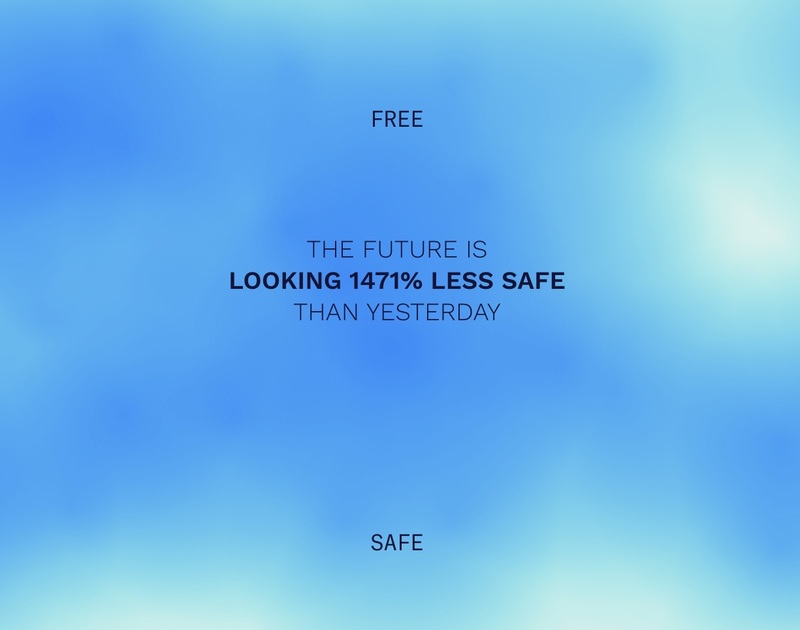 Moving Past the Circular Logic of Terrorism

[Please be advised. This article contains imagery of 9/11 that may be upsetting to some readers.]

Another ISIL attack in the West, a threat on Washington D.C. and New York City, and the false sense of security that allows for the prosperity of the West to continue is shaken. The combination is just enough to entice xenophobic trolls to get the people’s blood boiling, again. These tragic moments of terror recur with a frequency that has become divorced from, yet prescriptive of our current state of reality. The regime of safety, the Pax Modern, has long been predicated on the fear of an external aggressor—the communists in the 20th century, terrorists in the 21st. On September 11, 2001, I remember watching CNN with my classmates as the Twin Towers fell over and over again in a non-stop loop, as if the news was conditioning us for a new reality, a “post-9/11 world” it would be called. That loop became a meditation on destruction, the imaginary-come-real boundary of the Pax Modern.

Terrorism is often dealt with as ideological decay: “these individuals are marginalized to the point that their only access to agency is through destructive acts.” Or, alternatively, terrorists are demonized and we are asked to accept an absolute: evil exists. However, absolutes, outside of rhetoric, are rather useless when it comes to understanding an issue. Most policy makers understand this. So how do we cope with the boundaries of ideology and the inevitable decay? What forms of logic can we use to cope with these events? Most importantly, what forms of logic are needed to move beyond a reality defined by the terroristic act?

We live at a moment in time when two dominant forms of logic exist and are employed simultaneously: linear and circular. Circular logic is, for the most part, frowned upon in the Western world, which prefers linear logic and practical rationality in the service of progress. However when death rears its ugly head, circular logic is called upon to cope. Nietzsche noticed this and reintroduced the idea of eternal return to the Western world, asserting that within infinite time and in a finite world, logical structures lead to their own collapse and reinstantiation.

Events recur and with them, meaning returns, doubt returns; this dialectic confounds the intended directionality of form (i.e.: progress). In essence, time is a circle but it is perceived as a straight line as we move. Long-practiced rituals surrounding loss and death still remain because it is in these moments of tragedy that the philosophy of progress fails. Decay and Rebirth prevail and the point of agency is shifted from constructing the indestructible to making different choices in the face of recurring events. A lesson we find very hard to learn.

Indeed, we live in a time where circular logic is readily apparent not only in the actions of a marginalized cult of death (ISIL), but within the social-economic processes that determine value and therefore access and agency. As progress—fueled by technological advancement, always the right hand of culture—picks up speed, it is easier to notice the falsehood of an assumed outcome, the bedrock of linear logic. Yet, we resist. Algorithmically. Within the logical system of mathematics applied to social practices, the loop of circular logic transforms into less a vulnerability or opportunity, but a check. We see hope in mathematics, computations, and technology—look no further than the tremendous popularity of TED talks—because their imagined solutions would fulfil our fantasies of living within an absolute world.

A screenshot of the homepage for Åzone Futures Market which reflects the day's trading as relative to the ideals of Personal, Free, Communal, Safe.

The Guggenheim opened its first online exhibition last month called Åzone Futures Market. Åzone (pronounced ozone) trades in ideas, futurist notions of a society beyond the logic of today. How it works: A user signs up and is given 10,000 cåins (coins). They can then invest these cåins in a variety of concepts which are supported by external documentation—articles published on pop-blogs, science magazines, and news outlets. Other investors will either sell or buy and the value of future concepts are determined by a kind of faux-fiscal consensus. Åzone is a fascinating project developed by a large team of designers and contributors and it will be very interesting to watch how it progresses.

Take, for example, the concept of “Algorithmic Governance”:

Computerizing the political process has put an end to campaign contributions, gerrymandering, and lobbyists in favor of equality and sustainable resource management. Immune to the selfish, corruptible, and ideologically determined aspects of human nature, political decisions determined exclusively by machines have produced a truly objective government.

Algorithmic Governance has a value of 2,282Å at the time of publication. This idea sets up a choice—equality or freedom—it mirrors the same ideological debate that divides the West into Right and Left at the moment (minus the pseudo-religious elements) and gestures towards a world where the circular logic that allows for ideological difference to emerge is no longer an issue. The algorithmic checks the circular and prevents the rise of ideological difference, instead creating an absolute (interesting, no?) in the service of progress.

A second future of interest is Mechanized Risk—an idea which abstracts risk to the point where human life is forever safe and all risk normally assumed by the body is deferred to the mechanical. Decay is forgone in favor of permanent, safe, progression. Again, the goal is an absolute state.

The Left stuck in the middle.

In the wake of the Paris attacks, Slavoj Žižek put forward a much derided essay that claims a need for the Left to embrace its “Western roots” saying, “In spite of the (partial) responsibility of Europe for the situation from which refugees are fleeing, the time has come to drop leftist mantras critiquing Eurocentrism.” He hypothesizes that the way to fix the current xenophobia that sits in reaction to the terrorist attack is to:

First, formulate a minimum set of norms obligatory for everyone that includes religious freedom, protection of individual freedom against group pressure, the rights of women, etc.—without fear that such norms will appear “Eurocentric.” Second, within these limits, unconditionally insist on the tolerance of different ways of life. And if norms and communication don’t work, then the force of law should be applied in all its forms.

In a very real sense, Žižek is proposing we do what is already being done but come to terms with the West’s propensity for hegemony and accept it as the lesser evil when faced with a greater evil. This logic is old, it is flawed and again, evil does not exist. We’ve tried this logic and we’ve seen it fail and fall, over and over again. Rather than taking stock of the moment to truly ask, "Why is this happening again? Maybe we should not react how we always react," the only proposed responses are the same, on repeat: strike back. So what is the true suggestion here? A fix—which assumes the logic of progress—or the daze produced by a loop of terror set before our eyes? A new tact needs to be tried. 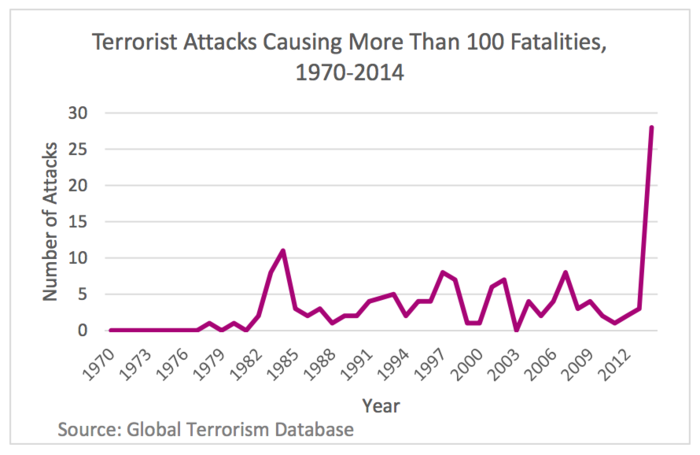 The Global Terrorism Database is an amazing resource for understanding terrorism on a global scale.

The Left’s floundering grasp on trying to find a position against both Western neo-liberalism and the “islamo-fascist,” as Žižek calls it, movement in the Middle East is comical in its resignation. There ceases to be an imagination. This, at a time when technological possibility has extended the social order in ways that allow for the creation of new ways of being human.

This is the hope represented by projects such as Åzone—that progress need not be an exercise in forgetting and that transformation is a possible state of being.

(Image at top: A screenshot of the homepage for Åzone Futures Market which reflects the day's trading as relative to the ideals of Personal, Free, Communal, Safe.)