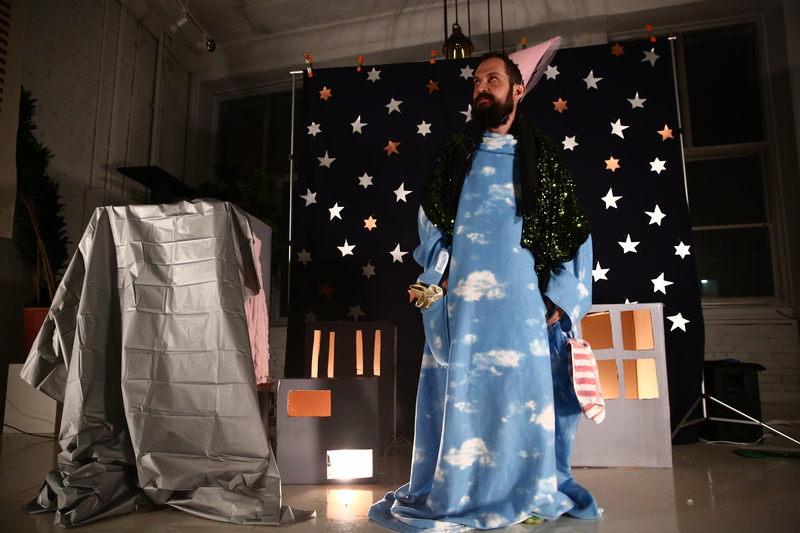 People wandered into the Colony, a designer co-op in Chinatown, in pairs and groups. We positioned ourselves in the middle of a minimal showroom of contemporary case goods and textiles, facing the cloth backdrop and cardboard props that set the stage for Duets, a performance by David Gilbert and Paul Pescador presented on November 8 as part of Performa 15. The set was crafty but well crafted, with a cardboard cityscape lit from inside and paper stars on the night-sky black background.

In Duets, Gilbert and Pescador combine playful makeshift costumes, puppets, and a surprise inflatable pretzel with back-and-forth narratives of two individuals over the course of a relationship.

“Should we get a drink? Perhaps, coffee?...I don’t drink coffee but I am sure I’ll find something to drink.” 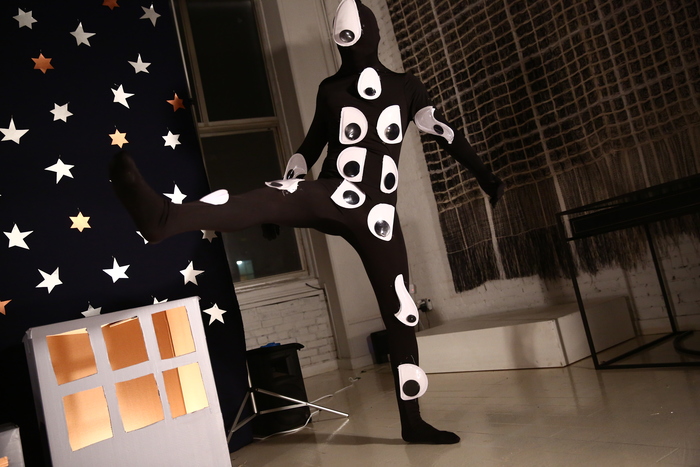 At some points intimate and poetic, and others banal, a procession of costumes follows, in simple but elegant dances to the tune of orated memories, wandering thoughts, and vague questions. The questions are never answered, and the two interchanging voices fail to provide two halves to the whole story. The narrative, like its muted set, is uprooted and wandering. From unnamed street corner to motel room, inside the car, at the beach or the desert, New York or LA—the life of the relationship is encapsulated in time spent in unremarkable spaces. The relationship falters, deadened by limitations of time and desire.

“I need time alone, and you are taking up a lot of space, and a lot of my time, and we all end up on this beach alone.” 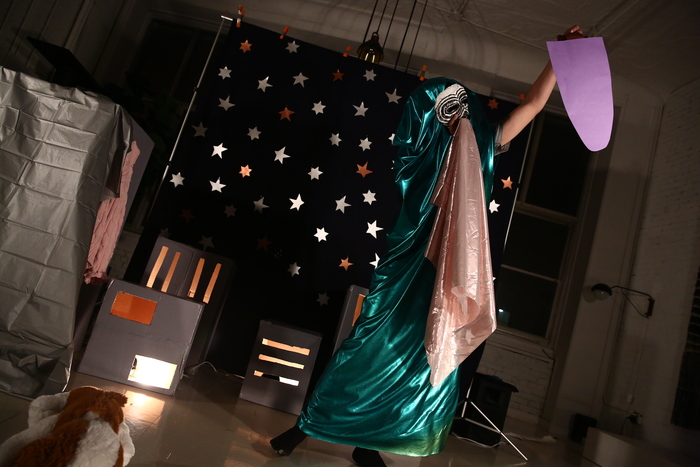 Grander narratives are kept arid by the self-effacing references to set and costume, numerous mentions of time spent together eating ice cream, and ultimately a lackluster climax in the form of an absurdist push-and-pull dance with both men contained within the spaces of a giant inflatable pretzel, unable to get any closer or farther away than the pool float will allow. 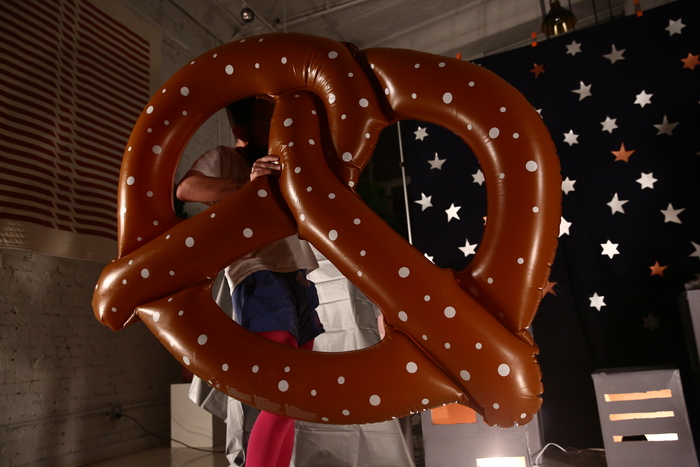 What results is a wispy sketch of tragic comedy. The costumes provide overt levity, drawing chuckles from the audience, but the overlaying somber narration outlines a caricature of lovers, neither too sad nor too absurd to sway the mood. Silly costumes and ice cream aside, there was sincerity throughout the performance. The quick turn from flirtatious introductions to frustration, even annoyance, at a partner’s constant presence was well scripted, as were more tender memories shared between the two. As I shuffled out quietly with the rest following the performances closing scene, I couldn’t help but feel as though what had been captured was only the folly one feels in a relationship without any of the substance. But maybe that is how everyone feels when it doesn’t work out.

David Gilbert’s concurrent exhibition, Secret Garden, a series of photographs employing a similar aesthetic to Duets—playful sets and compositions constructed and documented inside the safe confines of Gilbert’s studio—is on view at Klaus Von Nichtssagend until December 6.