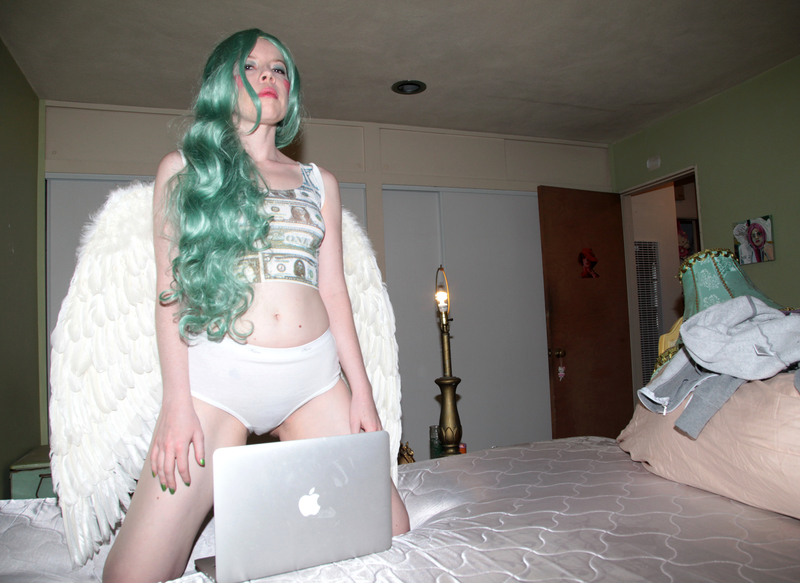 Feminism is "trending": but, as we've written before, that's not necessarily a bad thing.

There's no doubt that we're experiencing a fervent new wave of visual feminism that has seen wider exposure than ever before thanks to online platforms. The “4th wavers,” a new generation of feminist practioners who are choosing to use visual activity as a core means for resolving their thinking, have forged an unprecedented symbiosis between experimental and formerly marginal forms of culture and the mainstream.

The dialogue on feminism over the last five years can be charted in parallel interests in both mass culture and the art world: Lena Dunham's Girls (first broadcast in 2012); artist Petra Collins' unshaven bikini line Instagram scandal; Emma Watson's UN speech on gender equality in 2014; the online exhibition Body Anxiety this year. The push for new ways of seeing women and new definitions of femininity and gender in general has been coming from across the cultural spectrum. 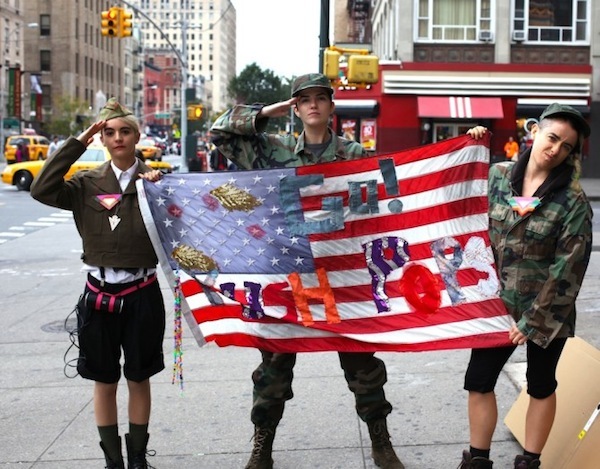 The F Word, a new feature film by Robert Adanto, premiering next month in the US, documents the performative practice of some of these emerging female artists. It’s an example of how contemporary feminist art practice can now be explored outside the narrow confines of the art world—something that seems even more necessary when the art world still handles the female-image from a limited perspective. The film provides not only a way to access peripheral works in an approachable way. It also identifies a growing movement. So what is 4th wave feminism? Adanto explains:

I see 4th wave feminism as a way of thinking that is open, fluid and connected, and one that is transforming our world. The artists in my film are savvy and self-aware. They came of age on the Internet, and they have used this platform to connect and support one another, share their works, and exchange information. I think this is one of the things that makes it so interesting and exciting. All of the artists in The F Word use their bodies as vehicles in their art making, and most of them are subverting the traditional relationship between the object and the viewer by presenting a female perspective. 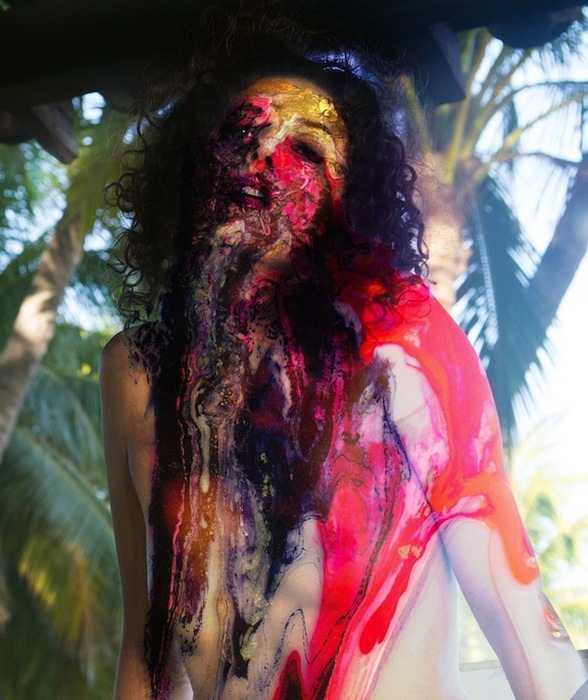 Leah Schrager, Must Know Next To Nothing To Be Everything (Model Mantra), 2015, C-print

But significantly, Adanto’s film adds a male voice to the feminist discussion—something that is still, sadly, vastly lacking—almost a confirmation in itself of the inherent inequality in our society. I asked Adanto in an email what drew him personally to the subject:

When I stumbled upon Abyssinia Scratchitti's Hip Hop Scholarship, a performative video sculpture by Katie Cercone of Go! Push Pops in Momenta in Bushwick, I knew I had found something really interesting to explore, and contacted Katie that night. She shared the catalogue for Goddess Clap Back: Hip Hop Feminism in Art, a show she curated at CUE Art Foundation, featuring Narcissister, Damali Abrams, and Michelle Marie Charles, and I kept researching on my own, looking for artists who would help to complete the mosaic.

The film features interviews with emerging artists such as Narcissister, Kate Durbin, Leah Schrager, and Ann Hirsch. While there are many new feminist artists working predominantly online, Adanto decided early on to focus on female artists who work with their own body, and in performance—URL and IRL—to show the impact of their ideas and works that are rarely explored or understood, in an accessible format, with commentary from academic experts, Dr. Kathy Battista and Kristen Sollee.

Does the lack of exposure mean these artists still have influence? Adanto writes:

I think when people are introduced to these works they cannot help but ask questions and think about what the works represent. Getting the work out there is becoming easier and easier as much of it is online. Still, I am not certain that the average person knows how to gain access to it. Fortunately, Artforum, Art in America, and other online publications such as your own have done features on several of these artists, so there is growing attention and interest. Instagram and other social media have also helped to promote this work.

But the term “4th Wave Feminist performance” is, clearly, not going to appeal to everyone. A persistent challenge to feminism in general is a negotiation with the stereotype "bra-burner" views. Coupled with an art form that is often considered abstruse, any documentation and discussion has to be able to reinforce feminism's purpose while demystifying its esoteric and intimidating aura. Yet at the same time, new tensions have arisen from the big consumer appetite for feminism. With its hashtag popularity, the movement could be derailed from its aims of achieving equality. It’s a challenge that Adanto was aware of in making his film, too:

"Feminism" is trending at the moment, and yet I doubt Taylor Swift knows who Go! Push Pops are. Hopefully, this film will spark interest in their work! I can't seem to get enough of it. Their work is life affirming, and yet often subversive. The artists in The F Word are courageous and I feel quite honored to have had the opportunity to document what they were creating in 2014/15. 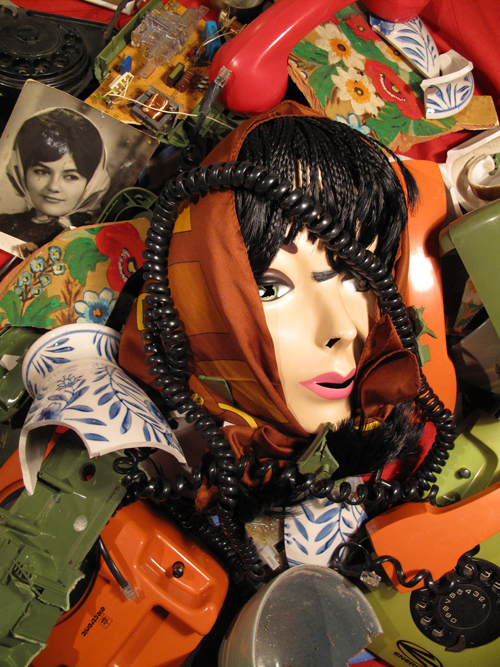 So what can the average person expect to learn about 4th wave feminism, watching the film?

I think people will leave the theatre knowing that women remain underrepresented in the art world and that feminist work remains largely on the fringes. It’s my hope that they will leave knowing that feminist art is alive and well, and that it didn’t die in the 1970s. It's thriving while going through a revival. One of the reasons I chose to open the film with a discussion of the lives and works of Hannah Wilke and Carolee Schneemann was to suggest this continuum, as I believe the younger generation is well aware of its place in the history of feminist art-making.

Whether it manages to attract the masses or not, The F Word constitutes an important step towards encouraging deeper critical thought about works that rarely receive more than sensationalist exposure in the press.

The F Word premiers on November 14 at the Fort Lauderdale International Film Festival. You can watch the trailer for the film here:

The F Word Official Trailer from Deborah Jones on Vimeo