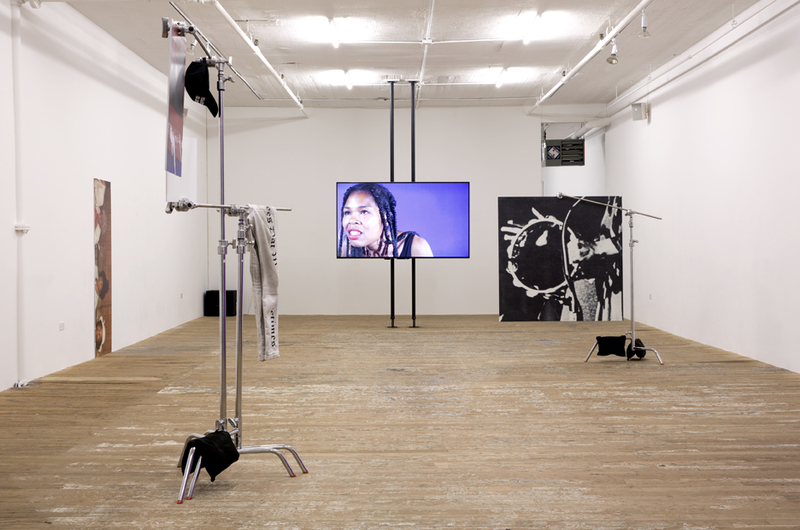 Black Womanhood and the Language of the Hand

Martine Syms is a funny woman. This is what I thought as I stood in Bridget Donahue Gallery watching Syms' Notes on Gesture, the short video that anchors the artist's first solo show, Vertical Elevated Oblique. Syms talks to us, her viewers. Or maybe, more specifically, her viewers that are not black women. It's all in the hands. 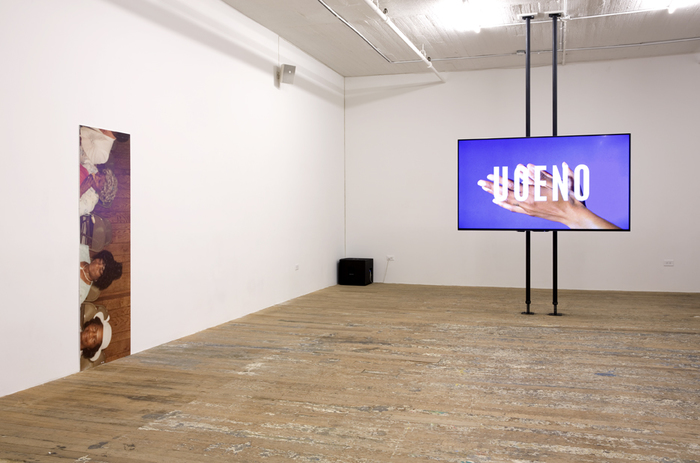 Set to continuous loop, Notes on Gesture features artist Diamond Stingily recreating familiar phrases and hand gestures most readily attributed to black women in pop culture. Against a bright purple backdrop, she re-stages the classics: there's the hand clap as in "you've picked the wrong one to mess with today"; the finger wave of "no no no"; the omelet it slide, or "imma let it slide, I just gave you a pass"; and the bonnet is on—no sex tonight boo.

All the while Stingily is neck rolling and gum smacking, repeating everything to make sure you get the point. At this point a certain type of viewer might laugh but think: this is caricature. This viewer is not entirely wrong. See the thru line of the exhibition, a joke that according to the gallery text inspired the artist: "Everybody wanna be a black woman but no one wanna be a black woman."

Syms' use of humor in the film instantly calls to mind the many late night comedy show skits that have the tendency to poke fun at a perceived notion of black womanhood. What these performances often miss is the real political ecology in which such cultural gestures live. That is, cultural signifying is not arbitrary: there are codes and rules that govern the use of gesture one in situation A and gesture two in situation B. 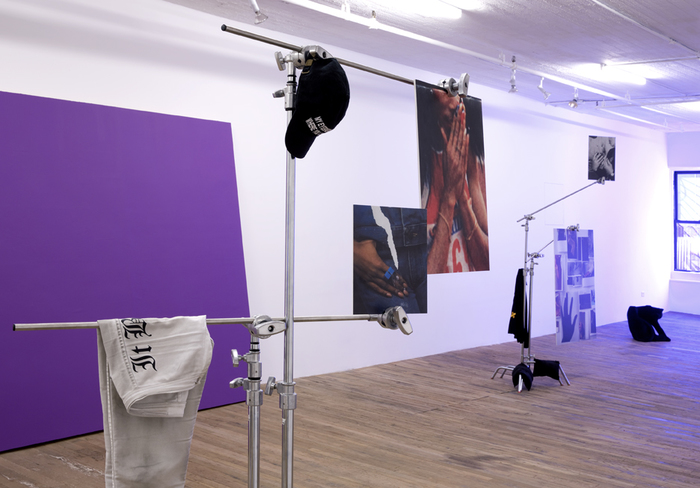 Syms is also a smart woman. The exhibition is a play on John Bulwer’s Chirologia: Or the Natural Language of the Hand, a 17th century text which discusses the multiplicity of gesture and manual rhetoric. The remainder of Vertical Elevated Oblique attempts to reckon with this very fact: the codes of gesturing. Syms uses the space to assemble a physical representation of her film by filling it with a series of double-sided photographs and other images, mounted on metal C-stands. Hanging from these stands are also jeans, fitted hats, and other pieces of clothing with phrases such as “my eyes remind you where you came from” and “It bees that way sometimes.”

A large purple wooden square, the same color as the backdrop in film, rests against the gallery wall furthest from the entrance. A purple color filter is used to light the area nearest the gallery’s front windows. 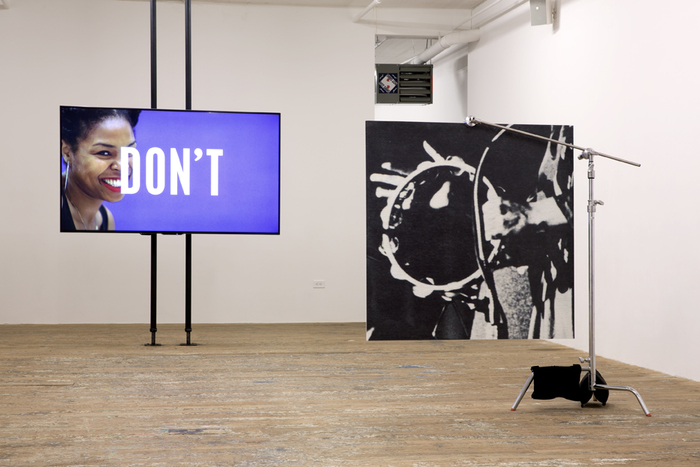 Yet as a tool for display, the physical world of the film falls flat. Indeed, the most successful components of this installation are the photos themselves: they signify the signifying. The close-ups—hands on hips, hands playing a tambourine—assert a lived experience full of nuance. In conversation with one another, Notes on Gesture and these images speak to the way black womanhood is volleyed between extremities in pop culture, between caricature and performance, hyper visible—or hardly noticed at all.