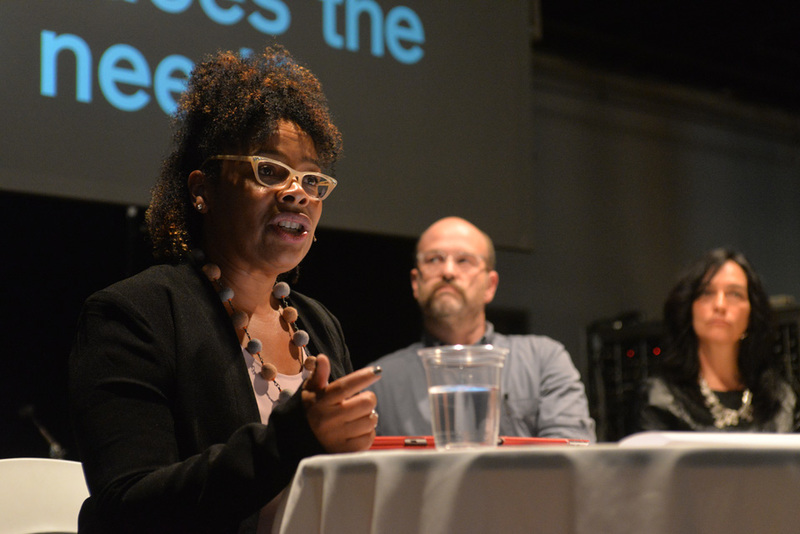 This past week, more than four hundred art organizers and alternative art space practitioners gathered at the Soap Factory in Minneapolis for Hand-In-Glove 2015, a semiannual conference, to discuss, debate, and digest a wide range of concerns in the field. The idea itself posed a challenge, with one panel aptly titled “What is Our Common Field?”

In its third iteration and gaining momentum, this year’s event was co-organized by Common Field and Works Progress Studio. The list of participating organizations was long and impressive, with representation from Project Row Houses, Houston, Temporary Art Review, St. Louis, Complex Movements, Detroit, and Creative Capital, New York, to name a few, and a very strong Minneapolis presence of both organizations and independent artists and curators. The broad national showing was vital in upholding themes of decentralization and the alternative, to the extent that larger cities like New York, Chicago, and LA felt like outliers. As an attendee hailing from Brooklyn, NY, I found myself often wondering what I had to contribute to such a rich artistic ecology of thought created by the diversity of site and mission.

The convening marked the official launch of Common Field’s website, which aims to promote connectivity and discourse among contemporary and experimental organizations across the nation and abroad. Co-founder Stephanie Sherman articulated that the goal of Common Field is to be responsive to the needs of those in attendance, the founding members of the network. The convening was defined by its participants, who themselves were not defined by geographical location, constituency, model, structure, interest, or approach. It made for interesting conversation, at the very least, with an ongoing dilemma of definitions. Each panel attempted to carve out a vocabulary that would allow presenters and attendees to speak the same language. While not always successful in this endeavor, any conceivable failures or concessions were undeniably fruitful in the way the very process of searching for common ground prompted everyone present to investigate personal positions, biases, and ideologies. Works Progress Studio collaborative director Shanai Matteson reminded all present to be “conscious of the fact that shared terminology and shared definitions is one way we build a community…. but we also learn a lot and build community where there is friction and difference in the way we think about important words and concepts and terms.”

While the panel discussions often felt disparate, threads could be found throughout the four-day convening. The buzzword of our day, gentrification, was parsed through cautiously, along with its causes and consequences: displacement, erasure, place-making versus place-taking, and the implication of artists in all of it. This concept took on a very site-specific tilt, with a powerful presence of indigenous Minneapolis-based Dakota artists and activists such as media artist Mona Smith, expanding the conversation from rising rents in Brooklyn to America’s long history of violent land-grabs, seizure, and use of eminent domain. 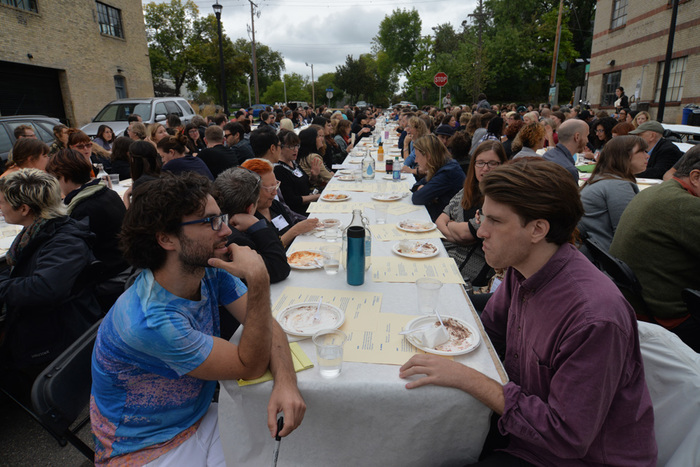 Another hovering concept was that of systems, a stand-in term for market economies, traditional and restrictive funding structures, and perhaps the very idea of structure itself. If there was tension, it was often found in discussions between those who described concrete, “on the ground” approaches to operating organizations not geared toward profit within capitalistic economies and those who proffered more theoretical considerations and anti-establishment attitudes. This created, at times, a dichotomy of those panels that remained in the realm of theory and speculative models and those who aimed toward the logistical needs of administrators and organizers.

The panel discussion “Place Race Geography & Power,” directly addressed a slew of these issues in a challenging discussion that took place primarily between host Chaun Webster of Ancestry Books, Shawn(ta) Smith-Cruz of The Lesbian Herstory Archives and Lambey Press, and Wiisaakodewinini artist, academic, and activist Dylan A.T. Miner of Michigan State University. While Webster and Smith-Cruz argued definitively for the concept of ownership as a means of control and power specific to communities of color, Miner tasked his fellow presenters and the audience to consider the concept of ownership as violence, and any form of ownership as part of a colonial settler mentality.

There is room for both arguments, and all parties involved knew better than to attempt to reach a shared resolve. Where Miner’s arguments were rooted in the history and theories of settler colonialism, with references to Stuart Hall and Anibal Quijano, Webster and Smith-Cruz’s position was based “on the ground.” Webster articulated his views simply: “We reify the systems we try to rebel against. I am very aware of that, but I think we need to own some shit…. I think that if particularly black folks in North Minneapolis don’t think about owning some shit, they will no longer be in North Minneapolis.”

Ultimately the presenters found themselves not defending opposing views, but rather describing different timelines. Where Webster and Smith-Cruz stood for immediate action in the form of purchasing real estate to maintain and protect artistic communities of color, Miner acknowledged the realities of working within a system, while positing that one is not able to undermine it from inside, and concluding with the question, “How can we push ourselves, collectively and individually, to some thing else?” 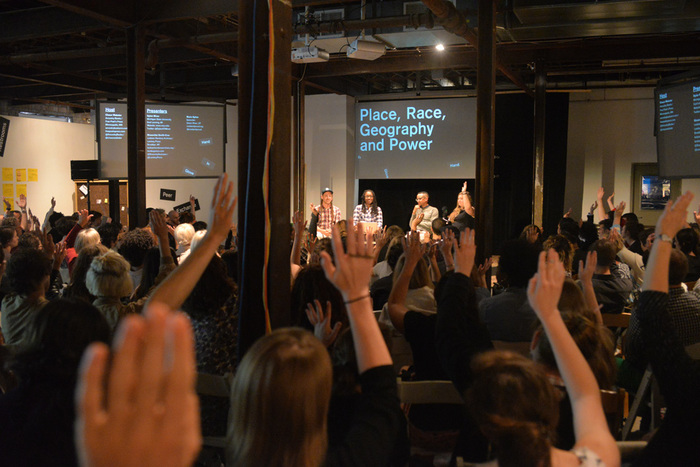 The response to a question of house ownership during the Place, Race, Geography and Power talk

Such a question was at the heart of much of Hand-In-Glove. Often discussions came from positions of lack or struggle. Once one recognizes that the 501(c)3 model does not function properly for most art organizations, what other structures could one envision to carry out the work of supporting art outside of the market? There were undertones amongst some in the audience that much of the discussion did not address some “real” alternative, or the most alternative of alternative. The term itself took many forms in four days—sampling from the broad range of participating organizations, it was considered in terms of a unanimous opposition to profit-driven models, characteristics of race or class, de-centralized locations defined by population or demographics, emphasis on activism and social justice, and the list goes on. At the end of Hand-In-Glove many questions were left unanswered, and commonalities were no more frequent than differences. The general consensus seemed to be, however, that there was a willingness on the part of participants to complicate issues that are too often over-simplified. Furthermore, there is now an established platform in the form of Common Field and its annual convening to host these discussions, which will undoubtedly foster new partnerships, collaborations, and criticality within the field moving forward.

Videos of every panel can be found online: http://livestream.com/commonfield/convening as well as responses written by those in attendance can be read here: http://temporaryartreview.com/hand-in-glove-a-social-response/.

The Best Non-Profit Art Spaces in the UAE
12/9/15
COMMENTS (1)
Fielding comments
Thanks for posting this article Tara. These were important conversations, and this is a good resource for followup.
Comment by: nathanaelflink on Friday 09/25/15 at 9:45 PM
ArtSlant has shutdown. The website is currently running in a view-only mode to allow archiving of the content.