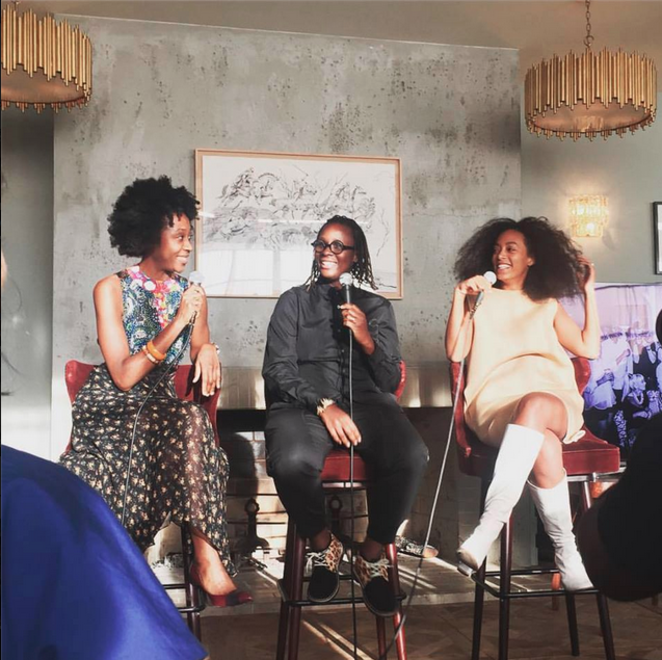 Naomi Beckwith in Conversation with Solange and Mickalene Thomas

On Wednesday evening, EXPO, in partnership with Kavi Gupta and Saint Heron sponsored a panel discussion at the artsy clubhouse, Soho House, Chicago. The panel, moderated by MCA curator Naomi Beckwith, consisted of Mickalene Thomas and Solange. (Full disclosure: ArtSlant’s Stephanie Cristello works for EXPO Chicago and helped organize the panel.) The names on the panel were enough of a draw but the discussion between these three creative world heavyweights was a fascinating and timely conversation with topics ranging from the aesthetics surrounding the emergence of a black American identity to working as a female creative.

Thomas, a visual artist who mostly works with photography, sculpture, and installation has long been a collaborator of Solange's. Thomas was responsible for the image on Solange's album True and the aesthetic of bright patterns can be seen to influence the music video for "Losing You," the album's first single, which depicts Solange dancing around Cape Town with Le Sapes, "Society for the Advancement of People of Elegance," a group of Congolese dapper dandies who live by a strict code of fashion. 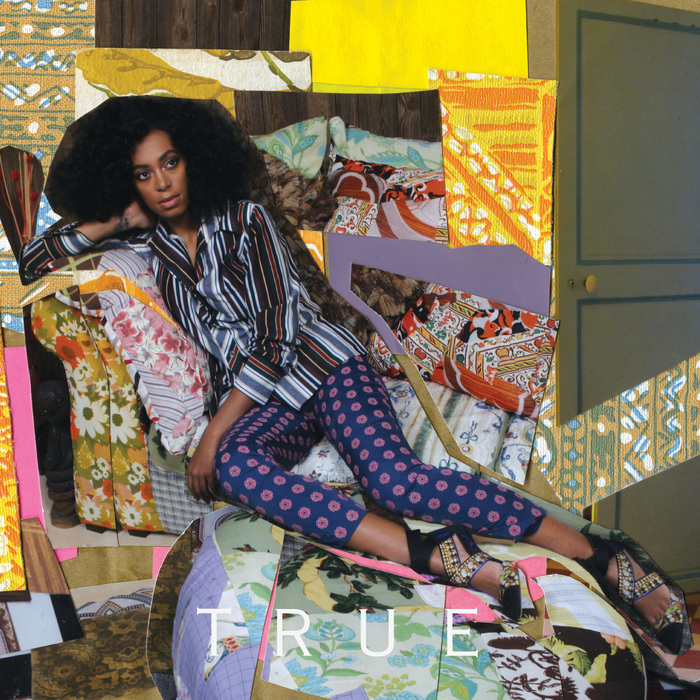 The album cover for Solange's True, by Mickalene Thomas

Solange came about Thomas’ work online and became enthralled with her depiction of black women in powerful yet vulnerable poses. “I remember receiving the email and saying to myself, ‘That’s Beyonce’s sister!’” Thomas recalled. “We just both appreciated each other’s aesthetic,” she continued. Solange mentioned that that first email included a lot of caps locks.

The aesthetic of Mickalene Thomas recalls the aesthetics of the 50s, 60s, and 70s. “There was a consciousness amongst African Americans who didn’t want to assimilate like their parents did… I pulled from that as signifiers in my work to create a political stance.” 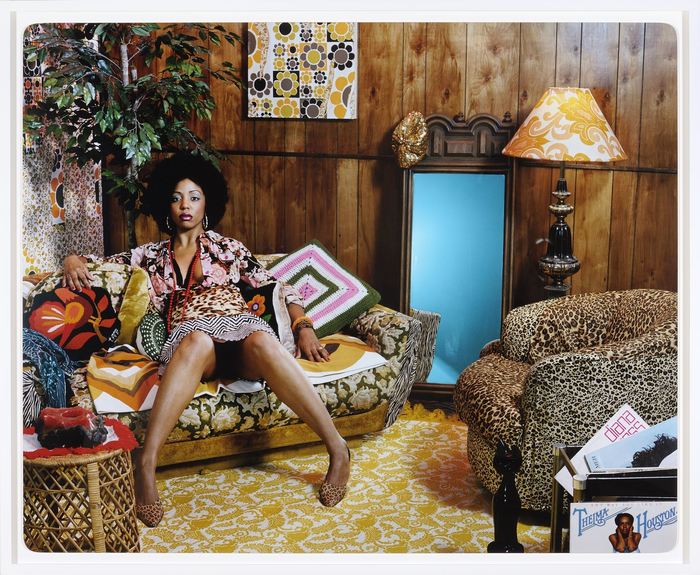 Solange grew up in a hair salon in Houston, Texas. After school, she and her sisters would go to the salon until late in the evening. It was there that she came to know so many different women and develop an idea and an ideal of what it meant to be a woman within her own community. “I had so many [women that influenced me], so many women, lawyers, doctors, strippers, drug dealer’s wives—I used all of those women as models and identified what I appreciated about each of them. I had 2,000 aunties.” Her mother grew the business into a successful salon and having this role model, and all these role models, influenced her greatly.

It's esay to see the alignment between the goals of Solange and Thomas. Thomas' work offers textually rich, powerful individuals with a focus on creating a narrative of new power aesthetics. While Solange grew up with sisters, Thomas grew up with brothers and it was in that testosterone pool that she began to be fascinated by the representations of women within African American culture. "Black women are not bitches and hoes," Thomas retorted to the kind of language used to describe black women in popular culture. "How can I represent the beauty of the everyday black women I see in my life? That's what I try to do."

Negative depictions of the self, as reiterated by the media and one's surroundings, can seed deeply in a person. Many today, like Solange and Thomas, are working to recognize and confront these challenges to a woman's sense of beauty and self-image. Solange described these internalizations and overcoming thusly: "I recently ended a festival by singing 'Young, Gifted and Black'... I've been familiar with that song, but I never performed it and it was a moment where I could actually perform it without fear and accept it."

(Image at top: From left to right, Naomi Beckwith, Mickalene Thomas, and Solange at the Soho House Chicago. Image courtesy of Stephanie Cristello.)

What’s In A Multiple?
9/19/14
COMMENTS (0)
ArtSlant has shutdown. The website is currently running in a view-only mode to allow archiving of the content.