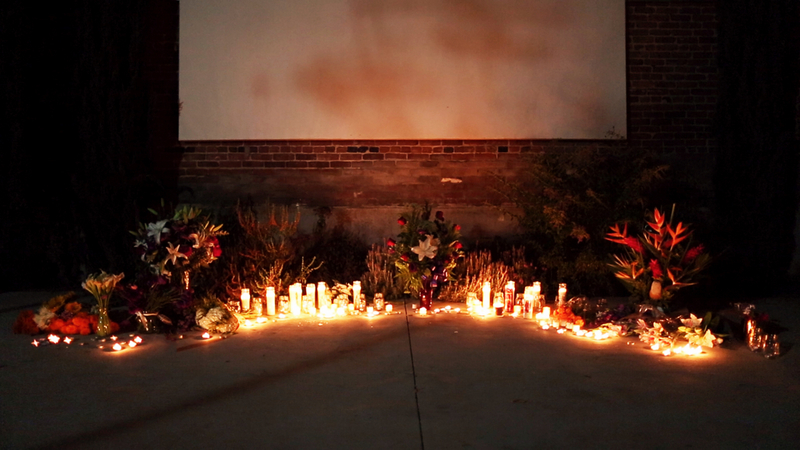 A Visionary Who Created a World: Celebrating the Life of Noah Davis

In 2009, Noah Davis completed his painting The Year of the Coxswain. Five brown-bodied figures carry a boat across the frame and past a figure clad in black holding a trumpet at his side. It is a painting tremendous for its potent symbolism that lays no precise claims, for its mysterious foreboding rendered like a summer landscape.

Much of the art world is still in mourning for Noah who on died Saturday, August 29th, at his home in Ojai, California. He was 32, his far-too-soon passing caused by a rare form of cancer. He is survived by his mother, his brother, artist Kahlil Joseph, his wife Karon Davis, with whom he co-founded the Underground Museum, and their 5-year-old son Moses. He is also survived by his adopted city, Los Angeles.

Just this past spring, any Angeleno could find The Year of the Coxswain, reproduced in miniature on the cover of the Los Angeles Review of Books. It seems that Noah was chosen for the journal's artist portfolio just as his star was rising, or perhaps rocketing (since one could argue it's already risen), both in LA and beyond. LARB Editor-in-Chief Tom Lutz introduced Art Director Megan Cotts to Noah's work early in 2015, and shortly after his images graced their website, followed by a 16-work selection in the journal's Spring print edition, accompanied by an essay from Hernan Bas. Lutz commented, "As a fan of figurative painting, I was predisposed to like his work, and knowing how hard it is to build things, I was extremely impressed by the success of his Underground Museum...I was immediately taken with his work at a visceral as well as intellectual level, and I feel his loss keenly." 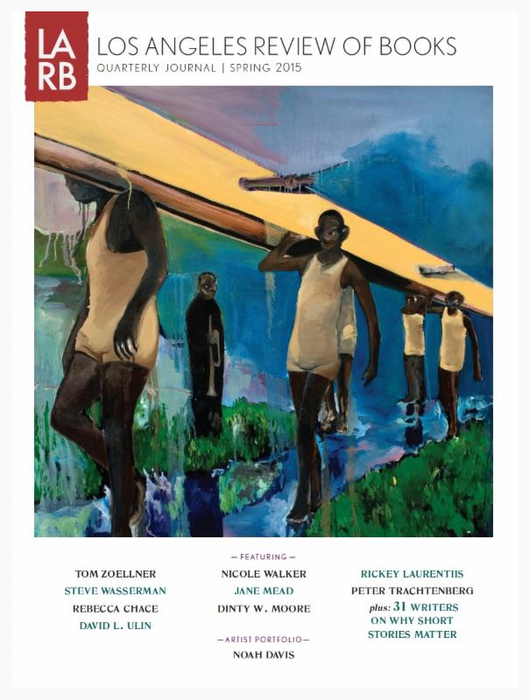 “He got Los Angeles...He got that you could do impossible things here. That this was a brown city, a black city,” said MoCA curator Helen Molesworth in the LA Times.

Noah is most widely recognized as a painter, known for his large-scale, figurative paintings with primarily black subjects. They are often surreal, with blurred or blank faces in scenarios that have no legible moral verdict. Noah described his own work as depicting “instances where black aesthetics and modernist aesthetics collide.”

Born and raised in Seattle, he moved to New York City to study painting at Cooper Union, but moved to LA in 2004 without graduating, prompted by his own rejection of what he saw as art school's conceptual agenda. He told Dazed in 2010 “it’s very important that art remains to be about ideas, but it shouldn’t be an either or battle between concepts versus painting. They can exist together.” In 2007, Noah's paintings came to the attention of Bennett Roberts of LA's Roberts & Tilton Gallery, who would represent his work for five years. Roberts said of Noah, “His touch had a real pulse. He had this thing that cannot be taught." 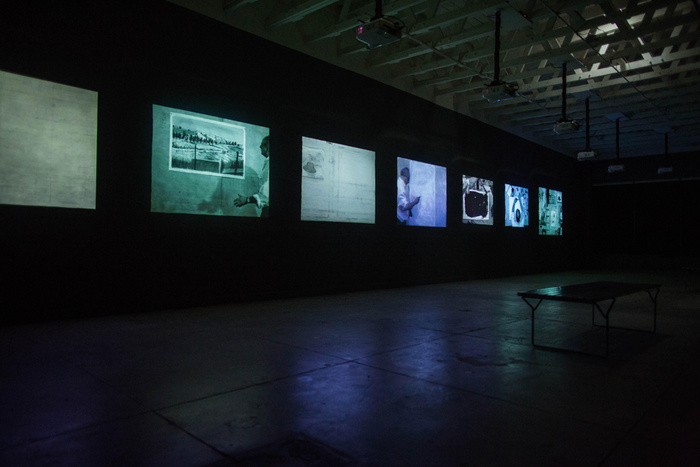 William Kentridge, Journey to the Moon, at the Underground Museum

Noah's 2014 show Garden City at Leimert Park's Papillion Gallery featured paintings in his traditional large-scale format, anchored not only in unnamed, imaginative territory, but in a very specific place -  LA's Pueblo del Rio housing project. Built in 1941 with the assistance of famed architects Richard Neutra and Paul Revere Williams, the Times once described the South LA “garden city” as “a place beset with crippling poverty and gang violence for much of its 67 years.” Noah's paintings blend scenes of Pueblo del Rio's empty architecture with black artists performing “classical” arts—a pianist, a trumpet player, a conductor, and six ballerinas whose extended toes point the way to a dark door on the one-point perspective horizon.

Noah lived to see his vision of bringing “high art” to unexpected (for lack of a better word, read: poor, non-white) locations become a reality. In the first exhibition of a 3-year collaboration with MoCA, this past summer the Underground Museum became home to South African artist William Kentridge's 7 Fragments for George Méliès, on loan from MoCA's permanent collection until November. In what seems a rather bizarre choice of words, an LA Times reporter covering this monumental collaboration wrote, “[7 Fragments] is on view in L.A., but it can't be found at any museum.”

Noah and wife Karon Davis founded the Underground Museum in 2012. They set to work remodeling what had once been storefronts, a pupusería, and a church, along Washington Boulevard in Arlington Heights. The space's first exhibition was Imitation of Wealth, which opened in 2013. Writer Catherine Wagley described the show: “[It] imitated work that's...usually talked about only by people with college educations and a certain amount of privilege. Making 'poor man's versions' was an attempt to level out the conversation.” A reprise of Imitation of Wealth has opened and will run until February next year at MoCA's new storefront initiative, a free-of-charge experimental space that will be occupied by artist-run groups in LA. 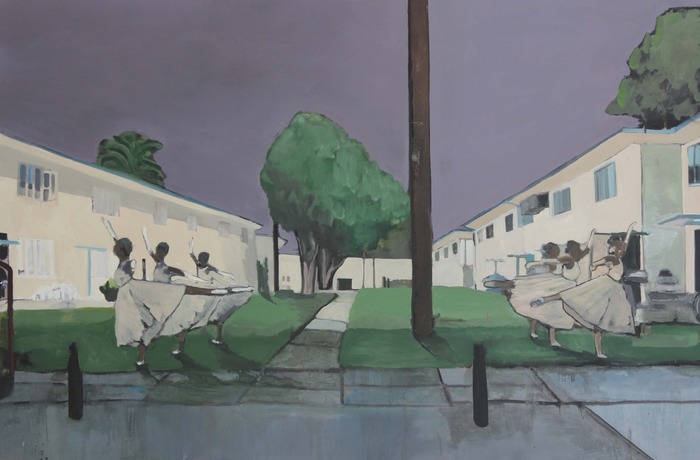 Noah has left behind plans for the coming years with MoCA's Helen Molesworth, as well as with his brother, filmaker Kahlil Joseph, who keeps an office at the Underground Museum. The space will host one or two of his curated exhibitions each year, featuring works selected from MoCA'S permanent collection of 7,000 odd works. One of these shows will be Non-Fiction, featuring works against the backdrop of wallpaper by Robert Gober, which shows a black man hanging from a tree.

To lose Noah is to lose a true visionary, but there is some comfort in knowing that he was able to accomplish so much, and so much new, in the time he was given. He noted five years ago,  “I think the dream for any artist is to create a world in which you can express your own ideas,” and this he achieved with astounding success, and more significantly, with sincerity.