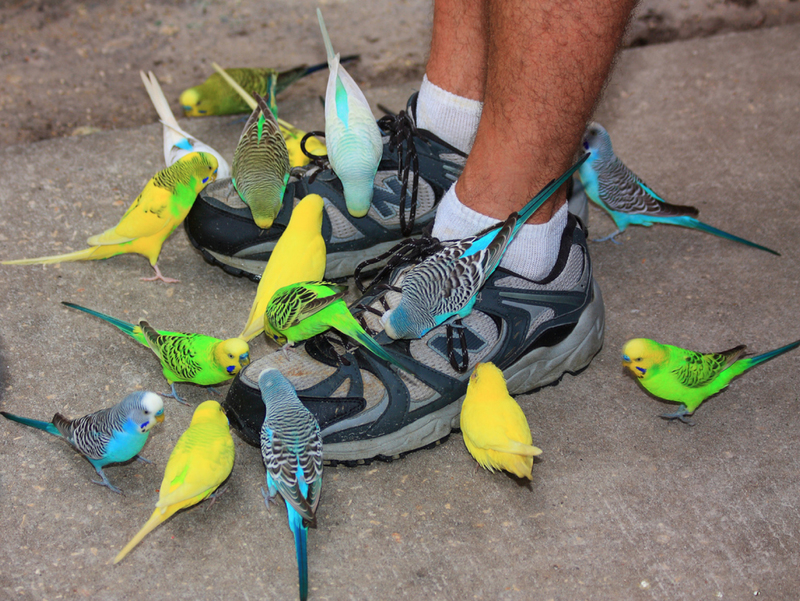 Installation Can Be Felt Underfoot

Rubble and rock crushed under foot. Dead twigs, rebar, and shoots pocked the boulder field like tiny flag poles, stripped of their sigils. Chirps from the ceiling revealed a nestled group of parakeets dropping white ordnance on a hill of grey concrete. The smell of dirt and dissolution hung in the stale air. Down some stairs, into a darkened basement, the first thing that greets is the smell of a bog, that slow but sweet smell of rot. Leaves float on three or four inches of murky water lit by a singular red light. A frog rests on the last step of the stairs, surveying its unnatural home. 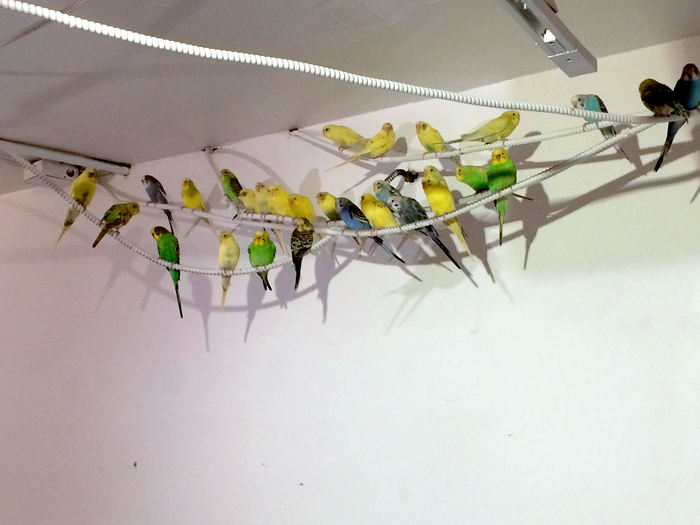 Louis B. James Gallery presented Martin Roth, Untitled (Debris), last night on the Lower East Side. The exhibition is the culmination of Roth’s trip to the border of Syria and Turkey where the artist collected dust and debris, which would then be mixed with NYC construction fill for this installation.

There is something about installation art that is irresistible when seen in person. Like walking into a different world, stepping through time and space into the mind of another person or, in this case, the situation of a group of people. Untitled (Debris) is a very literal transportation into a world destroyed, a world under threat.

If art is a portal, installation is a big-ass gate.

Installation art has certain qualities that give it a leg-up on other forms of art in the current state of artistic practice. It resists market influence through being largely unpurchasable. Instead, most installations rely on museum commissions. The downside is that installation can also be used as a marketing device, such was the case with Oscar Murillo’s A Mercantile Novel. Despite its apparent resistance to capitalization, this Colombian chocolate factory relocated to Chelsea became a talking piece, a point of reference to base the value of Murillo's more easily commodifiable paintings. And a great headline. Installations can serve as a legitimizing effort for an artist, like a kind of aesthetic potlach: much is given without much expected in return (aside from the press). 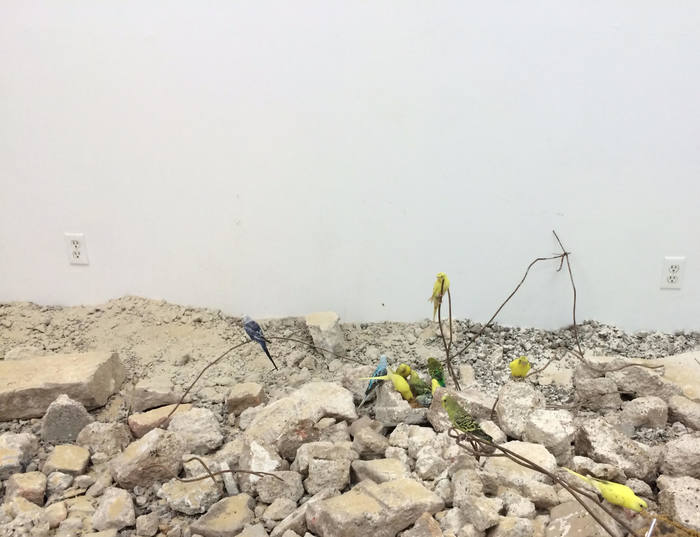 Still, installations are not the most Instagrammable. While not always—as we saw with Kara Walker’s A Subtelty and Phong Bui’s curation Spaced Out—the ability for installations to resist easy transference into the realm of circulating digital images is a quality that lends installation credibility through rarity. It must be experienced, first hand. As a consequence, it may also reside outside of the realm of image analysis and instead participate in dialogues grounded in theories of space and place.

While it may seem like an arbitrary distinction—image vs. place—the two could not be further apart. Image making in contemporary art is firmly rootless, bound to the world of advertising and pop that gave birth to it. This release from the referant is the image's own well of possibility. The image must interact with itself if it does not want to be just a copy. The image resists but can only do so within the world of images.

Place, on the other hand, is grounded in the subjective experience of a complex world in motion. There are millions of threads holding the schirm of experience together and with installation, they can be snagged, pulled on, straightened and tangled. Installation is dirty, dusty, and that’s exactly what I love about it. Perhaps it is because I am an arts writer and images need little from me. Increasingly, images (paintings, photographs, collages, etc.) are produced with virality in mind. Simple patterns, geometric play, pop colors—they are the International Style of the internet age: at home on every device.

Martin Roth does it right. Untitled (Debris) creates a place to reflect on the destruction halfway across the world that usually only circulates as images and headlines but does little to move us.

The debris of a violent and messy life is sharp underfoot.