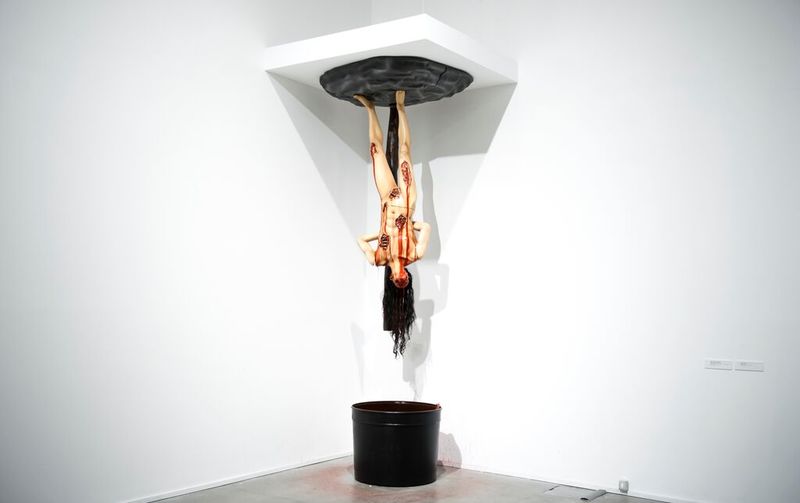 The Best Public Art Installations & Murals Around the World This Season

One of the best things I read about the status of art in the public space this year was written by Edo Dijksterhuis, covering Taturo Atzu's rooftop intervention on Amsterdam's oldest church: "It becomes like urban furniture, not something people notice. No one seems to care about monuments or how they’re perceived, whether they’re perceived at all. It takes a conscious effort to really see them again."

This really made me think: public art is a huge commitment, but it's true—it rarely has the ability to genuinely make us look, or re-look, let alone change our pace as we scurry by. What does "public art" mean to the public in 2015? To consider how effective public art is now, we have to think about what public space means to us, when, in much of the world, it is either rigorously surveyed or being rapidly privatized, and all the while we pass through it less and less, and at a faster and faster pace. Public art installations are viewed more often from a digital distance, within a rectangular frame of inches. Like every other art form, public artists have to meet the new challenges of our high-transience age, but in many ways, public art is in a symbiosis with the demands virtual space: both bypass the conventional cultural systems to find a place within existing, extremely open domains that are constantly moving and irreducible.

The first half of this year has brought some memorable pieces of art outdoors, that proves the enduring impact it can still have: from Creative Time's dreamy creations in Central Park in May, to the unlikely marriage of art and the Tour de France—and let's not forget the giant artwork with a mind of its own rolling through the streets of Toledo, Ohio... 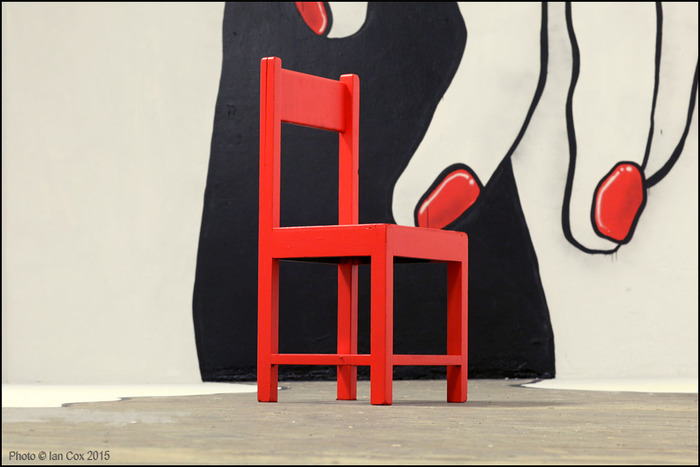 A preview detail of Ella & Pitr's exhibition at NuArt 2015, @ Ian cox at Wallkandy.net

The evolving festival phenomenon continues to create a big portion of new public artworks, and to bring international culture to otherwise neglected urban areas: an example is Norway's NuArt Festival, celebrating its 15th year. Many street art festivals that have sprung up in the last decade have modelled themselves after the commercial music festival, but NuArt remains a non profit. Their anti-commercial approach is apparent too in the kind of artists that they select each year too, carefully chosen to reflect new directions within the field, and link them together, like a oceanic exhibition, rather than a presentation for advertising agencies of the most popular names on the internet... The contention around the place of street art is as sour as ever, but NuArt soldiers on doing its thing. This year NuArt has produced the largest outdoor mural, in collaboration with French artist duo Ella & Pitr. The festival officially opens on Saturday night unveiling the new walls around the remote city of Stavanger over the weekend. 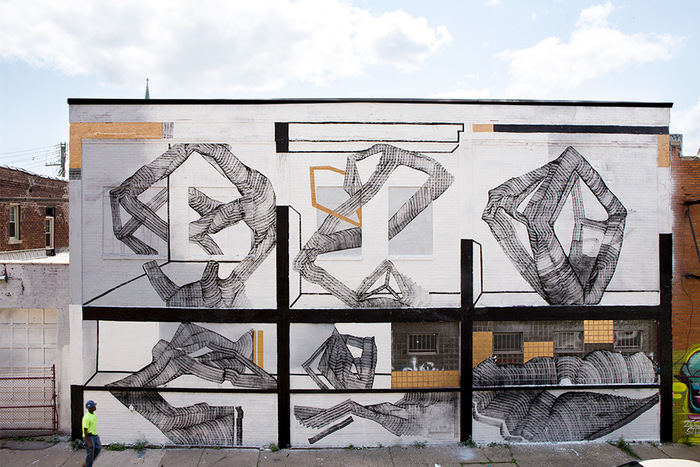 Never 2501 mural in Detroit organised by 1xRun, via 1xRun.com

Also in September is the inaugural Murals in the Market, a collaboration between 1XRUN (an art label founded by the team at Inner State Gallery) and Detroit's Eastern Market Corporation, that will welcome more than 45 artists, local and international. It's a new event but not just a temporary draw, as it's part of an ongoing relationship between 1xRUN and the landscape of Detroit, ensuring a continuous flow of artists who circumvent conventional cultural practices. 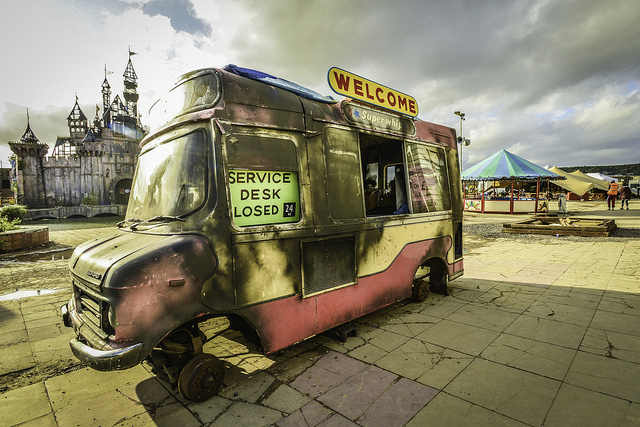 Dismaland, via Sleeves Rolled Up on Flickr, Creative Commons

Depending on your perspective, Weston-super-Mare is a slightly dodgy town who love Tories, or quite charming seaside relic in the UK (yes, British people go to the beach). It will definitely be transformed by Banksy's Dismaland (Brad Pitt has already visited. No local could ever have imagined the day). Banksy, being a native of the glorious English West Country, is more than aware of the ambivalent image of Weston-super-Mare, using it as the location for his latest project, a dystopic "bemusement park." Until the end of September crazed fans will be able to visit the latest offering from the left-wing paranomasia-loving artist for just £3, if you can get in. It will certainly be the biggest cultural event Weston has ever seen. 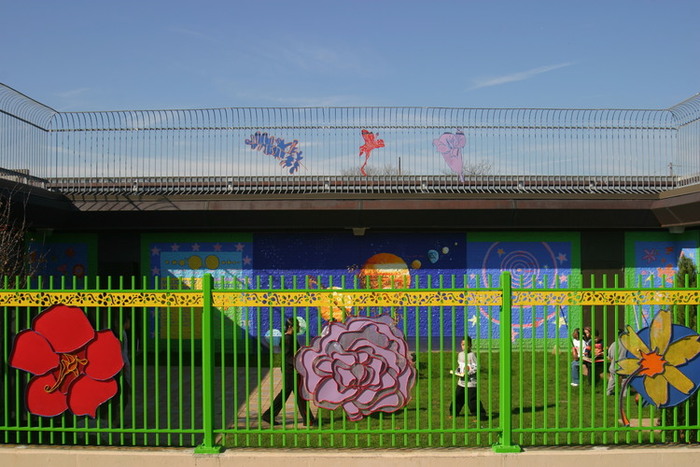 Philadelphia has a weird stance when it comes to art on the streets. If you've ever walked around the city, you'll have notice that it's void of graffiti, a fact that is even more peculiar when you come from the spray-soaked walls of New York just two hours away. The city's public paintings are controlled by art Big Brother, Mural Arts Program. In October, the much-anticipated Open Source opens, which will present new large-scale paintings by 14 international heavyweights responding to the city's cultural diversity and current social issues. While it's good to see local governments encouraging interaction with local concerns and promoting alternative cultural practice on such a scale, that response should be authentic, and government-sanctioned art often misses the mark. It will be interesting to see if Open Source can find a balance, under the guidance of street art's most famous curator Pedro Alonzo. 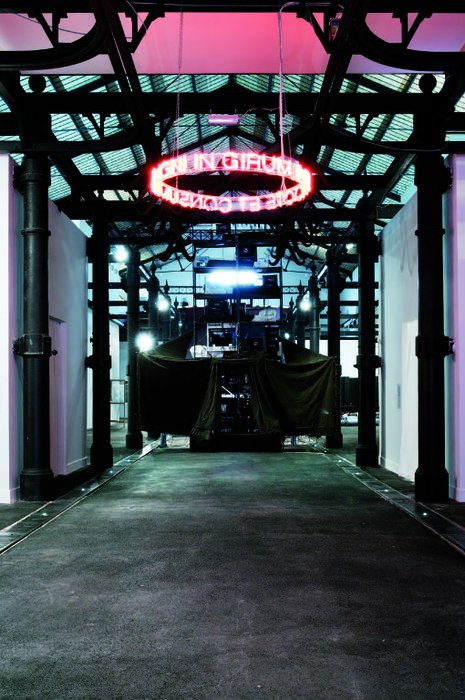 People with lots of money aren't always bad. Sometimes they even like to share their stuff: Going Public is the initiative of four leading European collectors, who will be displaying pieces from their collections for free at locations across the city of Sheffield as of September 16, including a rare Duchamp at Graves Galley and work by the Chapman Brothers inside Sheffield Cathedral. 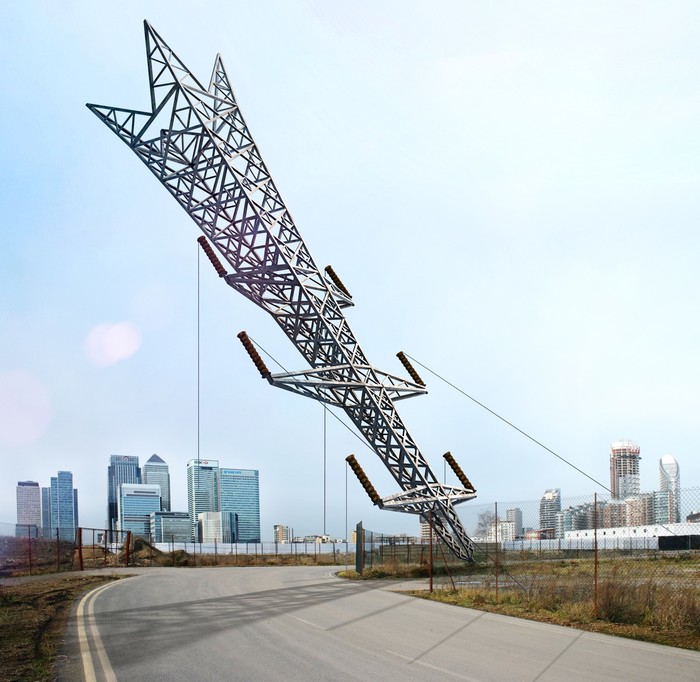 Alex Chinneck, A bullet from a shooting star, Rendering

Also in September, British sculptor Alex Chinneck will unveil a new 35-meter-high installation at Greenwich Peninsula, commissioned by the London Design Festival. A bullet from a shooting star will be illuminated at night, projected a maze of latticed shadows, viewable from afar. 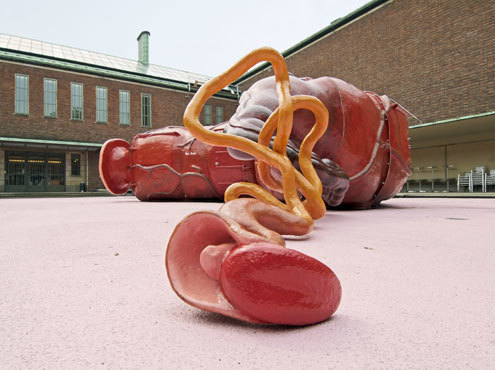 Another European nook being treated to an epic installation: Atelier Van Lieshout has set up a village at the site of a former industrial building in Bochum. The Good, the bad and the Ugly opened this summer as part of the Ruhrtriennale, with new and iconic works such as BarRectum on display for the whole of September. 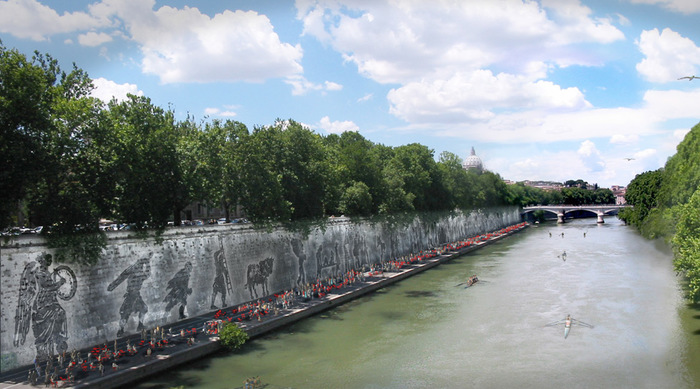 William Kentridge is friezing the river Tiber in the coming year, with a 1,800-foot mural that will stretch along the western banks of Rome's river. The mural will be created using stencils of Kentridge's Rome: Triumphs and Laments, erasing ephemeral forms from a century-long build up of layers of biological and man-generated dirt on the Travertine walls. The artwork will depict 2,000 years of historical figures and has no definite run time, since it will be slowly covered by the build up of pollution—but it officially opens on April 21, 2016 to mark the founding of the City of Rome.