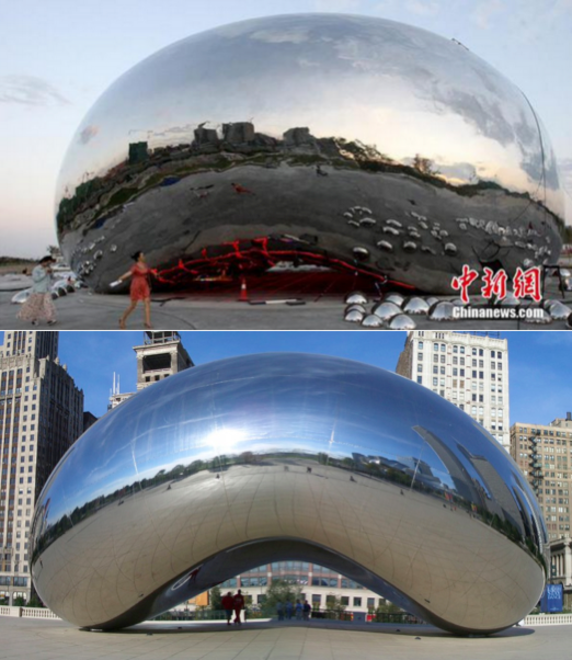 Knock-Off Art and Tales of Artistic Production in Advanced Capitalism

I was recently at an art fair where one gallery—that shall remain nameless—presented the work of a young artist in a solo booth. The work, while distinct in some ways, was at the very least derivative of Anish Kapoor’s wall mounted discs. Enameled aluminum panels in sweeping gradients, they were perfectly suited to the market of the fair: take it home, put it on a wall. They were robust, large works that shouted “wealth.” Sold for $800-$2000 apiece. By the third day of the fair, the gallery was taking commissions on new works for twice the price because they had already sold what they’d brought.

When you think of the cost of fabrication that would go into producing these works—metal fabrication isn’t cheap, usually—the artist could not be making much. There was nothing illegal about these works. In fact, the artist’s oeuvre as a whole is pretty interesting, but the combination of extremely low-priced (read industrially fabricated) and unchallenging work left a sour taste in my mouth, as it did other gallerists who exhibited more challenging, appropriately priced works and sold little.

Sculpture in shape of oil bubble is built at site of 1st oil well in Karamay, #Xinjiang http://t.co/AqbugmJr7o pic.twitter.com/jl0cATljTA

In other Kapoor news, Hyperallergic recently published the story of a mysterious “oil bubble sculpture” that appeared in China. Very obviously a rendition of Anish Kapoor’s famous Cloud Gate that adorns Chicago’s Millennium Park, this object looks to be a bit more globular and unrefined. It is also closer to the ground, has a less polished finish, etc. Basically, the stitching is off.

Earlier this month a jury in California awarded sculptor John Raimondi $640,000 after a developer was found to have had copies of the sculptor’s work fabricated in China and installed at his properties. This is the second time this developer, Igor Olenicoff, was found guilty of such a crime. The twist in this case is that the judge has ordered that Olenicoff may keep the sculptures, which will now be attributed to Raimondi. Effectively, the judge reduced the value of the artist’s work as a whole by denying the artist the right to control his own production. The final compromise was that the judge ordered that the knock-offs be marked as “unauthorized copies.” That should do the trick.

Knock-off culture or “shanzhai” (山寨) in China is huge. Computer programs, movies, cellphones, fast food franchises, the list goes on and on. Shanzhai is linguistically tied to Robin Hood-like figures whose duty it was to distribute objects of great power and wealth fairly and justly. The term is also tied to a classic Chinese fable “Water Margin” (Shui Hu Zhuan), where 108 outlaws gather in a remote province and form a large enough army that they become officially sanctioned by the government. A kind of “fake it til you make it” strategy.

The philosophy of shanzhai-ism (山寨主義) is one part opportunistic and two parts necessity. Opportunistic is not a negative here. Instead, it may seem very much in line with cultural practices online where users process cultural ephemera as they would process information, transforming it into their own for the purpose of personal advancement. It is difficult to theoretically stand behind multi-billion dollar companies who often get the short end of the stick in situations like these (Windows even went so far as to run anti-piracy advertisements in China). Yet even the most respected Internet philosopher-cum-presidential candidate, Lawrence Lessig, is for upholding fair IP practices saying in his seminal treatise, Free Culture, “A culture without property, or in which creators can't get paid, is anarchy, not freedom.” Culture as it currently exists progresses through borrowing and adaptation. However, it behoves the fetishized object of advanced capitalism (be it an art object or a Playstation) to ensure that this process is slow—when ideas moved slowly, this process is much easier to control and much easier to profit from. 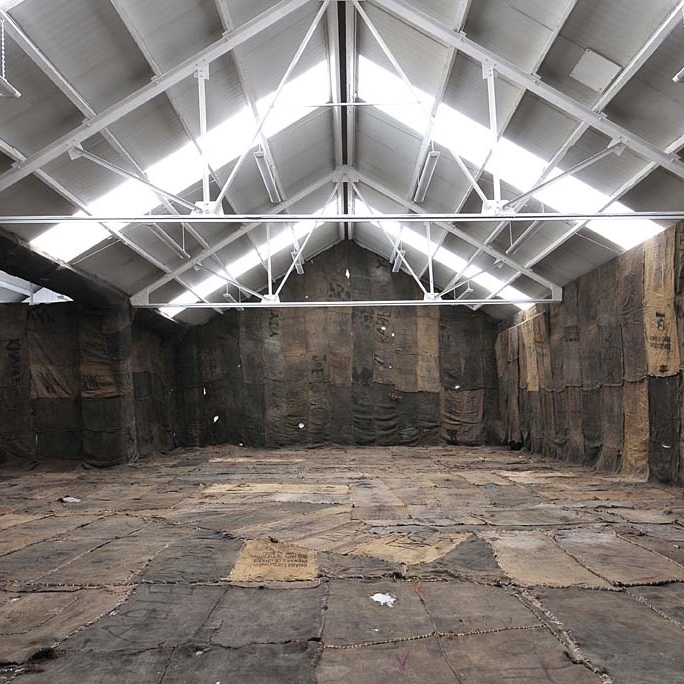 On Tuesday, ArtNews published an article by Sarah Douglas and Andrew Russeth that relates a bizarre tale of mass-production, verbal contracts, and culminates in a lawsuit filed by the art market’s most notorious art flipper, Stefan Simchowitz, against the young Ghanaian artist, Ibrahim Mahama, who makes work from jute (burlap) sacks used by miners to haul coal. Simchowitz and dealer Jonathan Ellis King allege that Mahama reneged on a verbal arrangement:

Simchowitz introduced him to Ellis King, and in October 2013... they made an oral agreement with Mahama to each give him £45,000—a total of about $148,500—in exchange for a large amount of jute-sack material, divided into six lots… Two of the lots would remain intact and be used to make an installation for a show at Ellis King’s gallery in Dublin. The other four would be divided up and used to make works in three sizes—108 by 54 inches, 96 by 48 inches, and 72 by 36 inches—mounted on stretchers and signed by the artist... Simchowitz and Ellis King paid for the shipping of the jute sacks to the U.K. last year and paid a fabricator $67,000 to stretch them into artworks. During that time, Mahama was on hand in London to “oversee and approve the stretching process.” On December 3 and 4 of last year, they say, he signed 294 such works at Ellis King’s gallery in Dublin.

Shortly thereafter, Mahama begin to back out of the arrangement. First, saying that he was not satisfied with the works made by the fabricator and making 20 stretched-canvases for an unnamed collector. Then, asking that he not be represented by Ellis King and finally, in May of this year, notifying Simchowitz and Ellis King that none of the works created by the fabricator were authentic and that they were “not to display, sell or otherwise exploit that material, complaining that he had not agreed to the commercialization of his artworks.” Simchowitz and Ellis King are now suing Mahama for $4.45 million in damages.

This weird tale ends with Simchowitz assuring the readers that his lawsuit won’t devalue his investment:

I love Ibrahim Mahama… Ibrahim could call me tomorrow and say, ‘Simco, you know what? I’m so sorry. I’m young. I’ve made a series of absolutely borderline-fatal decisions…I’m naive and I’m young,’ and I’d be like, ‘Ibrahim, it’s fine. I think you’re wonderful. You’re an amazing artist.’ And I would support him. I would invest in him.

Here are a few observations:

Outsourced, mass fabrication should be used only as a form of critique (Danh Vo's We the People, and Jonas Lund come to mind), not as a business plan.

Rarity is artificially controlled, not by the lifespan of an artist but by their handlers and national and international laws.

Rarity does not serve art. It serves the market and those who would profit off of it.

If you as an artist can use real or artificial rarity to critique the market, do it—but do not rely on it to determine the value of art.