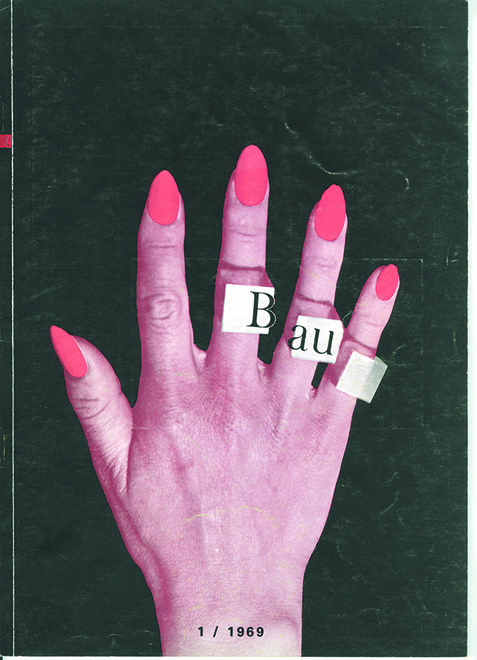 “We both agree, sometimes archives can be fun!”

Just before everyone disappears to their holiday hideouts, I meet with ICA London curator Juliette Desorgues to explore her new exhibition about the Austrian architecture magazine Bau. We browse through the show together and compare personal favorites. 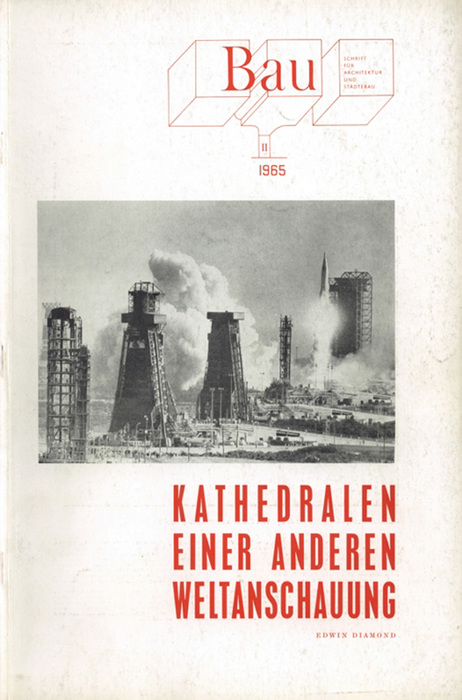 Bau: Magazine for Architecture and Urban Planning (1947-71), similar to the RIBA Journal, existed as a trade magazine for the Central Union of Austrian Architects. The exhibition at the ICA focuses on the period 1965-71, when a group of experimental young architects and artists took over editing the magazine and turned it into a giant sketchbook for their ideas. They were playful with the term "architecture," the magazine format, and pretty much everything else. 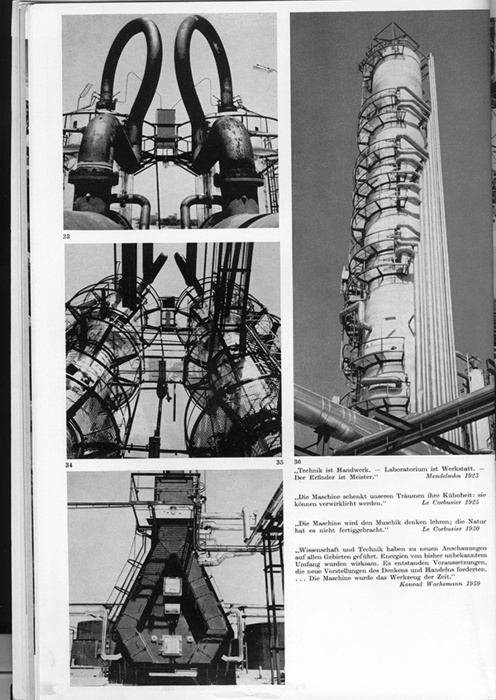 Bea de Sousa: I confess that I am completely psyched about industrial refineries. I don't know why, but I am eternally grateful to Bernd and Hilla Becher who did a whole series on those in the eighties. In 1965, Bau dedicated a whole page to similar images. Were they architect-designed structures?

Juliette Desorgues: They are so called “non-architectural spaces.” Hans Hollein and Walter Pichler wanted to start a whole new dialogue about what architecture could be, hence their slogan “Everything is architecture.” They created page designs, where they juxtaposed models of functional architecture with anything that could be construed as a 3D structure. Architecture became a kind of blank canvas, which could be redefined from scratch. The most extreme example is perhaps the page entirely dedicated to an image of one pill for the treatment of claustrophobia. The pill case with its dissoluble membrane and the half white, half transparent domes containing the powder of a mind altering drug was revered as an architectural shape. 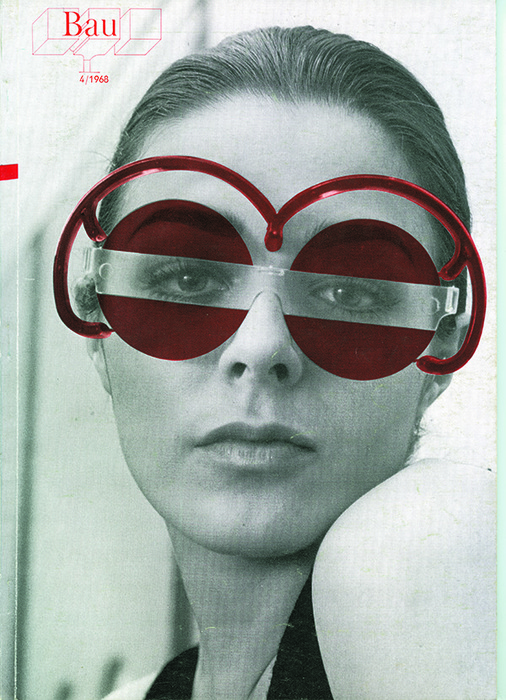 BdS: The group also showed other influences from the psychedelic culture of the late sixties: flower power, free love, and sci-fi ideas. We can see that on the magazine covers...

JD: The covers speak of themselves but the films show how the prototype structures could be used. They make the correlation between utopian experiments and popular culture very clear. Films made by collectives of architects and performance artists such as Coop Himmelb(l)au and Salz der Erde really show the spirit of fun connected with experimentation. 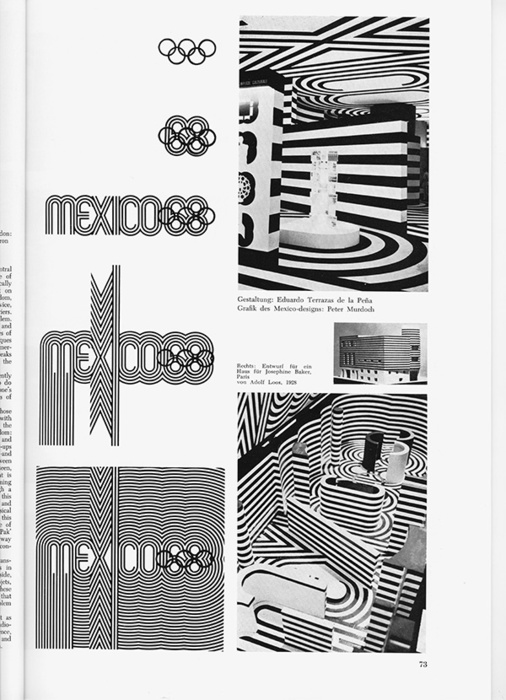 BdS: Yes Coop Himmelb(l)au’s film Restless Sphere has to be my absolute favorite with two naked Adam and Eve performers walking around in a transparent plastic sphere with the opulent baroque structure of Schloss Schönbrunn as the backdrop and, better yet, a traditional Austrian brass band in the background. If I could I would teleport myself there.

JD: Talking about teleportation—have you seen my absolute favorite page from Bau Magazine 1969 with the hand drawn studies for what would be VR helmets today? I am guessing that they were inspired by the moon-landing in July 1969.

BdS: It feels really current. Some of the blow-up spheres that appear as prototypes in the magazines, such as the "Mindexpander" from 1967, are so forward thinking they are only just becoming viable options in architecture right now. 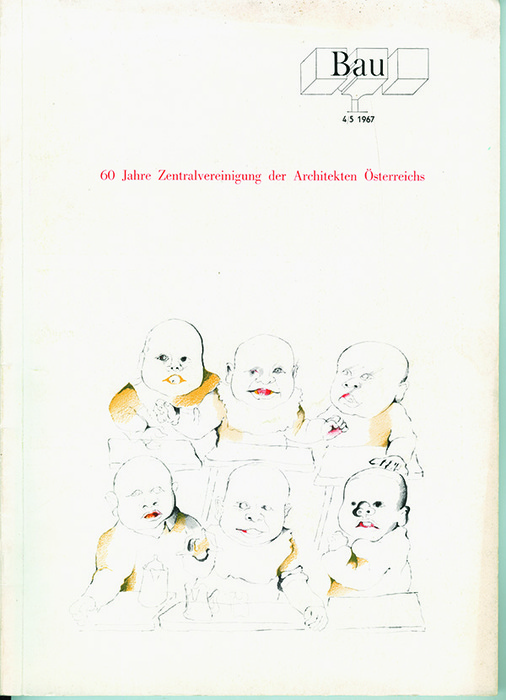 JD: In a way yes, but the Bau editors did not just look at futuristic concepts. You can also see that they juxtaposed historical buildings with new concepts, as a beginning of the postmodernism that Hollein later became so famous for.

BdS: Hollein went on to design the Museum of Modern Art in Frankfurt, which looks a bit like a large slice of cake. I have really enjoyed experiencing shows in there. Talking of enjoying architectural space, which concept from Bau 1965-70 would be your dream house?

JD: It would have to be the Yellow Heart, which you can see in the film made by the group Salz der Erde (Salt of the Earth). It’s one of the first Eco-structures, designed to be a free-standing bouncy bubble pod in nature through which you can appreciate the sky and the trees. Yes, I think that would be my ultimate dream pad.

(Image at the top: Bau: Magazine for Architecture and Town Planning, Issue 1, 1969. All: Published by Zentralvereinigung der Architekten Österreichs. Courtesy the artists and their estates)