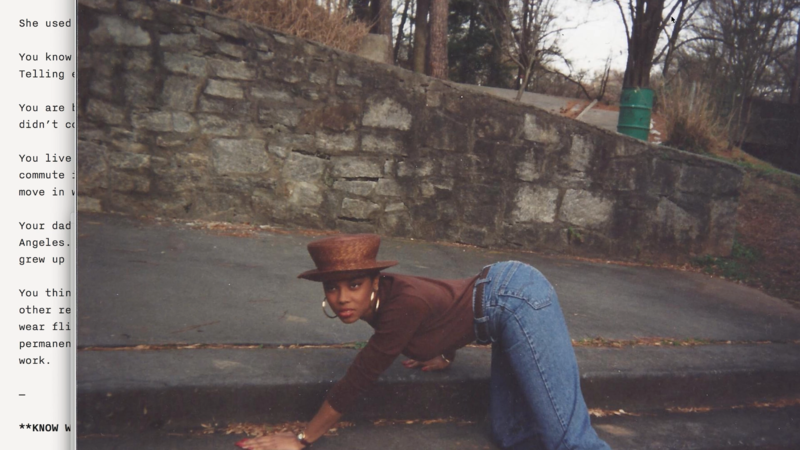 Officially, Martine Syms is an LA-based conceptual entrepreneur, and one whose concepts have already proliferated quite far given her young career. Perhaps her participation in the Walker Art Center's Intangibles pop-up shop offers the most literal evidence to back this title: customers can purchase a voicemail recording by Syms's fictional band Maya Angelou for $10.

In many ways, though, Syms defies categorization and moves fluidly among formats and mediums in the service of examining, and giving shape to, the moving-target structures that both form and contain contemporary memory, with particular focus on blackness and what it means to be black in America today.

Maybe what is most dizzying about Syms' work is its initial straightforwardness, built as it is around recognizable (and therefore powerful) media elements. S1:E1 at the New Museum Triennial invokes the continued life of sitcom structure, and pieces like Reading Trayvon Martin or Everything I've Ever Wanted to Know are compiled lists with criteria most coherent humans in this day and age will understand. Syms' Lessons combines the five lessons of Kevin Young's The Grey Album with a pillar of capitalism and American media: the commercial. This particular, deliberate ease of legibility acts as a strong scaffolding from which to peer into an abyss of humanized metadata.

We conducted this interview shortly after MoCA TV premiered Memory Palace (co-directed with Kahlil Joseph), speaking via video chat while the artist was in New York preparing for her upcoming show at Bridget Donahue Gallery, opening September 17. 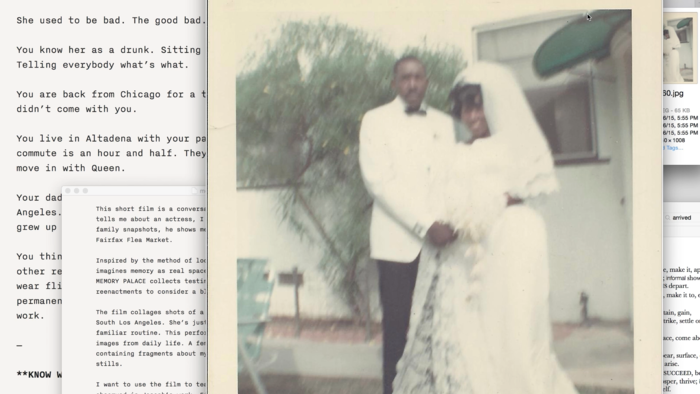 Rachel Elizabeth Jones: Since I initially encountered you through your use of found photos in Memory Palace, I want to ask about that process and your relationship with found photography. Can you talk about finding those photos?

Martine Syms: Yeah, I've gone to the Melrose Trading Post on my own a lot and I've gone to the Rose Bowl a lot. I never went with Kahlil. When MoCA TV first approached me, my assignment was essentially to make a film about him. He likes to let his work speak for himself. We already knew each other, we already sort of had a relationship, and we realized that we both collected photos separately. He had gone to Mark Kologi regularly for a while, but then they did a big deal where he bought thousands of them, only black people in the photos. I had done this newsprint edition of a selection of these photos. Memory Palace is a way to talk about both of our work, through his photo archive.

REJ: Can you talk a little bit about identifying yourself as a conceptual entrepreneur?

MS: [In my work], I usually take a certain phenomenon or notice something that's happening within our culture, and then I try to figure out why that's happening by doing a close read and looking at the various social, economic and historical frames around it. I take a subject and go through the minutiae of it, break it down and understand it for myself, and then re-present that.

REJ: Your work strikes me as particularly anthropological in scope, and I'm curious about your thoughts on the discipline, particularly as one rooted in imperialism and violence.

MS: I think much more about ethnography, the relationship between film, photography, and ethnography, and how they've been intertwined for a really long time. Especially since I work a lot with the idea of blackness, and the capturing of a black figure on screen or with a camera has a long relationship with ethnographic study. Lately I've actually been thinking about the idea of the film or the photograph as a sort of monument. Especially since within the black diaspora there's not so many monuments, but there is this archive from the beginning of cinematic, photographic, history to present black figures, black bodies, in that medium. 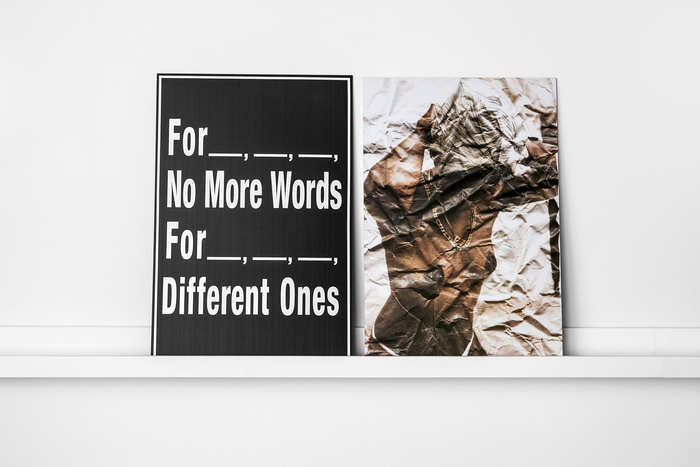 Martine Syms, The Queen's English, 2014, Installation view at the Armory Center for the Arts, Pasedena, CA. Courtesy of the artist

REJ: You've addressed how the digital space in many ways mimics the blueprint of colonial history. The internet also allows for this massive proliferation of multiple voices, and I'm wondering how you conceptualize the possibilities and dangers of this space in terms of emerging alternative narratives?

MS: The economic engine of these popular sites require an immediate response. There's a complete lack of consideration, and time—it takes time to think. I’ve tried to eliminate most opinion journalism from my life. Most of what is published and circulated is fluff. If I catch myself reading it, I close the window. It hasn't been a problem. I still know what's going on in the world.

At the same time I feel like it does offer the possibility for more people to be heard, especially with the #BlackLivesMatter movement and organization. I think that's really indicative of the possibilities of these formats. The stories that the mainstream news ignores are able to gain national attention through social media. 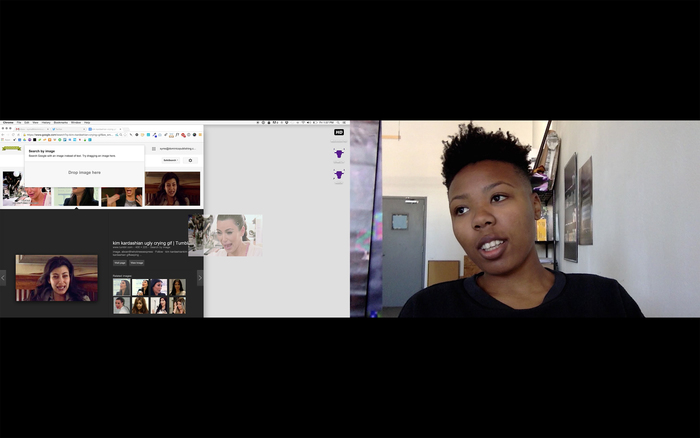 Martine Syms, A Pilot For A Show About Nowhere, 2015, Video still. From S1:E1 at The New Museum Triennial, Surround Audience. Courtesy of the artist

REJ: I'm wondering what you think it might take to move past all the nonsense that happens online, the criticism that’s not saying anything, that's not moving anywhere?

MS: I don't know if there's a way to get past it. Is there a way to get past infrastructure? I can only hope for some kind of apocalypse or power grid failure that starts us from zero. That's where my interest in the speculative and science fiction comes in. I find that sort of imagining useful for being like, “What would be better?” and trying to think of new value systems and new ways. There's an obvious unrest that's been building, but I think that life would have to get so much worse for Americans—and maybe it will. I don't know if we can get past it so much as work around it, or to the side of it. 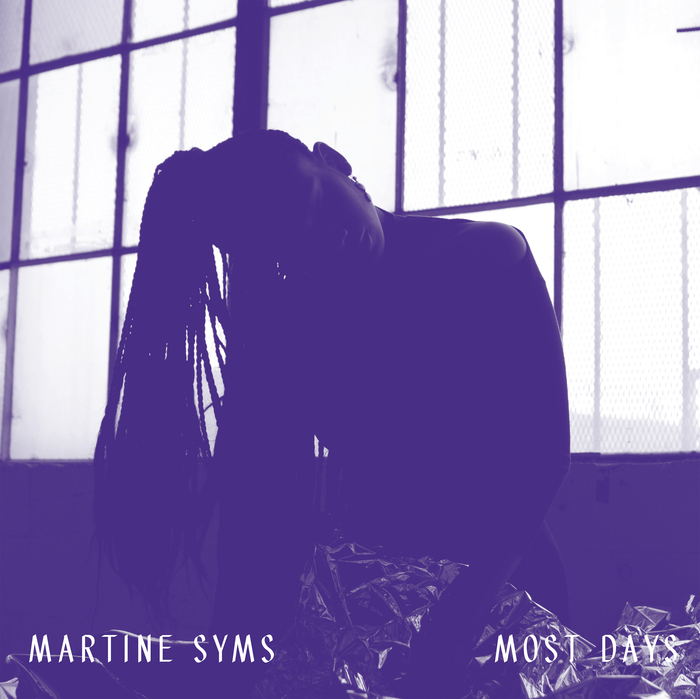 Martine Syms and Paul Cowan, Most Days, 2014, a Mundane Afrofuturist sound work released on vinyl by Mixed Media Recordings. The audio consists of a table read of an original screenplay alongside a score composed in collaboration with artist Neal Reinalda. The piece considers what an average day looks like for a young black woman in 2050 Los Angeles. Courtesy of the artists and Mixed Media Recordings

REJ: I'm curious about the Mundane Afrofuturist Manifesto: in a lot of ways you're rejecting what you call “fantasy bolt-holes” and you're rejecting this certain format of utopian thinking. I'm wondering how you separate, or if you separate, playing with memory and playing with alternative pasts and futures from something that you've remarked upon as being overly fantastical?

MS: I don't follow any of those rules myself, nor do I expect anyone else to follow them. The piece was inspired by the Mundane Science Fiction Manifesto, [which argued] if you don't think about earth, if we're always thinking about other planets and leaving earth, we won't really think about what's happening to earth. I wanted to move it to a social context. If we're always thinking about this Matrix-like rainbow multi-cultural group walking in their collarless shirts together then maybe we're not really going to think about these struggles and how they might actually manifest.

REJ: How do you articulate the relationship between digital media and the internet, and the mundane?

MS: My background is in film, a time-based media. Digital media tracks the mundane. All of the data we generate is a marker of time. Twitter, for example, can function as a prosthetic memory.

REJ: Do you go back through?

MS: Yes, all the time. I use it to capture stray thoughts, notes, links, and it documents where I was, who I was with, what I was doing at any given update. It’s a marker of time in the same way that a photograph is. It's a different way. For this new body of work that I've been working on, I've been using family photographs that I found in my aunt’s house. I don't know everyone who's in these photos, but they have notes on them, or a time stamp, and I feel like there's a relationship between that [and digital media]. Recently I was criticized for using screencaps in my work. [The person] thought it would “date” the pieces, but that’s the point. I don't believe in a concept of timelessness. 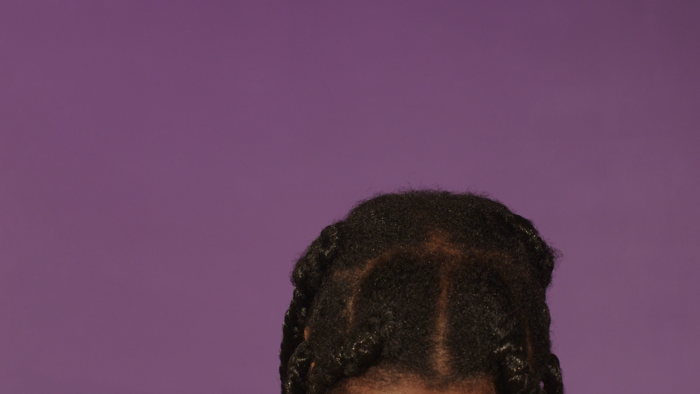 REJ: The family photos from your aunt's house—are you using them in your upcoming show in New York? Can you talk about that?

MS: The show is called Vertical Elevated Oblique, which is a speaking motion from the 17th century. In the work I’m using video, photography, and sculpture to compare contemporary and classical gesture. The project was inspired by Giorgio Agamben’s essay “Notes on Gesture,” and the idea that movement is the essence of cinema. Cinema remembers how we move and have moved. I’m indexing vernacular body language and its migration to the screen. There’s a relationship between language, movement, and self-performance. Black is the only race people think can be performed. I’m using these family photographs, alongside images sourced from film, television, and advertising, to document the performative delivery of speech.

ArtSlant would like to thank Martine Syms for her assistance in making this interview possible.

Posted by Rachel Elizabeth Jones on 8/3/15
ArtSlant has shutdown. The website is currently running in a view-only mode to allow archiving of the content.