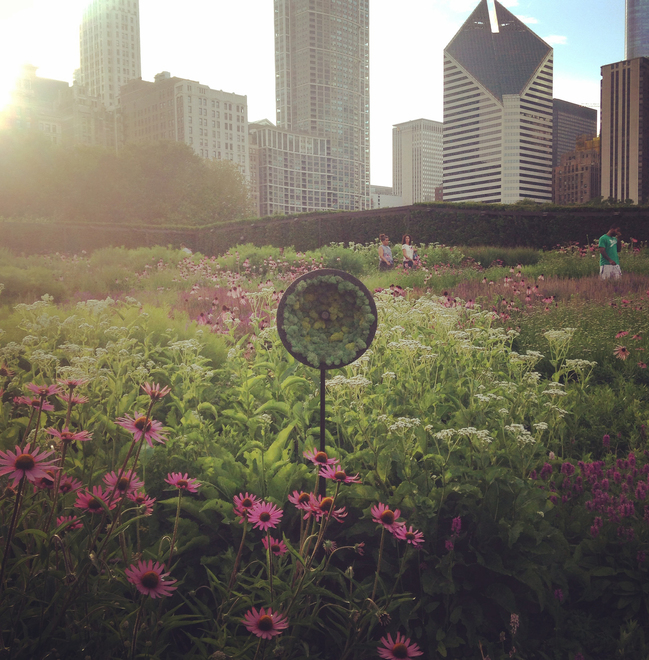 Where did we ever get the strange idea that nature—as opposed to culture—is ahistorical and timeless? We are far too impressed by our own cleverness and self-consciousness… We need to stop telling ourselves the same old anthropocentric bedtime stories.

Tell it to the Birds is an interactive project by Chicago-based artist and activist Jenny Kendler in collaboration with her software developer husband, Brian Kirkbride. Created as Artist-in-Residence with environmental advocacy non-profit Natural Resources Defense Council (NRDC), Tell it to the Birds debuted last year at NRDC's booth at EXPO Chicago, the contemporary art fair held each year on Chicago's Navy Pier. The second iteration of this project took place as a 7-hour-long “pop-up performance” this past Tuesday, July 7, at the Mylayne Pavilion in Millennium Park’s Lurie Garden.

The Myalayne Pavilion show accompanies two other exhibitions of work by avian photographer Jean-Luc Mylayne (French, born 1946) at the The Arts Club of Chicago and the Art Institute of Chicago. Based on simple geometry, Wheeler Kearns Architects designed the pavilion, also called the “chapel.” There you can find a quiet space among the busy touristy area of the Millennium Park. With nothing on the walls, the space forces visitors to look up and encounter a series of Mylayne’s photographs, covering the whole ceiling, with an azure sky and a small passerine bird. 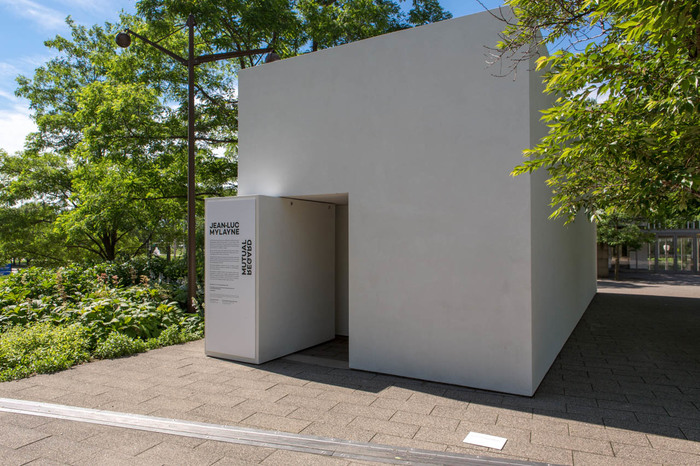 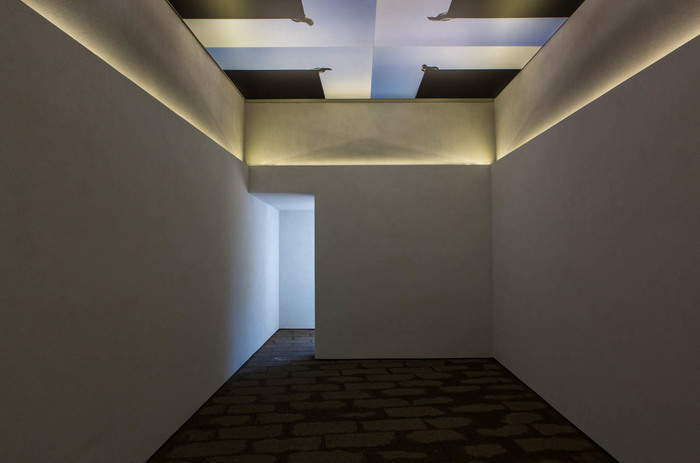 Kendler patiently greets and explains the project to each visitor as they arrive at the pavilion. Participants are invited to choose one bird from the eleven available species in the “field guide.” The choice is then communicated via walkie-talkie to another person on the other side of the building. Kendler explains that she “was looking for species with interesting/beautiful songs, as well as birds that are imperiled or endangered, though sadly, many birds fall under that designation.” Once the choice on the bird is made, the participant is allowed to enter the pavilion alone. In the calm and hushed interior, each person is invited to “tell it to the birds” or “make a confession to the natural world,” as Kendler says—namely, to tell a secret to the forest-scented lichen microphone dish. A special audio-processing software “translates" the participant’s words into birdsong, heard both inside and outside the pavilion—yet only the speaker knows the meaning of their song. Kendler does not alter the bird songs beyond cutting them together and removing any “blank space” or other background noises, “the way the birds sound is as they would sound in nature,” she says. 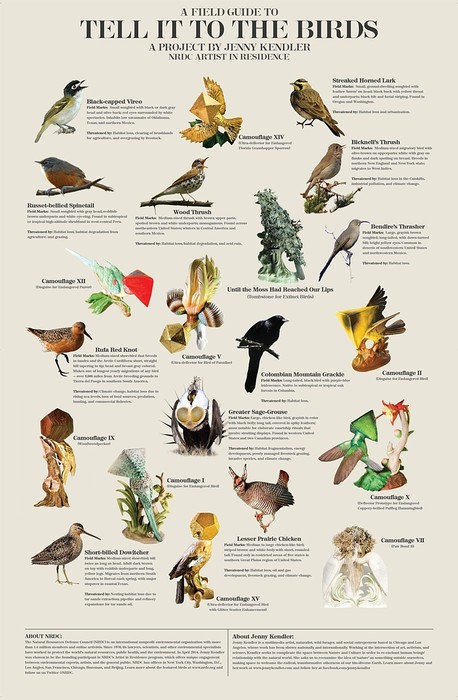 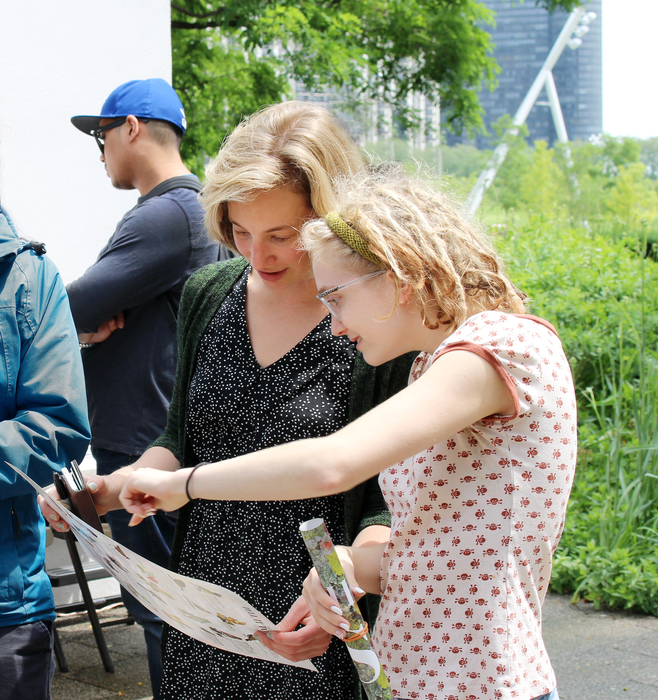 Kendler shifts our urban attention to be more aware about environmental issues. We share space with birds, but that does not mean that they sing for us, but rather communicate information to each other. By telling a secret that is then translated into bird language is a way to blur the differences between people and animals, to erase the hierarchy between one and the other. Tell It to the Birds aims to shift our relationship to nature so that like Steve Shaviro wrote: “we […] stop telling ourselves the same old anthropocentric bedtime stories.” Kendler’s activism recalls Karen Barad’s theory of “agential realism” that conceptualizes an entanglement between ethics, ontology, and epistemology where there is no given or fixed difference. Kendler is interested in asking people to momentarily inhabit the mind-space of animals: “partly because what a miracle it would be to be able to temporarily feel what it is like to be a bird, and partly to remind participants that birds, like us, have their own interiority or umwelt.” 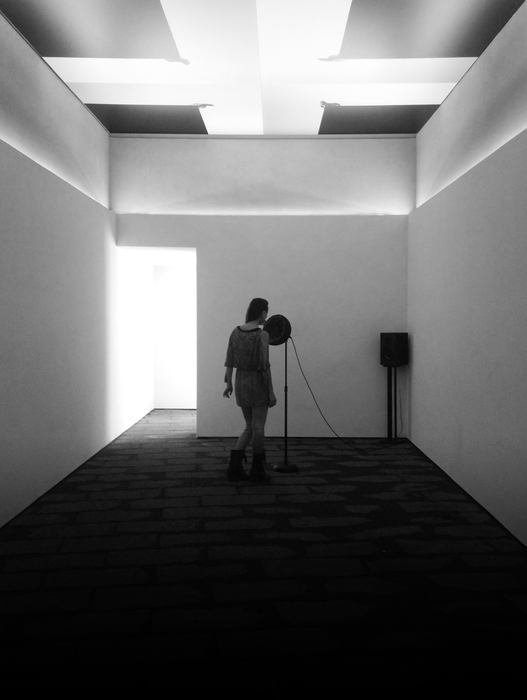 During the one-day pop-up project, visitors to the pavilion are invited to voice a confession to the natural world.
Photo: Karen Greenwalt for the Art Institute of Chicago

(Image at top: The Tell it to the Birds microphone, nestled in a forest-scented lichen dish, poses for a photo in the Lurie Gardens where the Mylayne chapel is located. Courtesy: Jenny Kendler.)