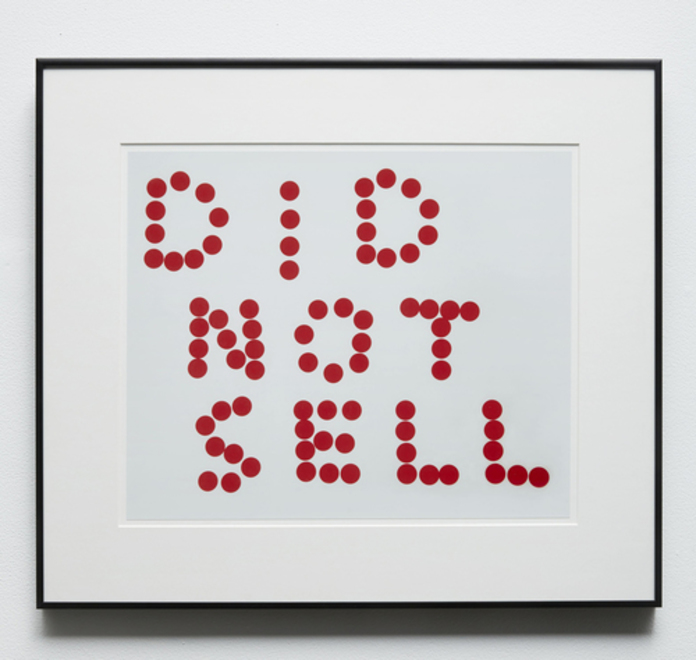 Look, here's the thing: under certain circumstances (in a court of law, in matters of dress, in affairs of the heart) I believe in being totally up-front and honest, which is why I believe that I should tell you from the outset that I am absolutely crazy about John Waters. I mean to say: I actually once came very close to having the man's initials permanently tattooed onto my bicep after a meet 'n' greet. That was back, I think, in 2012, when my body was a slightly more worthy vessel to be etched on, and it offered up a very slightly more exclusive and less expansive portfolio of real estate. I know for certain that he etches in his pencil moustache with Maybelline liner in “Velvet Black,” (though I can scarcely remember a word of the French that I learned for years). Whenever a famous person dies, I'm also struck by a vaguely psychopathic realization that I will one day live in a Watersless world, and I'm not prepared for it. I mean it! I'm sick! But that's kind of the point. The sick ones are John Waters' target audience. I wish he'd stay—yes, seriously—69-years-old in aspic. 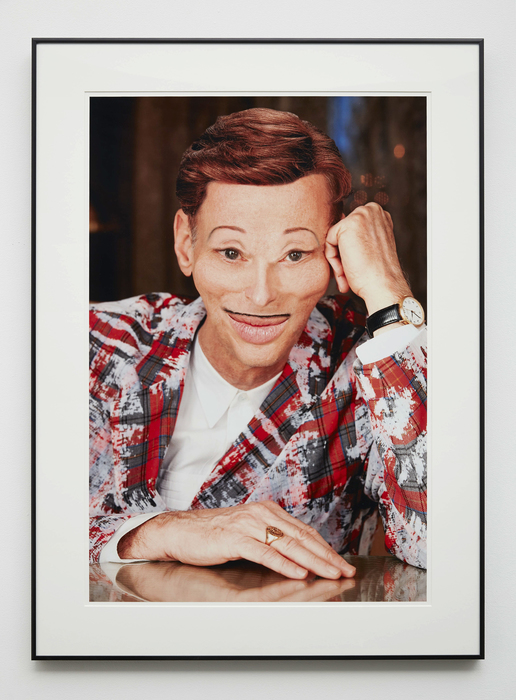 In Beverly Hills John at Sprüth Magers, London, anyway, we find him posing unusual questions. What if the dog who played Lassie had facial rejuvenation surgery? What if Justin Bieber had the eerie, unnatural proportions of Jocelyn Wildenstein? What if—I don't know—a colossal ruler was manufactured in order to make a joke about the size of Fellini's dick? The real joy of his work, both as a filmmaker and as a visual artist, is the way in which Waters manages, always, to be both bawdily dumb and left-wing highbrow at the same time; the way in which, say, Hairspray manages to be a sweet cult classic which has birthed a Broadway musical, and a film with a far more cynical, smart and nuanced view of white white-knighting than many viewers give credit for (“Tracy,” opines Tracy Turnblad's boyfriend, “our souls are black, even if our skin is white”—tempting as it may be, I'll avoid invoking Rachel Dolezal, here, for the sake of my sanity). 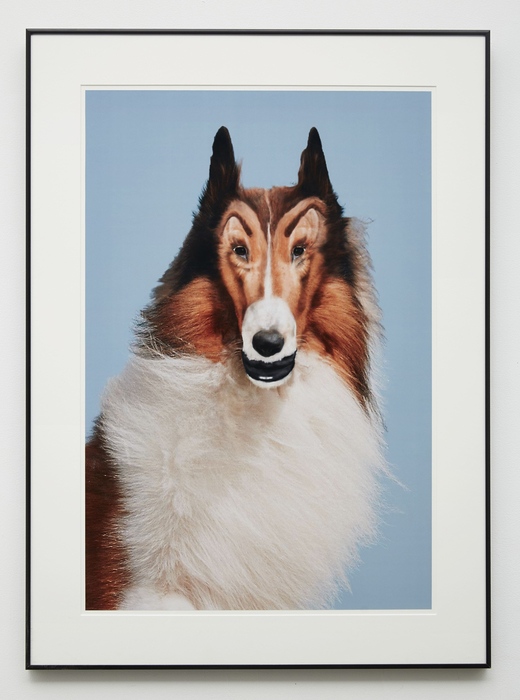 An image of a famous dog with a Photoshopped facelift is funny, yes, but also asks: is this Hollywood? Is this America? Where does this nightmare really end? Death looms over Kennedy and Onassis. Ansel Adams is slapped with the open palms of progress. Dick Van Dyke is transfigured into &c. &c. You get the picture, I'm certain. In truth, I believe that John Waters likes and loathes the movie “biz” and its players and pawns just as much as I do: that, like myself, he is hungry for new camp icons, just as he points out the system's well-worn hypocrisy and its rank injustice. Glamor is damaging, but it is also hard to resist; the juxtaposition of the B-Movie title “She Shoulda Said NO!” with the smeared and frightened face of Amy Winehouse—a coulda-been Dreamlander—is poignant and lovely and terrible. 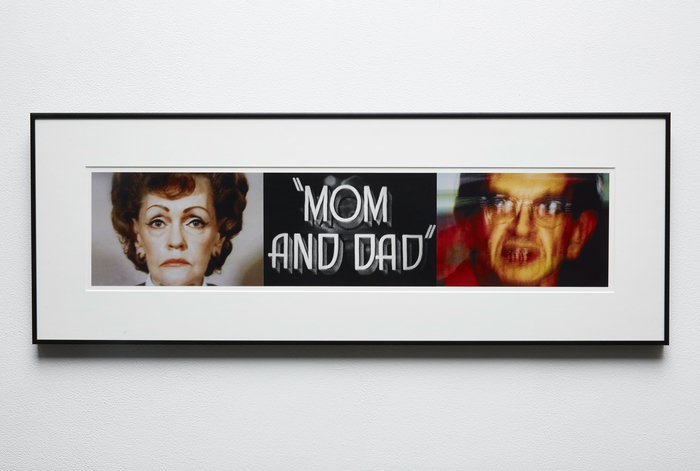 One last thing: even as this exhibition combines a number of “loves” (namely plastic surgery, celebrities, and spoof pornographic movie titles), I am forced to admit that it also uses—as a kind of ironic device—one of my greatest turn-offs: children. In Kiddie Flamingos, a group of children offer up a table-reading of Waters' most iconic film. I get the juxtaposition, of course, but the fact is that anything “kiddie” will almost always leave me cold. Perhaps I am simply jealous of the adulation they receive for being small and uncoordinated and seeming inebriated when I am given no praise at all for the same achievements myself; or perhaps the world of the traditional heterosexual is a sick and boring life, and I am right to resist it. As a means of making personal peace, I tell myself, sometimes, that the absence of filth is the filthiest thing of all. In making a PG-rated version of a film where the lead eats real shit, Waters has outdone himself.