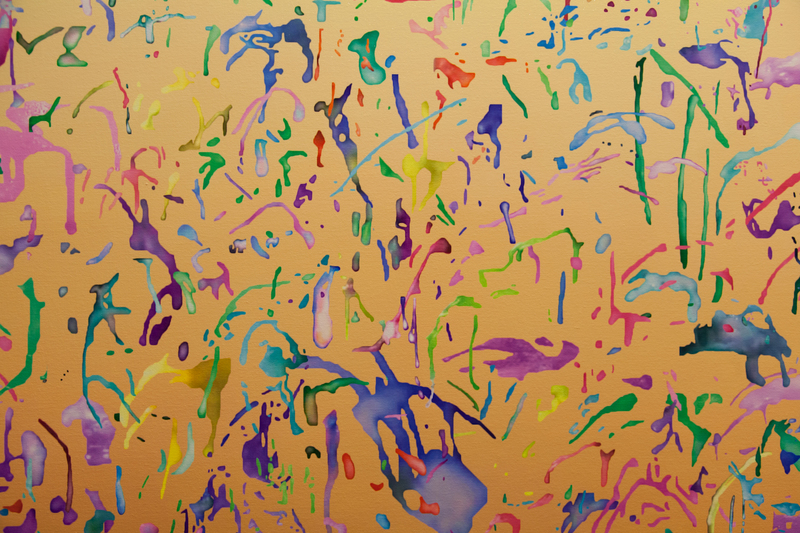 First, apologies for the puns to come. It’s difficult to talk about sexuality and eroticism without making a bad pun or two. Sexuality has seemingly always been a site of discomfort in our culture: through it, we are laid naked and bare, both literally and via the fetishes that express the darkest sublimations of gendered relations. The advent of a communication tool and platform for largely consequence-free expression—the internet—has greatly affected the role pornography and sexuality play in our everyday lives. Faith Holland’s exhibition Technophilia at Transfer Gallery explores the crash between human sexuality and the internet in ways that range from funny (there’s a tissue box below the exhibition title in the gallery) to thought-provoking, all the while trying to reform the inherent patriarchal nature of pornographic cinema as it currently exists. 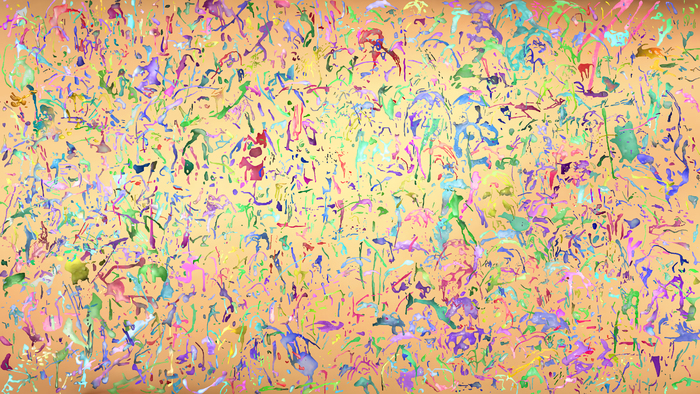 The submission process itself proved insightful. Holland mentioned one individual who submitted his contribution with the following note:

I sent this video to my ex girlfriend when she and I weren’t together last November. She was in love with (the beauty of) my cock. On the video I tell her how deep my primal need was to have a baby from her, cumming even after three times in an hour. She did get consciously pregnant from me, first try, one months [sic] after I sent her the video. However, then at 8 weeks pregnant, she got a panic attack, feared the lack of sufficient financials in the future (not an issue in this country, but she was from Hungary, which isn’t stable), ran out the house in panic, got an abortion, and went back to Hungary.

The Hays Code and the culture wars led by an energized conservative-Christian base that were able to prevent and censor art to an extreme degree seem like a distant past. Non-hierarchical media (like the web) are mostly to thank for this. The mass availability of pornography online, however, has and will continue to have broader cultural effects. This author would like to think that the broad availability and acceptance of pornography is having an opening effect on how we as a society practice our sexuality, allowing for more varied and inclusive kinks to become acceptable expressions of our relationships with one another. Holland remains skeptical:

Unfortunately things are becoming more sexualized whereas expressions of sexuality aren’t really any more accepted to a certain degree. LGBTQ rights have blossomed, we have gay marriage–who thought that was going to happen ten years ago? At the same time, there still is a huge culture of shaming, especially for women there is still very much a double bind. ‘We want you to be a sexual object but if you present yourself as having a sexuality that you want to fulfill...’ It’s not simple.

Visual Orgasms, a projection piece on the back wall of the gallery cycles through gifs that depict symbolic representations of orgasm: trains coming out of tunnels, champagne corks popping, rockets taking off, fireworks exploding. A nod to Hollywood's restrictive Hays Code, Visual Orgasms explores previous ways in which western visual culture represented ejaculation, not orgasm. These visual representations serve as a medium between the intimate act of sexual intercourse and the technophilia that Holland ultimately comes to investigate.

Matrice, It Needs You, and Centerfold all explore this eroticization of technology that must occur when it becomes the medium for sexual pleasure. It Needs You consists of ethernet wall plates and hundreds of feet of ethernet cables that spill out from the wall, glistening with lubricant supplied by a nearby pump jug. Matrice, a net of ethernet cords that emerges on the floor from a corner of the gallery represents an important confluence for Holland. The term “matrix,” a common metaphor for digital life, comes from the French “matrice” meaning “womb.” Holland's interest in this doubly-bound term is foundational to one of her earlier projects, VVVVVV, which practices new vocabularies for a feminist pornography.