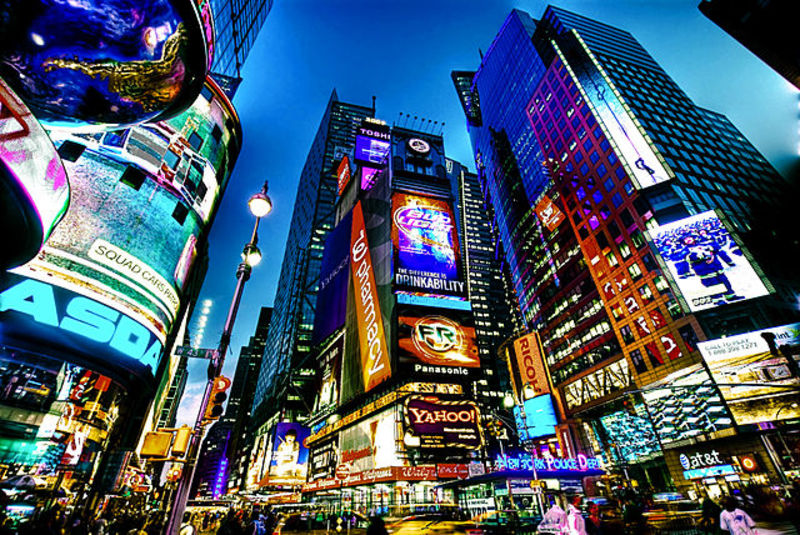 Despite ceaseless, futile complaints regarding the stalking reaper of gentrification, the influence of nepotism and money, and the difficulty of making professional progress, for many artists, New York remains the supermassive black hole at the center of the artistic galaxy. The staggering density of galleries, museums, fairs, events, and personalities, all shrouded in the glamorous veil of openings and parties—dutifully fomented on social media—convey an immense sense of possibility and opportunity. Such conditions exert a gravitational tug upon prospective creative inhabitants as mesmerizing today as it has ever been, because however challenging the terrain, this remains the New York City of lore. But it is such globe-spanning success that has ironically caused the city to become home to the most parochial and castrated art scene in America.

While it is not of their making, as unsupported artists near the parched base of the dollar tree compete in an overcrowded field, they may be unwittingly perpetuating this circumstance in attempting to garner attention from critics and galleries which are abundantly near, yet so vexingly far. Having sacrificed so much just to get here, let alone remain and survive, it is incumbent upon artists to justify that investment by applying every joule of energy, every dribble of sap, to rising above the morass of peers crushing thousands deep around them.

Artists who cross New York’s event horizon soon have revealed to them a path toward their aims. Certain staple programs and recurrent exhibitions have come to act as shorthand markers of an artist’s value within the artistic stellar nursery, however deficient or subjective they may be as such. They include The Bronx Museum’s AIM Program, the Queens Museum’s Queens International, LMCC’s Workspace, the Smack Mellon Residency, El Museo del Barrio’s Biennial, and the Triangle Residency to name a few. Gaining acceptance to even one of them—and the press attention trotted out about them as a matter of course—places artists on a sanctioned circuit, which lends an often intensely sought sense of belonging and legitimacy. The aspiration, but not the certainty, is that it will lead to further exhibitions and the gilded elevation of gallery representation.

But the process of securing admittance to these programs requires the artist to engage with a rigorous annual process of online research, orientation presentations, applications, networking and deadlines. This is resource- and time-consuming, and comes in addition to finding studio time, visiting openings, maintaining employment and, if you are neglectful, enjoying a social life. These siren opportunities in and near New York are plentiful enough to fulfill an artist’s administrative capacity, and while Bemis, MacDowell, or Skowhegan are attractive outlying prospects, the economic challenges of temporarily leaving city-based jobs to attend residencies in other parts of the country that might deepen a resume, often render such endeavors unrealistic. This sets the conditions for a New York-centric obsession to develop.

Unless progress is made, over time the struggle becomes a narrowing glass bridge of hope, with artists fighting rejection fatigue (“Thank you for your application. Unfortu...”); the galling bittersweetness towards successes of competing friends and acquaintances (“Oh, you did! That’s fantastic, congratulations!”—translation: “How did you get that? I think my lung just collapsed); the stresses of surviving in the city; stultifying gossip over where galleries are migrating to, or what Jeffrey Deitch might do next; and the deafening sonic boom of internationally renowned names blasting through town for their major solo shows.

Dare it be said—as ought never to be acknowledged—that such immense and unrewarded effort can cause justifiable frustration, despondency, and professional jealousy. It dawns that artists are in thrall to the arbitrary choices of capricious selection panels, the drip-feed parade of trending new artists in emperor’s clothes, the subjectivity of preening expert preferences, all topped off by the insidious mythology of gallery press machines that would posit worthless swill as important art which visitors are then forced to choke on, washed down, if they still serve it, by the cheapest opening reception tipple. Artists then, might be forgiven for thinking that the pot that they don’t have to piss in, could arrive pre-plundered at any moment from the other end of the art world rainbow.

The feverish malady of preoccupation with attaining success can be difficult to ignore and exhausting for artists within New York’s seething hyperbole, precipitously so if it begins to impact on their studio process. Yet they mustn’t permit themselves to become possessed by such macerating demons because eye-rolling sad trombones are on the cultural bouncer’s watch list. Maintenance of the rebel yell must be preserved and efforts redoubled as if this crucible of artistic zealotry were Rocky Bilboa’s museum steps.

Other cities may have to reach out to attract international components and attention, whereas it simply pours into New York, but they offer an alternative approach via an intent that might just be partially transferrable to the metropolis. Recent trips I’ve made to various cities were revealing, particularly Dallas. There, every gallery visit was greeted with a warm acknowledgment not only from the front desk but often, from the owner. Being previously conditioned to the miserable sense of intrusion implied by the unblinking stares of Stepford staff at many New York galleries, such friendliness was initially unsettling: what were they thinking? But many relaxing and fascinating conversations later it was clear that they didn’t in fact want a kidney, but rather to talk about art. Each gallery suggested, and in one case drove me to, the next gallery, where the discourse continued, from major institutions to artist-run spaces.

Any sense of competition was superseded by vigorous discussion with artists, dealers, curators, and directors involving primarily the work, rather than the trends, money, or myriad fashions of art. The pace of life, even the geography of the city, permitted artists to concentrate foremost on their work, and to discuss it, within an encouraging community environment where collaboration and support, intellectual and structural, is a requirement for the health and expansion of the city’s art world, so that the general tilt was toward the benefit of the larger network. While nowhere is comparable to New York’s scale or the unique and exciting politics of its vast artistic life, it was restorative to see in Dallas something other than a ferocious turf war between megalomaniac galleries, greedy critics bloated on their own egos, and behemoth institutions, all with their spacetime-warping, cascading influence on artists simply trying to make their way.

This is not to suggest that harried New York artists relocate to Dallas, New Orleans, or elsewhere. These cities surely have their own challenges. Nor is it to compare like for like, or translate specific characteristics that wouldn’t fit. But perhaps, the next time an artist gets up again and pitches back into the thick of New York’s brutal fray, it could be made marginally less arduous, by looking out over the battlements, and applying a few tactics borrowed from less gladiatorial art worlds.