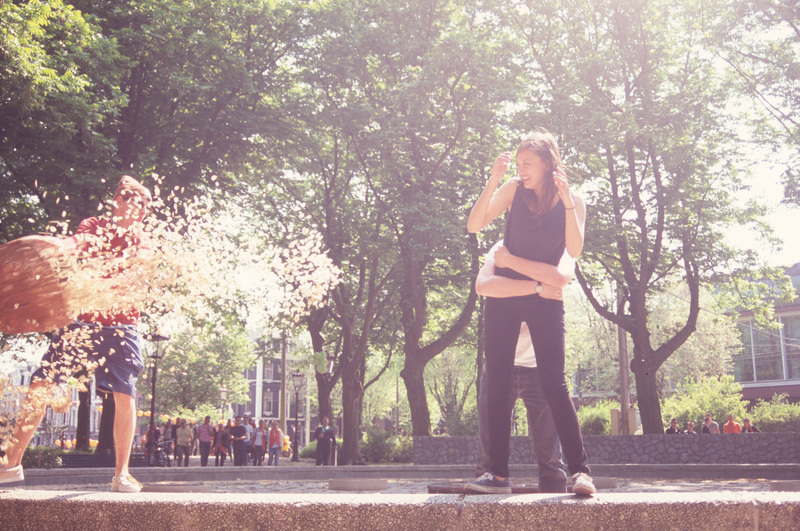 Bottling Local: Oh, the Smell of Amsterdam in the Spring...

First comes a wave of chlorophyll: a fresh and forward odor, the smell of tender green. Then, when the first vapors thin in the air and the nose digs deeper, the wood follows. It’s darker, heavier, earthier—soothing and more serious after the initial playfulness.

The French have Yves Saint-Laurent’s eau de toilette, Paris, in its compact pink bottle. New York is well taken care of with Bond 9 having designed a different smell for every borough—and I’m not even mentioning Donna Karan’s entire line of perfumes carrying the city’s name. But it was probably Gishlain that took the idea of city-themed perfumes to its extreme with its The Scent of Departure line: seventeen perfumes dedicated to cities worldwide, from Munich to Miami. However, none of these olfactory homages to great cities are as literal as Eau d’Amsterdam, which was launched in 2014. Most perfumes try to summon up an idea, an abstract notion like romance, energy, or mystery, but Eau d’Amsterdam truly duplicates the city’s smell. Or at least one of its most dominant ones. During spring.

The most important ingredient of Eau d’Amsterdam is the elm. It’s not the official city tree, but with over 75,000 specimens within the municipal borders it might as well be. Amsterdam is the city with the highest elm density in the world. In the twentieth century the elm population in Europe and the US was decimated by two waves of the Dutch elm disease, caused by a microfungus dispersed by dark beetles. The disease was first described by two Dutch biologists, Bea Schwarz and Christina Johanna Buisman, hence the name. But the Dutch also took to breeding resistant cultivars and rapidly replacing ailing trees. So, while elsewhere more than ninety percent of elms died, Amsterdam has kept its signature tree.

The history of the elm in Amsterdam dates back to the seventeenth century. The city was flourishing and growing, new canals were being dug that needed landscaping. The elm turned out to be the ideal city tree: a fast grower (a centimeter in diameter every year), sturdy, and quite elegant with its V-shaped branches. The elm is easily the most popular tree in the city center: number two on the list, the plane (Platanus), is outnumbered 894 to 5,271. The Amsterdam canals having been granted the status of Unesco World Heritage Site kind of promotes the elm to a more official status as well. 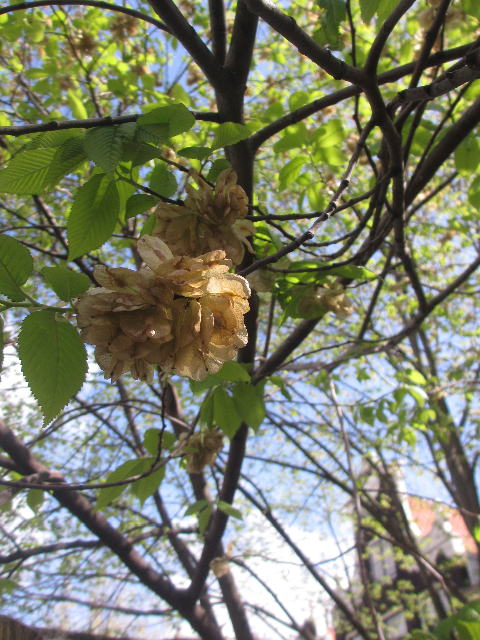 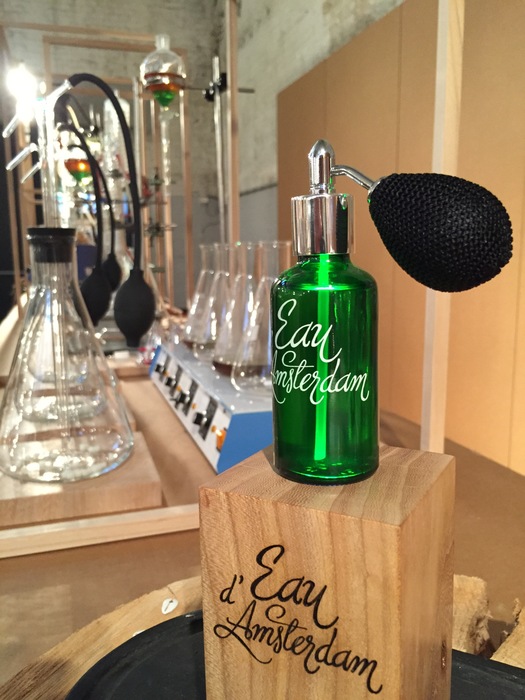 This is all really interesting information, but you could be living in Amsterdam your entire life and not be familiar with the elm. As trees go, the elm is a bit plain. It’s not as robust as the chestnut, not as eccentric as the oak, not as regal as the beech. But there is one moment during the year when the elm makes itself known to city dwellers. In spring, usually between the second week of April and the third week of May, the elm blossoms and spreads its seeds like fluffy light green snow. It was during one of those spring afternoons in 2011 that artists Lieuwe Martijn Wijnands and Saskia Hoogendoorn found themselves on a terrace, wondering about this wonderful natural confetti. Then and there, they decided that the elm deserved its own festival, comparable with the cherry blossom parades in Tokyo and Washington DC.

This became Springsnow and it’s growing every year. Elm-inspired artworks are on display; documentaries are made about the tree; Reinier Sijpkens, who has been floating on the city’s canals with his one-man orchestra for 25 years, composed an homage to the elm together with theremin promotor Fay Lovsky; and there are a bunch of pop-up events celebrating spring. Linking everything together is the Elm Walk, starting at the botanical garden next to the EYE Film Museum, home to 32 different species of elm, and winding through the historical center. The city’s “tree mayor” Hans Kaljee talks about the city’s eldest elm (at the Nieuwe Herengracht, planted in 1891), the tallest (at the Oudemanhuispoort, measuring 35 meters), and the specimen planted in remembrance of astronaut Wubbo Ockels, who was a great conservationist. 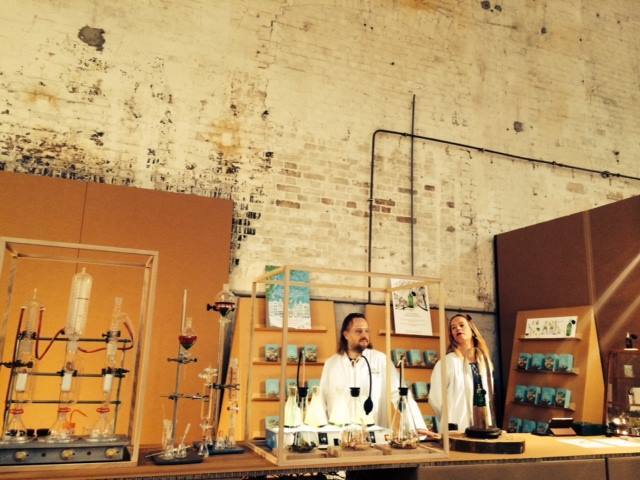 In a city this packed with activities it’s difficult to stand out, though. Wijnands and Hoogendoorn needed something more tangible than a website and a map to get their enthusiasm across, not to mention a source of income to pay for their festival. Thus, Eau d’Amsterdam was born. That’s, of course, more easily said than done. Elm mucilage is used medicinally as a soothing demulcent, and during the great famine in Norway in 1812 the tree’s bark proved to be edible after cooking, but never before has it been used as the basis for a perfume. But working collaboratively with perfume designer Tanja Deurloo of Annindriya and the creative department of International Flavors & Fragrances they pulled it off. At the 2014 edition of Meesterlijk, an Amsterdam based fair for design and applied arts, they presented their first tests. The first limited edition, sold in a box decorated with a Hendrik Keun painting from 1773 showing the trees in full bloom, is almost completely sold out. A second edition, this time containing more blossom, is being produced right now.

And more uses of the elm have been discovered. The candy makers of Papabubble have developed a Spingsnow Candy, containing elm seeds. And Stadsplank uses the wood of cleared trees to make artisanal cutting boards, with the origin of the tree engraved. But these will probably never have the same impact as Eau d’Amsterdam. The power of scent can hardly be matched. Scientific studies show that pheromones are crucial for falling in love: you stick with the person who smells like home or who you feel at home with. I guess it works that way with cities as well.