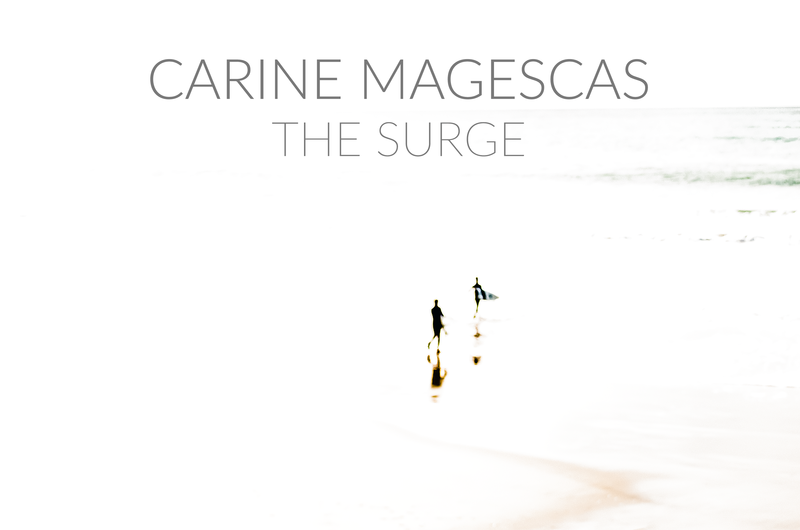 Angie Davey, Creative Director of Eyestorm UK, introduces the work and talks more about the series below. 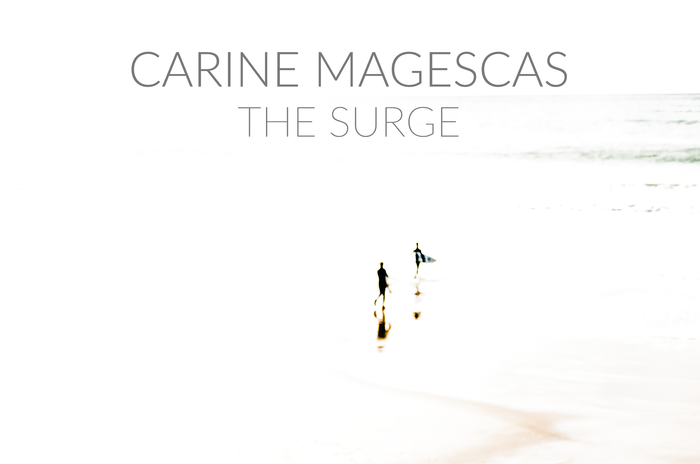 Something that first attracted me to Carine Magescas’ beautiful photographic works was their overwhelming sense of calm and openness. As a fellow beach-lover and appreciator of vast open spaces - Carine became submerged by the immenseness of the Californian coastline when she first moved there from her native France in late 1990s - I can one hundred percent relate to what drew her to focus on them as a subject for the series of photographs we’re presenting today.

What’s interesting about these pieces, and what moves them into the realms of fine art, is the fusing together of concept and process, mirrored in the way they’re executed and presented. Carine purposefully photographs her beaches out of season so the only human presence is the surfers that congregate in the water even when the sea is calm. And it’s these moments of calm that she’s most interested in, those points of contemplation when we ponder over thoughts that enter our mind. Often appearing just as shadow figures or suggestions of themselves, her subjects and their boards merge into the landscape becoming an integral part of its make-up; Magescas describes them as “slivers of elegant darkness, dissolving in the sleekness of the water” .

It’s clear from her photography that Magescas sees beauty in the ordinary and is drawn to formations that capture a sense of abstraction. To create her vision and to add gravitas to the purpose and feel of the works, she has stripped the images right down to create high contrasts and an over-exposed ambience, which reiterates the feeling of openness and minimalism that comes from the composition. Exquisitely printed, the artist prefers to present the works mounted on acrylic Perspex or plexiglass, with no frame, to give them their freedom and continue this sense of infinite space. And, although they initially give off a ‘floaty’, carefree feeling, there’s also a sense of grounding in these pieces. In works such as Seul for example, it’s the crisp contrasting coastline that runs satisfyingly across the centre of the image; in others, such as Surge #3 it’s a grass bank in the foreground.

With their alluring hues of muted blues and white, Carine Magescas’ surfer series is the perfect antidote for a busy lifestyle, and if you’re a fan of the seaside, I think you will also fall in love with their elegant charm. 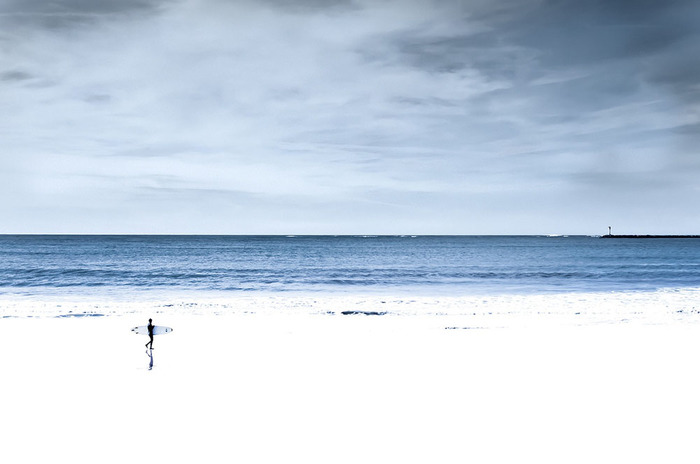 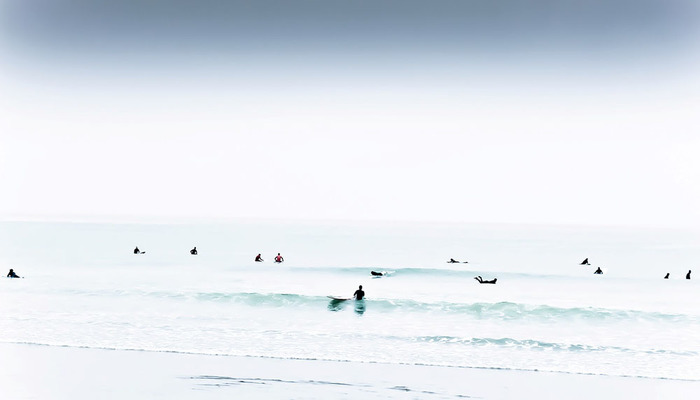