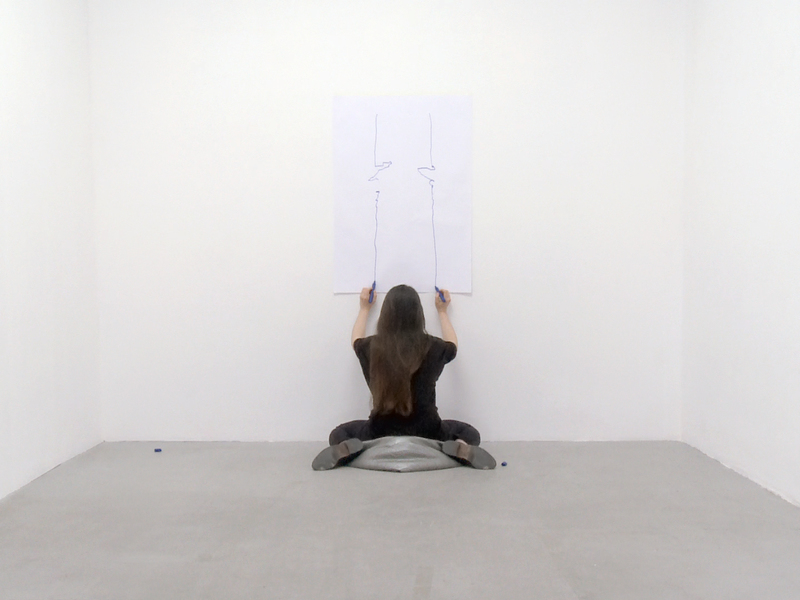 5 New Media Installations to See at the Images Festival

To breach or disturb (a harmonious feeling or situation).

The 2015 Images Festival, North America’s largest festival for contemporary and experimental media, opened in Toronto on April 9. Art and film enthusiasts in the city have the chance to attend a variety of events taking place across the city—from artist-run centers and art galleries, to the Chinatown Centre Mall.

The annual event was started in 1987 and has since presented film screenings, installations, live performances and lectures by renowned international and Canadian artists. Although the festival closes this weekend (the last new release date is scheduled on April 18), a selection of new media installations will continue being shown at several locations until mid-June. So for anyone who has not had the chance to attend the events, there is still time—and to help narrow things down, here are five new media installations really worth considering. These five selections share a common thread we identified at this year's edition: the theme of rupture. Each artist addresses the term differently, some in a more obvious manner, others more subtly. The forms of disruption also vary from political and cultural, to intimate and personal:

A Non-Place in a Space, Postcommodity

A Non-Place in A Space

Postcommodity, a New Mexico-based art collective, brings together two multi-channel video installations at A Space Gallery: Gallup Motel Butchering (2011) and It’s My Second Home, But I Have a Very Spiritual Connection With This Place (2010). The works seek to challenge narratives associated with belonging by emphasizing and questioning the viewer’s understanding of indigenous communities. They aim to disturb the parallel existence of several contrasting notions. For example, the theme of "what is home?" through the perspective of a settler or a colonizer. Is home a cultural and political occurrence or is it a physical location?  The installation ultimately poses the question: is home a place, or a non-place? 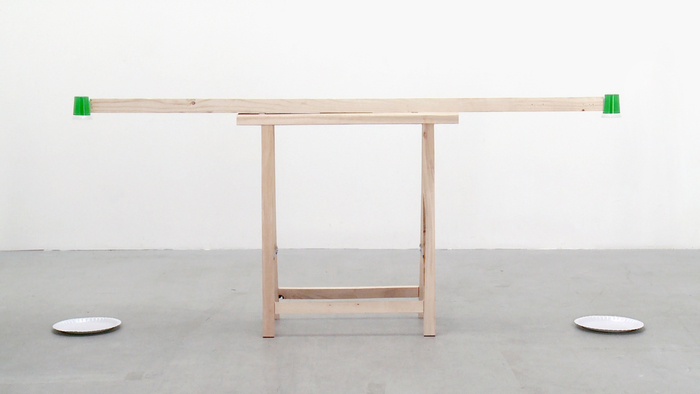 Steffi Linder, And then nothing turned itself inside-out

And then nothing turned itself inside-out

Berlin-based Steffi Lindner’s multi-channel installation And then nothing turned itself inside-out (2012) presents its audience with a break from the mundane interaction with the everyday. We are confronted with the way in which certain actions can become incredibly complex, frustrating, and destined for failure according to the laws of chance, by way of 60 displayed experiments conducted by Lindner. The artist approaches the trials with two opposing forces: an intentional, choreographed action and its interruption by chance. The resulting experience leaves the audience yearning for a result—or for resolution. None is offered, leading one to face the tense relationship between expectation and outcome.

This audio work, created by Rehab Nazzal is difficult to experience—it is entirely based on field recordings of Israeli military drones in airspace over Palestinian Territories. This disquieting work was recorded with the assistance of Palestinian journalists and activists, capturing sounds that present us with an expectation for violence—a sensation more consuming than actual destruction. Drones Over Gaza (2014) presents both everyday noises and the viscerally disturbing sounds of potentially deadly drones in flight. Encountering the work, we are engulfed in the event, allowed to imagine what it would be to experience that environment. 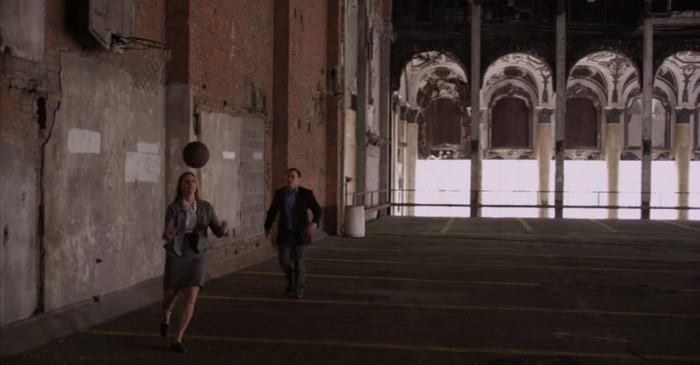 Corinna Schnitt's video installation presents the theme of rupture in an overt manner: the viewer is confronted with the setting of a decaying post-industrial urban environment. The stark setting acts as the backdrop to an odd juxtaposition: a man and a woman playing with a ball. Their actions seem strange and misplaced in the post-apocalyptic space that reveals the ruins of, what was suggested to be, once a grand location. The installation acquires an aesthetic dimension due to the man and the woman’s attire—they are dressed in business outfits that clearly define the traditional gendered wardrobe of the 21st century workplace: pencil skirt, blazer, neutral colors, heels. The video, with irony and whimsy, represents the rupture of industry, thus revealing an environment in an evolving state of decay. In the meantime, the actors in it play, oblivious to their dreary surroundings. 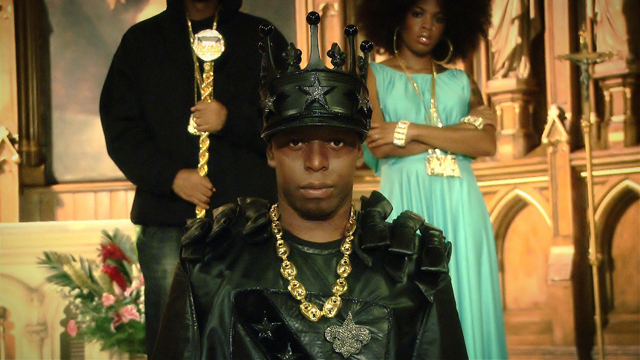 Rashaad Newsome, Silence Please, the Show is About to Begin

Silence Please, the Show is About to Begin

Rashaad Newsome’s installation targets questions concerning race, contemporary urban culture, and queer identity. The works consist of video, performance and collage—all specifically attempting to bring forth what it means to be black and queer. The artist's loud mashups appropriate a rich variety of signifiers from black urban culture: bright and bold colors, diamonds, jewels, chains, and hip-hop. In his work, Newsome disturbs notions of traditional masculinity and cultural status—and does so by simultaneously providing his audience with a stimulating spectacle.

(Image at the top: Steffi Linder, And Then Nothing Turned Itself Out. All images courtesy Images Festival)