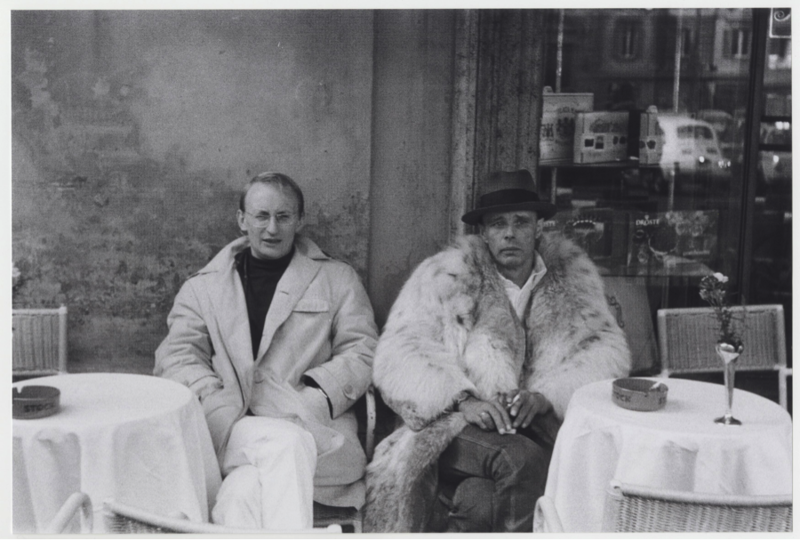 Kill Your Gallerist! Art for All!

Joseph Beuys, Sigmar Polke, Rosemarie Trockel, and Christo are just some of the artists included in the exhibition at Berlin’s Akademie der Künste in under the slogan Kunst Für Alle (“Art for All”). The comprehensive show encompasses over 300 works by more than 150 artists from the Klaus Staeck collection. 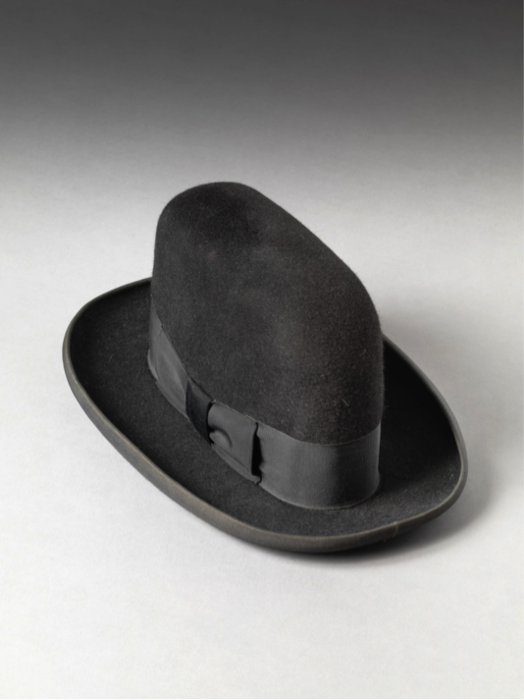 Lawyer, graphic artist, political rabble-rouser, artwork publisher and most recently president of the Akademie der Künste in Berlin—a position he will hold until this coming May 2015 after nearly a decade—Klaus Staeck is a man of many hats. Probably most known for his political poster art, Staeck got his start in the arts teaching himself graphic design, creating posters, postcards and flyers while pursuing his legal studies in the West German city of Heidelberg. Staeck founded his publishing house Edition Staeck in 1965 and over time the artist and patron came to work with other politically like-minded artists such as Joseph Beuys, Dieter Roth, Nam June Paik, Günter Grass, Walter Jens, and Blinky Palermo among many others. 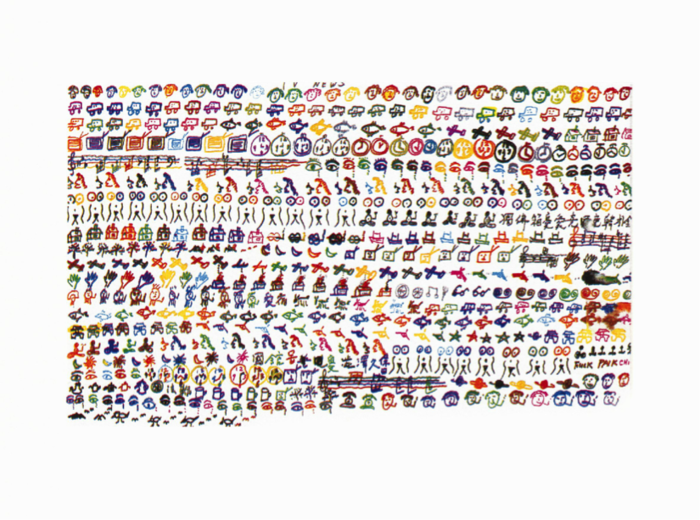 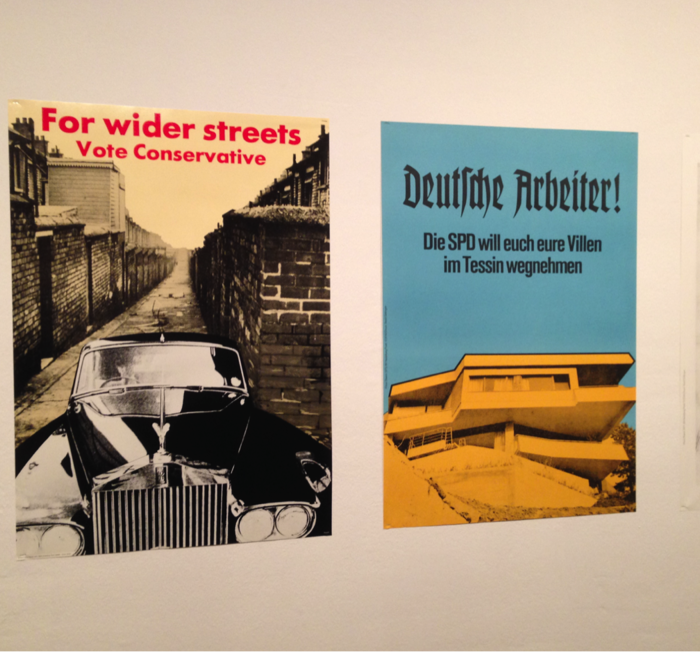 Posters with like sentiments line the walls of the Akademie der Künste’s halls floor to celling, piled on one another like workers charging the gates of a factory about to topple. Staeck was not just an activist in the German political sphere but also in the art world. He called for the democratization of art by way of collaborative production, had a tendency towards process versus object based production, placed emphasis on temporality and post-hierarchical environments and had a preference towards multi-disciplinary approaches. 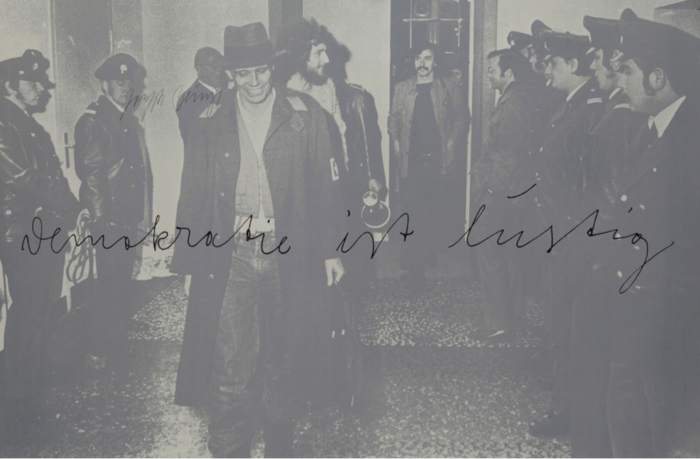 At its core, Kunst Für Alle evokes the common language of democracy. While the works compiled may not always belong to the same school, movement, or even decade, they march together towards a similar ideal: one that champions affordable prices, autonomy and—of course—humor. German artist Dieter Hacker’s call to action “Kill your gallerist. Colleagues! Found your own gallery!” is splashed across his poster for 7th Producer’s Gallery in Berlin in 1971, perfectly illustrating the desire to establish a new way of maneuvering in the art world—one that would exclude the mechanisms so prevalent in the regular running of the art business and, instead, promote a more grassroots, democratically run art association. 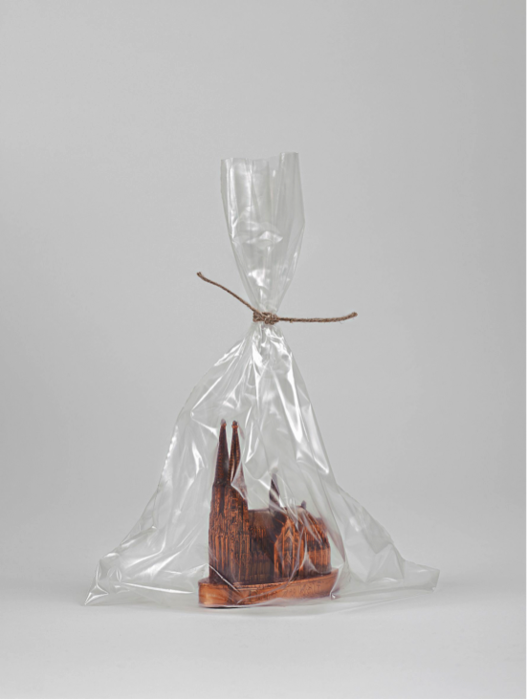 The exhibition is steeped in nostalgia for idealism now seemingly lost, a sense of hopefulness hardened over. While Staeck and his collection are a loud proponent of satire as a condition of social freedom, a fundamental element in the concept of freedom of expression, Kunst Für Alle begs the question of whether there is any trace of this 60s and 70s optimism left today. Do we feel as compelled to satire? Are the consequences of such stances more dire than they have been in the past? Has fear planted its grip firmly on our throats?

Racial Justice: A Collection of Books and Print Ephemera from Brooklyn's Interference Archive
3/21/16

Terrorists in the Library: A Peculiar Specimen Group Exhibition
10/30/15
COMMENTS (0)
ArtSlant has shutdown. The website is currently running in a view-only mode to allow archiving of the content.