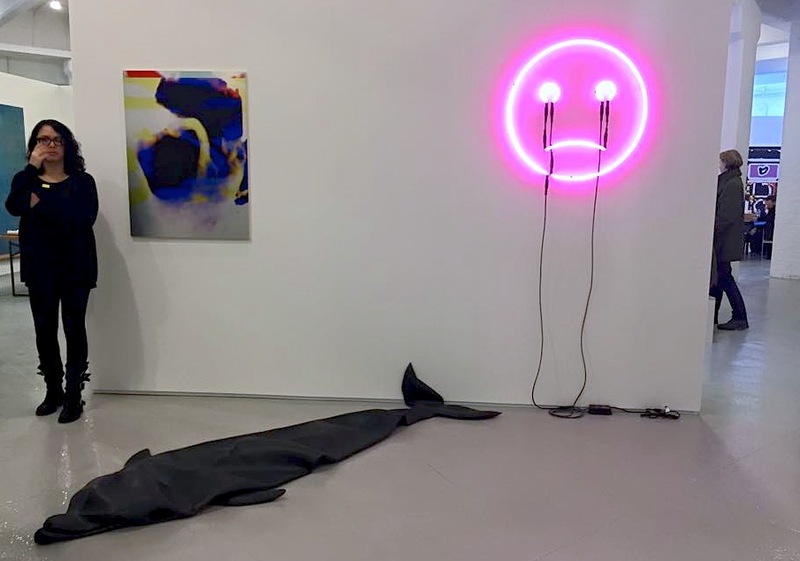 Malfunctioning subways, icy roads, and slushy sidewalks did little to deter fair-goers from attending Independent’s Vernissage last night. It is year six for Independent, an art fair that continues to provide a refreshing alternative to the heavy-handedness of its behemoth counterparts on the piers. An open floor plan directs traffic in a meandering fashion, contrary to the congested roadways of gridded booths across town at Armory. This wandering through and around works not only creates a breezy attitude, but even goes so far as suggesting a spaciousness that is quickly dispelled once you begin to sift through the three floors accommodating some 50 galleries. 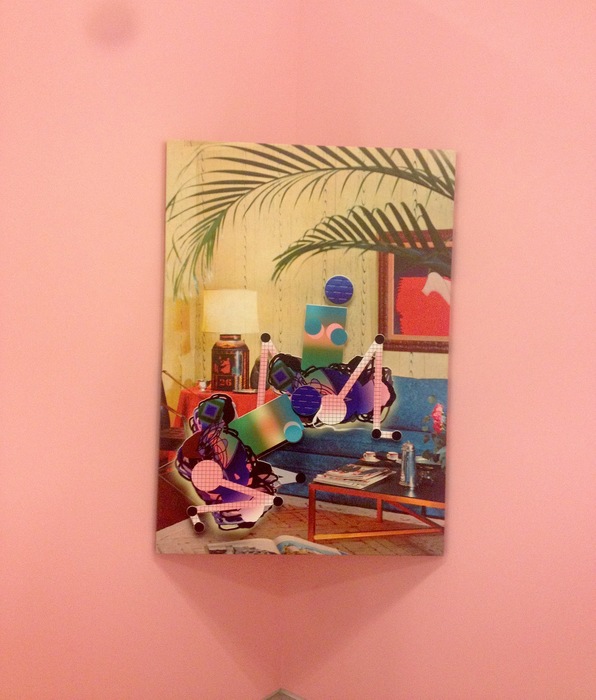 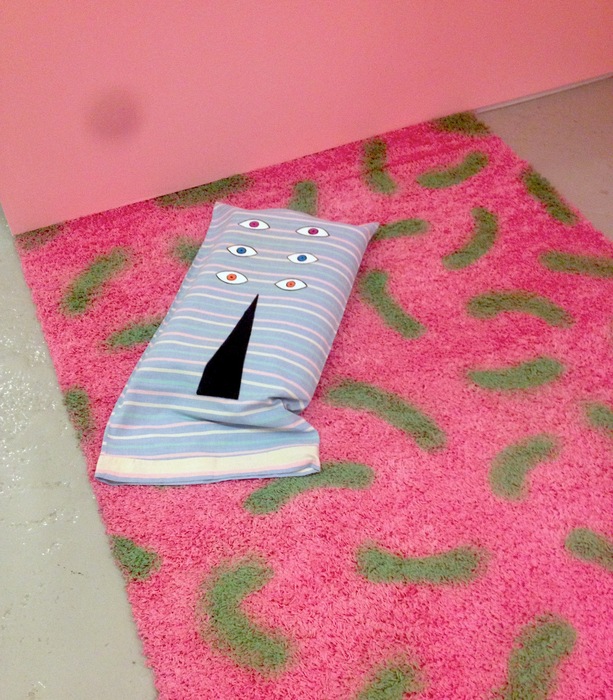 Buenos Aires artist Adriana Minoliti’s lively installation Playground at Galeria Agustina Ferreyra places paintings of cyborg surrealism on pink walls. Swiss artist Nicolas Party’s pastel on canvas works at The Modern Institute takes advantage of its more isolated space. The works vibrate, in their color combinations, striking portraits, and landscape/still life hybrids, displayed on grey wall paintings of a glassy eyed and cloaked woman on one wall and loose scribbles on the other. 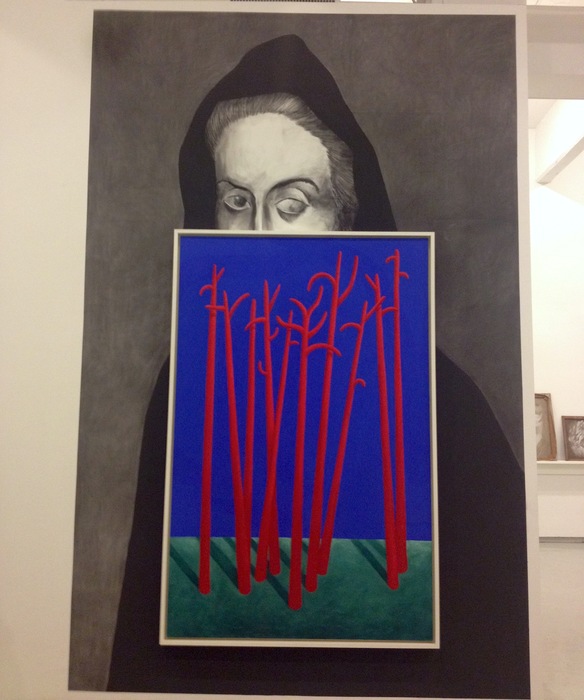 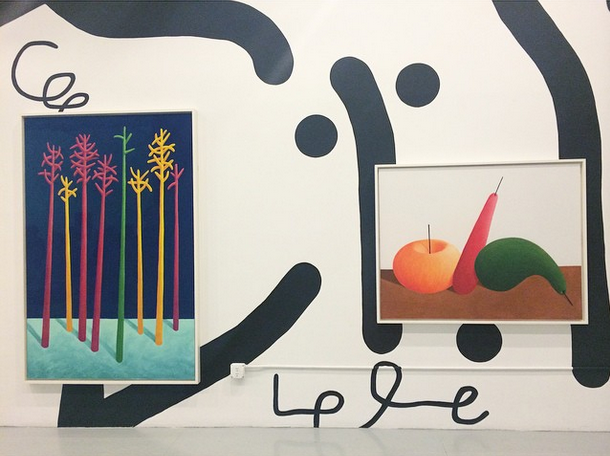 Nicolas Party at The Modern Institute (left) photo: the author (right) photo: via @independent_ny on Instagram

Just when I began to forget the commerical objective of every art fair, works began to come off the wall at Office Baroque and an agitated man began demanding the prices of remaining works by Aaron Bobrow and Matthew Brannon while a Tyson Reeder painting rested against the wall, either waiting to be hung or already sold—I couldn’t be sure. 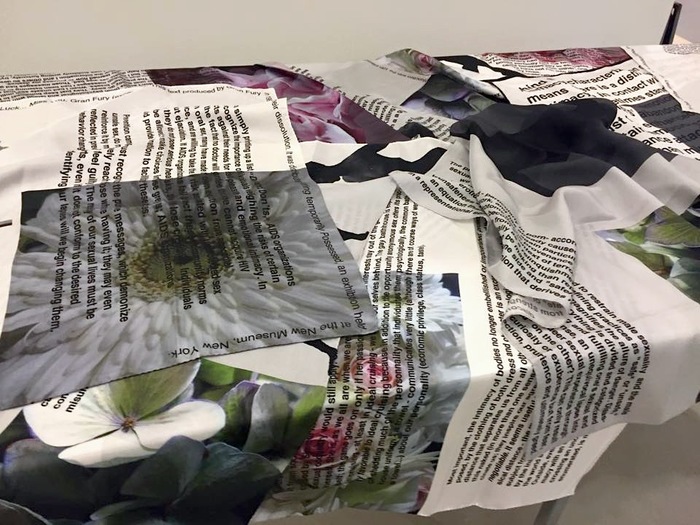 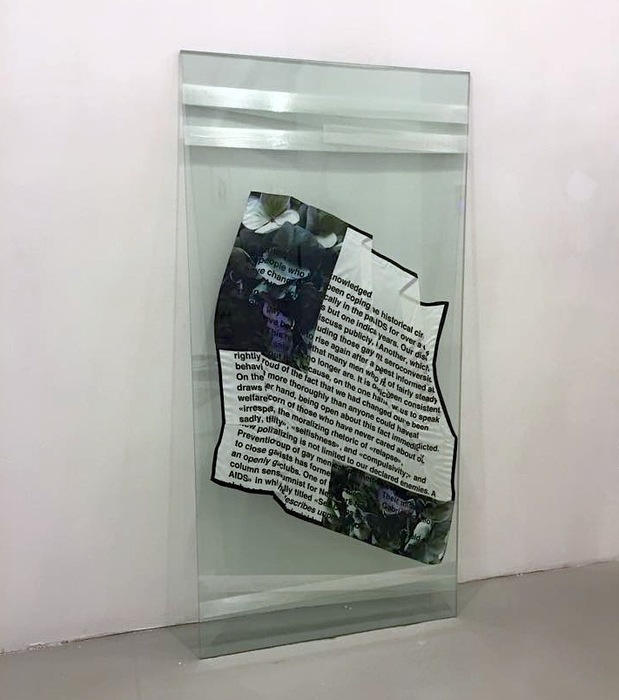 Lili Reynaud Dewar’s works at Emanuel Layr caused pause. A video shows Dewar’s dancing body in various spaces, including the foyer of a residential building in the daytime, with foot traffic passing by windows in the background. The rest of her installation included printed silk pressed between glass, with excerpts of text examining the positive aspects of cruising culture, individuals’ openness in an increasingly closed world. 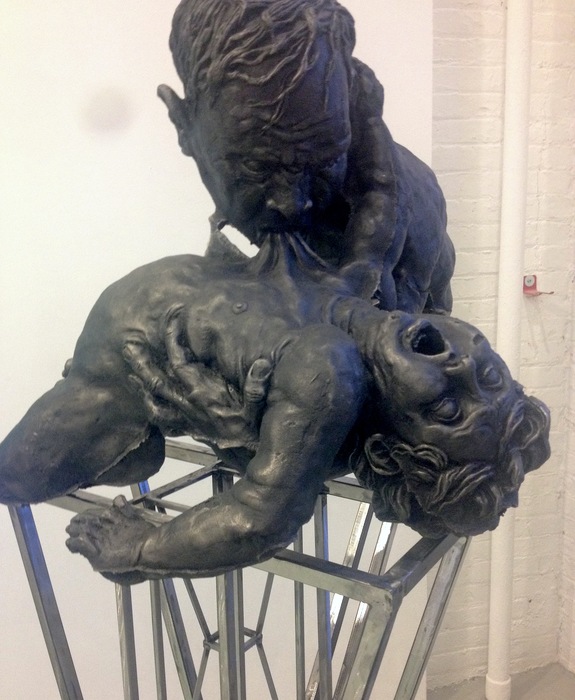 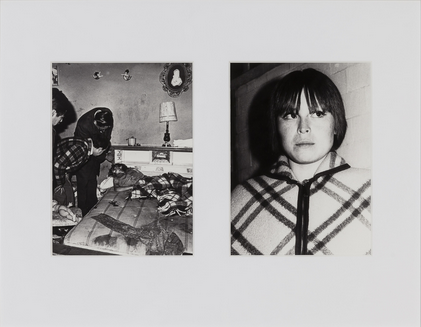 The fair has its darker moments: at the entrance to the third floor, it was hard to miss the work of Brooklyn-based Lionel Maunz at Bureau, with one sculpture depicting a demonic allegory in bronze of Saturn tearing the flesh of his infant son. Mac Adams’ Plaid Mystery at Elizabeth Dee is a photo diptych that poses a straight faced woman leering left in a plaid over coat adjacent to what appears to be a murder scene, dead body also clad in plaid. Gavin Brown’s Enterprise drew a crowd with German painter Silke Otto-Knapp’s somber series of grey watercolor on canvas depicting shadowy landscapes. Both playful and disturbing were Jan Peter Hammer’s Nelly (2015), a neoprene dolphin skin that conjures Irish silkie folklore, next to his Sad Smiley (2012) at a space shared by Labor and Supportico Lopez.

Independent is able to achieve both a sense of intimacy and a scale that allows for prolonged engagement. I suggest you view the floors in ascending order, so you can revisit your favorite works back on the way down.