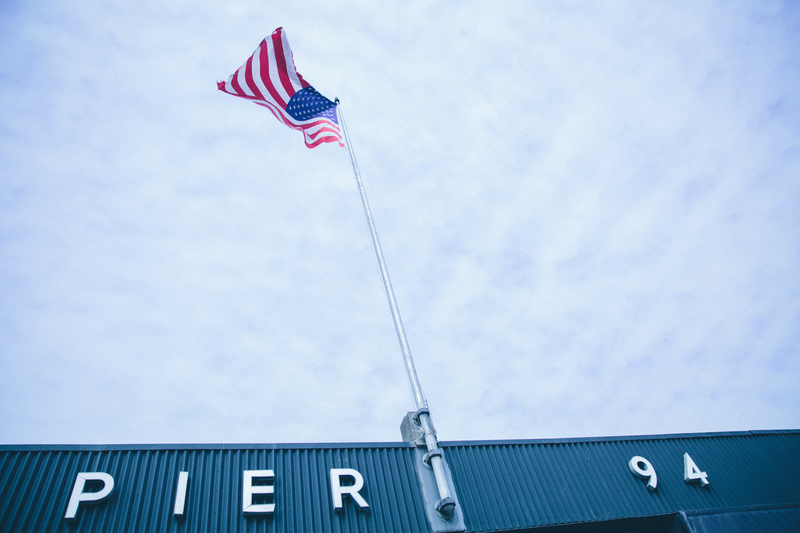 Armory Arts Week: Your Guide to the Fairs

With the Armory Show each March comes the orbit of satellite fairs, each with their own set of opening parties, special projects, lecture series, performances, and "happenings." To help make sense of it all, we present The Guide—your one-stop doc for a week's worth of logistics, highlights, and unmissable Armory Week events. 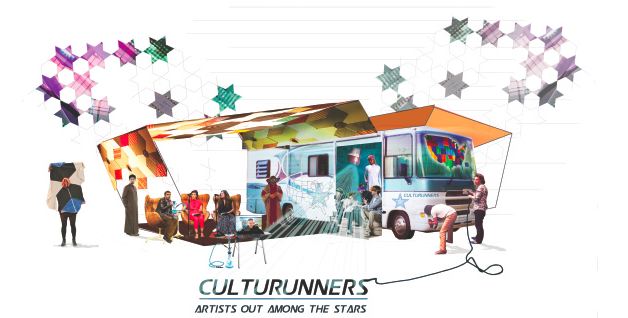 The Armory Show is the reason everyone else is here. The fair's 17th edition features 199 galleries from 28 countries, with Modern Art exhibited on Pier 92 and Contemporary Art and Special Projects on Pier 94. Each year the Armory Show presents a special regional focus. 2015 features the MENAM—Middle East, North African, Mediterranean—region with gallery presentations, symposia, artist commissions, and projects like the Culturunner retrofitted RV. Read our MENAM preview here!

The 27th edition of the nation’s “Longest Running Fine Arts Fair” is organized by the Art Dealer's Association of American. The upscale fair, located in the Park Avenue Armory, presents curated solo, duo, and thematic presentations from 72 galleries—ranging from contemporary solo projects like Petzel Gallery's Wade Guyton presentation, to more historical surveys such as Carl Solway Gallery's presentation of rare histroical works by Nam June Paik, to thematic exhibitions including The Responsive Eye at 50, featuring Op-Art at Maxwell Davidson Gallery. 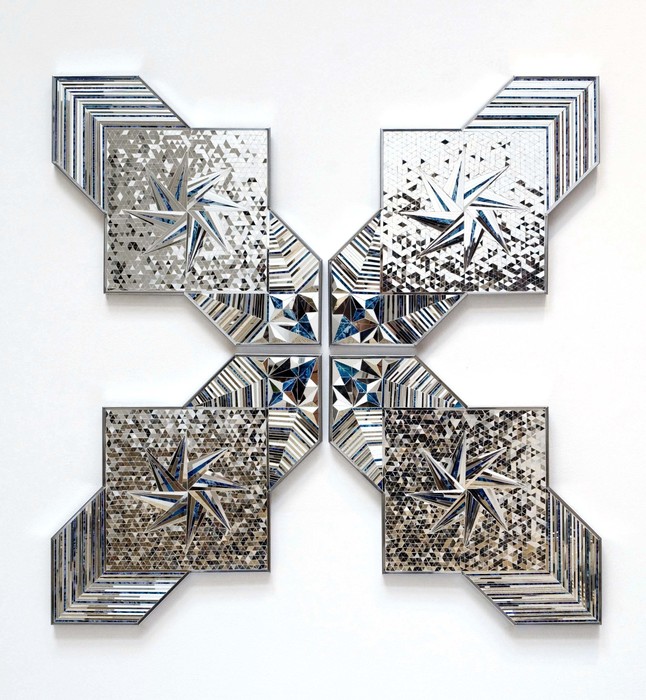 VOLTA is an invitational solo project fair for contemporary art. This year it moves to Pier 90, adjacent to The Armory Show in Hell's Kitchen. In partnership with GalleryLOG, this week ArtSlant presents exclusive interview previews with participating VOLTA artists here! 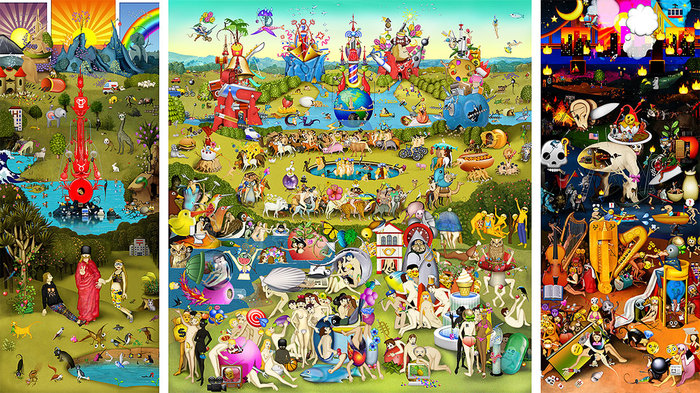 Carla Gannis, The Garden of Emoji Delights, 2014, Archival c-print mounted on plexi with semi-gloss front lamination, at PULSE PROJECTS
Courtesy of the artist and TRANSFER Gallery

PULSE, located in Chelsea's Metropolitan Pavilion, moves from Frieze Week to Armory Week this year. The fair features sectors like IMPULSE for emerging galleries, POINTS for alternative gallery models and non-profits, and PLAY, a platform for video and new media art. Check out our 2014 interview with PULSE Director Helen Toomer here.

March 5: 4pm, "Women in the Artworld: Today–> Future," a tour led by Association of Women Art Dealers (AWAD) Founder Susan Mumford focusing on six leading women in the field
March 7: 2pm, PESPECTIVES—a 10 x 10 round-table curator discussion on the subject of "The Future"
Ongoing: PULSE Projects, with large-scale sculptures and installations, including Carla Gannis' The Garden of Emoji Delights (image above), and a site-specfic thread installation in the Metropolitan Pavilion entryway and lobby by Rachel Mica Weiss (Uprise Art). 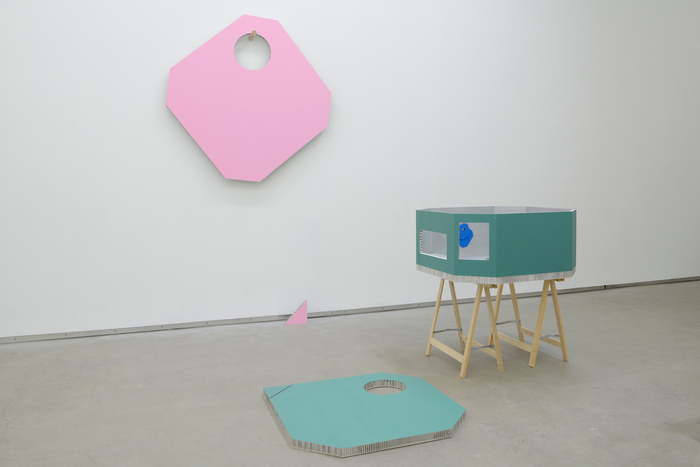 This year over 50 galleries and non-profits from 14 countries across Europe and the Americas participate in Independent's 6th edition, located in the Chelsea Gallery District. Solo highlights include a multimedia installation from renowned German artist Andrea Büttner—her first New York solo—at David Kordansky, and a series of drawings from Jimmie Durham at Kurimanzutto, one of 16 new Independent exhibitors. 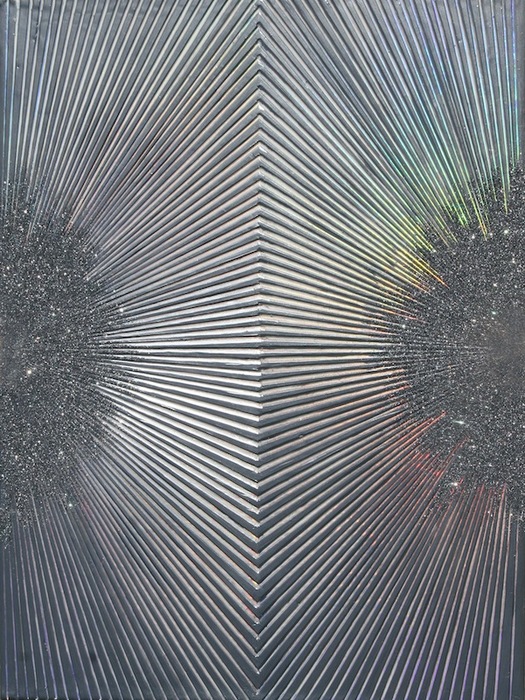 Dedicated to Contemporary Art, the 15th edition of SCOPE NY moves to a new location across from the Armory Show in the Metropolitan Pavilion West. Programs include the long-standing Breeder sector with a focus on emerging galleries, and Juxtapoz Presents, a series of galleries curated by Juxtapoz Magazine, including a special edition of the magazine.

Located in the Waterfront Tunnel in Chelsea, Moving Image’s 5th edition presents 36 single-channel videos and installations from international galleries and non-profits, including 5 world premieres. 2015's edition sees an additional curatorial focus on artists and galleries from Brazil and Finland.

March 7: 12–3:30pm—Spotlight Panel Discussions on “How Do Artists Secure Funding for Film and Video Artwork?” and “Moving Image: Instant Upload,” asking about the importance and consequences of having works online for artists today. 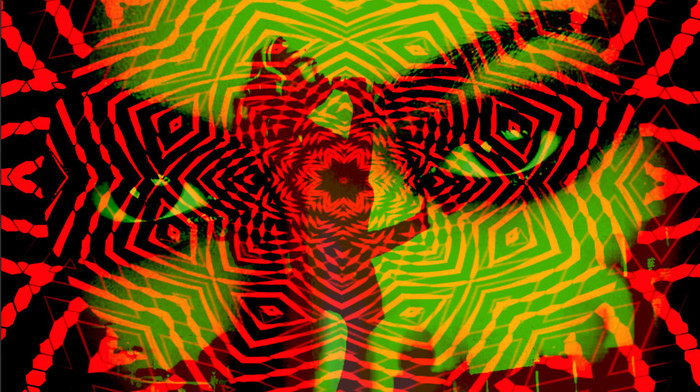 NYC’s “curator-driven art fair” has a 2015 curatorial theme of TRANSACTION. Over 80 curators were invited to create exhibitions in SPRING/BREAK’s new Moynihan Station location. 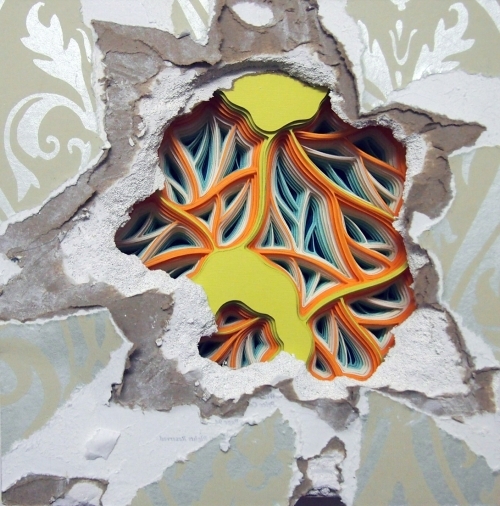 The new fair from Art Market Productions is not just for "works on paper." The fair features artists who “look to paper” as a major influence in their multimedia practices—including sculpture and installation. 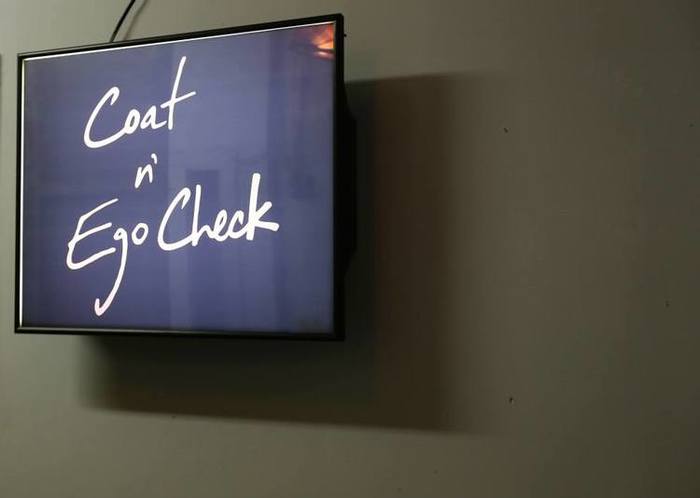 March 4–8
Public hours: Daily from 11am until 8pm
Free Admission

A block from the Armory Show, THE(un)SCENE promotes itself as a refreshing alternative to “the maze of cookie-cutter, white-walled art fairs.” Added bonus: free ice cream!

March 5: 8pm–midnight, The (un)Scene LOVES ART, an evening of art and musical performances hosted by Brock Enright, with music from Andrew Michael and house DJ Rob Sperte (no cover, but RSVP recommended)

Each day hosts a full schedule of "happenings" including performances and talks. See the complete schedule of “Happenings” here.

Any tips for the week—at fairs or otherwise? Leave them in the comments.

(Image at top: Courtesy of Roberto Chamorro for The Armory Show)

A Stranger Comes to Town, and Takes the Art of Endurance to a New Level
3/2/18

VOLTA12 + GalleryLOG Preview: 5 Artists Discuss Process and Inspiration
6/11/16
COMMENTS (0)
ArtSlant has shutdown. The website is currently running in a view-only mode to allow archiving of the content.