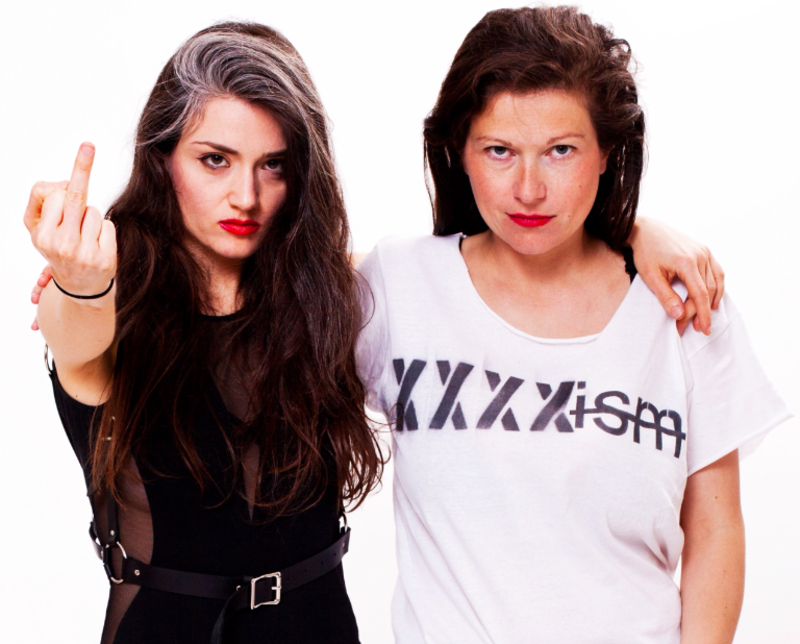 Curators are stealing the spotlight in the art world—mostly, for a good reason. This year brings an international showcase from a growing cohort of curators who, from Miami to Tel Aviv, have organized exhibitions we can look forward to—including public art and analogue photography.

Ask a curator how they feel about curating and you might get mundane answers about the day-to-day tediums of mothering artists and battles with the internet, but the big picture is ever more exciting. The following curators (or curatorial duos) shared with us thoughts on their craft, demonstrating their passion and vision for what they do. Without further ado, here is the latest crop of curator stars of this year. 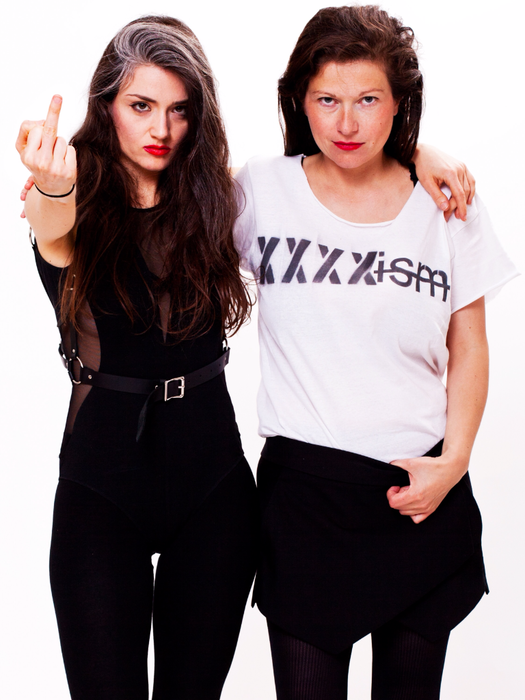 Upcoming: Anna Ceeh is curating Red. My colour is red, a performance tour on the cutting edge of video art, public interventions, performance, and hip hop from March to April at the NCCA, Moscow, as well as the Skwee Club at the UH Festival in Budapest showing video art, performance, and a Skwee Club mix from September 27 to October 4. Iv Toshain is showing in Vienna for Art's Sake!, 13 site-specific art interventions at the Winterpalais Prinz Eugen, Belvedere, as well as Galerie GALERIST, curated by Kendel Geers, Istanbul, Turkey and Galerie Charim, Vienna.

A quote on curating: “Art and curatorship can no longer separate, shock, or polarize but is regaining its subversive power to undermine, destroy, and revolutionize from within.” 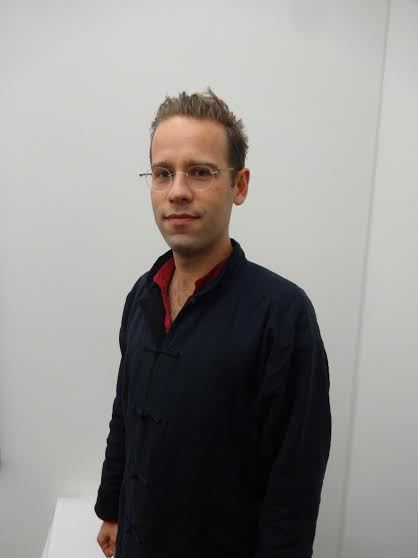 Upcoming:  Rare Earth at the Thyssen-Bornemisza Art Contemporary until May 31, 2015

A quote on curating:  “A curator plays the role of a double agent, representing both material exigencies—including the patron or commissioning institution's needs and desires—and the artist's will. In addition to this, he smuggles in a few of his own interests. He is both an accomplice and an agent provocateur. Curators don't always write, but they should. Having said this, the best justification for making an exhibition is that what is being communicated could not be put across better in another format.” 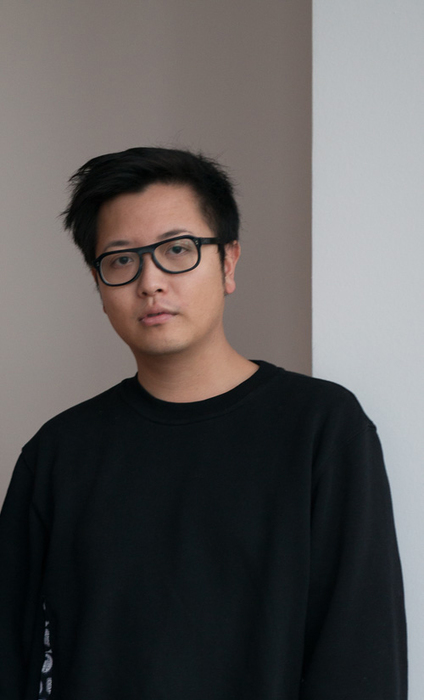 Upcoming: Chan is co-curator with Tim Goossens, Julia Kaganskiy, and Aja Martin, of Aurora Dallas, a public new media art exhibition in downtown Dallas in October 2015. “Since curating the Marrakech Biennale (2012),” says Chan, “which was part outdoor, and the Biennial of the Americas in Denver (2013), which was entirely outdoor, I’ve been very keen on making exhibitions in public places. I like that you don’t even need to know you’re attending an exhibition to see and engage with artwork. I’m hoping that these exhibitions could help form a practice of thoughtful, critical engagement with the urban world."

A quote on curating: “Make sure your exhibition requires your audience’s physical presence; for everything else there’s the Internet.” 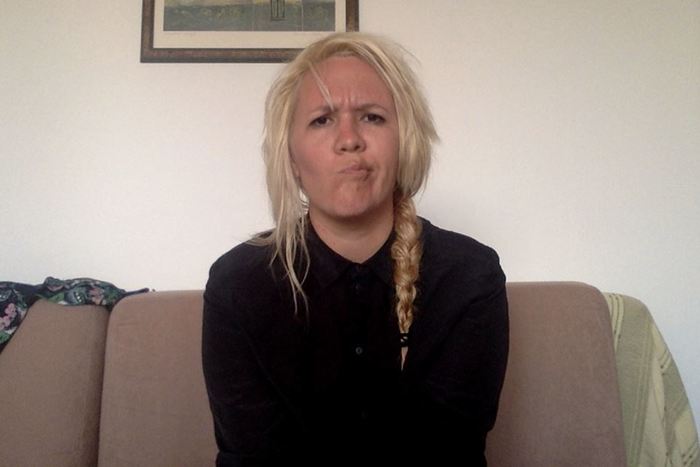 Upcoming: Post Analogue Painting at the Hole this April.

A quote on curating: “Filling a hole in the downtown community” is our goal. 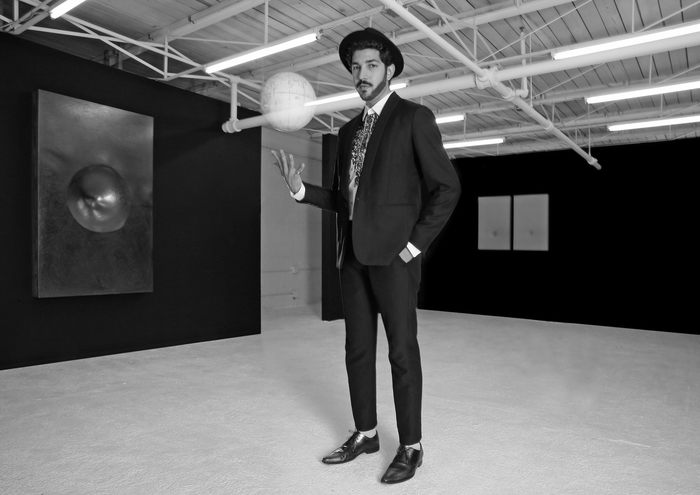 A quote on curating: “Although I'm not billed as a 'curator' for Auto Body, I would be considered Founder and Producer. Auto Body, a video and performance project that debuted during Miami Art Week, presents performativity as a powerful vehicle for transcendence, movement and transformation. By examining the political and economic inequalities of the art world, Auto Body serves as a platform for a variety of female voices. Focusing on time based practices as an alternative to an object driven market, the exhibition presents the body as language. Selected artists were nominated by a curatorial platform consisting of 26 international female curators. Auto Body is traveling to Faena Art Center in Buenos Aires Argentina this year taking place during ArteBa art fair and Argentina's first performance Biennale. As the show travels, the non-commercial project will continue to add local artists and local curators allowing new conversations to take shape.” 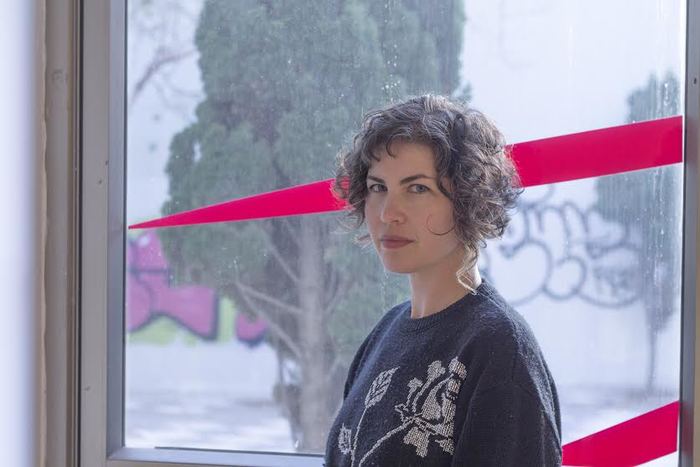 Upcoming: Tamir has two upcoming solo shows at the CCA of Oliver Laric and Toony Navok, May 21 to July 18, plus the CCA's summer exhibition from July 30 to September 26. She will also be speaking at the Armory Show in New York about regionalism in the Middle East on March 8.

A quote on curating: “When I applied to Bard, I had to write a personal statement about why I wanted to be a curator. It was titled 'God is a Curator' and was a riff on DJing. I can't believe they let me in, but I'm so happy they did. Those two years taught me stuff about curating I didn't even know I didn't know.” 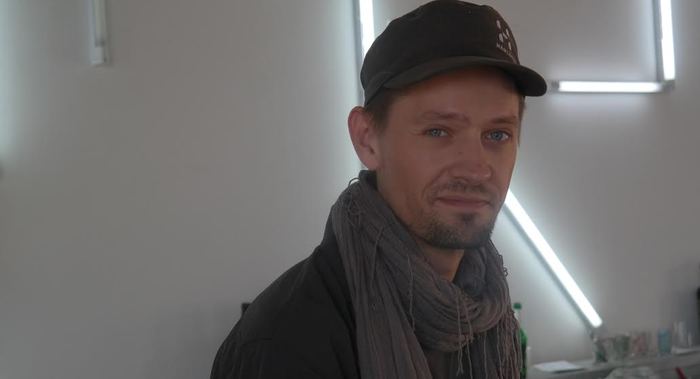 Upcoming: The Black Market exhibition series, co-curated with Marcus Eek, will be announced soon with shows in Berlin, Helsinki and Leipzig. More info on the forthcoming exhibitions will be online soon (site is currently down, sorry).

A quote on curating: “I aim to curate with a similar feeling as I paint.” 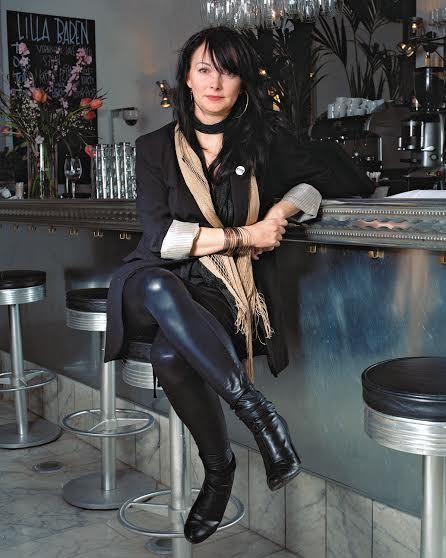 Upcoming: Ekroth is working on upcoming solo shows of Klas Eriksson at Prosjektrom Normanns in Stavanger, Norway, from April 17 to May 31, and John Bock at Kulturhuset in Stockholm from May 30 to Sept 20. She also has a group show (currently untitled) at Darb 1718 in Cairo in November, public art projects in Oslo, and is working for KORO, Public Art Fund, Norway, as well as a board member of the Röda Sten Konsthall in Göteborg, Sweden.

A quote on curating: “Being a curator is like being the artists' best friend, critic, mother, therapist and mistress in one. One has to be a little perverse to enjoy it. Naturally, I love it!” 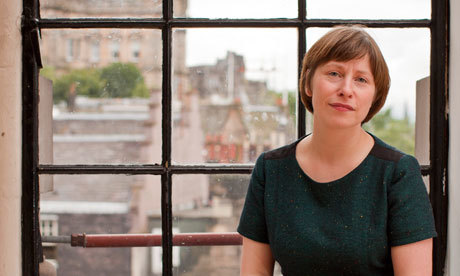 A quote on curating: “I’ve worked almost exclusively commissioning and curating artists’ projects outside formal gallery contexts and I love the multitude of conversations that requires (from artist through to road sweeper), the way in which it allows you to continually renew your relationship to a city and its spaces, and the whole process of helping an idea take form and come to life.  ‘Curator’ has its roots in the Latin curare meaning ‘to care for’—and for me that word is a wonderful shorthand for the many roles a curator needs to adopt. It communicates that deep sense of emotional investment as well as a sense of responsibility and respect for someone else’s ideas, the pragmatic ‘taking care of things’ combined with a much more pastoral and relational ‘taking care of’ artists and audiences.” 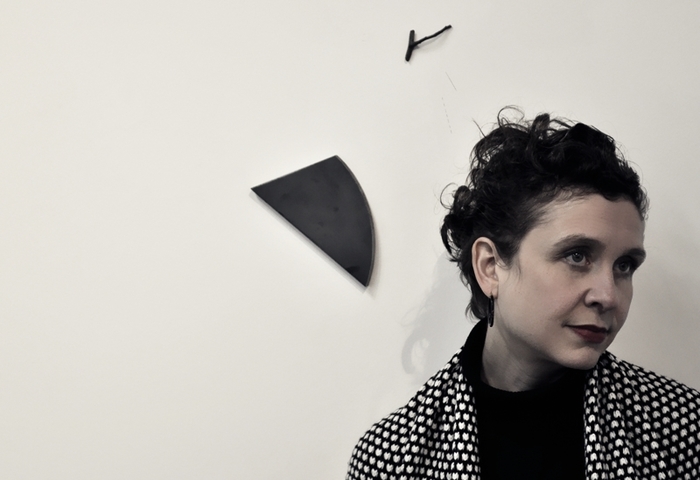 Current and Upcoming: Reciprocity by Akira Yoshikawa with contemporary cellist Alex Waterman until February 21 and Meryl McMaster running from September 10 to October 17, which opens simultaneously with a mirror solo show in Santa Fe Museum of Contemporary Native Arts. “She’s a young woman but a real shooting star,” says Katzman. “I took her on right from school.” From October 22 to November 20 the gallery will feature Susan Schelle and Mark Gomes, a husband and wife art duo that do a ton of public art but have never shown together.

A quote on curating: “I’m bored with all the exhibitions that are the same. I aim to curate artists by connecting ideas and suggesting relationships, specifically outside my gallery and roster. Work does not exist in a vacuum. My gallery is a living organism that breathes the work; it's transformed by each exhibition.” 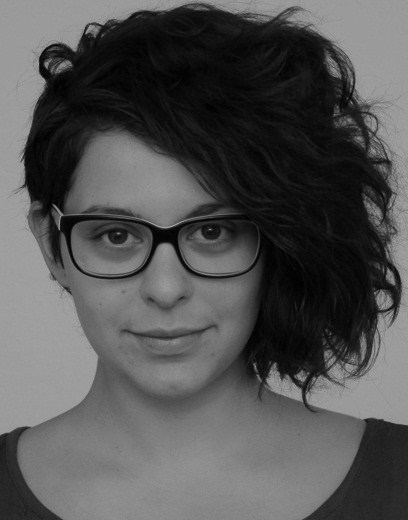 A quote on curating: “Curating is translating the artists’ visual or conceptual languages into a language, which is comprehensible for the public. In the last years, the artistic media and languages became more and more multifaceted and so should the translations. We are entering a Tower of Babel's era!” 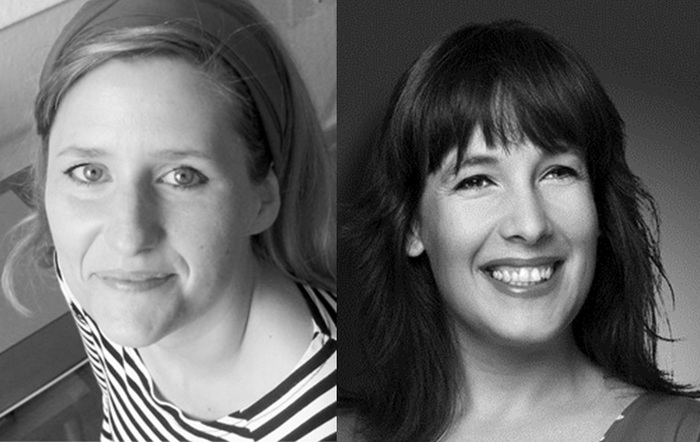 Current: Cornelia Bästlein, a graphic designer and Irja Krätke, a writer and multimedia artist, have been friends for years. Their first curatorial venture is Lore Krüger's A Suitcase Full of Pictures until April 10, 2015 at C/O Berlin Photography Foundation. In 2007, they went to a political conference in Berlin, where they saw a German-Jewish translator and Nazi resistance fighter, Lore Krüger, speak. They developed a friendship with Krüger and visited her home, where she showed them her portfolio of previously unseen black-and-white photos she had taken from 1933 to the late 1940s, first influenced by the Bauhaus, then portraits of politicos and intellectuals in America, where Krüger fled in exile during WWII. They worked in cooperation with her to show her photographs, but Krüger died before they could realize an exhibition together. For their inagural exhibition, they brought to life the works of a forgotten photographer and hope to tour the exhibition around museums this and next year.

A quote on curating: “Curating is like a journey into uncharted land." 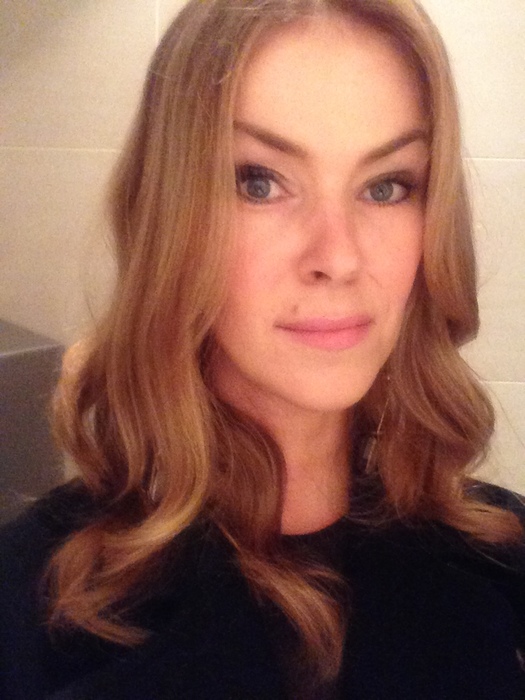 Upcoming: “I will be developing two separate large-scale initiatives supporting curatorial and artistic practices. I am collaborating with a couple of partners to launch an international program for curatorial research as well as to initiate a new international art prize celebrating cultural sustainability of artistic practices. Both of these initiatives have got a lot to do with my PhD research, out of which I will be publishing sections scientifically also later this year. 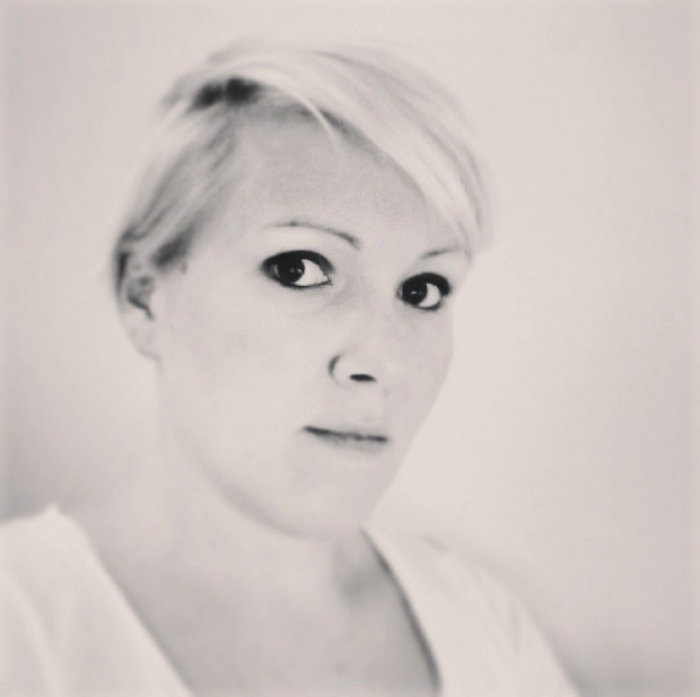 Upcoming: Group exhibition by 15 artists called New Narrative and Reader opening June 5 until August 29 at the Bury Art Museum and Sculpture Center in Manchester. It continues from October 17 to January 17, 2016 at the Salo Art Museum, Finland.

A quote on curating: “Confusion, it’s healthy—it’s a sign of something new.” 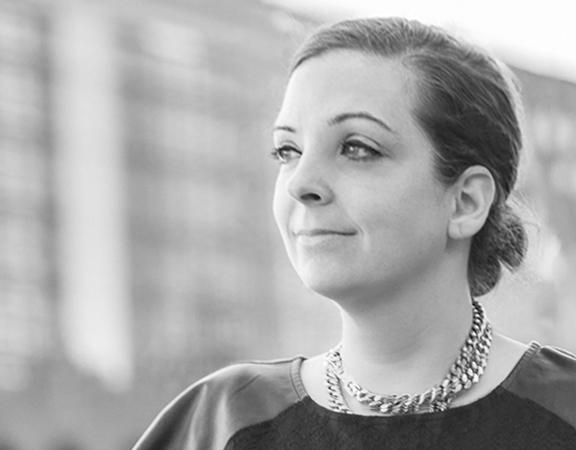 Leah Stuhltrager
Director at The Wye, advisory board at TEDxBerlin and freelance curator
Berlin

Upcoming:  Co-curator with Cris Dam of Dam Stuhltrager of Williamsburg on Warren exhibition this May at One Art Space in New York City and project managing for CYLAND's On My Way, parallel with the 54th Venice Biennale this Spring at Ca’ Foscari University in Venice. Stuhlrager is part of the CYLAND/CYBERFEST curatorial team, which tours cities through the fall and winter in Berlin, NYC, and St. Petersburg in collaboration with the PRATT Digital Media Department and Made in NY Media Center by IFP.

A quote on curating: “Give me a ladder—I’ll do it myself.”

The Art World's Intrinsic Conflict of Interest: Curating the Private Collection with the Public Trust
8/21/14

Text in the Expanded Field: The 2014 Whitney Biennial Group Exhibition
3/7/14
COMMENTS (0)
ArtSlant has shutdown. The website is currently running in a view-only mode to allow archiving of the content.