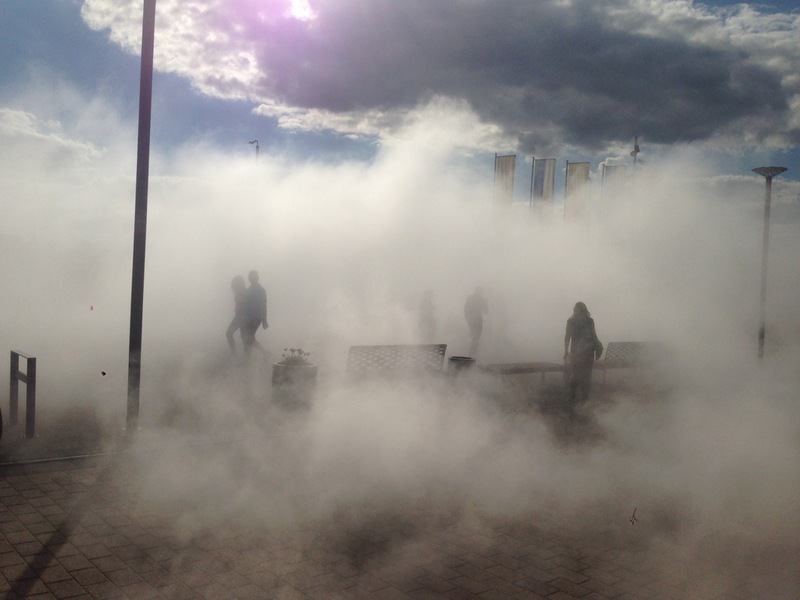 Spotlight on DordtYart, an Arts Organization Where Synergy Is the Gospel

DordtYart is not part of Art Rotterdam’s Intersections program—and with good reason. DordtYart could never be squeezed into the box labeled “artists’ initiative or non-profit space.” The organization from Dordrecht does stage exhibitions, which are often enriched with lectures and guided tours, but it does a lot more: it functions as an artists’ residency, a community workplace, a mirror for local history, an educational center, and a laboratory for crossbreeding science and art. DordtYart is the perfect amalgam of artistic, social, and economic ambitions that funding organizations dream of, and this week visitors to Art Rotterdam will have the opportunity to see some of what it does, as artists working with DordtYart present a series of installations on site at the Van Nellefabriek during the art fair. 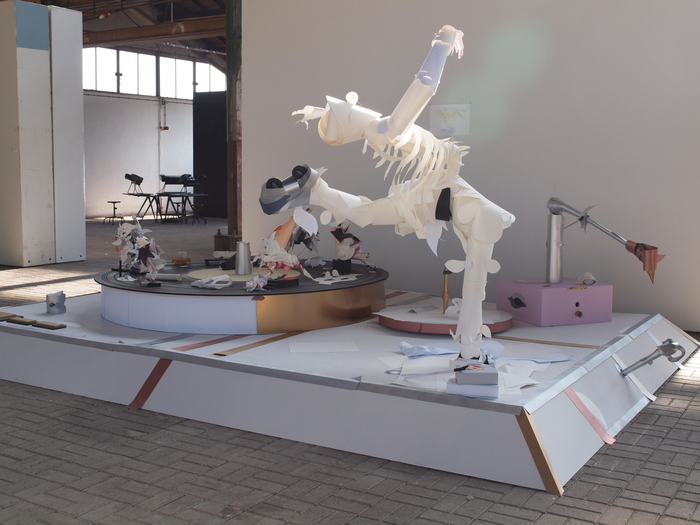 DordtYart is housed in the Biesboschhal, a former machine factory and shipyard dating back to the early twentieth century. After the termination of all industrial activities in 2000, the city of Dordrecht started converting the slice of land on which the buildings stand into a housing area. For a period of eight years, ending in 2020, the Biesboschhal was granted a cultural allocation. Renovation started four year ago with 2012 Architects transforming the interior using second-hand materials only. The walls came from De Kunsthal in Rotterdam, cupboards and doors are hand-me-downs from the Erasmus Medical Center, and the kitchen previously stood in restaurant Pasta Genova. This makes DordtYart not only a prime example of sustainable architecture and design but also of cultural recycling of real estate—a hot topic in this era of deindustrialization and massive vacancy in office buildings. Like Club Trouw in Amsterdam or Schieblock in Rotterdam, DordtYart is temporary and that lends it the dynamic lightness of a pop-up initiative.

Despite this lightness, DordtYart has some heavyweight backers. It comes as no surprise that Bouwfonds is a partner in the project. Revitalization of old, written-off buildings through giving them a cultural function is right up the alley of this real estate giant—it even sponsored a recent issue of the Boekmancahier exclusively dedicated to this subject. Bouwfonds fully financed the project Brug op de Stadswerven, which consists of a bridge and some pavilions in the DordtYart construction area, acting like pioneering posts. 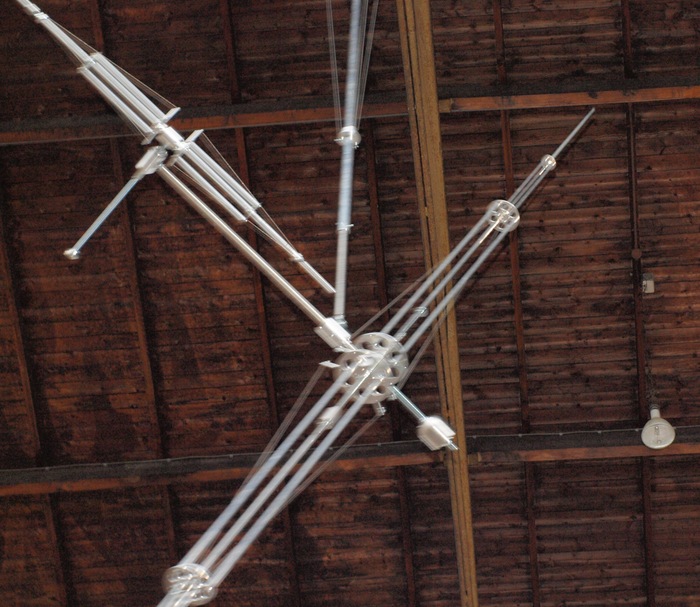 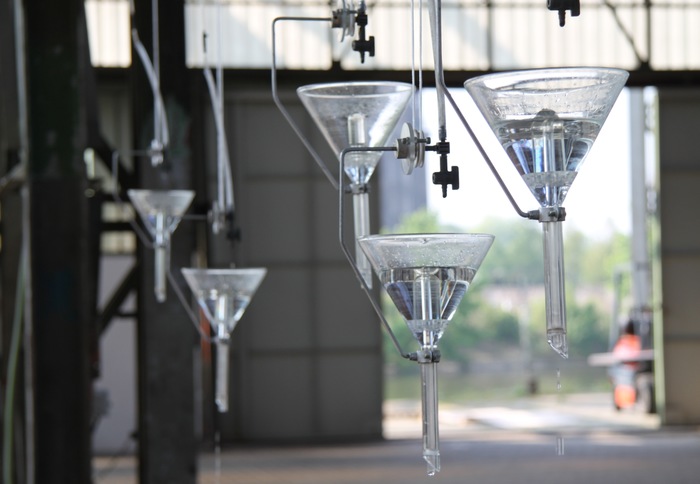 The Mondriaan Fund probably supports DordtYart for other reasons. Just recently the country’s most important arts fund launched The Art of Impact, a program focusing on art’s potential as a tool for social improvement. And DordtYart scores well in this respect too. The organization was set up as a cooperation between KunstZin, a local art fund, and DordtMij, an organization teaching educationally challenged teenagers practical skills. This type of crosspollination has won DordtYart not only the support of the Mondriaan Fund but also of Stichting Doen.

Nevertheless, the core of DordtYart is the art. And this is where the fourth partner enters the picture: the Dordrechts Museum. While this underappreciated but excellent regional museum mostly focuses on painting, DordtYart is dedicated to installations, sculpture, and other three-dimensional art forms. Artists of international repute are given commissions to make work related to the location. 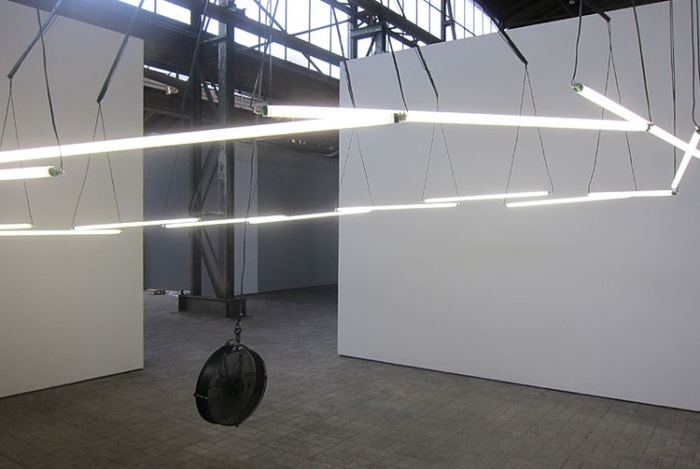 This usually results in large monumental pieces, sometimes noisily echoing a century of industrial activity. The diversity is impressive, as can be seen in the Art Rotterdam presentation this week. Zoro Feigl, the up-and-coming man of kinetic art, has worked at DordtYart, but also light artist Giny Vos, paper-cutting king Karen Sargsyan, and Dré Wapenaar, who is known for his innovative and sometimes insane tent designs.

DordtYart is the ultimate cultural-social-economic hybrid, connecting everything with everyone. Here synergy is not just a buzzword, it’s the gospel. And you’ll be hard pressed to find an art initiative this dedicated to making a difference. 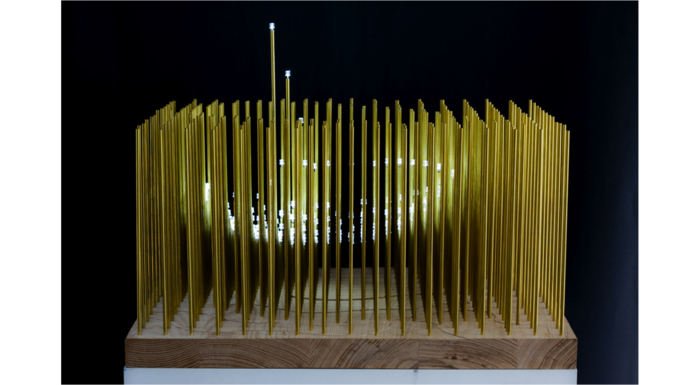 Still, when flicking through reviews of DordtYart shows it is striking how often these are lukewarm. Critics applaud DordtYart’s sympathetic set-up and innovative slant but hardly ever appreciate it with more than three out of five stars. It probably has to do with the wide range of artists DordtYart’s residency attracts and the fact that their group shows have little coherence beyond the communal reflection on the location. But maybe critics have not yet developed sufficient tools of their own to fully analyze and judge the wondrous combination of functions that make up DordtYart as a whole. Fortunately for both parties, there’s another five years to work on that.