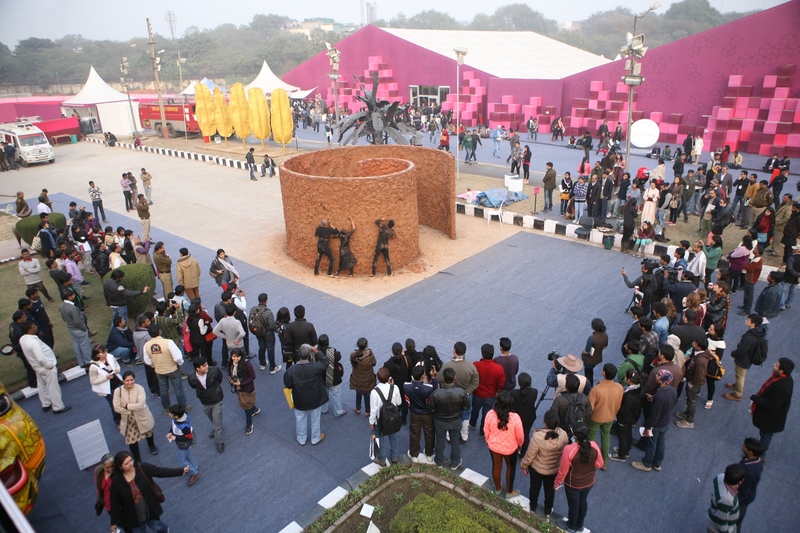 Seven Years On, India Art Fair Is Poised to Be Stronger Than Ever

Sandwiched between Art Stage Singapore and Art Dubai, the India Art Fair, now in its seventh edition, is relatively established in the region’s fair circuit, one that has seen the takeover of the former Hong Kong Art Fair by the Big One: Art Basel. Art Basel | Hong Kong shows the growing interest the world has in the region’s art, and also acts as a bridge connecting Asia with Australia. Positioned as India is between the Middle East and Far East, it has reliably showcased South Asia’s art (India, Pakistan, Bangladesh, Sri Lanka) in past editions, displaying a healthy cultural camaraderie that defeats political suspicions. 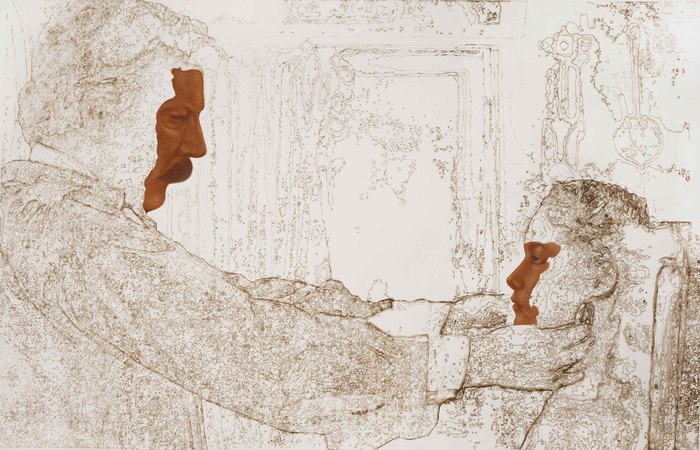 India Art Fair has over the years established itself as South Asia’s leading art fair for modern and contemporary art from across the world. The fair this year will have more domestic and regional focus with participation from galleries from tier-II cities and Pakistan, including artists of Pakistani origin. Art Chowk (Karachi, Pakistan) will have a selection of contemporary works of different media curated around the theme “The Politics of Aesthetics.” Another artist of Pakistani origin, Mohammad Zeeshan (supported by Latitude 28), will do a special project titled On Indefiniteness. In addition, the fair will host a Pakistani panel at the Speakers’ Forum including Salima Hashmi (Dean, Beaconhouse National University School of Visual Arts and Design, Lahore); Quddus Mirza (Art critic, curator, and Head of Fine Art Department, National College of Arts, Lahore); Rashid Rana (Visual Artist and Associate Professor and Head of Fine Art Department, Beacon house National University, Lahore); and Adeela Suleman (Artist, Karachi) discussing “Art, Histories, and their Discontents.” 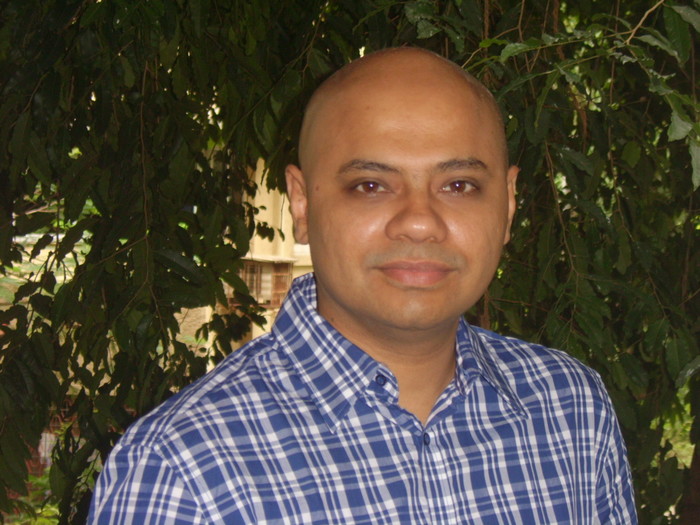 But, surely, something in the growing force of the region's art fairs, plus India’s second edition of the Kochi-Muziris Biennale to contend with, has caused more than a seven year itch. Some re-invention is warranted, and for the first time since its inception, the India Art Fair has appointed an artistic director, Girish Shahane, who has several years of previous experience curating shows in galleries and public spaces. At India Art Fair's Speakers' Forum, his art talks programming brings in thinkers, artists, and curators to not only discuss art and relevant issues but to attract the now-initiated-but-wants-to-know-more regular to the art fair. Kirpal affirms, “Whilst the decision to bring on an Artistic Director is overdue for India Art Fair, it reflects the ongoing efforts to constantly improve the level of professionalism and the experience for fair visitors. As Artistic Director, Girish Shahane will be curating both the Speakers' Forum and the Artistic Projects, designing these elements of the fair in order to bring a more comprehensive and coordinated experience to fair goers.”

It’s not an easy task to coordinate art thought into the realm of deeper understanding at an art fair. After all, the premise for the fair is sales—with some 90 booths and 85 galleries—and booth after booth stocks the hot tickets, what is au courant, among galleries’ stables of artists. To bind an idea thematically, as a curator would at a biennale, is nigh impossible. Shahane has to combat not only the content but the location of that content. When asked how different the process was from other shows he’d curated in the past and whether the audience played a role in selecting what he decided upon, Shahane explains:

The Special Projects within the tents of the art fair are interspersed among gallery booths, so it is difficult to make any connection between the different projects. This is different from curated exhibitions where exhibits all hang together. I was conscious of the art fair audience being a mix of people with little exposure to art and those who are very knowledgeable. I selected projects that I thought would appeal to both categories.

One wonders if a separate enclosure for the Special Projects' artistic endeavors would have had more impact—like, for example, Art Unlimited at Art Basel, which touts itself as “a pioneering exhibition platform for projects that transcend the limitations of a classical art show stand.” Indeed, Unlimited, housed in a warehouse-like space with soaring ceilings, allows for large installations and cinematic film projections, bringing a biennial feel into the art fair. Perhaps the general masses at New Delhi are not ready for this quite yet; interspersing the tents among the booths seems to be a tentative, wise beginning. 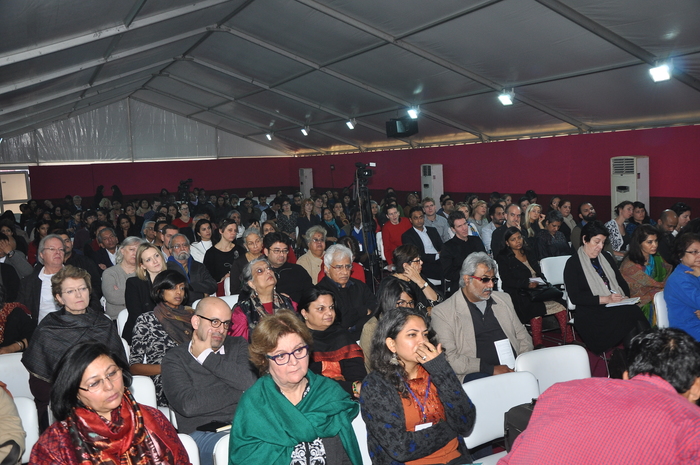 Adds Shahane about the Speakers’ Forum, “As with the Special Projects, I wanted to appeal to all sections, but the approach was a bit different, in that there are a few specialized panels, and others with a broader appeal.” Panel discussions this year cover topics such as “Private Collections, Public Domains,” “Collaborative Practices in Art” and “Heritage Tourism and Cultural Policy.” A special section “Spotlight Series” at the YES Bank Lounge features shorter talks with artists and curators.

In addition, Kirpal highlighted for us further new innovations at the fair this year.

There are a range of exciting new elements being added to the mix for the 7th edition of India Art Fair, including a number of firsts. We are seeing new levels of corporate engagement from a number of major organizations who, as part of the CSR [corporate social responsibility] initiatives, are promoting art awareness through the gifting of art fair passes to their staff. In addition, a series of organized lunches, meetings and social gatherings at the fair will facilitate deeper cultural engagement between a range of groups, with established art patrons meeting new collectors, galleries meeting architects, and a range of international museum groups meeting each other. The 2015 edition of India Art Fair will also bring greater focus on the confluence of art and design. In another first, we have invited Mumbai-based architect and designer, Ashiesh Shah to co-host and curate India Art Fair’s closing party, entitled “Chand LC,” and inspired by Le Corbusier’s work and aesthetic. This will be held at Le Meridien February 1st, 2015.

The India Art Fair has grown from its crowded early fair floor plans to a spacious layout, the wide aisles warmly accommodating the impromptu chats of art aficionados. As the calendar of events around the fair expands, these chats are an increasingly necessary filter for what to see, what not to miss, or where to meet later. Expect to hear chatter about the National Gallery of Modern Art's RAQS Media Collective retrospective Asamayavali/Untimely Calendar and Mrinalini Mukherjee's solo show; the Devi Art Foundation's Fracture: Indian Textiles, New Conversations, curated by Mayank Mansingh Kaul with Rahul Jain and Sanjay Garg; Bodily Tactics |Kyoto Casual at the Japan Foundation; and CAMP’s As If – II: Flight of the Black Boxes at 24 Jor Bagh—just a few must-sees this year. 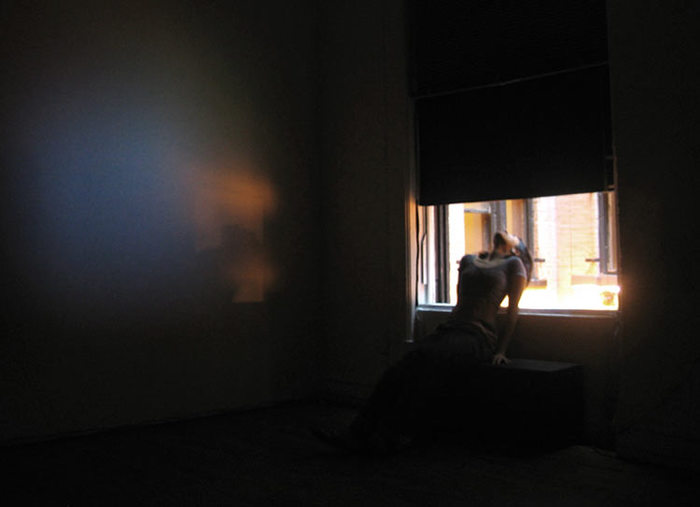 So put on sensible trainers and bundle up warm against the cold; you are going to be tearing around much of Delhi using the Fair as fulcrum. For the uninitiated, it's not a city to negotiate easily—traffic and venues are far apart and take up much of the time, so sensible planning is a necessity to make the most of all the happenings. In fact, you can start each day right with breakfast: at the Gujral Foundation’s Outset breakfast series, talk gets serious over coffee and croissants; artists Jeremy Deller, Sarnath Banerjee, Shuddhabrata Sengupta, Ashok Sukumaran and Shaina Anand among others, will be yours for company.

(Image at top: Visitors at the India Art Fair 2014 in New Delhi watching a performance by Anindita Dutta, supported by Latitude 28)