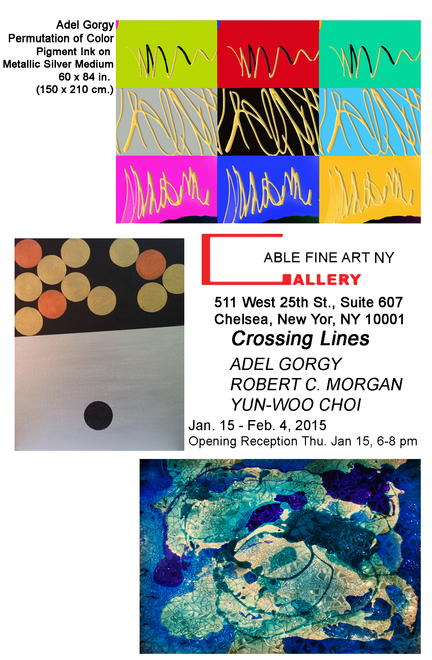 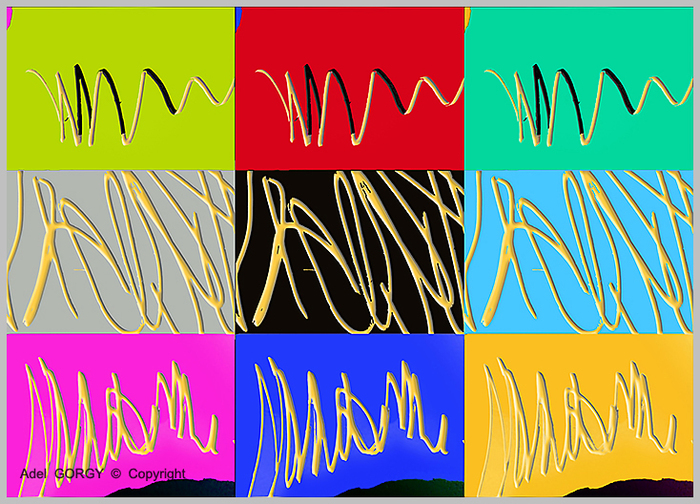 Adel Gorgy builds on the work he presented in his solo exhibition last year at Able of large format abstract photographs from the series Abstracting Abstraction, in which he intentionally blurs the boundaries between painting and photography.  In his current body of work, Permutations, he adds further dimension to a Matisse cut-out, and he brings vibrancy and sparkle to an earlier work by Cy Twombly.  In Permutation of Color...after Warhol, a wall-sized 9-panel installation, Gorgy adds richness and depth to the flatness of Pop Art, through fluid, calligraphic line and blocks of color reminiscent of Ellsworth Kelly.

Gorgy's art is primarily about art, but at the same time about states of consciousness and awareness.  Art is a journey, Gorgy states, as much for the viewer as for the artist.  He takes sometimes hundreds of images of another work of art, deconstructs it, recomposes it and introduces his own vision and meaning.  By doing so, Gorgy gives the viewer new ways of seeing.  Gorgy also continues a series of technical innovations.  The 11 works on display are all printed on metallic silver medium.  They glow and shine with brilliant tones, and bounce light and the viewer's own reflection, constantly changing the visual field and adding incredible dynamism to the pieces.  Gorgy's work is visually compelling and thought-provoking. 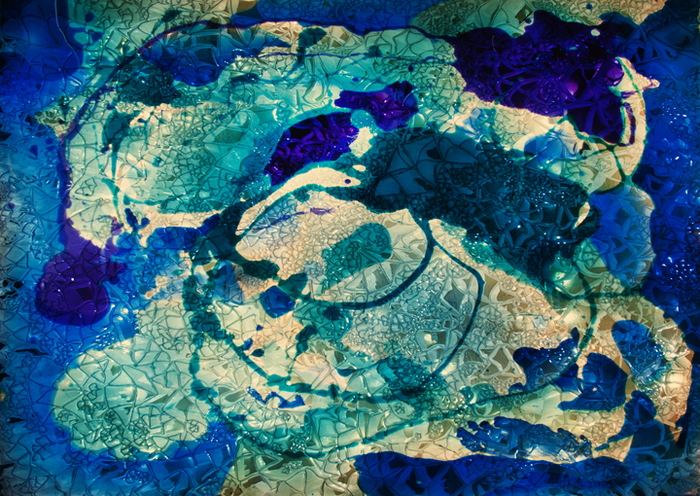 Yun-Woo Choi's light boxes are multi-media constructions that glow from within.  Choi incorporates the time-honored and revered practice of folding paper, carried out for centuries in Asia in forms like Origami and Korean Jong-i jeobgi.  His paper, Plexiglas, resin and light works transcend those traditional forms.  They are painted like swirling oceans of blue and green or constellations of points of light against a blue ground.  And like landscapes, the surface is just the extension of what lies beneath.  In Choi's Dimension Study in Blue, spires and peaks of paper jut out like island mountains emerging from primordial seas.

Choi states that his work expresses his interest in the multi-dimensionality of the physical, emotional and spiritual worlds.  He speaks of beliefs that embrace both Eastern and Western ideas, as well as scientific realities and the unseen realms of the spirit.  The experience of Choi's wall-hung sculptures brings to mind the vastness of space, oceans and time. 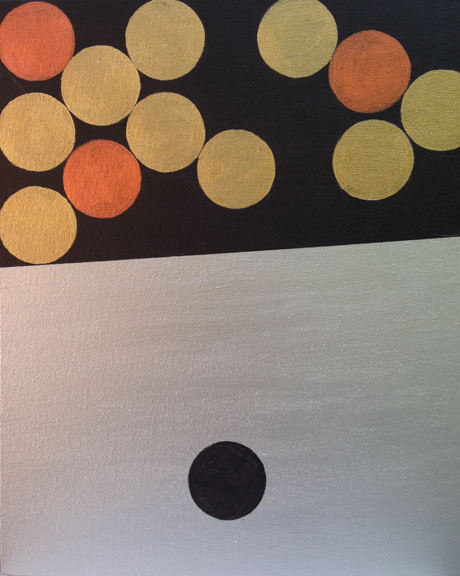 Renowned art critic, curator, writer and artist, Robert C. Morgan's paintings are built simply to express complexities.  His geometric abstractions entitled Wu Wei (a term that refers to a Taoist state of non-doing) are formed of circles and lines, positive and negative spaces, symmetries and asymmetries.   The black backgrounds and metallic paints he chooses allow his work to reflect and absorb light at the same instant, expressing a spiritual notion.  His work may refer to constructivism, signs and symbols, or architectural forms, but they offer, he states, "a mental kind of energy" that cannot be expressed through language.  Morgan's interest in Eastern philosophies and his background as a published poet come through in paintings that are mysterious and yet invite the viewer to approach and consider.