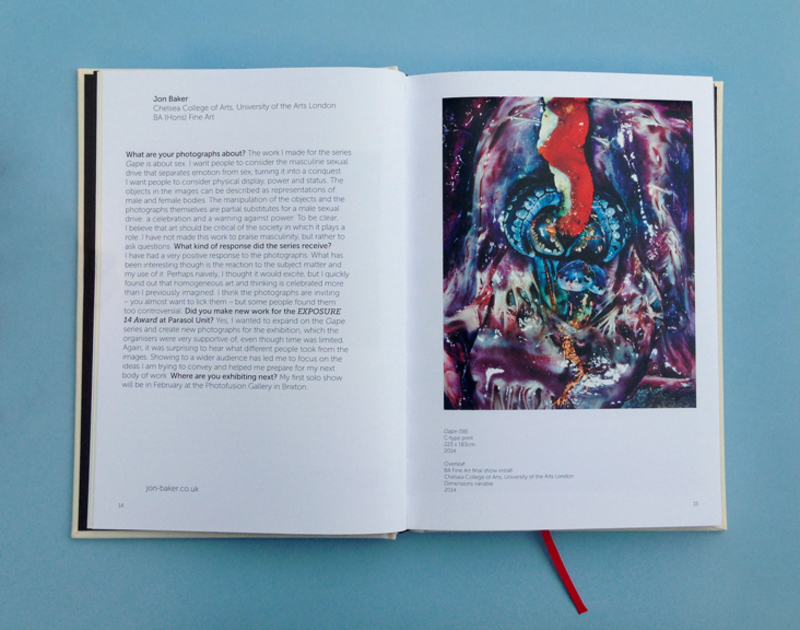 by Justin Hammond
The Catlin Prize and Guide is one of London's primary art prizes for recent graduate artists. The guide launches in January each year at the London Art Fair—with the prize winners announced at an exhibition in May. Founder and Director, and former ArtSlant Prize Juror, Justin Hammond, selects his favorite works from this year's edition, also on show at the London Art Fair 2015. 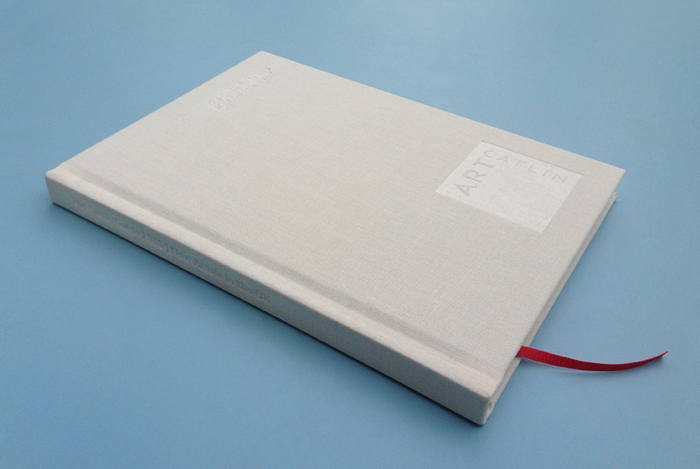 The Catlin Guide 2015
We're back in Art Projects at the London Art Fair to mark the publication of The Catlin Guide 2015, a limited edition book showcasing 40 outstanding recent graduate and postgraduate artists from UK art schools. As well as making a small number of copies free to visitors on each day of the fair, we're also presenting a selection of work by featured artists. Here, I've picked out four works showing at stand P25.
1. This is where the darkness lies (from the series Under the Influence), Dominic Hawgood
(Royal College of Art, London) 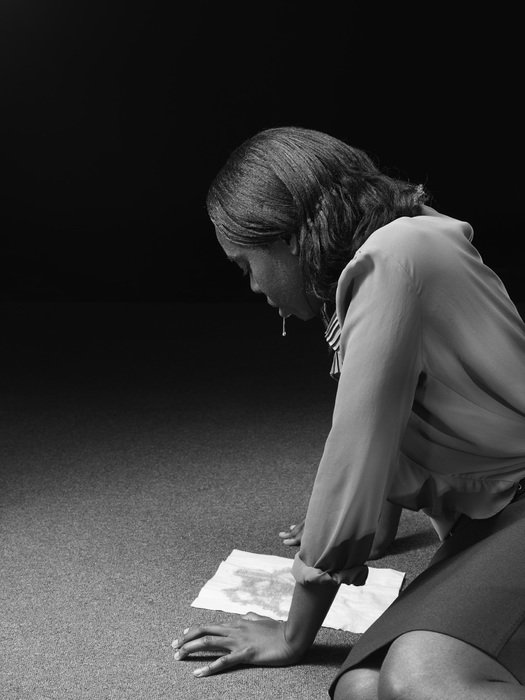 Under the Influence delves into the masked rituals of contemporary Christianity embraced by churches in London's African community. Inspired by the experience of witnessing an exorcism, Dominic attended a succession of church meetings and sermons, where his motives were routinely challenged. Pastors were invariably skeptical, an attitude at odds with the very public promotion of deliverance. These highly-stylized images accentuate that contradiction, hinting at the merchandizing of these rituals and engaging in issues of authenticity. Under The Influence won Dominic the BJP International Photography Award and bagged him an upcoming solo show at TJ Boulting. 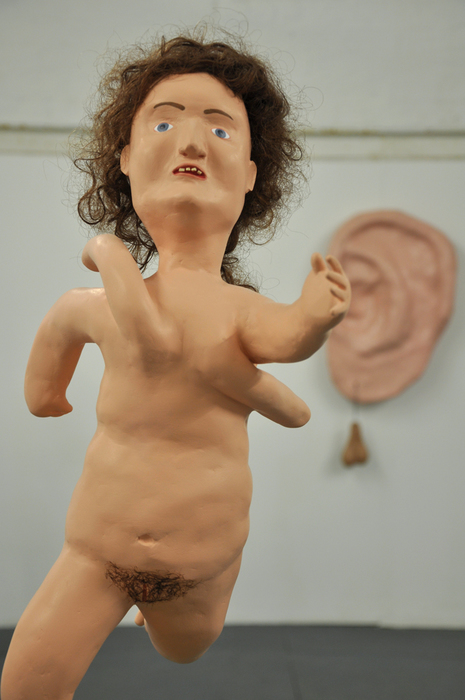 Slattenpatten, 2014, Chicken wire, papier mache, clay, acrylic, fake hair, 65x30x30 cm
The annual trek up to Glasgow for the MFA show is usually a fruitful one. This year, three artists from the Glue Factory show made the book, including Fanny Wickström, selected for her freakish trolls and sculptures like No One on the Corner Has Swagger Like Us (a scrotum dangling from a gigantic human ear). Fanny provided one of the more tangential interviews for the book. Here she is, talking about her approach to making art:

One of my friends had an undergraduate professor who once told her that if you are a woman you should never make small paintings. And if you do decide to make small paintings, god forbid, don't ever paint on board, it has to be canvas. Despite, or perhaps because of the silliness of this statement, I still sometimes think about it when I make sculptures. My work usually ends up being roughly the size that one person can produce and handle. It's probably due to a combination of lack of space, money and imagination. Perhaps being truly subversive would be making only miniatures, like detective Freamon from The Wire. 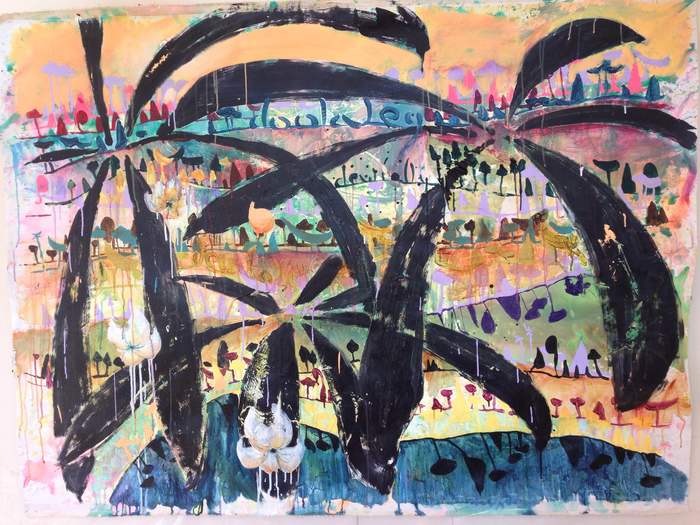 Doolaley,2014, Acrylic and pumice on canvas, 120x170 cm
Look closely and you'll spot the text crawling across the canvas. It's the title of the painting—an alternative spelling of "doolally"—meaning to be off your head. This is landscape painting as a reflection of an intense psychological state. It's also a nod to traditional pictorial modes of landscape painting: in this case a flattening out of the picture plane to create multi-tiered horizons. Get a little closer and you'll see a play on the title, "dew lolly." An ice lolly made of morning dew? Nicholas typically uses text as a trigger for surreal ideas, rather than a device for literal readings. If you get your skates on you can catch more of his densely-layered work in A Crazed Flowering at Frameless Gallery. 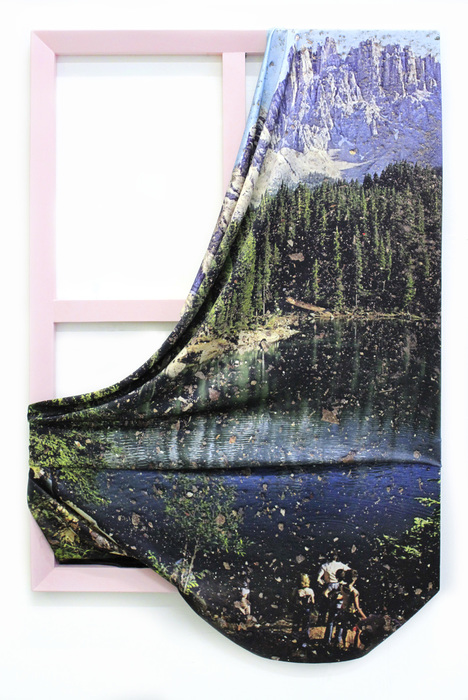 This is part of a series conceived during a two-month residency in Piedmont, Italy, where Oliver came to recognize how the history and culture of his temporary home had been commoditized and repackaged for touristic gratification. Using signifiers of leisure and comfort, the individual identities of places are decimated by homogenized online content. Destination concepts are displayed and sold like pic'n'mix in a sweet shop: familiar, tempting, and instantly available. Oliver's new works address this rampant rebranding. Found postcard images of the Dolomites are mottled with dirt and scanned to recreate scuzzy Kodak memories. Each image is then printed onto silk and draped over a candy-colored frame to present a reconstructed landscape, it's behavior dictated by the supporting structure.

Justin Hammond is an independent curator, publisher and art dealer. In 2007 he devised the Catlin Art Prize, an annual showcase for outstanding new artists in the UK, described by The Independent as the Turner Prize for recent graduates. He later went on to compile The Catlin Guide, now recognized as an essential reference for collectors of contemporary art. In 2010 he published An Unspoken Arrangement to coincide with Alex Ball’s debut solo exhibition and co-curated Mike Ballard's controversial Whose Coat is that Jacket You’re Wearing?, held in a disused tailor’s shop during Frieze. He continues to promote emerging artists, both in the UK and internationally.
(Image at top: Catlin Guide 2015)
Posted by Justin Hammond on 1/19/15
Tags: catlin guide, justin hammond, recent graduate artists, london art fair 2015, catlin art prize, student artists
RELATED ARTICLES

What to Buy at the London Art Fair 2015
1/20/15
COMMENTS (0)
ArtSlant has shutdown. The website is currently running in a view-only mode to allow archiving of the content.