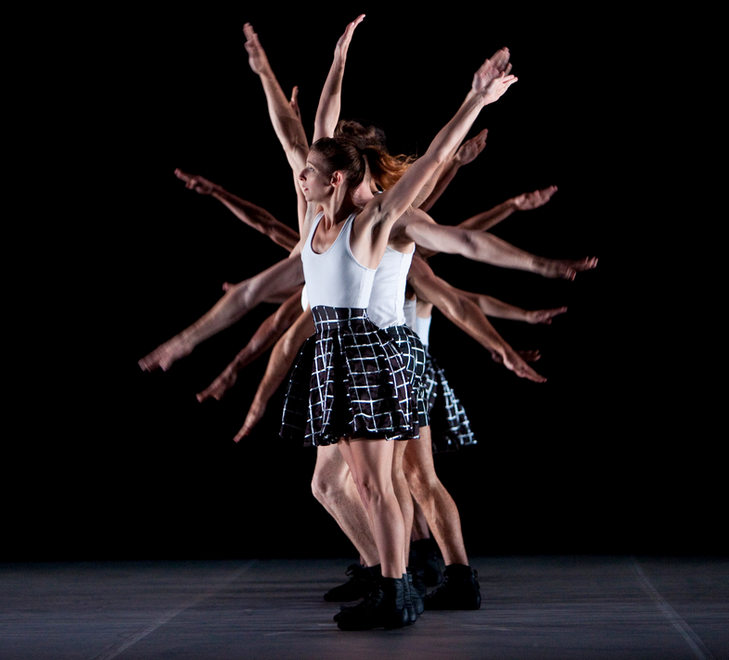 What literature is to words and music is to sound, dance is to movement. Refined into a language—from the cosmic shimmy to the mash-potato, Viennese waltzing to a raver’s speaker humping, and of course, that formal staging from ballet to music videos we call simply Dance—we take movement and communicate joy or boredom, despair or titillation, or if good, all of the above.

Seeing the LA Dance Project last weekend at the Ace in Los Angeles, it was hard not to find the whole affair intensely beautiful. Stylized as hell, drawing as it does from the ancestry of ballet, perhaps some immediacy is lost, but in the hyper-refined atmosphere of that art form, it’s pretty hard to find anything quite so lively.

With Dance, the kind that has conservatories and companies devoted to its practice, the presumption of course is that these movements are very difficult, requiring many years of formal training to acheive expertise. Ballet, for one, pushes the human body to the limits of possibility, legs arcing heavenward, toes crunching under the balanced weight against gravity, the whole exercise resembling often some kind of medieval torture routine for anorexic Russians perfected by Beaux-Arts aestheticians.

Modern dance freed movement to be something different; the dancers did not have to be bird cages wrapped with skin but humans: chunky, fleshy, real. But even after that revolution, the idea of a performance repeated to perfection and presented in a formal theatre certainly persists. (Though the best witnessed, admittedly informal, dance performance of my life was a party after an altogether excellent Michael Clarke-authored performance at 356 Mission this last year: a gang of trained dancers free from choreography and a little bit drunk, moved, jumped, gamboled, backflipped, and splitsed with heartbreaking and soul-stirring spirit, and best yet, I could dance in the shadowy gallery with them.)

This past weekend’s performance of Benjamin Millepied’s LA Dance Project attempted to inject and layer the casual and modern into the old repetitions, often asserting the individual dancers against the heavily designed groupthing. For neophytes, a little reductive history: George Balanchine and later Mikhail Baryshnikov both attempted to modernize ballet, make it something a little more relevant outside of rehashing perfect and perfectly tired 19th-century technique. Millepied continues that renovation, but with a slick, darkling style that made him a perfect collaborator for Darren Aronofsky in his film Black Swan (2010), a movie about a ballet dancer's aspiration and control driving her mad. (Millepied has also done numerous collaborations with visual artists, many of them from LA, including Barbara Kruger, Mark Bradford, and Sterling Ruby.)

For Millepied, displayed in the performance of his newish troupe at the Ace Hotel this past weekend, the movements are difficult and strange, like the whirling jumps of dancers moving never quite in unison but sometimes together. Sexy if never quite raw, again and again the performers swirl about each other like human centrifuges. The hard stasis of ballet tradition loosened into something a little weirder. 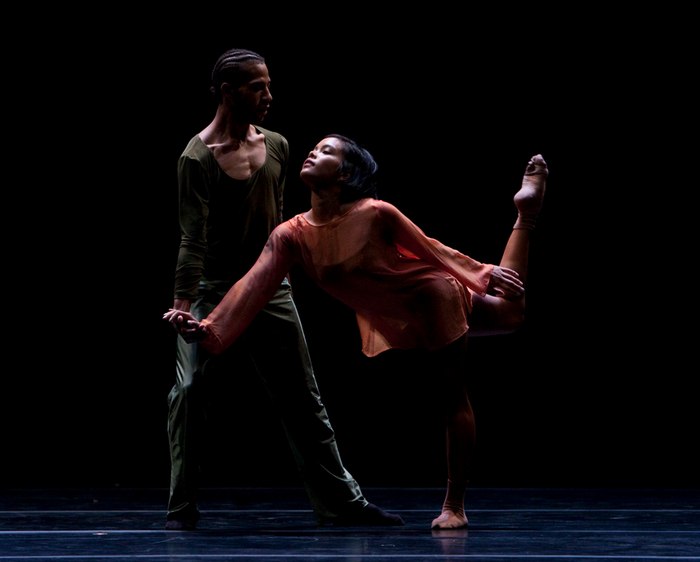 Still pretty refined as these things go, the form has been freed in LA Dance Project to be a little bit more playful and (as far as I can tell) abandons most of the more obvious moves associated with classical ballet (no toe-crackling slippers or dead Russian Christmas pageants here). The first of three pieces “Morgan’s Last Chug” (2013), liberally plays quotes from Samuel Beckett's play Krapp’s Last Tape (1957) mixed with what I was pretty sure was the synthy sweep of A Clockwork Orange’s (1971) title music (Wendy Carlos’ spooky electrified version of a Henry Purcell funeral march from 1695, which is to say an experimentally moderne take on a classical work). Beckett’s one-act is about a man who recorded himself throughout a long life on reel-to-reel spools and near the end is playing back those recordings. The attachment to the past destroys the man, the spools filling in for the real life he ought to have lived. Somewhere in the strange, different voices of the vastly different people a single human is over a lifetime, between all the various pasts and the remembering of the present, exists the ineffable heart of lived existence. The mash-up of music and movement might make this performance plumb post-modern, but its references feel like something that came after that movement’s smirking self-referentiality. The tension here is between the weight of the past and how we might remember it in the present, reflected in the mixed movements of the dancers and its bag of musical, literary, and choreographic borrowings and innovations.

Soundtracked by the nerve-wracking beauty of Philip Glass’s repetitive orchestrations, Millepied's own new "Untitled" tenses between control and release, however highly aestheticized. The fashionably fascist costumes of dancers clad in wife beaters and slick, gridded black-and-white skirts and shorts are set against changing backdrops—from solid black to stark white to the smeary colors of dawn/dusk to the bare stripped brick and pipework of the back of the stage. The scenography of the arranged bodies resembled Peter Greenaway’s painterly films, another modern take on classical composition.

In the last of the three pieces, William Forsyth’s “Quintett” (1993), casual play and thrushing joy is built right into the performance. The women broadly smile whilst in between flourishes; the dancers jostle and josh, slapping each other on the ass and playfully poking their partners. (Is it creepy that playfulness is choreographed? I guess I never question it in theatre, but when fiction butts up against its expository display here it brings into question how we as an audience are expected to experience contemporary dance.)

Like his countrymen's work in other media—artist Claude Leveque’s prison of silver bars and rippling silk flags in the 2009 Venice Biennale's French Pavilion, or Leos Carax’s Holy Motors (2012)—Millepied's stylization trumps the immediacy of felt emotion, giving us something radiant in its brightness but never quite warm. (That Millepied is even comparable to contemporary artists in other media probably says something notable about his crossover here.) Though in dance the hot, sweating body is always inescapable, the cool freneticism of Millepied’s compositions however perhaps smartly mirrors our own post-human experiences criss-crossing art-directed shopping malls in cold glass towers, the possibility of emotion and sensuality, a rarely freeing distraction from the surge of traffic, automotive and human, under the heatless blue light of LED streetlamps.

All photos by Rose Eichenbaum.)