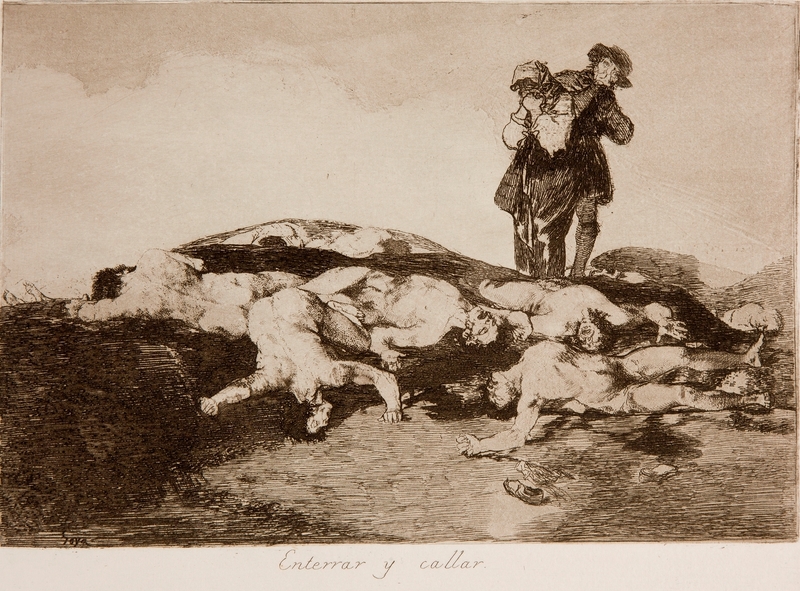 Hardcore War Drawings by Goya Shown in the Middle East

Irena Gordon might be the most audacious curator in the Middle East—and it’s thanks to an exhibition of pro-peace artworks that are over a century old.

In a daring and rare show of 70 etchings, aquatints and drypoints by the Spanish court painter Francisco Goya has opened at the Hermann Struk Museum, Israel. In the context of the modern day Middle East, Goya’s metaphors and allegories become not only relevant once again, but also subversive.

Goya witnessed 19th century Spain during the Peninsular War, a military clash notable for the emergence of guerilla warfare and as one of the first wars of national liberation. Characteristics of the Peninsular War and the Dos de Mayo Uprising recall the ferocious contemporary conflicts in the region, from Gaza to Turkey, Syria and Iraq. The barbarism of war, human cruelty, and the tragic consequences of brotherhood take on a strong leftist message in Goya’s intensely emotional works. 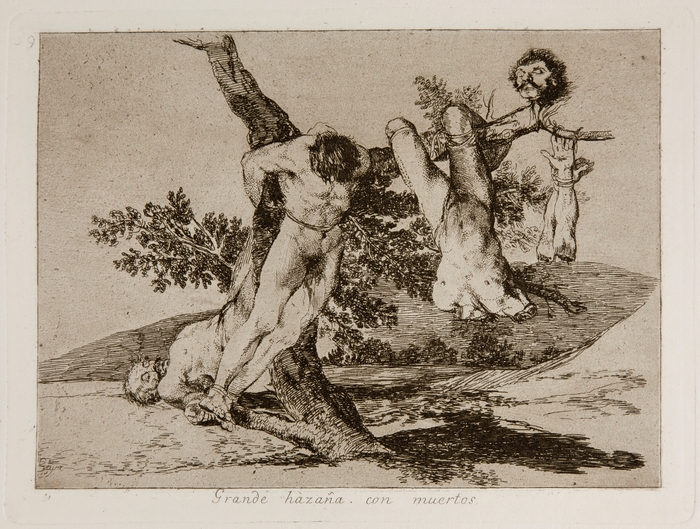 The works are currently displayed in Israel for the first time. Garnered from three pivotal etching series produced in the mid to late 1800s, the works depict the effects of societal violence on the individual. Taken from the series Los Proverbios (the Proverbs), these etchings show the violence concealed in literature; La Tauromaquia images, portray the Spanish bull fight and depict violence contained in sport and entertainment; and finally, the Los Desastres De La Guerra (The Disasters of War) series, which was never published in Goya’s lifetime due to its politically sensitive nature, directly addresses war. 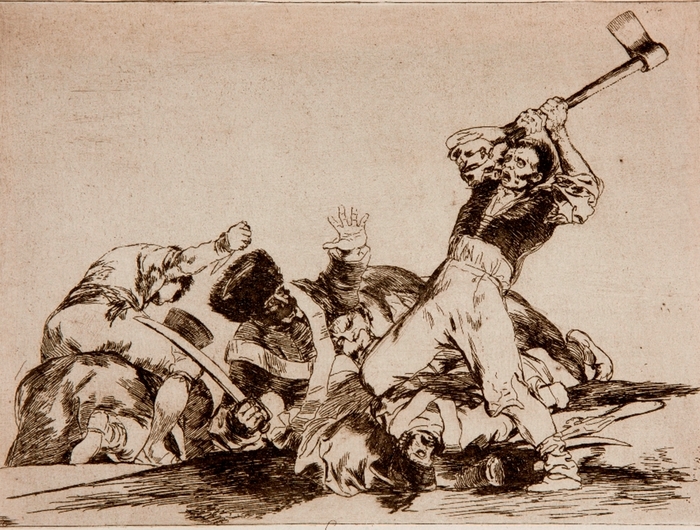 Despair emanates from Goya’s works, with their elegiac captions "Truth Has Died",  "Sad Foreboding of What is Going to Happen", "Against the Common Good". The bitterness of the artist's responses are more accusatory, more painful presented right now in the context of the Middle East – more than 150 years on. 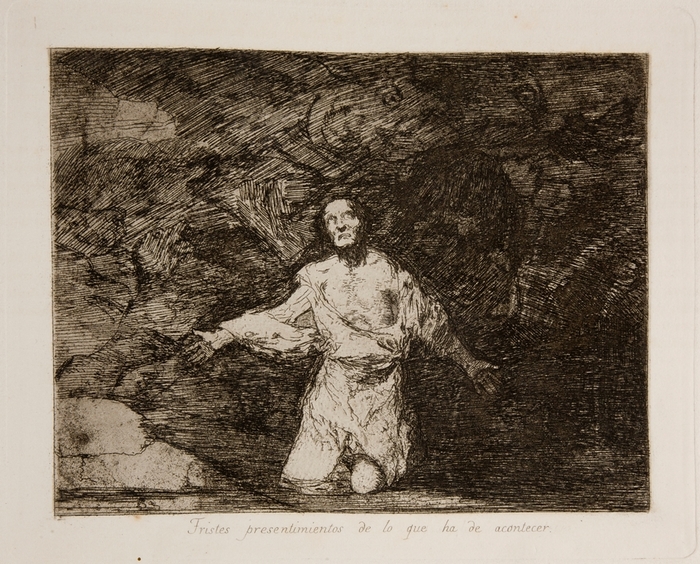