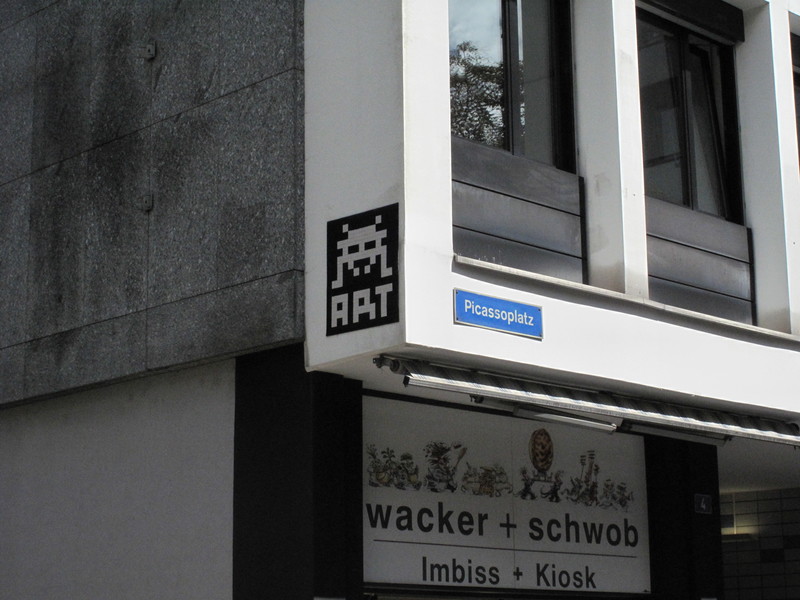 Why Haven’t I Given Up on the Art World?

It’s a cold rainy day in what has been an unusually cold and rainy summer in Switzerland. My face is melting in the most pleasant way as I lean my head against the windowpane. I’m feeling the air pressure rise and fall as the train zips in and out of tunnels through open fields. The landscape is beyond real. Electric green grass, rolling hills that lead to deep navy blue mountains capped in snow, and clouds that look exactly the way Plato would imagine clouds.

I’m making a daytrip to Basel to see the Charles Ray retrospective that is split between the Kunstmuseum and the Museum für Gegenkunstwerk. It focuses on Ray’s sculpture between 1997 and 2014. The bulk of the show is at the Kunstmuseum, which proves to be an ideal venue: a series of rooms, one leading to the next, each housing a single work. The exhibition begins with his 1997 Unpainted Sculpture, a Pontiac Grand Am that has been totaled and cast piece-by-piece in fiberglass. It allows us to do something art is good at—examine things in ways that in other cases would be inappropriate. Unpainted Sculpture, which is painted gray by the way, lets us consider the violent physics of a car crash in a sculptural way and it also lets us gawk at a car accident but call it a cultural experience.

The rest of the exhibition reveals Ray to be an increasingly conservative artist obsessed with the banalities of sculptural craft and figuration. The piece that bookends the whole experience and does things I would argue art maybe shouldn’t is Sleeping Woman (2012). It’s based on a photo he took of a homeless woman sleeping on a bench near his studio. The 2.5 metric ton sculpture is machined out of a solid block of stainless steel. The whole thing feels perverse. Even the way you encounter it, walking up to the woman from behind, looking down on her.

It’s almost impossible for me to look at art anymore without thinking about all the mechanisms in place behind it. I think about the costly and involved production of this object based on a homeless woman who appears to be black. I’m not saying artists have to make work addressing class and race issues, but they should be aware of the times they live in. Ray seems completely absorbed in his privileged neurotic artist head and unconcerned about the statement, intentional or otherwise, his work makes in the world. It’s kind of fucked up: A person living on the street is the catalyst for an object that has generated at least hundreds of thousands of dollars in production, shipping and sales. An object that ends up on the other side of the world for me to consider in terms the exhibition text describes thusly: “with special attention paid to the laced hem of the panties peeking out from underneath the rucked-up jacket.” 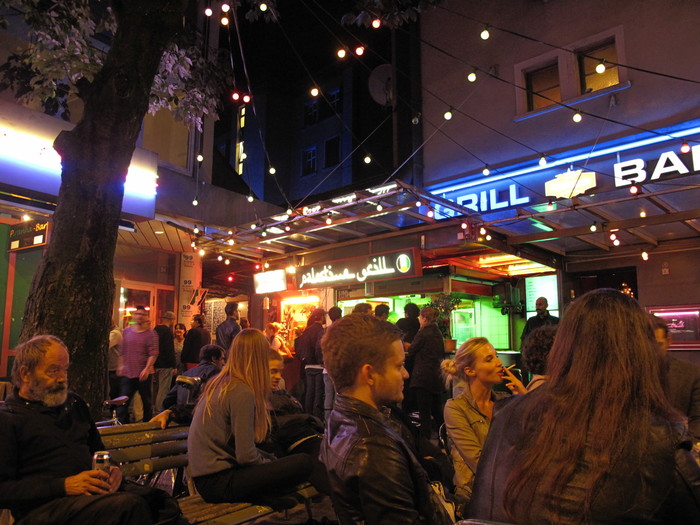 I return to Zürich and my friend’s flat. It’s quite cold now and I enjoy the autumnal flavor of the air. I have the place to myself and go to the grocery store for a few things to make a salad for dinner. It feels like it felt when I lived in Berlin. I can’t explain it. It’s romantic. Evenings like this make me hyper aware of every sensation—the light, the smell, the temperature. I spend months in my home city and remember only a few details, but a week in Switzerland and every moment is etched in high relief.

The friend I’m staying with is Patricia Bianchi, an independent curator and curatorial assistant at the Haus Konstruktiv. I’m in Switzerland for the Sommerakademie at the Zentrum Paul Klee. This is a residency in the capital of Bern I’ve been involved with since 2009 when I attended as Fellow. I met Patricia there in 2010 when she was on the curatorial team and I was there for the launch of a book I co-edited with the Fellows from my year called Internal Necessity: a reader tracing the inner logics of the contemporary art field. What brings me back every year is the group of people that is continuously growing. It’s more than a network of contacts; many describe it as feeling like a family. We make the yearly trek to Bern to catch up with old friends and make new ones. It’s like coming home for the holidays, complete with a family dinner and sneaking off to hang out with your favorite cousins. The people I’ve met here have become great friends and led to experiences far beyond the quaint Swiss capital. 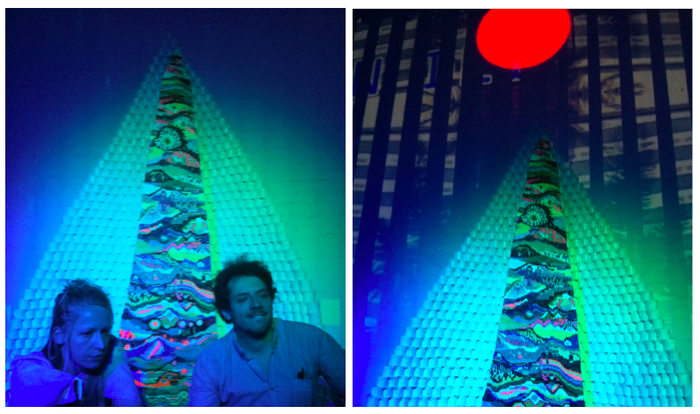 From left: Berit Seidel (member of U5) and Sebastién Peters (curator of Sonnenstube, an off space in Lugano, Switzerland) / Artwork in the U5 studio

In Zürich I find myself in a group of energetic young artists and curators as Patricia introduces me to the city’s thriving scene of off spaces and project galleries. We go to the Automaten Bar in the studio of the art collective U5. The bar consists of a vending machine that dispenses beers instead of pop. There I meet artists, students, and Sébastien Peter who is co-curating an exhibition with Patricia.

Another evening we go to an artist-run space called Arbenz for an artist talk that essentially becomes a critique. We go to another DIY bar called Zitrone where the group Sugar, Sugar, Sugar is debuting new flavors they’ve concocted for their ice cream machine. The artist Gregory Hari is collaborating with them for a project he’s working on with Patricia called La Deutsche Vita. I tell him if German and trashy is the theme, they should do a Jägermeister-flavored ice cream. Later we end up at the house of Lucas Herzig talking in the kitchen and finishing up bottles of wine. 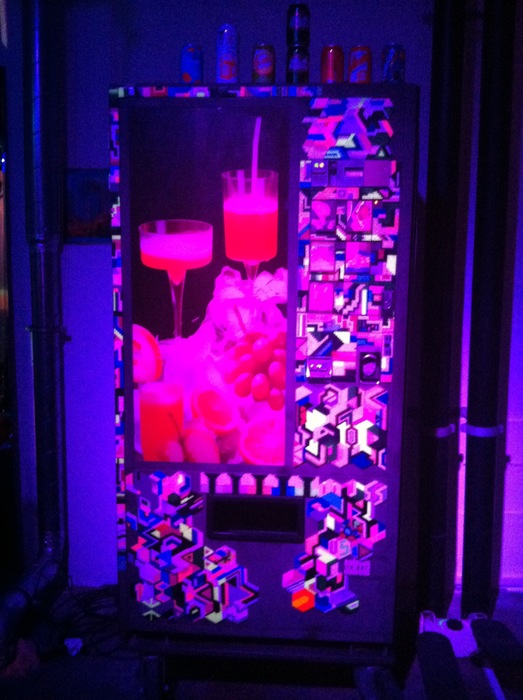 It’s not any one of these events that I can point to and say, “This is what it’s all about.” It’s the overall experience they offer. Nor is there a specific conversation I’m able to cite and say, “THIS was the meaningful dialogue.” It all sort of blended together into a feeling of belonging and excitement. Happiness? Joy de vivre? …Feeling like, “THIS is the way it's supposed to be. THIS is the feeling I get from being a part of all this. The feeling I want to hold on to.” If I’m sacrificing quality of life—a stable income, peace of mind, all the things people like me who aren’t artists have—then this is the experience I should always be seeking out. And if something is not providing that, then it isn’t worth my energy and I shouldn’t feel bad about not participating in it.

In the moment I was not thinking about how to condense it all into a story; I was just living. But I can tell you this: What is most important is to involve yourself with groups of people that care about the same stuff you do and who enhance your appreciation of those things. It’s about the conversation, the interaction, the people. I realize this is why I’m in it. Why I haven’t given up on art, as cynical as I am and as desolate as the whole global contemporary art enterprise can feel.

Can You Understand Graffiti without Breaking the Law?
10/7/14
COMMENTS (0)
ArtSlant has shutdown. The website is currently running in a view-only mode to allow archiving of the content.