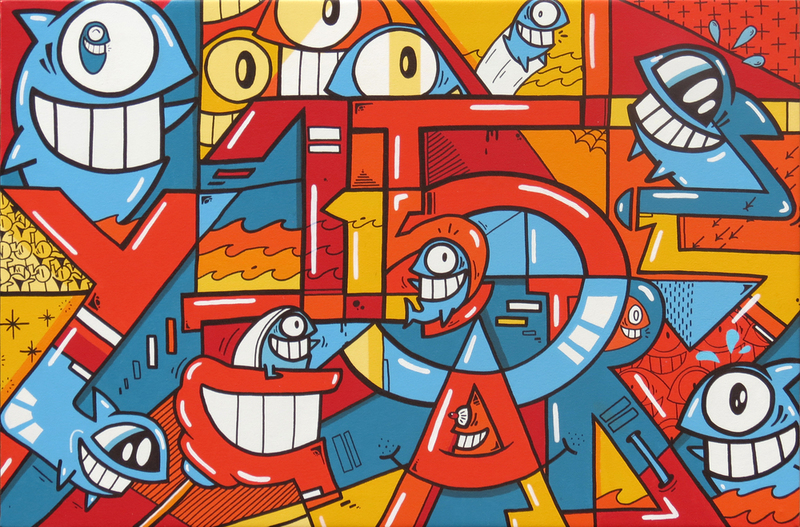 Legendary Spanish artist PEZ has just opened a solo show in London, at the Westbank Gallery W11, up until the 24th of this month. Following on from a solo gig earlier in the month in Sweden, Pez returns to London for the first time since his 2012 exhibition at Tony’s Gallery.

The propagator of the “Funny Happy Barcelona style” – which in its basic form, is a smiling fish – presents new works on canvas, plus collaborative works with “friends” – among them, Sickboy, Stinkfish, Cranio, Cope2, Flying Fortress and The London Police. Look out for new murals too popping up around the city.

Credited as one of the first graf writers to develop a logo in the place of a tag, the friendly-fish loving artist is now based in Bogota with his wife and two small children. Pez’s message over the past two decades has been positive energy and good vibes – it’s all about sharing his smile around the world. You can’t really argue with that. Unless you’re a cynic.

(Image on top:  PEZ, 15 years smiling with friends, acrylics and markers on canvas.)

Car Culture: the 14th Annual Uptown Whittier Car Show
8/20/14
COMMENTS (0)
ArtSlant has shutdown. The website is currently running in a view-only mode to allow archiving of the content.