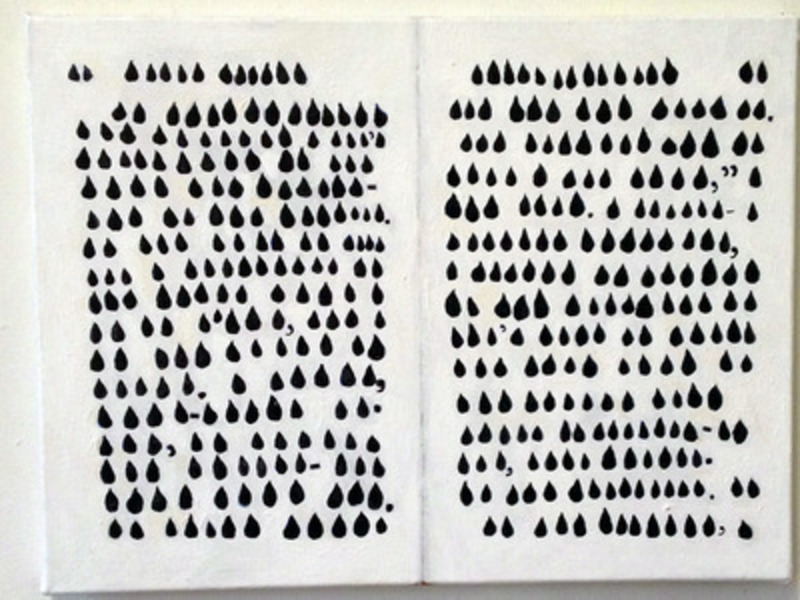 Manus Groenen’s show Cryptographics: A Tribute to the Voynich Manuscript was selected as the winner of ArtSlant’s Curator’s Open, where we asked readers to use our massive database of art to design an exhibition. Now showing at EXPO CHICAGO Art Fair, Groenen’s Cryptographics brings together twelve unique artworks exploring different forms of marking, both linguistic and pictorial. Reflective of the mysterious text his show honors, Groenen’s Cryptographics features works touching on the cosmological, the obscured, and the occult. We caught up with Groenen over email to chat about Cryptographics and what it was like designing a show through our Curator’s Open.

Max Nesterak: How does it feel to be ArtSlant's first ever Curator's Open curator?

Manus Groenen: I have to say I feel honoured to have been picked the winner! And I hope that I will be the first of many interesting projects to come! I am very happy with this chance to execute an idea I’ve had for a while. It also allowed me to meet some really friendly and interesting artists I would never have met otherwise. I do feel a bit sad about the fact that I can’t visit the end result myself and meet the organisation and the artists in person, but that’s just the way it is.

MN: I thought your concept of working off the cryptic 15th century Voynich Manuscript was so inspired. I actually didn't know much about it before seeing your Curator's Open proposal. How did you decide to use it as the inspiration for your show?

MG: Well, I’m always writing down little ideas whenever they pop into my head and once in a while I check my notes and see which I would like to develop further into an exhibition or another type of project. The Voynich Manuscript had been on that list for quite a while. I once came across an article about it, and it immediately grabbed me and I wrote it down. It was formally intriguing and this idea of an unreadable language is just amazing. The whole thing was and still is shrouded in mystery, but the promise that it holds some important secrets or occult knowledge made the entire book even more appealing. 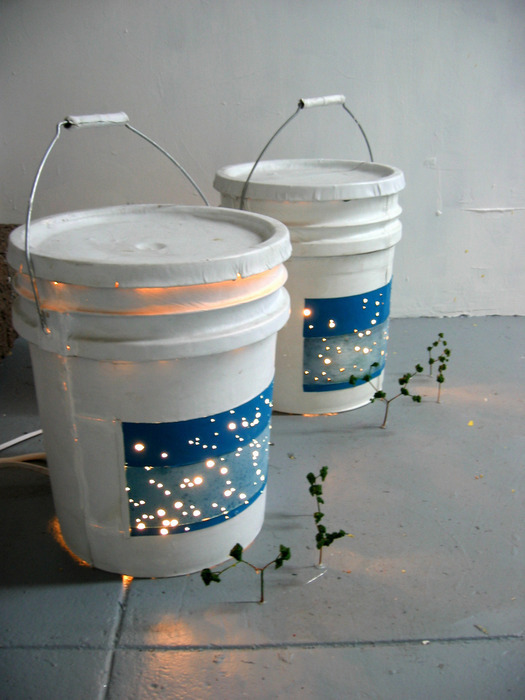 MN: That definitely comes through in the show. Cryptographics celebrates the obscured and unknowable, and I really liked how it turns what is a very frustrating text for scholars into a pleasurable experience for the rest of us. In doing so, you touch on one of the Voynich Manuscript's greatest assets—that of piquing our sense of wonder. The mystery is the message, so to speak. Paradoxically, it seems the Voynich Manuscript would actually lose meaning by being successfully decoded, like a magician who explains his trick. Would you be devastated if the Voynich manuscript was successfully decoded?

MG: Of course I am immensely curious about what the book has to say, like everyone that has attempted to crack it. But I think it will never be able to match the expectations people have built up around it. As you have nicely put it, I think it will lose a lot of its appeal if it would be decoded. To me it’s a beautiful symbol of the unknown. It reflects humanity's efforts to find answers to everything, but hopefully some things will always remain an enigma.

MN: You've worked as a curator for a number of years, but I can imagine doing the Curator's Open was a different experience. What was the process of curating online like compared to how you normally curate shows?

MG: I have been working as a curator for about three years now and I’ve done different types of projects, from curating an online project space to organising travelling exhibitions. The process of working is usually sort of the same. I usually start with either a small idea or a certain conceptual framework and try to find artists that can relate to it and work from there. Or I come across some artists that automatically seem to have some sort of connection, that connection can be something formal, conceptual, a shared interest, a certain working method, but also just a really subjective thought I have. From there I start looking for others that might be interesting to add to that little group and start working out and researching a concept for a show. Looking for interesting artists online is usually part of my process, but here it sort of was the entire process, so that was new for me. Usually I have an on-going conversation with an artist in advance, preferably in real life, but usually by Skype or email and then see if and how we can work together, but now I just had to go by the info that I could find online, make my picks and form a show from there. 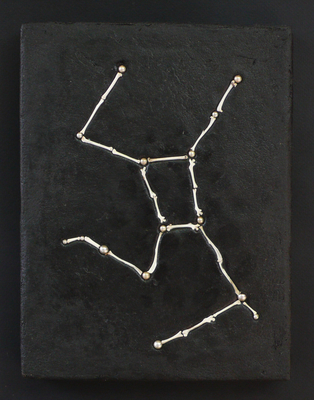 MN: During the Curator's Open, some of the editors and I curated our own shows for fun. I never fully grasped how much art is in our database. For me, it was interesting to learn about each editor's strategy. I relied mostly on tags to search by subject. Others searched for artists they knew and then worked through those artists' connections with other artists. What was your strategy for searching through ArtSlant's database?

MG: Actually I just dove straight into the enormous ocean of art there was in the database! As you say it is overwhelmingly huge. I just started at page one and looked at every artwork and artist that caught my eye. If I liked it I would just save it and keep on going. I’ve spent quite a lot of time just going through the pages and picking things I liked. After a while I started looking for some binding element in my selection and reading a bit more about the artists. I looked at my idea notebook to find some sort of theme or concept that would do this selection justice. The Voynich Manuscript was one of the ideas that seemed to have potential from an early stage and I started doing some more research about it. At the same time I kept going through the database with the manuscript in mind and kept looking for art that could be related to it, discarding some of my first picks and adding some new ones along the way. This way an exhibition slowly emerged and the concept became clearer. In the later stages I had some aspects of the Manuscript that I would like to have included in the final show. So in the last stages I started searching for certain tags to fill in some of the conceptual gaps. I ended up with what I felt was a nicely balanced show with some great artworks and a concept that allowed enough space for the works to breathe.

Cryptographics: A Tribute to the Voynich Manuscript will be on view at EXPO CHICAGO from September 18-21.