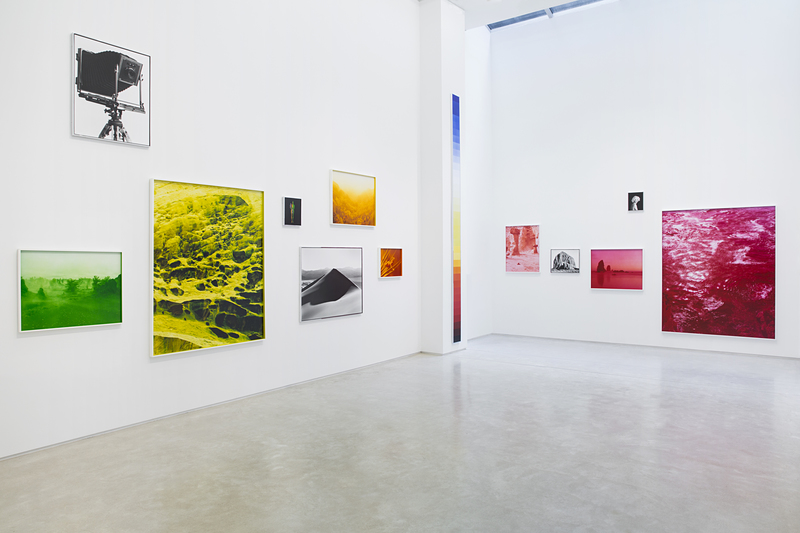 If any image could be counted as a badge of honor amongst photographer artists, it would be the navel gaze of photographing one's own camera. Like countless others before him, David Benjamin Sherry has also photographed the tool of his trade in all its glory. Among the twenty-nine photographs on view in Climate Vortex Sutra at Salon 94, the artist’s traditional large-format camera is shown as a quiet still life upon its tripod—its bellows left extended as if focused precisely on any number of the other subjects on view. The title of the photograph, Out of My Love for You I will Give You Back to Yourself (all works 2014), is at once a love letter to photography and its own swan song. Despite the camera’s noble representation here, it’s hard to not immediately think of how obsolete this analogue technology has now become.

In a recent interview with Phaidon, Sherry described his process as entirely analogue: “there's no digital manipulation and no computer used. I'm interested in these final days of film photography, and the areas still uncharted within the medium." Maybe producing art like there’s no tomorrow for your craft is the same spirit that breathes life into much of Sherry’s work. These photographs are a joyous celebration of vivacity, natural beauty, and youth—perhaps most evident in his self-portrait Adaptive Capacity, reminiscent of the late Robert Mapplethorpe. But they are also a nod to the history of photography. David Benjamin Sherry’s work revisits the color darkroom with a new optimism and a distinct aesthetic vision. 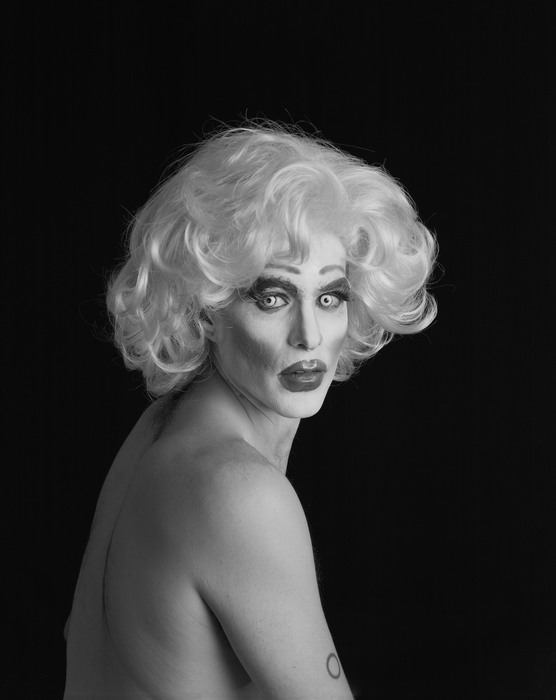 The color darkroom was the predecessor to today’s inkjet printers and once considered part of the core curriculum in photography programs throughout America. Today, due to the rise of digital imaging and the inevitable aging of darkroom equipment (good luck trying to replace a broken Jobo color processor), little interest remains in continuing to teach this method of printing. As many of these classes have now become rarities, the students that are lucky enough to still learn color darkroom techniques will spend hours fine-tuning the color filters to properly balance a photo. This is where David Benjamin Sherry makes good on his promise to delve into those areas “uncharted within the medium”. The intense color shifts that Sherry uses throughout his work would otherwise be considered malpractice in such an academic environment—and the results are nothing less than refreshing.

A favorite subject for Sherry is the vast expanse of the iconic American landscape—perhaps a direct reference to those early Modernist photographers that paved the way for the medium as a respectable art—Ansel Adams, Edward Weston, and Imogen Cunningham among others. But when photographed by David Benjamin Sherry, works like Feeling Earthquake and Deep Blue Sea Rising use color in a mode so deliberate and severe that it actually incites another landscape—that of the psyche and emotions that we as viewers bring to the table. The red shift in Feeling Earthquake evokes feelings tied to that hue—perhaps stress, or a flood of thirsty heat—while Deep Sea Rising may neutralize those emotions with a cool shade of blue and a chilly eroticism. 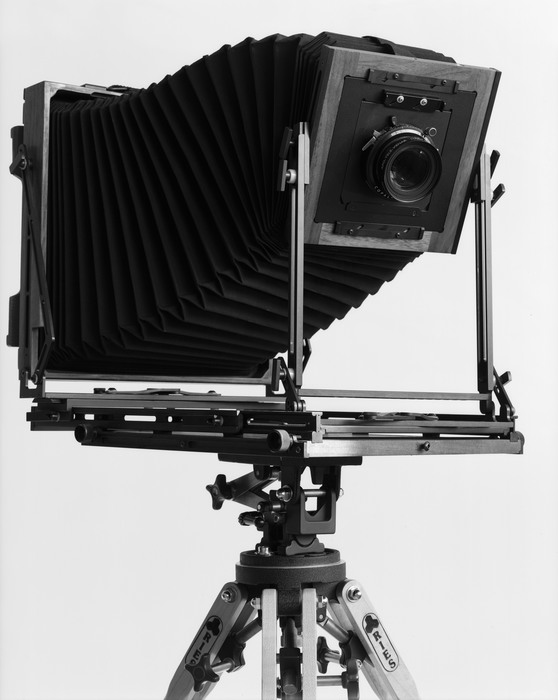 David Benjamin Sherry, Out of My Love for You I Will Give You Back to Yourself, Los Angeles, California, 2014, Gelatin silver print, 40 x 30 inches; Courtesy of the artist and Salon 94, New York

The wide range of subjects on view touches base with many of the canons considered historical to the medium: the iconic view of the American West, the reclining nude, formal studio portraiture, and camera-less photograms. Surprisingly—despite the wide variety of subjects—the exhibition never presents itself as over occupied, choosing to abandon a traditional linear install in favor of a sporadic salon display from floor to ceiling. Each image varies in size and placement, dissolving any anticipation for a narrative between the photos. When seen like this, the photographs are allowed to breathe and take full advantage of the space they’re given, without ever forming the hierarchies that typically plague photo exhibitions. Here, a self-portrait is granted the same significance as a dune of sand.

Climate Vortex Sutra is on view at Salon 94's Bowery space through October 25th. A second exhibition of Sherry's photographs is presented at Danziger Gallery from September 11 – October 25, 2014.