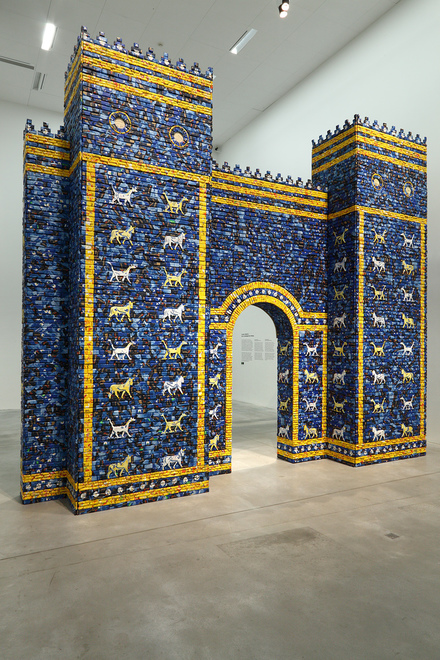 As Chicago approaches the four day run of its annual art fair, the art world becomes increasingly animated with preparations. This is the moment backstage of an as-yet empty auditorium; red carpets are cleaned one last time as painters touch up their back drops and technicians in black clothes hastily test light and sound sequences. Dancers stretch. Producers sweat, fiddling their mobile devices unconsciously. There is a palpable buzz of anticipation — an energy not yet disseminated into the greater public, rumors nevertheless spread wildly about what one might expect on opening night. When EXPO CHICAGO opens this Thursday, it will be as if the red curtains have drawn up at last, revealing with it a precise choreography of energy and effort. So begins the musical.

In addition to the booths of over 140 international galleries exhibiting select artists, EXPO CHICAGO platforms IN/SITU works. It’s a bit like a play within a play. The fair itself is one production within which another spectacle — its own exhibition — plays out. This year the series is curated by Renaud Proch, Executive Director of Independent Curators International who describes his selection as “an homage to the city, to what artists take from and give to it, to the abundance of artistic creation and experimental practice that exists here [in Chicago] amid an intense exchange of ideas.” Robert Burnier, Fernando Pareja and Leidy Chavez, Cheryl Pope, Michael Rakowitz, Jessica Stockholder, Saya Woolfalk, Ken Gonzales-Day, and Elijah Burgher all install works that “provide occasions for pause and reflection throughout the exposition.” In so doing they impose different techniques that expand a viewer’s physical, political, and historical perspective. 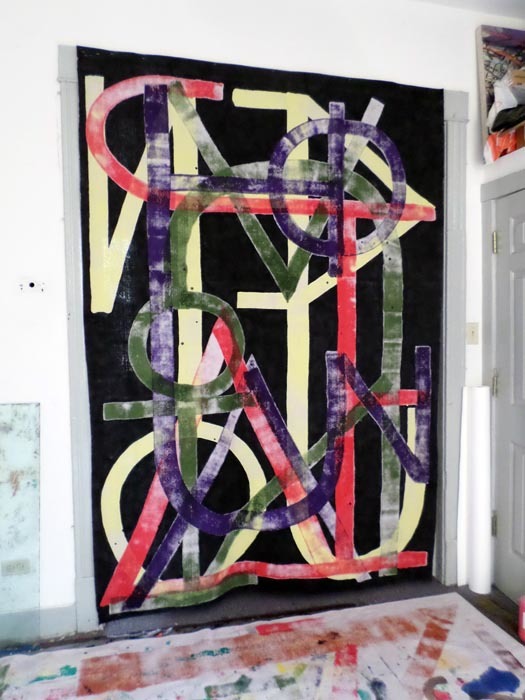 2014 Whitney Biennial artist Elijah Burgher installs his occult paintings on unstretched canvas, as emerging Chicago sculptor Robert Burnier quotes Esperanto in the title of his deconstructed wooden crate. Ken Gonzales-Day shares an image from his series, Profiled, where the artist took a selection of busts from the Field Museum’s historical collection and photographed them together, creating odd juxtapositions that challenge historical narratives. Cheryl Pope’s printed nylon banners evoke high school spirit days with deceptive simplicity — this one, A Silent I says simply “I AM A FIGHTER” in blue and gold. Or Saya Woolfalk’s ChimaTEK: Avatar Download Station, part of the third and final installment of The Empathics: a seven-year project based on a fictional group of hybrid female protagonists that have transformed into a for-profit corporation, and in so doing gain access to a “chimeric existence.” Michael Rakowitz installs a stunning reproduction of The Iraqi Ishtar Gate from 575 BC — originally a gate into the inner city of Babylon, it was disassembled and rebuilt for a German museum. In Rakowitz’ iteration, May The Arrogant Not Prevail, the wall is constructed using found Arabic packaging, newspapers, card, wood, and glue. Fernanda Pareja and Leidy Chavez play with analogue technologies in their installation, Opresores Oprimidos. Using old school animation techniques, the artists reflect on cycles of violence that emerge between left and right wing politics. 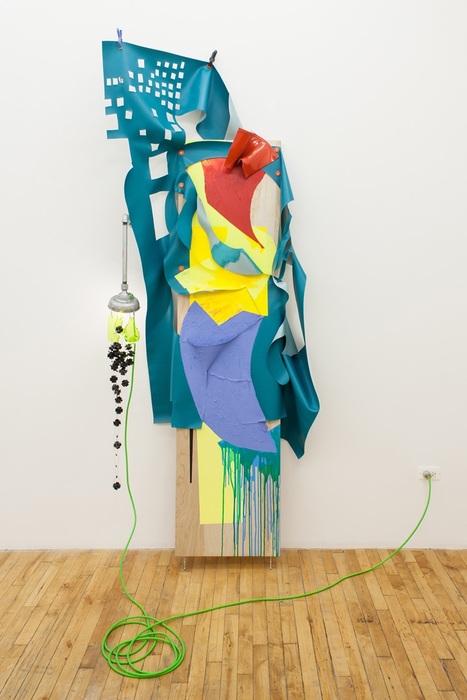 The throng of furtive energy will no doubt persist throughout those four days, as visitors, gallerists, collectors, and artists shuffle alike through the exposition halls, busy at times with all-consuming errands, at others overwhelmed with the saturated glimmer of so much aesthetic cross fire. Offering another point of rest, Jessica Stockholder builds an auxiliary point of access. With her characteristic use of vernacular materials — plastic, paint, driveway mirrors, stools, carpet, chain/airline cables, rolling suitcases, resin, extension cords, lights, mixing bowl/lamp shade —she erects a structure rising fifty feet high within the exposition hall. Viewers are invited to climb this structure of mass produced materials, to observe the uncanny game board of gallery booths, patterned carpet, and ceiling.

In its interest in the dynamic framework Chicago provides, IN/SITU extends beyond Navy Pier for the first time. Ai Wei Wei’s first major public sculpture project, Circle of Animals/Zodiac Heads: Bronze has been on a global tour, and will be unveiled in Chicago on the 17th at the Adler Planetarium as part of IN/SITU Outside, a new initiative of the exposition. The twelve bronze heads represent the traditional Chinese zodiac, and like Rakowitz’s gate are based on an historic water clock fountain from the 18th Century. While those original fixtures were designed by European Jesuits, French and British pillaged the heads in 1860.  As though to further the echoing effect of artistic effort, EXPO has collaborated with the Chicago Parks District to install public art works along the Chicago lakefront, while organizing its own suite of installations as EXPO Projects. 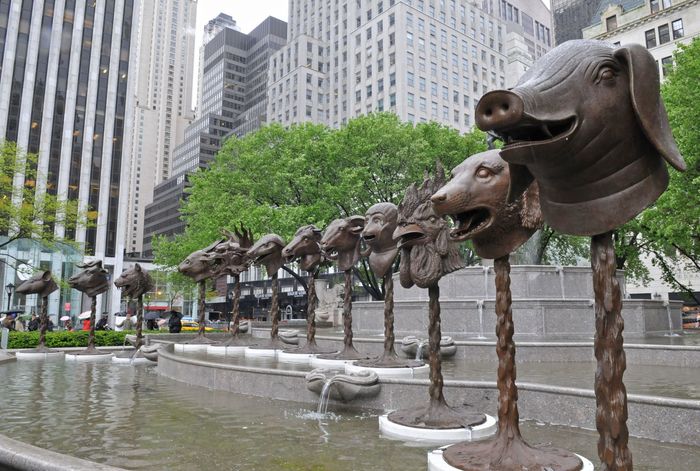 I think of Bye Bye Birdie preparing for the imminent arrival of Conrad Birdie. I think of 42nd Street, or Waiting for Guffman. Or a well-forgotten cheerleading movie c. 2000 where cheerleaders and jocks joined forces to put on a musical and save the day. There is something exhilarating about being swept up in the cavalcade, especially when the opportunity to see an incredible array of work, all in one place, made by artists at the height of their careers comes along with it.