Curator's Open: First Peek at Our Show at EXPO Chicago 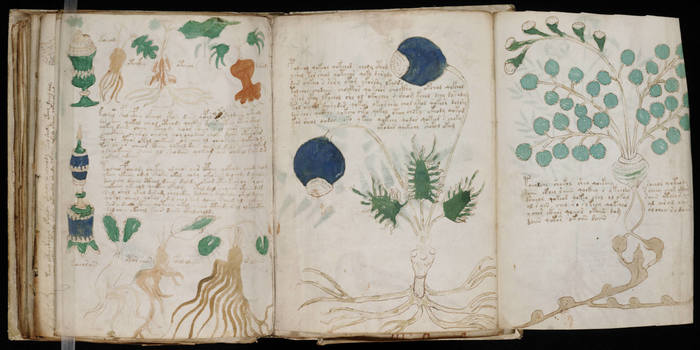 We've never done this before. This year we launched our first-ever Curator's Open, where we asked you to use our massive database of art to curate our booth at EXPO Chicago. We then handed over the submissions to an expert jury of curators to decide which show we should put on. They selected Amsterdam-based curator and critic Manus Groenen's show "Cryptographics: a tribute to the Voynich Manuscript."

Featuring 12 artists from across the United States, Canada, and Germany, Groenen's show brings together 12 unique artworks for a fascinating tribute to the cryptic 15th-century Voynich manuscript (More on the show, the art, and Groenen below).

Want to see it IRL? We'll be giving away 3-day passes to EXPO on Twitter. Look out for our post and RT for a chance to win. We'll be at Booth #103. As always, we'll be sharing our views throughout the show on Instagram. 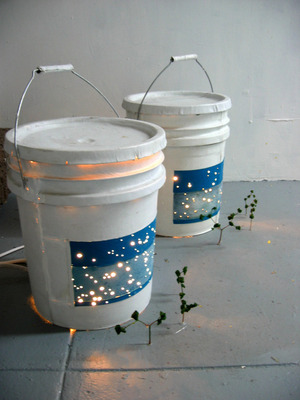 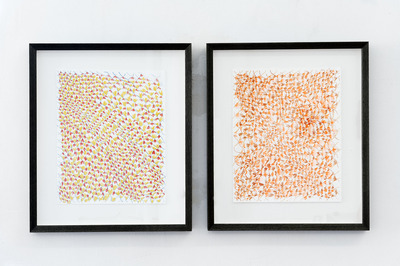 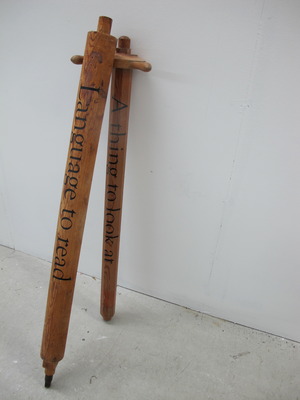 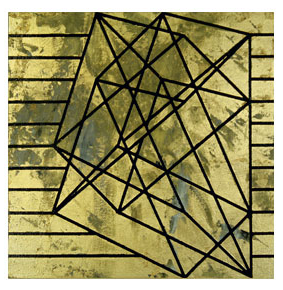 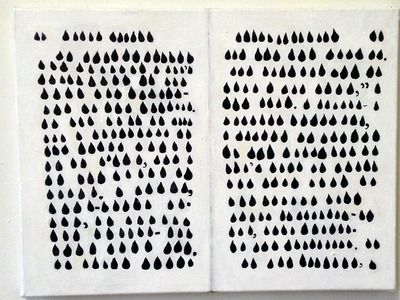 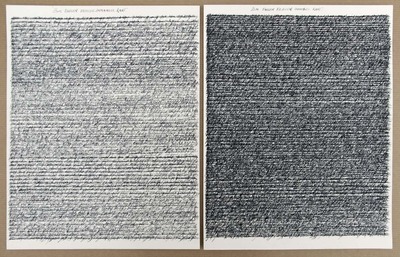 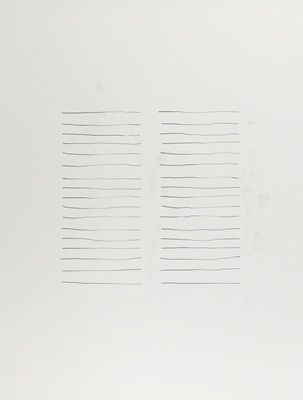 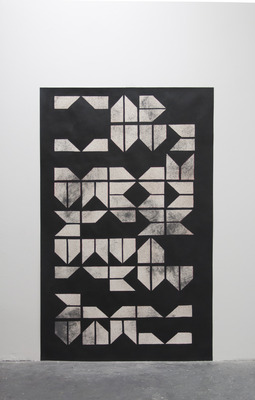 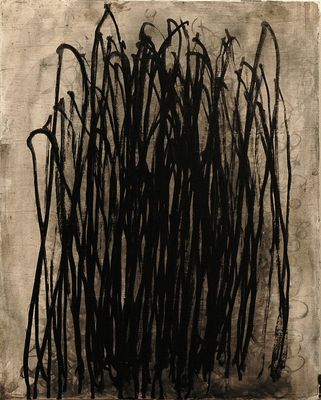 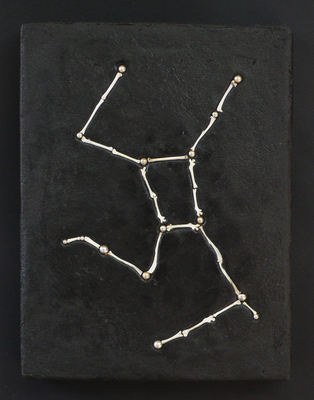 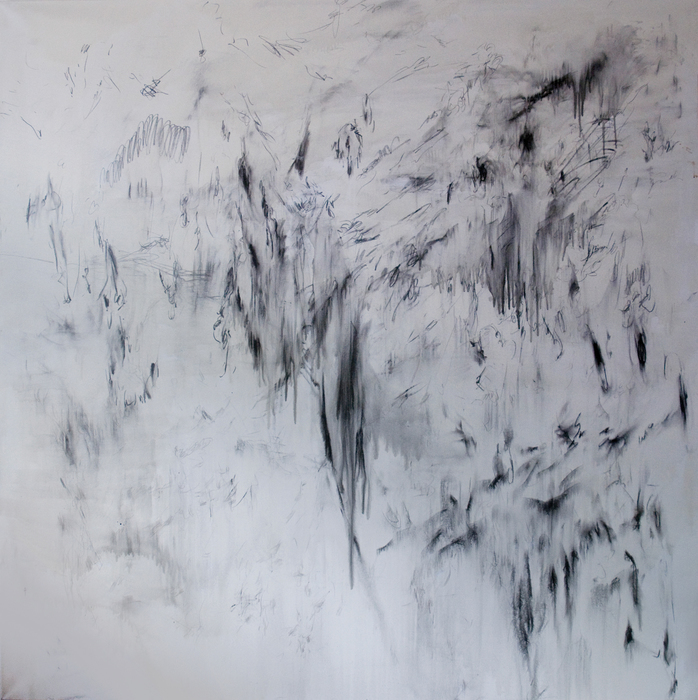 Cryptographics: A Tribute to the Voynich Manuscript

This exhibition is a tribute to the mysterious Voynich manuscript, an illustrated book that has been carbon-dated to the early 15th century. Nobody knows exactly what the manuscript’s content or purpose is because it is hand-written in an unknown writing system. It has been studied by professional and amateur cryptographers, mathematicians, and linguists, but no one has yet succeeded in deciphering the enigmatic text. Some theories about the nature of the text posit it as an actual language, either natural or constructed but forgotten, while others believe it to be comprised of complex ciphers and uncrackable code. Many have speculated that the writing might be nonsense and consider the book a hoax, but recent analysis has revealed patterns similar to those of natural languages. So far the codex remains undeciphered, leaving its contents “a thing to look at” instead of a “language to read.”

These quotes are taken from the work THING/LANGUAGE by Kristy Campbell, a part of this exhibition. Cryptographics is constructed around works that find balance between abstract markings, readable writing, and decipherable code. Cryptographics praises the long lasting relationship between different forms of marking, both pictorial and written. An artist well-known for mixing these in his artistic methodology is Cy Twombly, a former U.S. Army cryptologist himself. The core of this show comprises works that are made by gestures that resemble the motion of handwriting or the layout or structure of text. Some of these works might actually be deciphered and read, but many remain abstract and can only be seen, keeping their possible meaning hidden underneath their surfaces.

Mostly Cryptographics is a curated tribute to the Voynich manuscript, named after the Polish-American book dealer Wilfrid Michael Voynich who acquired the book in 1912. Previous owners have been proven to include emperors, scholars, and obscure alchemists, but the origins and creator of this codex still remain unknown. Some pages appear to be lost, but about 240 remain. Most feature illustrations or diagrams but they shed little light on the nature of the text. Scholars have, however, been able to divide the book into six thematic sections with subject matter appearing to be herbal, astronomical, biological, cosmological, pharmaceutical, and culinary. The herbal and pharmaceutical sections contain images of plants that do not match any known species. Attempts to identify the depicted plants have largely failed, but most appear to be strange combinations of elements from existing plants. The astronomical and cosmological sections include numerous diagrams, some resembling zodiacal constellations, while others remain more obscure and puzzling.

The illustrations have led to many speculations about the book’s contents and purpose ranging from medicine to alchemy and witchcraft but none of these hypotheses have been convincingly proven, leaving the mystery intact. Traces of the manuscript’s plants and diagrams as well as its relation to astronomy, alchemy, and the occult reappear in the artworks in Cryptographics. The installation of the works might call to mind the symmetry of the pages of an opened book, but the show aspires to be closed and enigmatic—to induce the same focus and attention as the manuscript it honors. Cryptographics includes artworks by Andreea Albani, Caroline Blum, Kristy Campbell, Nathan Danilowicz, Derek Dunlop, Robert Gould, Andy Hall, Karen Lofgren, Elaine Parks, Julia Schmid and Valentina Zamfirescu. 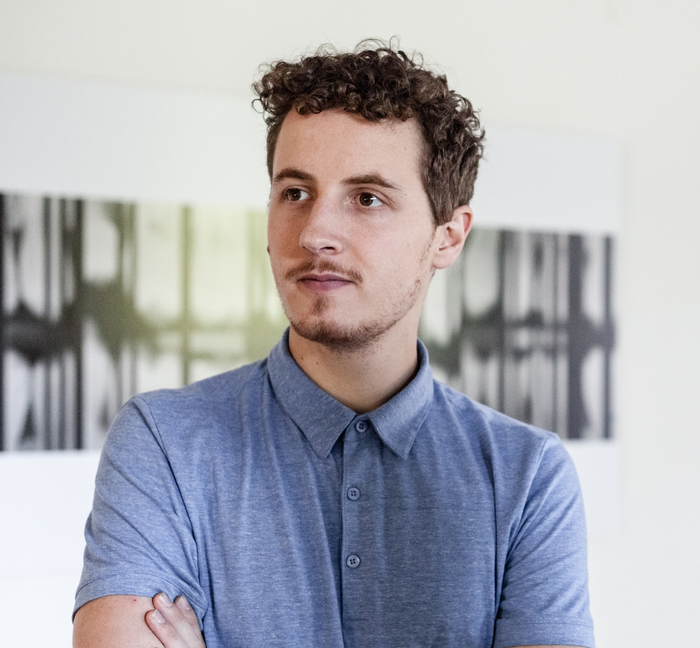