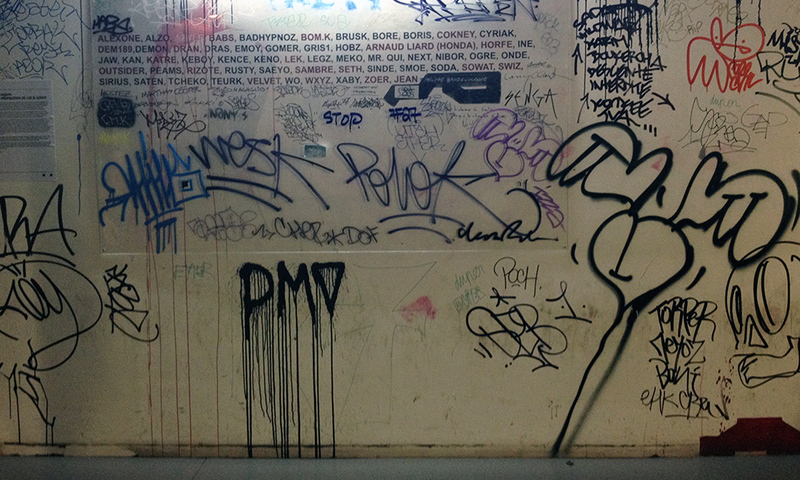 Graffiti in Galleries: Why Do They Still Not Get It?

Last week the ASS editorial team was in Paris for our AGM, where we got a special tour of the LASCO project at the Palais De Tokyo. A very amiable and informative guide took us down the basement/security exit—normally closed to the public—that for the last two years has housed a new initiative to bring graffiti into the public gallery: two French artists, Lek and Sowat, have been inviting other artists from their scene to paint the walls of this cavernous underground maze.

The problem is, like an embarassingly sexy Mum who smokes pot and listens to Nicki Minaj, public galleries just don’t get graffiti culture.

With the title, the Palais de Tokyo aligns the practice of graffiti to the Lascaux cave paintings. There is a parallel to an extent—both are visual expressions enacting existence. But in the implication that cave painting foreshadows the latter artistic practice, they ignore an entire, unique culture that comes with graffiti. 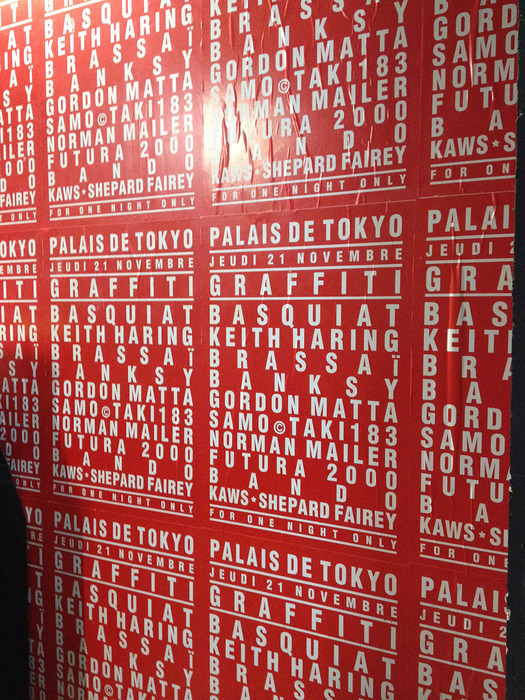 The problem is that here again comes a big gallery with an idea of the importance of #graffiti and its impact on culture today, but who doesn’t know how to handle it. They don’t want it in the gallery, because they can’t accept that it is part of ‘contemporary art’, nor the fact that successful graffiti writers that have evolved into artists are just as ambitious, with equally as many conceptual concerns, as say, Ed Atkins (who is exhibiting upstairs). But they don’t want to keep them out entirely – as then it would be out of their control.

So they put it in this literal in-between: they relegate graffiti to an art purgatory, where access is denied to the public except for 1.5 hours a week when visitors can be carefully led through with a guide. The massive irony of this is that those visitors can see any of these artists, at any time, for free, just by walking on the streets of any major city: Paris being one of the best spots in the world for it. (That is, until the capital opened a special unit for buffing and hunting down writers.) 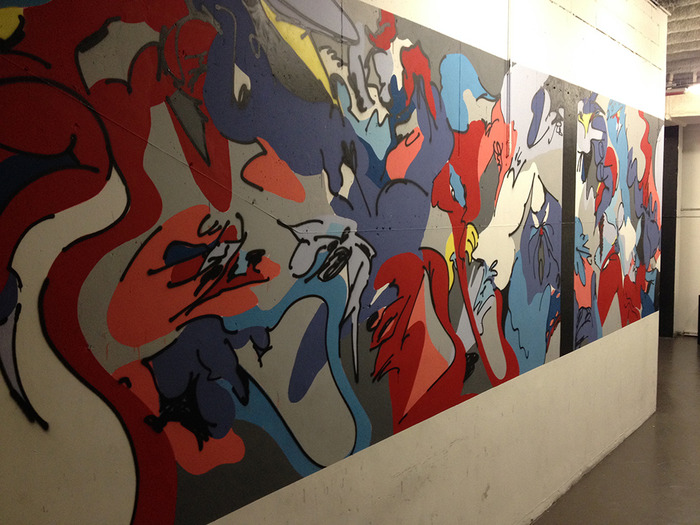 And the biggest paradox of all: the only artist left outside the underground coven is Cokney, a hardcore train bomber. His work is presented with police reports, and a photograph, evidence used in a prosecution trial (the artist wound up with a fine of more than 200,000 euros). The police description incisively evaluates Cokney’s work for the purpose of identification, raising a potentially fascinating question about the phenomenon of the legal authority as art critic—something that happens in jurisdictions the world over. But in its context here, the corollary seems to be that graffiti can only be legitimized as art by the authority—legal or cultural. 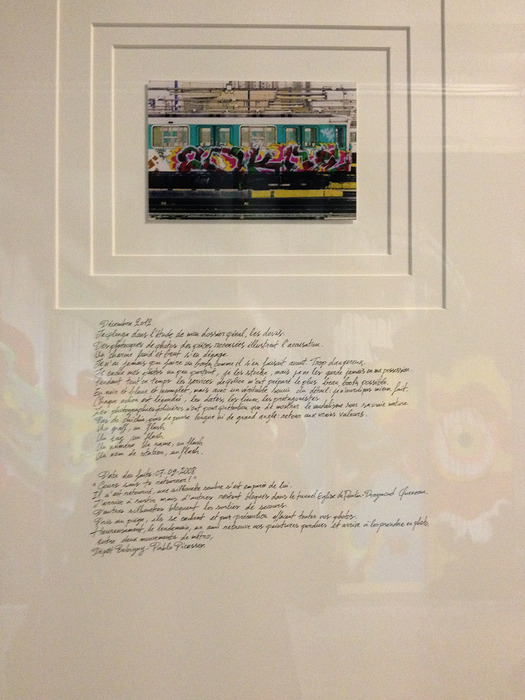 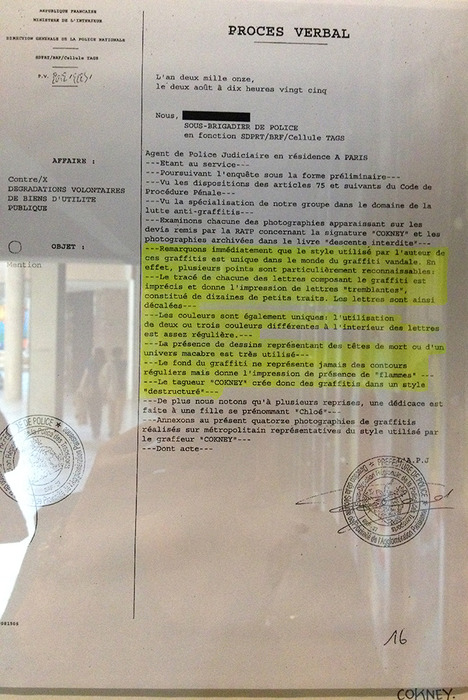 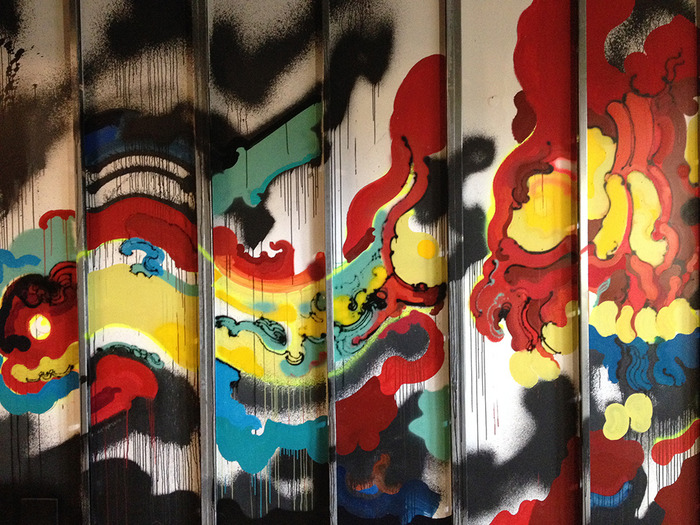 The tension between the artists and the Palais De Tokyo is suggested in giant mock 500-euro notes that peel down from one ceiling, pasted up by the artist—an allusion to the inferior sum the artists received to take part in the project. 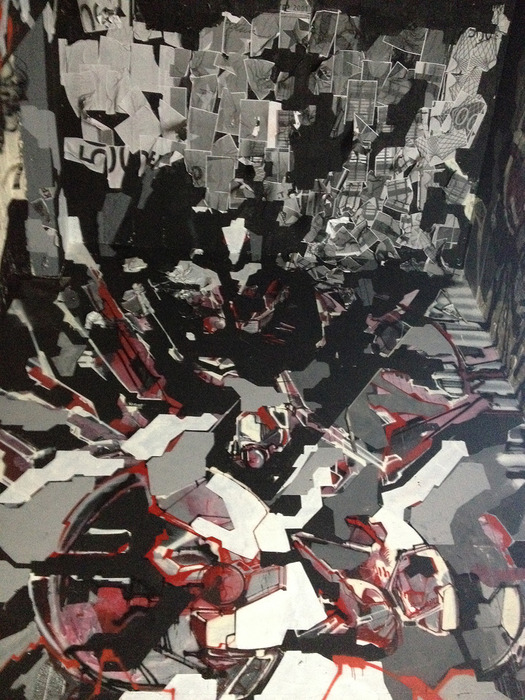 Lek, Sowat, showing the photocopies of the 500 euro note, pasted on the ceiling.

It’s an insight into the way the major institutes are still holding back when it comes to graf. By curating them into narrow projects that undermine their culture and evade any important questions, public spaces are not allowing these artists to develop their careers. In France particularly, where culture is shaped by venues like the Palais de Tokyo, they can massively influence which artists succeed. 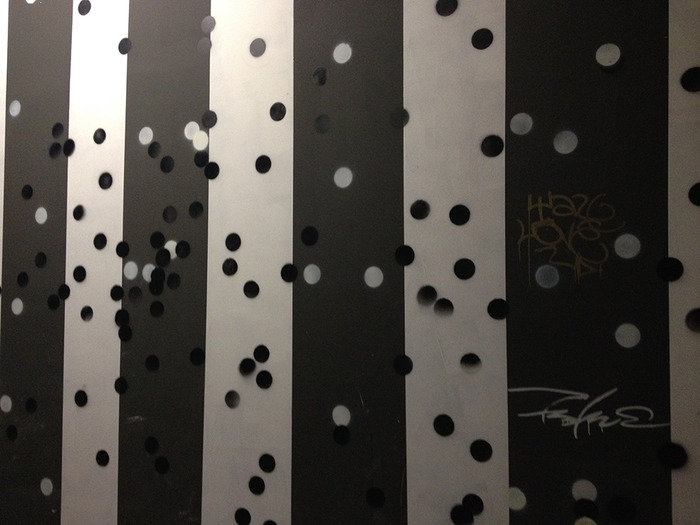 While some curators and smaller spaces have begun to recognize this and break up the paradigm, public galleries are still way off. The participation of so many great artists is testament to the fact these artists do want to show in these spaces, and demonstrates how few opportunities there are to present: but the galleries are just not brave enough. My suspicion is that by using graf artists Lek and Sowat as mediators to invite other artists, they avoided interacting directly with the artists themselves. 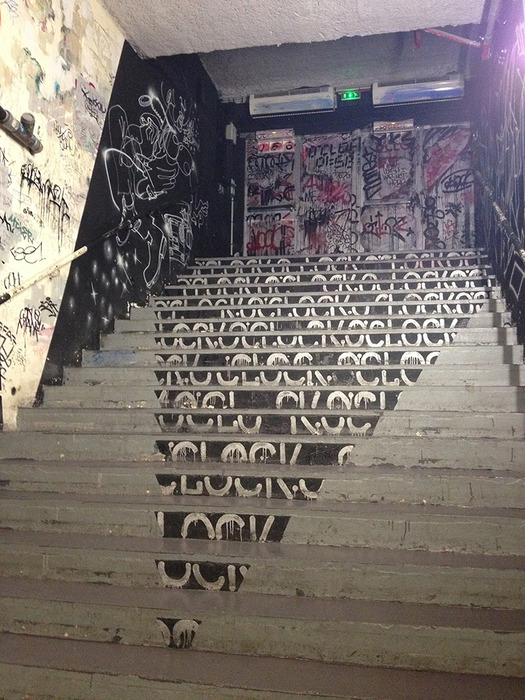 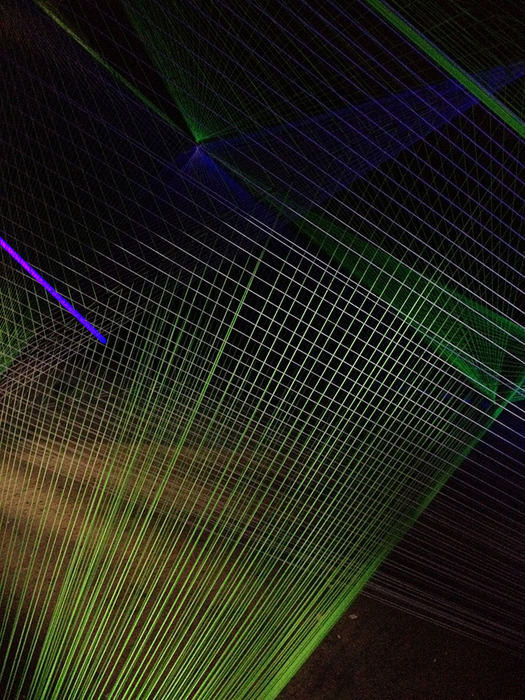 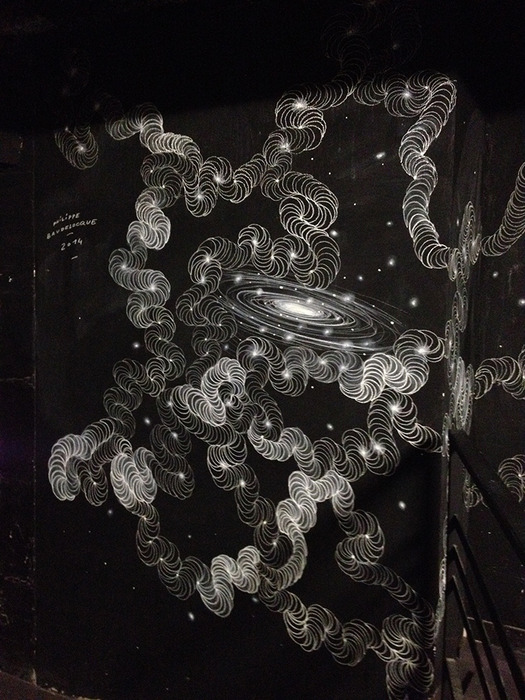 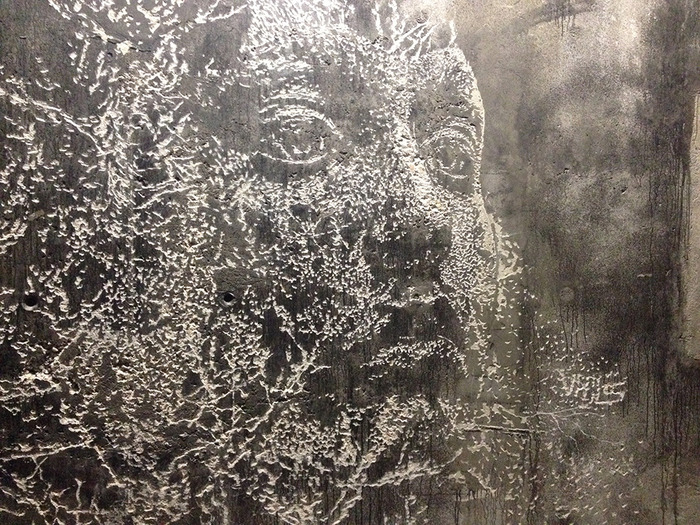