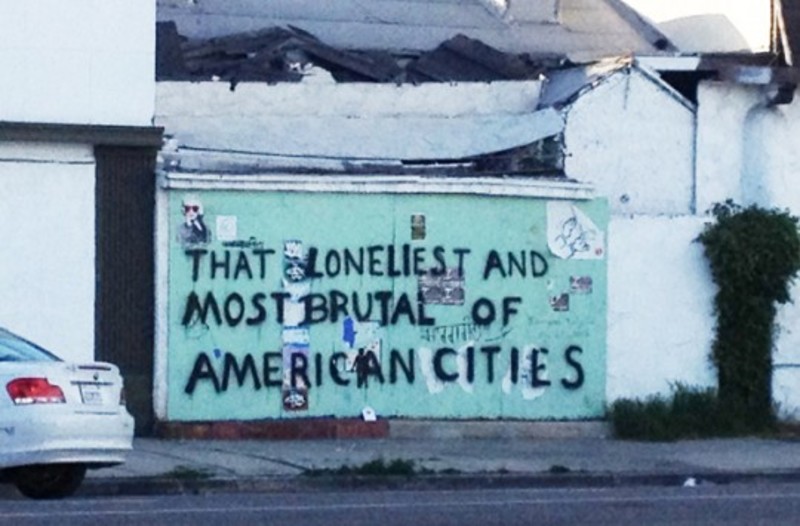 The long languor of summer never truly fades in Los Angeles, but the heat simmers down just enough for the long sunsets to subside into cool nights, when prodigal travelers hurry home from sunstroked beaches and slaving artists vernissage across the city. Autumnal LA, though it certainly colors, hardly chills. Art exhibitions thickly dapple across this considerable town: Giuseppe Penone at Gagosian and Sam Falls at Hannah Hoffman on the 5th. On the 6th, Culver City unbolts with Ryan Mosley and Edgar Arcenaux at Susanne Vielmetter, Fay Ray at Samuel Freeman, and Katherine Bernhardt at China Art Objects. A few miles away off Santa Monica and Highland Dashiell Manley opens Redling Fine Arts and Doug Aitken does it again at Regen Projects, and just up Melrose Steven Baldi opens at Thomas Duncan. The same night at 6150 Wilshire, ACME celebrates its 20th anniversary whilst Matthew Ronay solos at Marc Foxx, Rirkrit Tiravanija collaborates with a redacted Superflex at 1301PE, and Ambach & Rice shows photos and objects from Deborah Hede, who quotes with image and word Jack Kerouac, who described Los Angeles: “the loneliest and most brutal of American cities.” LA can be hard to be sure, my city of trafficky solitude and secret gardens, harder when attempting to catch too much, to see all the things. But new knowledge teases and the flickering neons of Hollywood on the following Sunday with a curated show by Olivian Cha and Eli Diner at Overduin & Co and Tobias Madison at Freedman Fitzpatrick are too tempting, as is one of the final performances at Public Fiction for its Tragedy + Time series on the other side of the city in Highland Park. 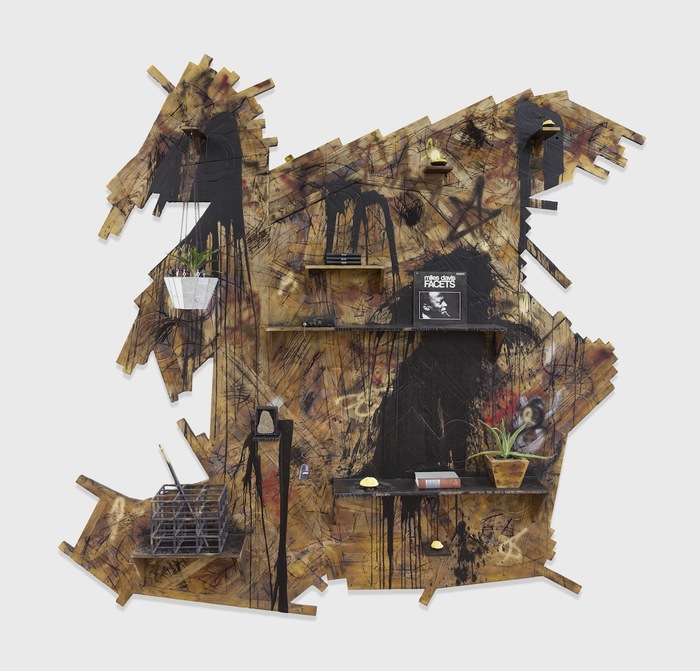 The following weekend demands further travels and travails over a crisscrossing city, brutal in its distances but intimate once arrived. Certain events warp gravity in their own direction, and one such is the inauguration of a new space by a significant gallery, Rashid Johnson premieres David Kordansky’s newest space near Kayne Griffin Corcoran off La Brea. Designed by Kulapat Yantrasast, the building makes an experiment begun by art students in Chinatown a little over a decade ago into one of the most consequential homegrown galleries in the city. Back in Culver City, Rhys Ernst & Zackary Drucker continue their collaboration at Luis de Jesus, while in Chinatown Claire Nereim displays her newest otherworldly objects at Jancar Jones and in West Hollywood, Phil Chang shows a series of process-based monochrome photographs over at M+B. And while Kordansky’s bends the scene in a new direction, another big move for Young Art from a sweet space in Chinatown on Bamboo Lane to bigger digs in Hollywood shifts more energy away from the still experimental vivacity of C-town towards the more gallery-oriented but still energetic scene scattered around H’wood.

And amidst all these are invitations from new and alt spaces that are probably cooler (or if not cooler, certainly more spirited) than all the above: Bathymetry at the new (or new to me) Del Vaz Projects that curiously includes a performance from a principal harpist in the Utah Symphony; the huge group show organized by Secret Recipe at 3 Days Awake on Saturday, the 6th, at 7pm, 4300 W Jefferson Blvd; or, most interesting to me out of the underground shows, the Aaron Wrinkle and Michael Decker collaboration at Chin’s Push on 4917 York Blvd at 5pm on Friday the 5th (I give the addresses, as many of these places don't always have websites to speak of). All these solos and group shows, performances and grand moves are even more than last season, and more than the season before that. Los Angeles’ summer languor seems to be growing less languorous, the city a little less spacious, and hopefully with each new citizen, and for us, each new artist and exhibition space, this town becomes a little less lonely, a little less brutal, and just maybe, a tiny bit more artful.

(Image on top: Deborah Hede; © Courtesy of the Artist and AMBACH & RICE)

The Best Non-Profit Art Spaces in London
10/11/15
COMMENTS (0)
ArtSlant has shutdown. The website is currently running in a view-only mode to allow archiving of the content.