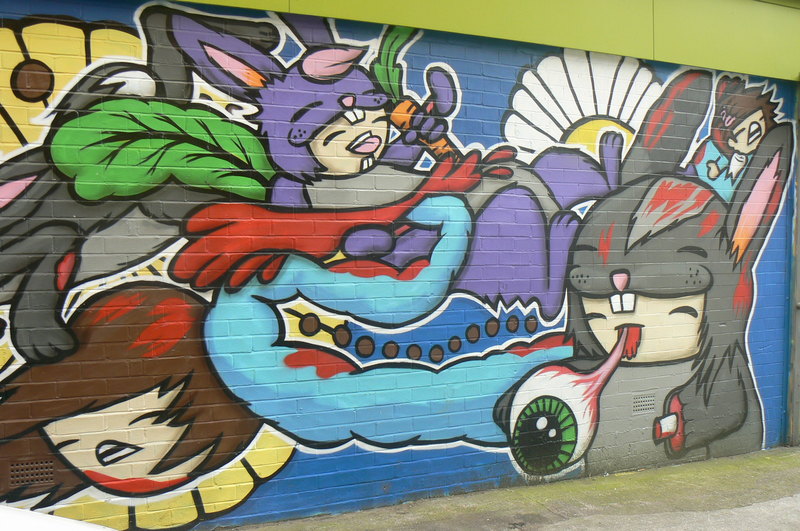 Buy a print from a rising artist and still have change for a pint: at Common Bar, the venue and bar central to Manchester’s creative scene.

Situated at the beating heart of Manchester’s trendy Northern Quarter—an area where a Banksy has been lovingly preserved with a Perspex box (only for that to be covered in stickers and fresh street art), Space Invader aliens loom over you from the red brick of buildings, and Manchester heroes (including the city’s own appointed Creative Director, the famed graphic designer Peter Saville) are immortalised in mosaic on the side of the iconic Afflecks Palace—Common Bar aims to counter the tendency to reminisce about glories gone by, by dedicating the walls of its bright and vibrant bar to the artwork of an impressive roll-call of local, national and international artists. 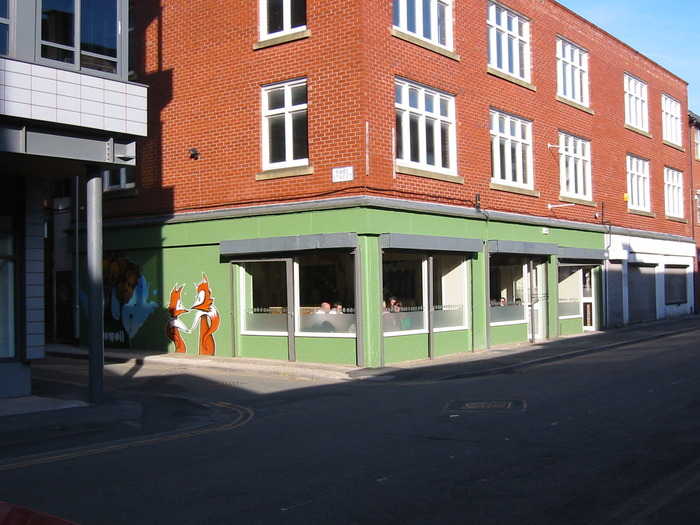 Iwan Roberts and Duncan Sime, the creative forces behind the art and events at Common Bar tell ArtSlant STREET about their unique proposition: “When Common opened its doors back in December 2004, starting out with quite plain walls, someone questioned if their bar was actually finished,” says Sime, adding, “But I think that was its intention, to showcase some of the best art around using its blank walls as a huge canvas.”

“In the past most of it has been about artists from in and around Manchester; it then slowly extended its way around the North West,” explains Sime. “We have now hosted artist work from Berlin, New York and London, to name but a few. We are always looking at extending our artistic circle, that's what it's about isn't it?” 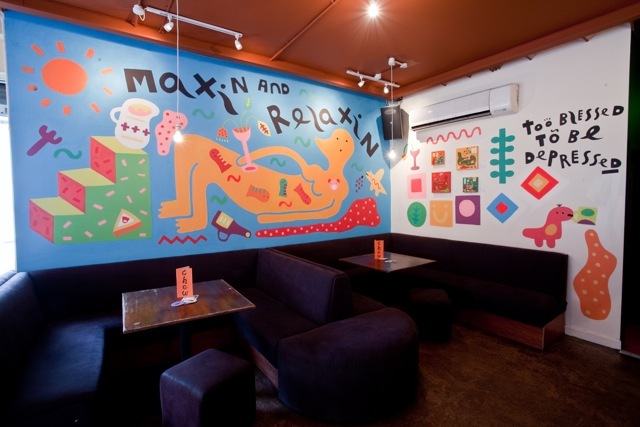 “My personal favourite pieces of work are [by] 'Billy/Alex' a great artist from Berlin—she is such a pleasure to work with; her work is super bright and cheerful—and of course Rob Bailey's current exhibition, although I am quite glad we have completed his trilogy of work, if we have to work together again we may kill each other—worth it though, looking at the work,” he adds.

Rather than just static decoration, the work featured at Common Bar is changed regularly, and since it is more often than not painted directly onto the walls as murals as opposed to confined to a series of frames, has the effect of completely altering the overall feel and ambiance of the venue each time. “It can go from 1000s of A4 pieces of pasted riso up on our wall to a big tree right in the middle of the bar,” says Roberts. "It’s a beautiful thing.” 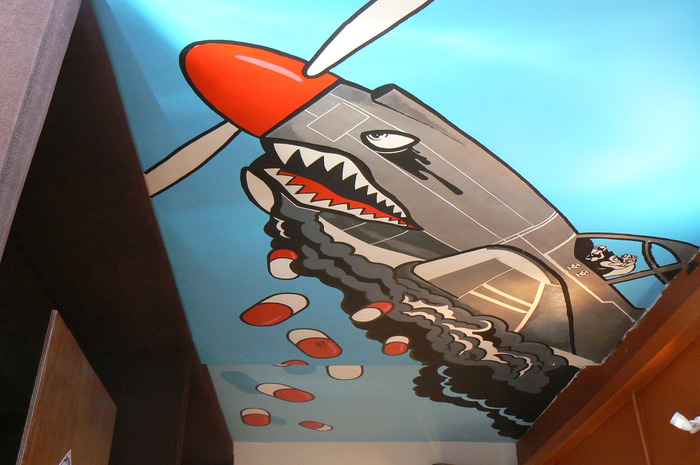 “Because anyone can hang pictures on a wall, most venues don't really think much about the process of putting art on the walls; we like to push boundaries and each other,” says Sime. “Common is an integral part of the Northern Quarter and as part of that we represent the creative and artistic side of this through our exhibitions. We hope that the work we put in attracts the right people and this is what a lot of the business is based upon: nice people in a nice bar.”

“I think we see a lot of needless work up on walls in various venues in Manchester,” offers Roberts. “And a lot of these are put up without any thought on space and how the space can benefit the work. We are fortunate to have a great pool of artists, designers, musicians, etc. in Manchester and beyond. We never struggle to find talent, although we struggle to find the energy and time to shine a light on all of them." 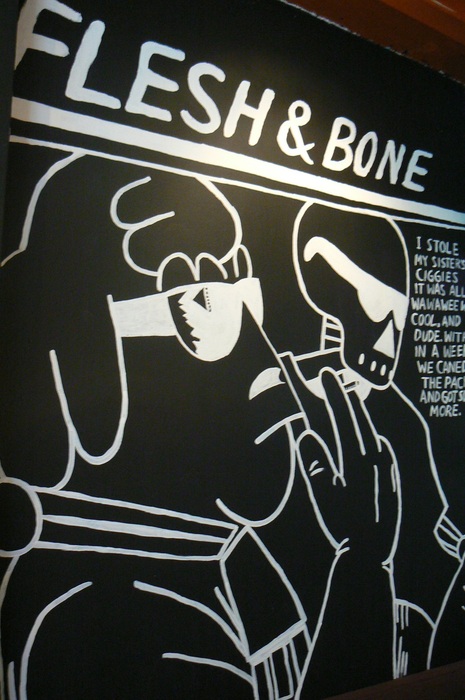 Where the exhibition does comprise prints and framed one-offs, customers are able to support the artists by buying some of the work at an affordable price point. “I’d like to think that people can buy a piece and still have change left over for a pint,” says Roberts. “The medium most of the artists use (risograph, screen printing) lends itself to making the work affordable. We’ve displayed paintings prior and they’ve done well, especially Chris Drury’s show—he did really well. You often see many painted canvases in a few establishments with mind blowing price tags and most of the work is often pants and out of place. It's cool that people can come to Common see a £20 limited-edition screen print and buy it. I have about eight John Powell Jones originals, six Steve Hocketts, countless Dave Baileys all up in the house because everything is so accessible. It’s cool that we can make all these amazing artists' work so easy to take home with you.”