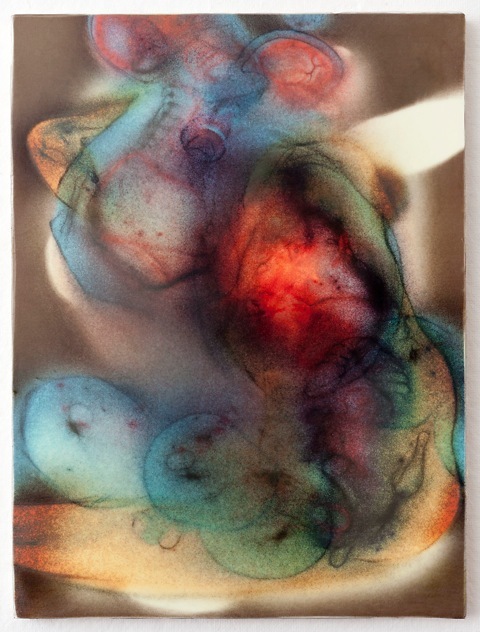 Bryan Christie's new work is a walk through a dimly lit dream. Biomorphic shapes, drenched and floating, appear more necessary than aesthetic. Yet, there is a subtle beauty about each image - haunting, unsettling and almost archaic. Perhaps you are drawn by Christie’s use of mysterious hues; or grasping at something academic, hovering just above your intelligence. Whatever it may be, your inquiry continues until you have at last unearthed that elusive truth that binds you. Even then, knowing the answer, each tier continues to, at once, hide and reveal more than the one before.... 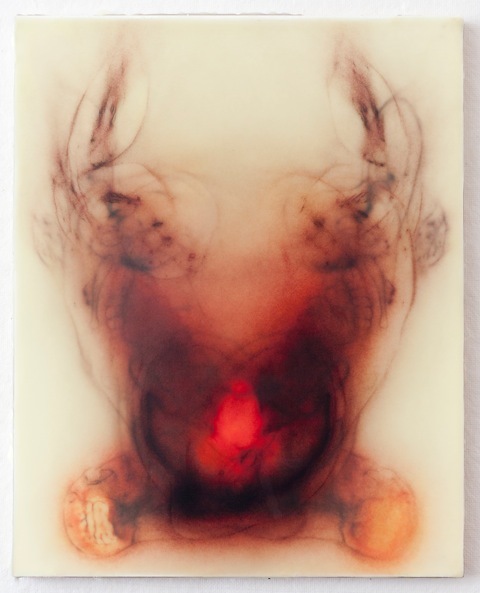 What you are indeed witnessing is the inspired afterglow of a career in medical illustration. Christie fell in love with the visual articulation of science in 1997, when he began his career as an Assistant Art Director at the magazine, Scientific American. There, he designed and illustrated covers and editorial content. His award-winning illustrations have since been featured in publications such as WIRED, Newsweek, The New York Times, Esquire, and Field & Stream. He has helped clients visually communicate complex ideas through Bryan Christie Design and, exhibited his paintings and video installations internationally since 2011.

The imagery in Christie's new collection is derived from medical drawings – digital 3D figures that are anatomically correct and replete with all their internal systems. A familiarity in the figures comes, perhaps, from poses reminiscent of ancient, classical sculpture and Renaissance paintings. His creative process combines layers of these images, printed on silk, with encaustic as a binding medium. The mystery is now unveiled, yet the final compositions seem no less intriguing.

“Transcendence and the experience of the sublime are rooted in this fleeting material existence,” says Christie, who seeks to translate the spectrum of the human experience – trauma, loss, wonder and the divine – through this work. Pieces in the current exhibition  - This Image Tightly Held - are named after the writings of distinguished poets, including Rumi and Langston Hughes. Titles like  Distilled From Old Desire (above left) and Every Angel is Terror (above right) give voice to the gravity of existence observed and felt in the artist's panels.

Christie’s inventive display of the human body becomes a noiseless response to the repetitive, self-important, over-glorified or blatantly political canvas - all too often regurgitated in contemporary art. Honest and unabashed, his work, in its own right, displays a passionate affair with anatomy and all its truths, ugliness and splendor. A bit chilling, yes, and beautiful; but life, wholly examined, is - from beginning to end - chilling and beautiful, too. 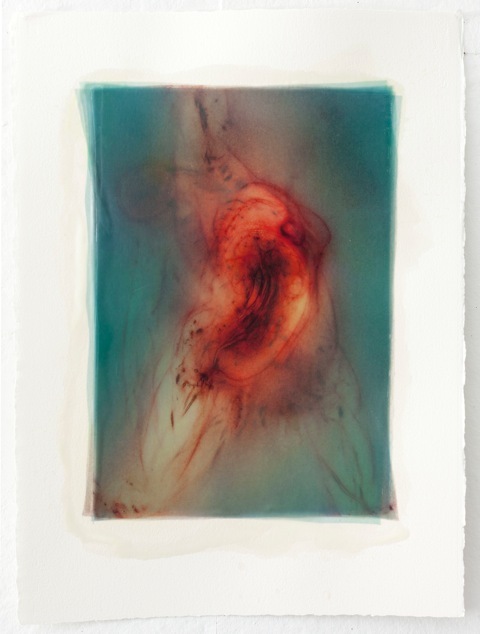 
The human shape is a ghost made of distraction and pain.
Sometimes pure light, sometimes cruel,
this image tightly held within itself.
trying wildly to open,

Posted by Omo Misha on 8/25/14
Tags: drawing, mixed-media, surrealism, digital
ArtSlant has shutdown. The website is currently running in a view-only mode to allow archiving of the content.