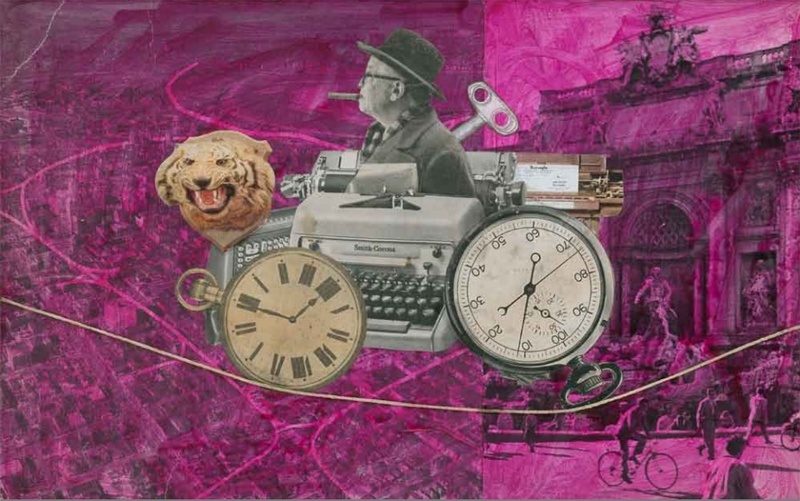 A World's Fair tribute in a New York neighborhood mash up

New York City has always been a draw for an eclectic mix of artists working across the visual and performing arts. Its underground pubs and speakeasies, expansive loft spaces, museums, sidewalks, and streets have served as creative inspiration for all kinds of movements including jazz, expressionism, Fluxus, hip-hop, and punk. Despite all of that creative energy and expression, the city has also been a beautiful breeding ground for social and cultural dissonance. While New York may not be known for the kind of territorial neighborhood culture akin to a highly segregated “city of neighborhoods” like Chicago, space and community do matter here. Our island is only about 13.5 miles long and nearly just under 2.5 miles across at its widest. In reality, East isn’t actually that far away from West, but sometimes it’s just easier to stay local. As rental and real estate costs have skyrocketed alongside stagnant incomes, all New Yorkers—especially artists—seem to be on a never-ending hunt for space to match their incomes and expenses. That hunt, though, often requires social sacrifice. What happens when creative communities are forced together for financial rather than social reasons?

In an effort to explore connections between cultural geographies, artistic scenes, and factors influencing them, Rachel Uffner Gallery presented The Crystal Palace, an expansive group exhibition named after the first World’s Fair held in London in 1851 and in celebration of the 50th anniversary of New York City's own 1964 World's Fair. The exhibition features artists affiliated with local Uptown and Downtown scenes working across genres ranging from Pop to Surrealism, figuration, assemblage, and more. Many of the artworks were borrowed from the vast archives of Richard L. Feigen & Co., the estate of Stan VanDerBeek, and other private lenders. Notably, the mail art and collages of Ray Johnson (1927-1995), an active and somewhat reluctant participant in New York’s 1950s Downtown scene, make a strong appearance in the exhibit. With artwork mixed together and installed without regard to chronology or genre, Rachel Uffner’s sleek space, which is located outside of traditional gallery districts—even the burgeoning one in the Lower East Side—provided the perfect blank canvas for considering questions about hyper-local and intra-city difference. 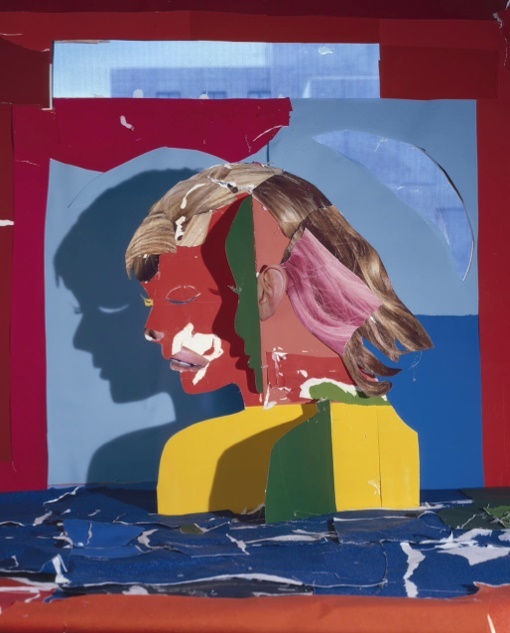 Stan VanDerBeek’s collage Science Fiction (1959) riffs on ideas about modernism with a surrealist flair. In the collage, a man with a cigar in his mouth and a winding key in his back is surrounded by time pieces and typewriters. Images of a bustling metropolis that fill the remainder of the image—people crowded into the streets and hurrying about—suggest not only the march of time but also industrial progress. Contemporary critical darling Daniel Gordon is represented by Crescent Eyed Portrait (2012), a chromogenic print from the “Still Lifes, Portraits & Parts” series that carries echoes of collage in its staging. The shadowed profile of a young woman’s face is visible the background while the found, cutout images used to create her shadow reveal the layers of her composition in the foreground: a cut slit for one of her eyes, torn, curling paper as her mouth and teeth, and glued bits making up her hair. These works were not installed near each other, but both felt timeless in their critical reflections. VanDerBeek’s images evoke social concerns of the 1950s like the hysteria about “little green men,” the wonders of space, and technology; Gordon’s staged and posed photographs press further, inviting comment on the effects of technologically manipulated images.

Ray Johnson’s mail art piece Untitled (Blue Bunny with Pop Art) (1958-94) also playfully juxtaposes images contemplating the pace of modern culture. The lower left corner shows a red Mickey Mouse-like figure with a risqué-looking Minnie Mouse wearing high heels fused to it—perhaps a nod to the evolving ideas about the role of American women—while ghostly blobs in grays and blacks hover in the background. A portion of the lingering figures have been traced with dotted scissor guides, and beneath them, Johnson wrote instructions that the cut portion should be removed and sent to the artist Robert Indiana in care of Paris gallerist Denise René. Across the way, Anya Kielar’s macabre sculpture Les Doubles Dames (2011) acts like a surrealist cabinet of curiosities or demented game of exquisite corpse. Painted plaster and burlap body parts—breasts, feet, forearms—hang from rope tied to trundles suspended across a wooden frame, creating the eerily disembodied remnant of a human being. 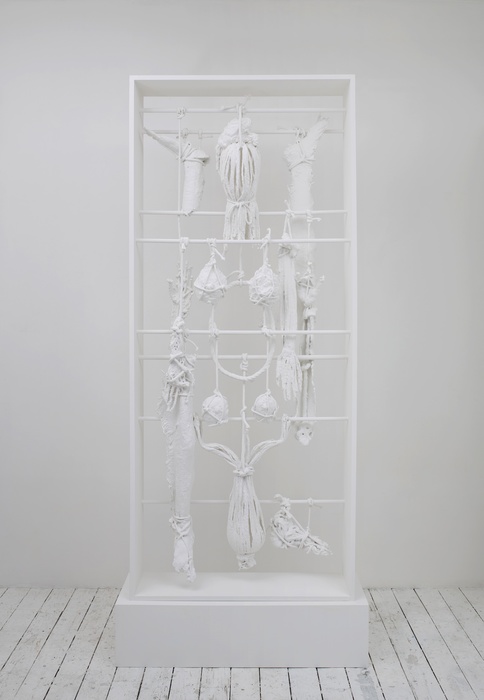 New York’s so-called Uptown and Downtown, or high and low divisions can be arbitrary at worst and situational at best. An old saying about change in the city goes something like, "If you don’t like the neighborhood, just wait because it will change soon enough.” New scenes are emerging constantly; new people are always discovering new sources of inspiration from what’s around them. Forced communing is never ideal, but real magical creativity can blossom when artists are forced out of their cultural or geographic comfort zones. Reaching out across boundaries doesn’t automatically ensure the flattening of culture. The Crystal Palace shows how mixing up spatial geographies also contributes to the vibrant eclecticism of city life.