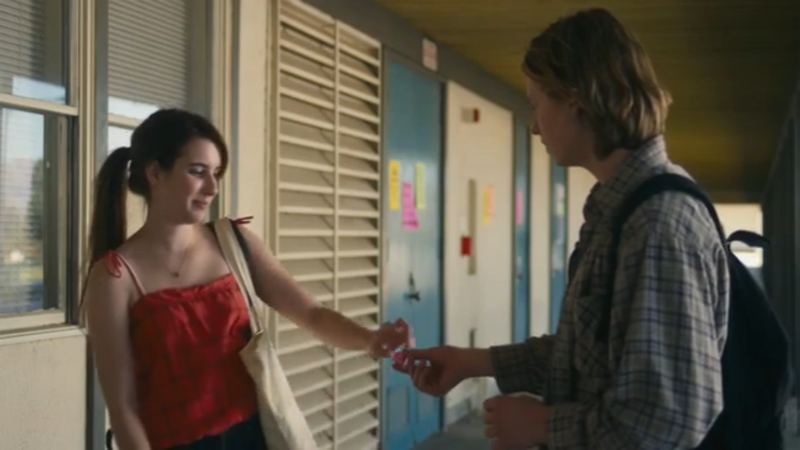 For the third time in Palo Alto by Gia Coppola, they meet. It’s daytime. They study at the same high school but not the same class. So much has happened since that disastrous party, they both thought it was over, their untold love would not survive. Walking towards each other, they pretend to not notice the disturbing presence of the other getting closer. They slow down their pace, in perfect harmony—look at each other. Silent bodies oozing adolescent love. He hands her a candy—does he mumble “Milky Way”?—she says she loves it.

Promise of eternal love. Her pink cheeks are burning. Urged by that unbearable shyness, she leaves without turning back.

Cosmic latte is the average colour of the universe according to a gaggle of astronomers at Johns Hopkins in 2001 (and art, according to me today). From Beige to Sepia

Sitting alone in her L.A. hotel room, she looks aimlessly at the skyline carved against the infinite horizon. She’s heart-broken, lost in translation posing in front of a bland luxurious beige background. I picture her gazing into infinity.

Stalled in a maudlin adolescence, Amalia is smarter than your average hate. 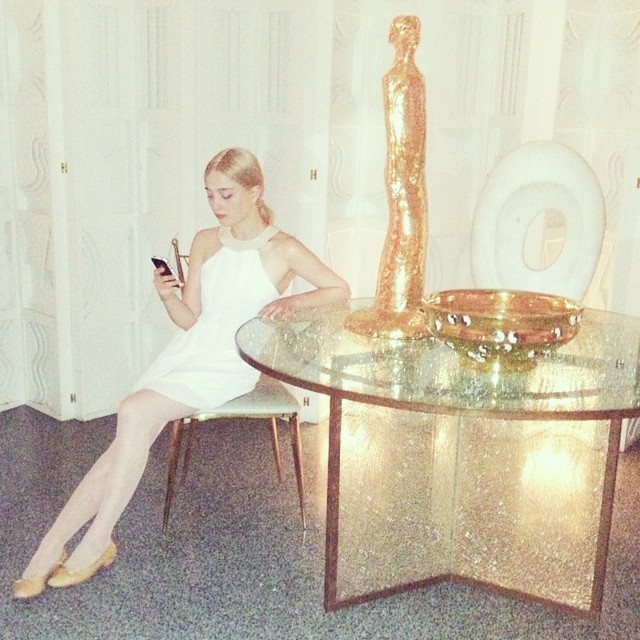 Notes on hook up culture, or the cosmic Ophelia

She endlessly speculates on a blurry picture, probably taken ages ago. So often, people try to look younger, hotter, smarter. As much as she studies its shape, behavior, and tries to see what it would look like in real life, it’s only when they finally meet that she will know that it fulfills her expectations. It’s been over a decade. Relying solely on probabilities and algorithms, only a crush would lead to the potential understanding of the origins of life.

Two or Three Things I know about her

Melancholia whispered in a monochromatic tone. In the clip: a long, uncut, close-up shoot of a cup of black coffee. Held by an invisible actor, whose presence is only suggested by his soft, nostalgic voice, a spoon stirs the warm liquid. The remnants of foam are spinning like a real-time weather forecast.

“(…)Since I cannot stop finding myself guilty although I am innocent, since every event changes my daily life, since I’m constantly failing at communicating, I mean at understanding, at loving, and at being loved, and since every failure makes me feel my loneliness, since… since…(…)”

Next shot. The close-up evolves into a dark abstract background on which a little planet or molecule of coffee foam is slowly fading away. The lulling voice keeps its litany.