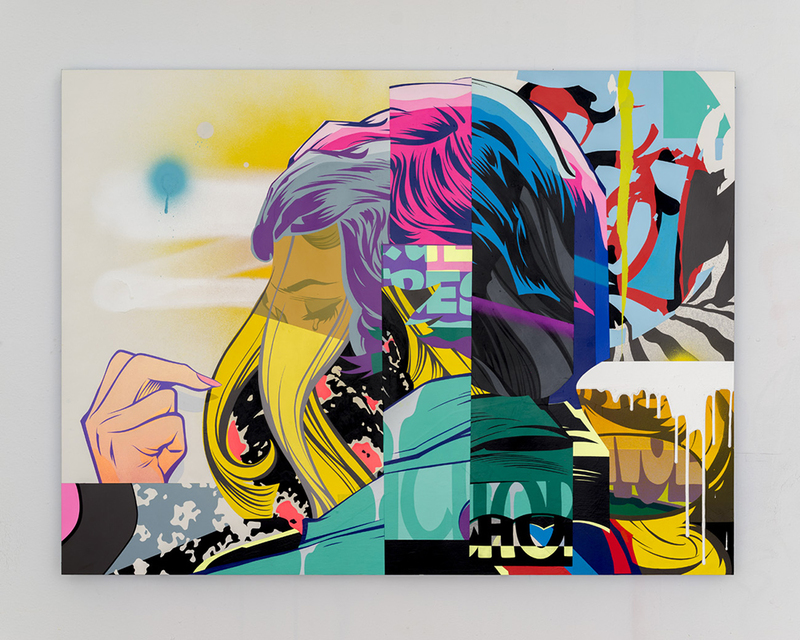 It's a Cruel Cruel Summer at Jonathan LeVine Gallery

People say galleries get slow in the summer in New York, but there is nothing lacklustre or mundane about the group exhibition Cruel Summer at the Jonathan LeVine Gallery. Curated by collector and graffiti historian Roger Gastman, the exhibition’s title is derived from the popular song featured in the original Karate Kid film by Bananarama. The music video portrays the three female band members causing trouble and dancing throughout New York City – including a Dukes of Hazard-esque car chase that involves throwing bananas at the police. Overall the show is inspired by that summer of 1984 – Gastman also mentions the first Macintosh personal computer and the Olympics as influences. With this exhibition, he successfully captures that same energy he felt in 1984. Featuring the work of over 20 international artists, the exhibition brings together all the excitement and colors of that summer, without looking dated. 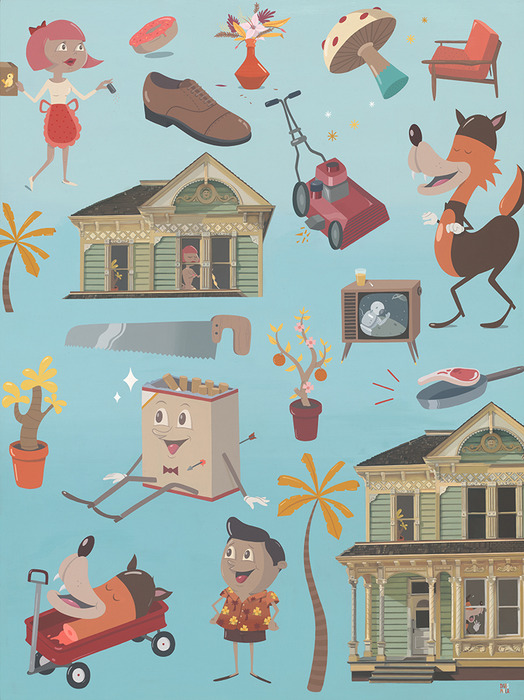 The exhibition fills up both of Jonathan LeVine’s gallery locations. In particular, the 23rd Street gallery features large-scale installations by Dabs Myla, a married artist duo. Originally from Melbourne, the couple’s work narrates their life together. The installation is an assortment of walls painted by the artists and the various works together tell a story: paintings feature their signature style and reveal their inspirations and love for traveling, graffiti, and food: translating on the various chosen canvases as dancing hotdogs, cartoon cigarettes and other personified animals. It’s like reading a comic book but instead of frames, the characters jump from painting to vases and onto the walls of the gallery. The couple’s collaborative style contrasts nicely with mixed-media collages by Shepard Fairey and drawings by Parisian artist Horfe, who also derives inspiration from animations, with quite different but equally dynamic results. 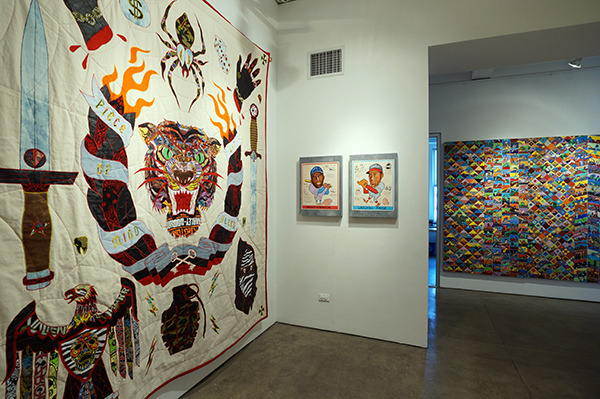 Many of the artists in the exhibition grew up in the 1980's or 1990's, while others were already writing graffiti – such as the legendary Blade and Eric Haze. Niagara’s femme fatales speak to the chaos caused in the video of Bananarama, running amok in New York. The exhibition connects thus two generations of graffiti writers and street artists. Encompassing sculpture, textiles, illustration, and collage, it also reveals the many different practices that continue to expand the definition of street art. In the 20th Street gallery, the Ben Venom hand-made quilt, entitled All The Aces, welcomes visitors when they first step into the space. Using recycled fabric, the typically delicate art of quilt making is juxtaposed with a roaring tiger head centered in a spider web. Decorated with knives, dice, severed hands, and even a grenade, the quilt is one great example of what Jonathan LeVine Gallery does best: it’s all in the surprise elements.

Cruel Summer is a moment to explore how an era informed, influenced and produced these artists and how it continues to inspire their practices today. 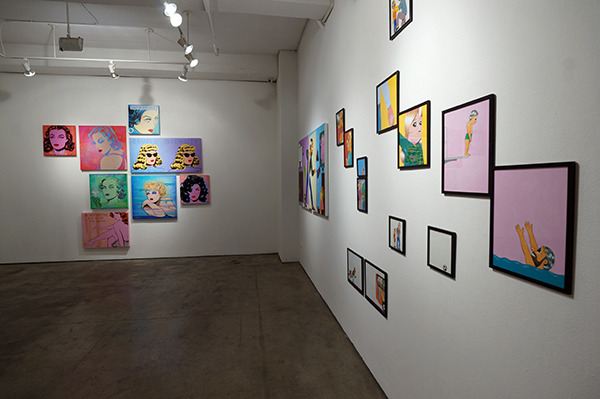