On February 20, 2014, WAT-AAH water bottles launched their Taking Back the Streets campaign in an effort to convince kids that drinking water can in fact be “cool”. Endorsed by First Lady Michelle Obama and her Partnership for a Healthier America initiative, WAT-AAH launched to a fanfare of parental approval at the New Museum in New York City. For its inaugural exhibition the water bottle company organized a group show featuring the work of 13 prominent street artists—including Kenny Scharf, Maya Hayuk, Swoon and Lady Aiko—just a handful of the artists putting their seal of approval on the company.

Each featured artist designs a Limited Edition label spanning 3 water bottles as a complete series. The bottles will serve as collectables (imagine baseball cards or POGS for us millenials out there) and with 27 street artists currently involved, there are a total of 81 unique works of art to be collected once the product-line hits store shelves this fall. In tandem, each artist develops a corresponding work on canvas for the blue-chip collectors out there, several of which have already been exhibited at WAT-AAH gallery shows across the US. The heath and lifestyle brand has also hit the streets in both New York City and Chicago displaying the work of renowned street artists as public mural installations with unique renditions centered around the same hydro-inspired theme. 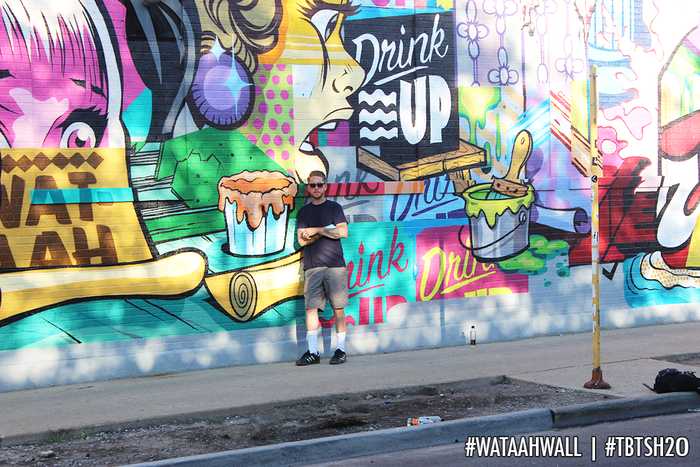 At its core street art is an inherently proletarian art form, displaying messages that sometimes skirt the line between narrative and advertisement. With injections of strategic marketing, street art proponents have begun to embrace the modern formula of hyper-commercialization. With self-made creatives discovered from the bottom of a YouTube channel or independently launched artists pioneering media attention via their Instagram feeds, artists-as-celebrities have now become the targets of icon based branding. 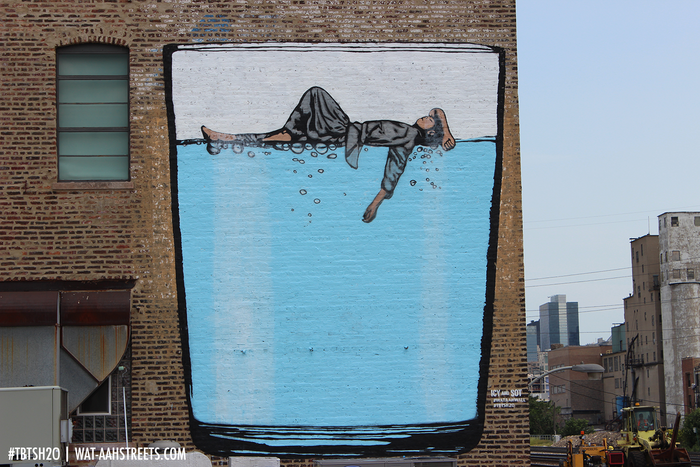 With a product as simple as water, the WAT-AAH brand has banded artist and celebrity alike and assumed the responsibility of tackling the national pandemic of childhood obesity in the United States, an issue so prevalent that parents, school districts and even the White House have committed to challenging its trajectory. If education is the foundation of wisdom, then art is the foundation of beauty and by merging the two, maybe attention can be drawn to causes that can instigate real change for future generations. WAT-AAH aptly demonstrates just one possible solution needed—and the streets are just the pulpits to preach from.