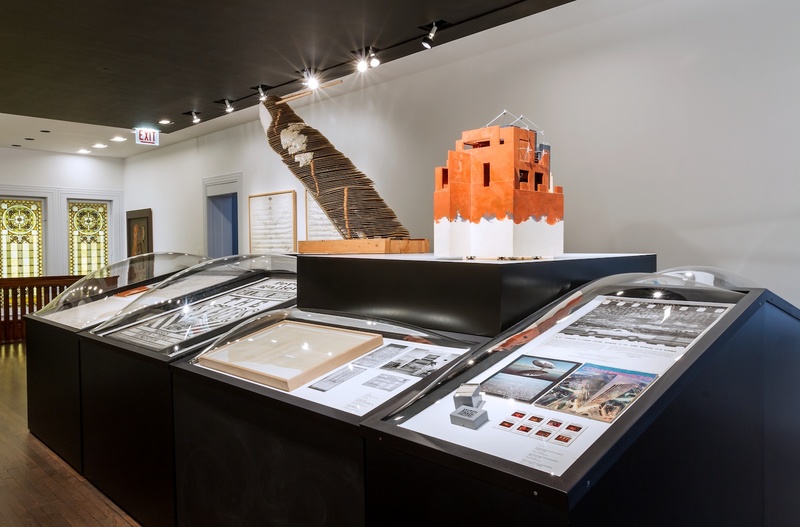 The Realized, Unrealized, and Unrealizable: Everything Loose Will Land at the Graham Foundation

In the sprawling exhibition Everything Loose Will Land, currently on view at the Graham Foundation, curator Sylvia Lavin deftly tells the story how the worlds of art, architecture, and urban design came together in fantastical and bizarre ways throughout the 1970s. The title comes from a supposed quotation by Frank Lloyd Wright: “Tip the world over on its side and everything loose will land in Los Angeles.”[1] The exhibition is packed with architectural models, building plans, sculptures, films, publications, works on paper, publicity material, prototypes, and building materials in a swirling scope that is as impressive for its wild eclecticism as it is for its subtle argumentation. Lavin presents an admirably messy picture of cultural production in flux where canons and traditional sources of inspiration were up in the air and new modes of critique and protest were opening all around. 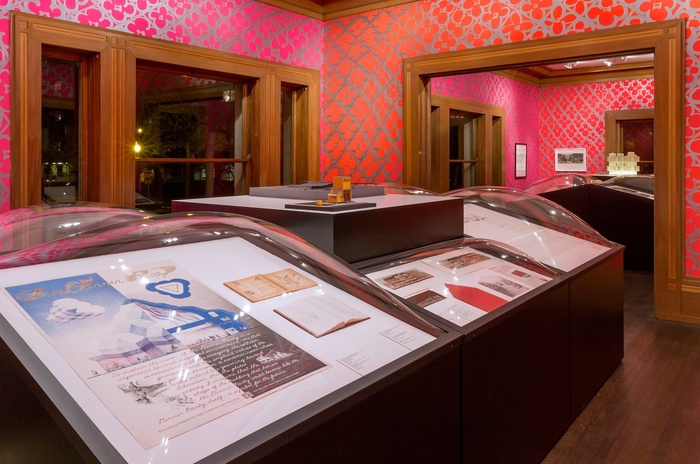 The exhibition, which has been shown in LA and at Yale, draws some incredible vitality in its Chicago iteration from Judy Ledgerwood’s immersive wall painting Chromatic Patterns for the Graham Foundation. Much of the work on display is housed in vitrines made of belly-like plastic protrusions, and in Ledgerwood’s rooms these reflective cases look fluorescently doused and sparkling. It is a fortuitous overlap that speaks directly to the joyous intermingling of art and architecture that makes up the main thrust of the exhibition’s argument.

On the surface, the title of the exhibition points us toward different and new “loose” definitions of artistic and architectural practices among a diverse crowd of creators during the period. Here, Richard Serra buddies up with Frank Gehry to make a glass and wood material study, and Judy Chicago gets together with Miriam Schapiro to publish and enact the feminist cooperative/publication Womanhouse. Other collectives swarm left and right: LA Fine Arts Squad, Gruppo 9999, Archigram, Architects of Morphosis, EAT, SITE. The diverse and prolific output of these collaborations makes it immediately clear how fused the spheres of building-making and art-making became during this period, to the point where parsing them apart can be immediately seen as artificial and absurd.

To this end, it is significant that the first image you encounter might be Leonard Koren’s WET Magazine or his 17 Beautiful Men Taking a Shower photo series. These opening images tip us off to another, perhaps more vital, meaning of the looseness on display.[2] Through a lens of sexual revolution, the many pairings and collaborations come into view as coital or orgiastic metaphors of social togetherness, pleasure, rebellion, and production. Hedonism-as-critical-response prevails throughout Everything Loose, from the sensual enjoyment of a cloud captured in polyester resin by Peter Alexander to the hypnotic mandala effects of the Whitney brothers' films. 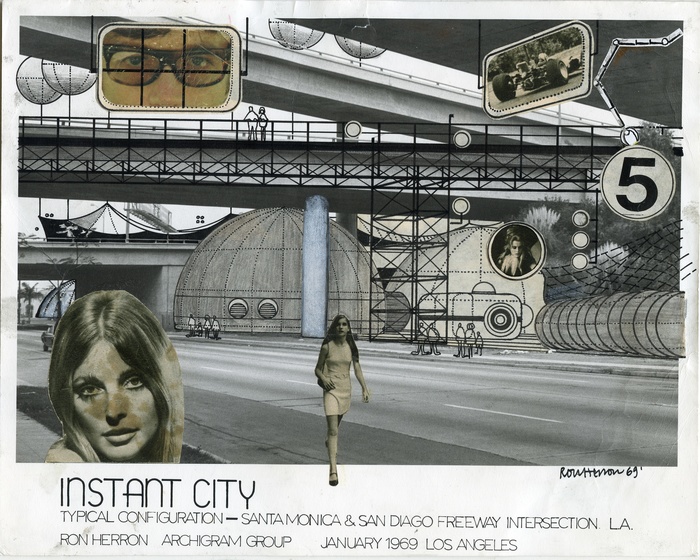 This is where the subtlety of Lavin’s argument plays an important role. While the exhibition material points in many different directions, one recurring form is the rough plan, like Bruce Nauman’s pencil-scrawled poster design for a gallery show, or Robert Smithson’s unrealized Dearchitecturized Project planned for LACMA. These variously realized, unrealized, and unrealizable plans emphasize that the revolutionary potential of these works lies not in their finalized forms, but rather in their imaginative possibilities. If anything, an understated critique of this same hedonism recurs frequently in the exhibition, most entertainingly in a snippy conversation between Nancy Holt, ‘repping the New York Spare & Critical Conceptualist wing of ‘70s art, and Smithson, who tells her that she is “thinking too much” and that the “Indians” have it all figured out. The conversation is cringe inducing, and gives us pause to consider the ideological underpinnings of—and the limits to—the models of protest on display. Lavin deserves credit for assembling a collection of artifacts and objects that celebrates and at the same time critiques the oddball utopianism, naive promise, and fascinating potential of LA looseness. With Everything Loose Will Land, Lavin presents a story made up of odds and ends, where pleasure confronts repression, and where even buildings participate in sensual expression. A story, in other words, that sounds a lot like the Los Angeles it seeks to represent. 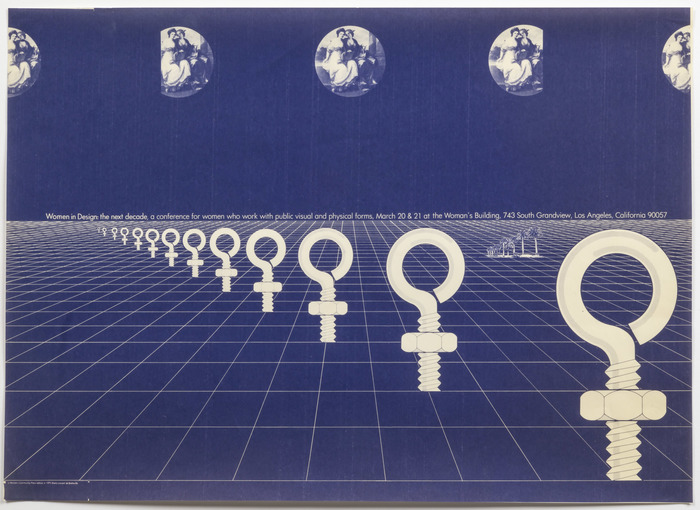 [1] I cannot find attribution for this quotation anywhere. It’s just cited over and over again as Wright’s “famous” quip. I call apocryphal.

[2] It also serves us well to take a look at the books Sylvia Lavin’s published, including Kissing Architecture (Princeton University Press, 2011) and Form Follows Libido: Architecture and Richard Neutra in Psychoanalytic Culture (MIT Press, 2004). In the latter, she drops this gem on page 95: “Hot rather than cool, Neutra’s houses were pleasure palaces, and some of them had a G spot.” Clearly the psychosexual dimensions of architecture are not to be discounted here.

For more on Everything Loose Will Land, check out Troy Pieper's first impressions of the exhibition for ArtSlant from May 2014 here.