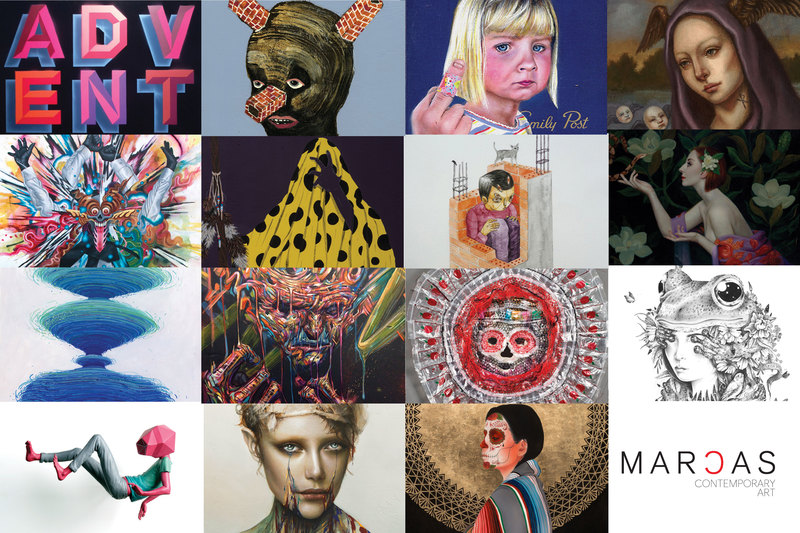 Graffiti Writer to Gallery Owner: The Story of the Unassuming Mr. Steven Daily

by Kimberly B. Johnson

The latest conversations between Steven Daily and myself left the overwhelming impression of a busy man. One jam-packed with the commonalities of adulthood: homemaking, career, the works. He’s currently in the middle of uprooting from his home in Hollywood—the one he lived for nearly 10 years—to lay new roots in Pasadena 30 minutes Northeast of LA.

In between receiving texts reading “Just finished the kitchen,” or “Hi Kim, just got home. Had to pick up a desk,” I wondered how he’d have time between unpacking his life and the duties of his profession to humor me. Challenged with the task of delving back into his mind some 20 years ago, he resurfaced with the stories that explain the unforeseen past and unexpected experiences of the highly unassuming Mr. Steven Daily. 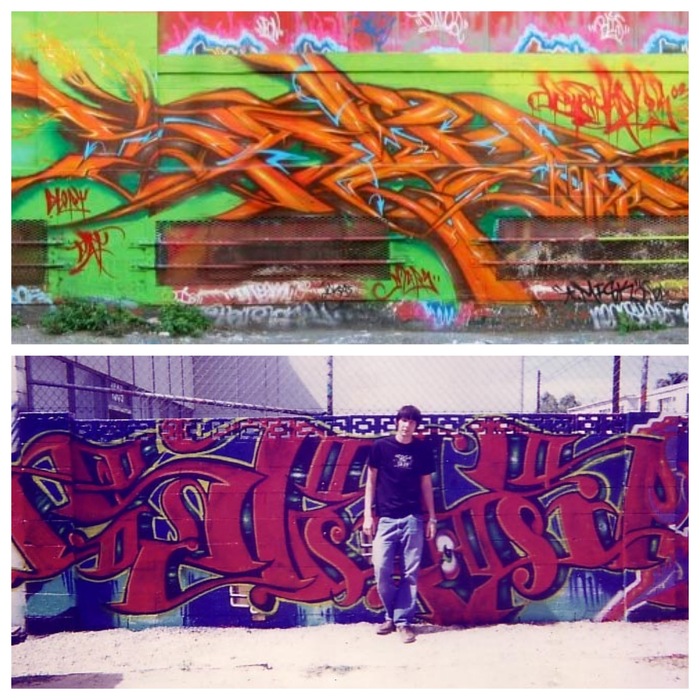 As an accomplished fine artist, having done work for the likes of Lucas Films, Disney, HBO, Sony and Darkhorse Comics, Daily has a handsome list of creative accomplishments strewn throughout his repertoire.

In the midst of loading and transporting his life in and out of boxes, coordinating knick knacks to be set throughout his home—not to mention simultaneously juggling those never-ending obligations of an artist looking to avoid starvation—he’s knee deep in the consuming task of meticulous event preparation for Marcas Contemporary—the Downtown Santa Ana gallery co-owned by Daily and Costa Mesa’s As Issued owner, Dana Jazayeri—set to formally open its doors in mere days. 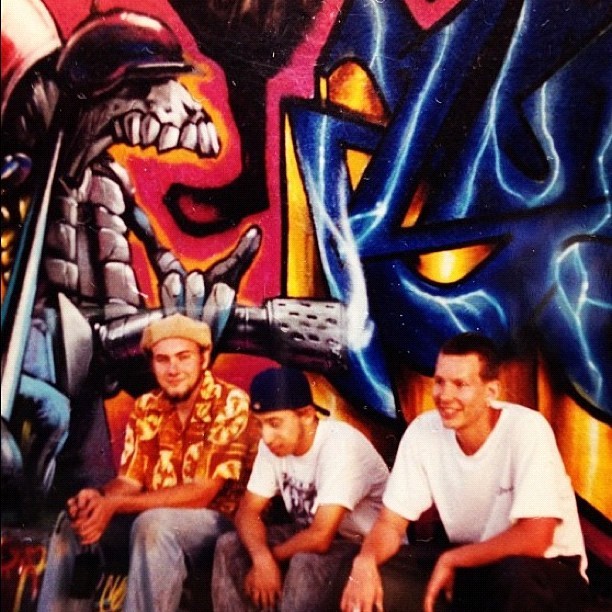 As a working artist, Daily knows the task of juggling roles and responsibilities. There are few people willing and prepared to accept 16-hour work days as a normality and acknowledge that getting paid likely entails catching up on sending invoices while on the toilet.

I hear it’s a life of wonder, excitement, plenty of pros and no shortage of cons, consistent struggles, satisfying successes—but above all—the option of living life on one's own creative accord. For Daily, it’s a life lived out of sheer carnal creative necessity. “It’s always been about the art.”

However, the art that consumed a college-aged Steven Daily doesn’t end with his intrigue of acrylic on canvas. This is the tale of a kid—50 miles east of LA—with a backpack full of aerosol cans, a skateboard, and a bad, bad case of the graffiti bug. 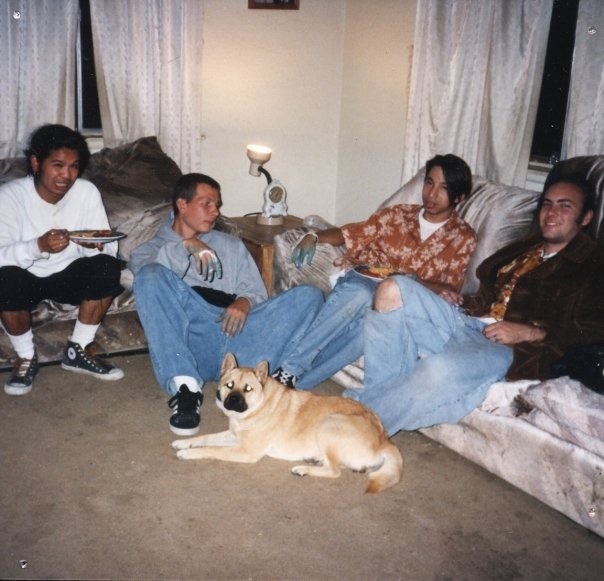 RG, Steve, Max242 and Jeff Soto after a day of painting in LA; Courtesy Steven Daily

The year was 1991. Nirvana’s Nevermind had just been released while a disinterested Steven Daily sat in his Riverside apartment watching a B-list movie on his tiny black-and-white portable TV.

The film was Dreams Never Die, the story of a New York graffiti writer and his harmless albeit drug-peddling love interest as they jointly handle their scandals with the type of plot twists you only receive from solid made-for-TV movies. Somewhere stuffed inside the film’s 100 minutes of ‘80s cult classic bliss, something happened: a fever, a need, a sickness. Something swelled inside Daily and permeated his mind with the need to paint. Not just dabble. Not take a tentative interest in. He wanted to piece: multiple colors, productions on walls, painting heavy and painting hard.

Before ever witnessing the flick that ignited his fire, his interest in tagging and graffiti was nurtured several years earlier as a teen skating the streets of Orange County. Born in Riverside, CA, transplanted to south Georgia, then Atlanta, Illinois and eventually back to the OC, Daily got his dose of the teenage experience cruising city streets. “As a skater,” he explains “you end up crossing paths with writers.” The intersections are pretty well documented within the cultures. “Every skate video I’d ever seen to that point had graffiti in it for sure.” Daily found a friend in a young OC writer named Donny. From there, he was exposed to the style, structure and flow of the elite personalized signature, the “tag.” 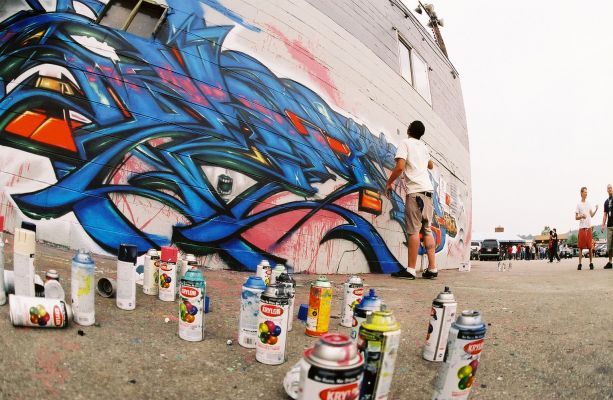 Exhausted from his parent’s gypsy-esque lifestyle, an 18-year-old Daily—fresh out of high school, the fourth he’d attended in his school career—returned to his hometown of Riverside, CA in ’91. He moved into a small apartment off of La Sierra and Vineyard with his tiny monochrome TV, bored and curious, awaiting something to fill the void. “When I saw Dreams Never Die, I just felt like it was the story of a kid struggling with being an artist. That’s the year I started painting.” From here, vital characters were added to his saga, creating his own story of plot twists and a layer of youth drama.

“Randy was kind of a hooligan,” he recalls. Stories of a character with a knack for trouble and a passion for testing the limits seeped in over the telephone. Randy sounded like the type of loving lunatic with explosive energy directed at unexpected targets. But most importantly, Randy was the type of hooligan willing to steal Henry Chalfant’s Spray Can Art from Barnes and Noble as a tender gift for a friend. “I looked at that book like it was the Bible.” 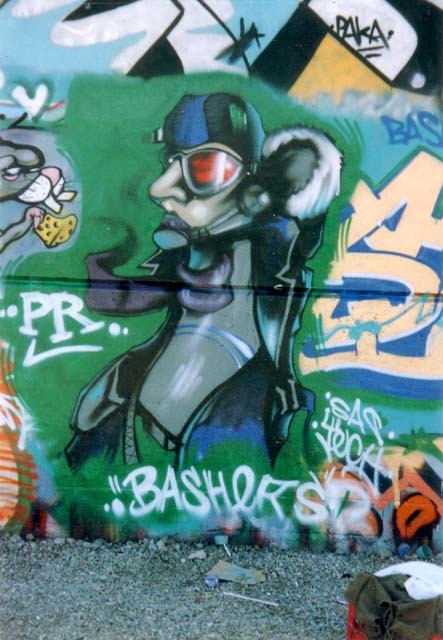 1991 saw the birth of KUEST, then RSIN, and later GHETO, RUKUS, PR and eventually, STEVEN—a decision made after getting caught writing in Los Angeles’ Commerce Yard in ‘96. “I remember walking out of court after receiving my fine and that being the exact moment I decided to write STEVEN. I’d gone through so many names and been caught writing PR three times and realized I might as well be caught for writing my own name.”

Through the closeknit culture of graffiti, Daily’s database of friends expanded. Fellow writers Deph, Max242 and Trek One (known professionally as Jeff Soto) were added to his circle. The team would go on to create the Riverside graffiti crew BASHERS and later boast professional art careers to rival any kid’s living life on the straight and narrow. 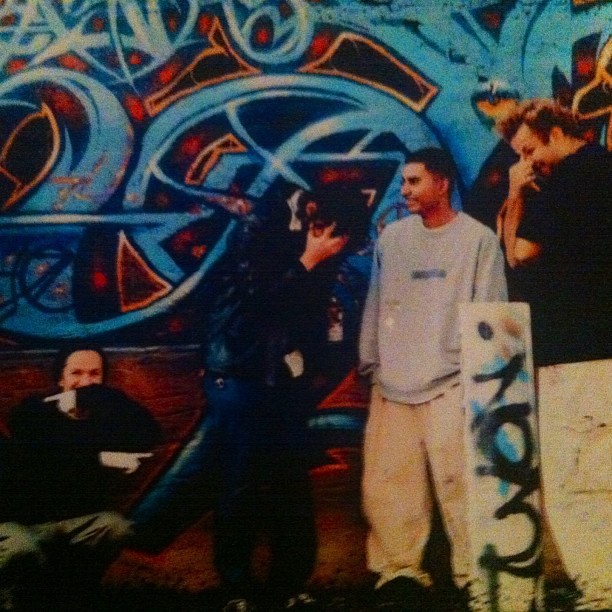 And so the legend of STEVEN began: Riverside to Los Angeles, Long Beach and beyond. The boys got around heavily and in style. “We had high aspirations,” jokes Daily. He recalls these times as vital points to his humble story—memories that would be hard to forget. “I remember the first time I hit a billboard, my first time jumping down from a heaven spot and definitely my first time running across a freeway at 3am to catch a tag on the side of an overpass.”

It’s kind of the experience of art unhinged. Many romanticize it—simply fantasizing about creating an alter ego and stamping that identity around the world—but not many can stomach it: the legal woes, the injuries, the narcissism. 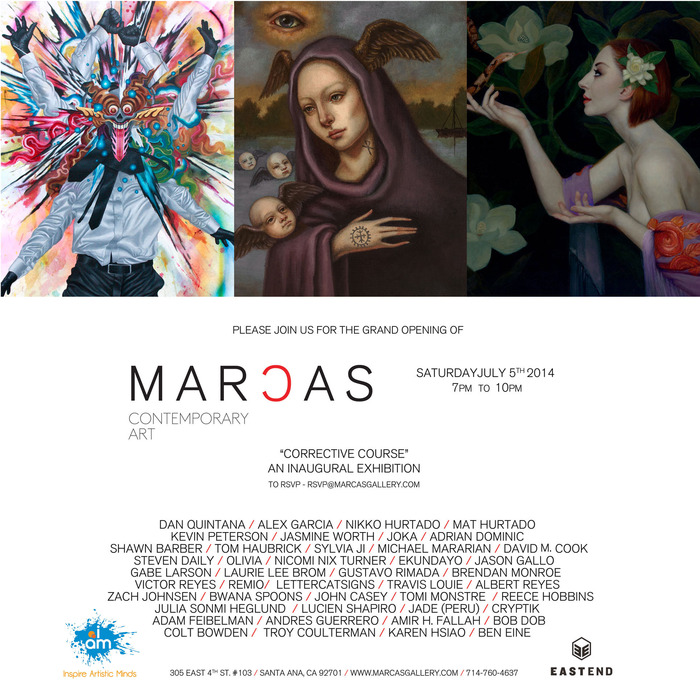 Daily acknowledges the aforementioned cons, but never denies the pros. “Graffiti taught me to be crafty, to be persistent, to be meticulous, to be observant. In some ways, it helped me prepare for the world of fine art.”

Two decades later, the unassuming Steven Daily—the one with a list of vandalism, defacement and trespassing charges as long as his repertoire of fine art successes, is opening a gallery in the same community where he learned the art of tagging years before. And while his activity in the streets has without a doubt reduced throughout the years—“The risks are too high” and “I’m too old” being his most prominent justifications—Daily knows the art form never dies due to a need for caution or age. “A graffiti writer never actually stops. He either just slows down a little, or slows down a lot.” 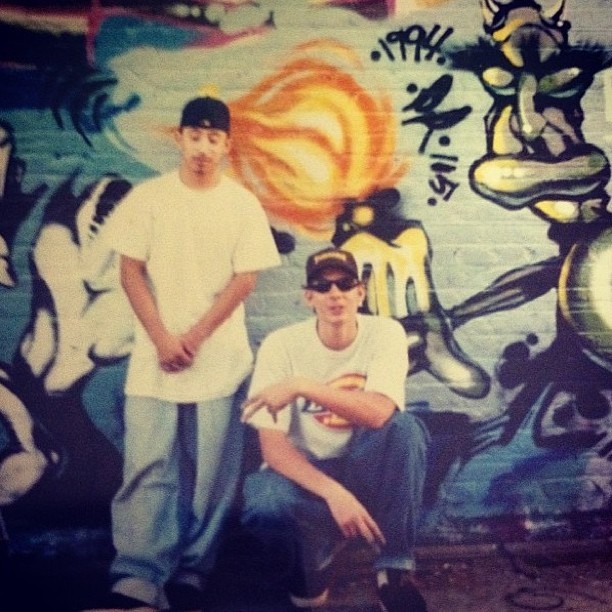 In that same breath, his “art is art” ethics are heard clear—same emphasis on the action no matter the medium or feats taken to refine the skills. “Even though we painted on walls, we were still painting at home on canvases too. People sometimes get caught up in the destiny and forget the journey. What we’re trying to do [with Marcas Contemporary] is create an ‘artist first’ gallery. Galleries these days have become more about the spectacle whereas Dana and I wanted to create a space that was more like a church; it’s not about the building, but what goes on inside.”

Posted by Kimberly B. Johnson on 7/7/14
Tags: q&a
RELATED ARTICLES

Weird guys with severed heads: an interview with PANG
8/18/14

Psychedelic-Politic: An Interview with Abby Martin
8/12/14

Objects in Motion: An Interview with RUN
8/6/14
COMMENTS (0)
ArtSlant has shutdown. The website is currently running in a view-only mode to allow archiving of the content.