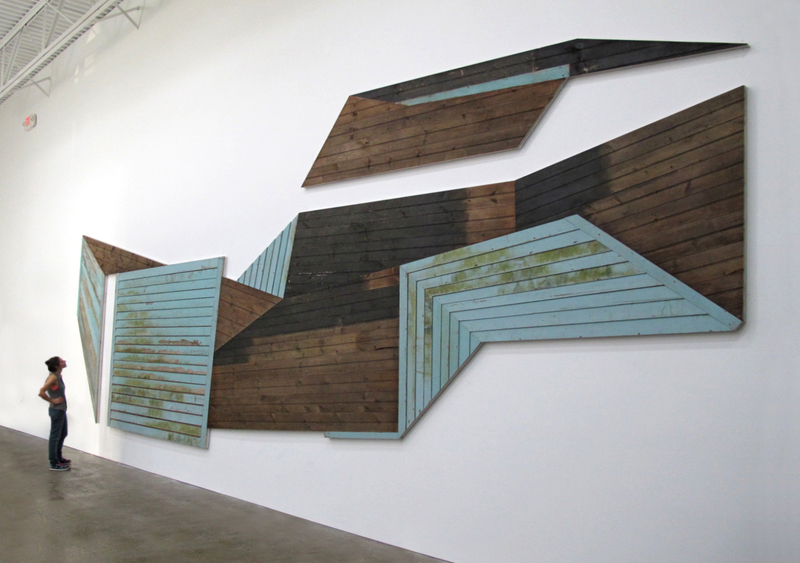 Zelehoski won the 2009 Artslant Prize with his stunning Human Lobster Trap. In the past five years, Zelehoski has shown his work extensively across the U.S., represented by a number of galleries including Dodge Gallery, Ethan Cohen, and Christina Ray Gallery.

Zelehoski was born in Concord, Massachusetts. He received his Associates of Art degree from Bard College at Simon's Rock in 1998 and shortly thereafter left the U.S. for South America, where he received his B.A. from the Universidad Finis Terrae in Santiago, Chile in 2003. 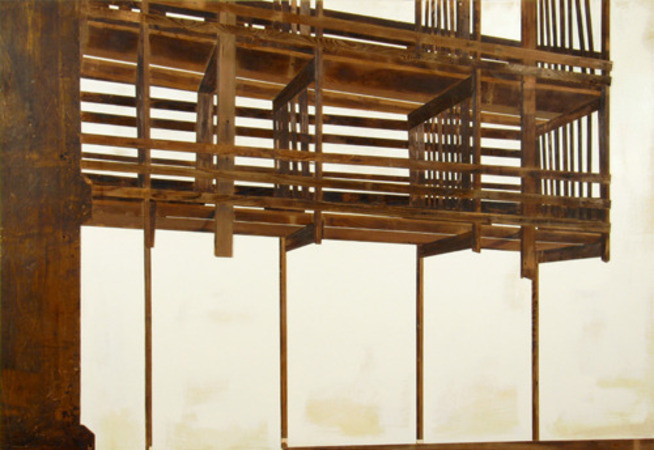 After six years, Zelehoski returned to the U.S. and began creating his signature two-dimensional sculptures. He collapses three-dimensional objects—wood pallets, ladders, picnic tables—into mind-bending two-dimensional constructions that play with our perceptions of space and ask for a critical reexamination of the connection between mind and reality.

Of his work, Zelehoski writes:

"The pallet, which was once part of the physical, three-dimensional world, suddenly becomes autonomous from the rest of space. The planar, concrete object is somehow more remote and closer at the same time. By unifying the picture plane and the spatial environment, I’m trying to reconcile the dichotomy between pictorial and physical space, art and object, sculpture and painting. Sculpture has been defined as a three-dimensional object in space. These are three-dimensional objects in two-dimensional space and although they find themselves trapped, unable to perform their original functions, my hope is that they become more active and productive on the level of our experience."

You can find out more about the ArtSlant Prize Showcase Series here. Round 3 closes in just a couple days!

Posted by Max Nesterak on 5/19/14
Tags: Mike Weiss, mike zelehoski, 2D, painting, sculpture, installation
ArtSlant has shutdown. The website is currently running in a view-only mode to allow archiving of the content.