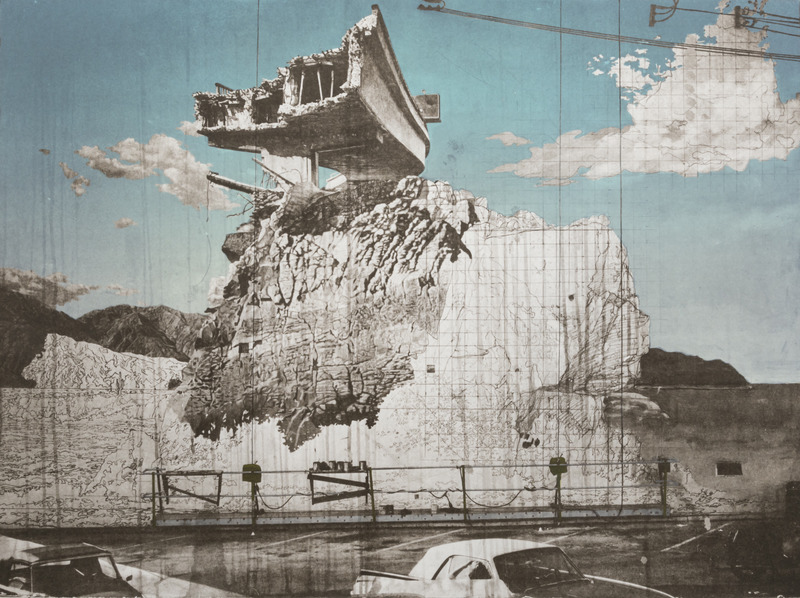 Few objects in Everything Loose Will Land are as they seem. The Graham Foundation in Chicago is the third stop for this show of 1970s art and architecture that characterized the cultural ecology of Los Angeles at the time. The works on display explore space and structure in ways directly influenced by artists’ place and time, their work, in many cases, transforming the conceptual boundaries of design.

Curator Sylvia Lavin, Professor of Architectural Theory and History at UCLA, organized the show into four categories—Lumens, Procedures, Users, and Environments—around which she sees architecture and the arts having aligned with one another in a particular time and place. What is most clear in the exhibition is that its focus is hardly on traditional aesthetic values. Instead, Everything Loose Will Land has to do with operations and procedures. The process and materials involved define both what was produced and the relationships between architecture and the visual arts.

Taking its name from a Frank Lloyd Wright quip—“Tip the world over on its side and everything loose will land in Los Angeles”—the exhibition includes what seems immediately to be a hodge-podge of works by artists both obscure and world-famous (Judy Chicago, Bruce Naumann, Ed Ruscha). But it becomes obvious that the show’s contents are a scholarly investigation into just what it was that artists and architects in Los Angeles were themselves investigating in the ‘70s. Some connections between pieces are not immediately apparent—the exhibition’s themes are loose and it requires an amount of extra work from visitors—but Everything Loose Will Land is the fascinating research project from an academic with unimpeachable artistic taste. 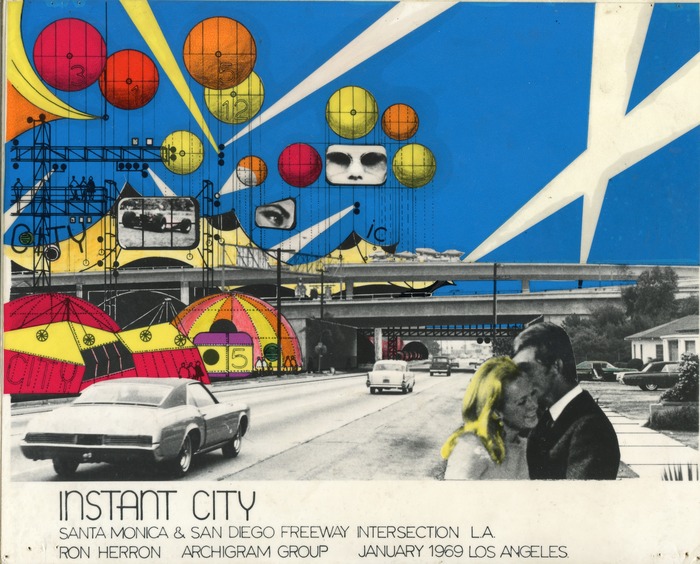 Many pieces in the exhibition are worth Google-ing, a not unreasonable request of exhibition visitors in the modern age, particularly at the Graham Foundation, whose mission is to support projects, often research-based and for the public, that challenge ideas about architecture’s role as one of the arts. And challenge the work in Everything Loose Will Land did in its time.

The exhibition is concerned with the user in relation to the operation. Though Van Gogh’s brush, for example, was a tool for him, the relationship he had with it was seamless and uninterrupted in the creative process. But here, in 1970s L.A., Xerox machines, air pollution, and women, among other things, have sullied the modernist notion of purity, have contaminated space. For many of the producers of work in this exhibition, it was this space they sought to explore.

This exploration gave way to the likes of “Finish Fetish,” whose practitioners were obsessed with making handmade works whose finishes appeared machine-made, as well as works employing the technologically enabled production of light in space. A piece by Billy Al Bengston consists of automotive paint spray-painted onto linoleum to create a handcrafted work that appears to have been made by a machine. In the same vein, the exhibition features a leftover panel from architect Cesar Pelli’s Blue Whale (as his Pacific Design Center, a high-end design showroom in West Hollywood, has come to be called because of its shape and blue glass curtain wall). Pelli was clearly looking at Finish Fetish and how to incorporate it into architecture. The panel, which Lavin retrieved from the basement of the building, looks smooth on the outside, but the backside is rough. Its plasticized blue paint, which exhibition-goers can feel, was applied by hand in order to make it look smooth.

London architect Andrew Holms, who was also interested in Finish Fetish, made trips to Los Angeles during the time to take photographs, which he would make into drawings as realistic as possible. One drawing, made from a photograph he took inside the Blue Whale, took him more than 400 hours to make. The exhibition includes a print of it (the original was long ago sold, then re-sold, and Holms no longer has an idea of its whereabouts) alongside the leftover blue panel. 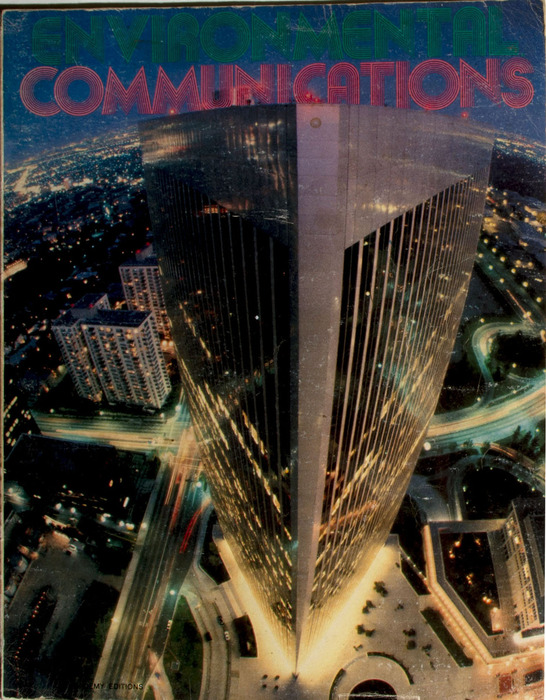 Much of what concerned cultural producers in this context had to do with environment. So-called Light and Space artists were influenced by the light and air of coastal Los Angeles. Peter Alexander’s Small Cloud Box is water dripped into molten resin, an environment frozen in a moment of time. David Greenberg, an architecture student at UCLA at the time, rejected architecture believing that environment was a truer way to see the world. He founded Environmental Communications, a company that produced groups of images as a new form of theorization about what environment is. The company began with obvious themes like L.A. signs, pollution, and cool buildings, then expanded, soliciting images from as far away as Namibia. A catalogue of slides is part of Everything Loose Will Land.

Lavin debated whether to include architect Frank Gehry in the exhibition. As a staple in the L.A. art scene at the time, his story has been told. But Gehry’s rise before he was “Frank Gehry,” is satisfyingly illustrated in two pieces in the exhibition. Everything Loose Will Land includes a catalogue from a Gehry show that lists an “Ed Ruscha House,” but there is nothing inside the book about it. Lavin was able to find archival drawings—both where the architect’s hand is obvious and where an employee of Gehry’s made a seemingly boring architectural drawing.

But the story behind the latter drawing makes it perfect. Ruscha, who was a friend of Gehry’s, asked the architect for a favor in providing his technical expertise. Ruscha wanted a design for a building resembling a fake western house in the California desert, similar to buildings in nearby Pioneer Town, a tourist attraction. Lavin found out that Ruscha had a collection of “failed objects”—like windows from actual western houses— which he wanted incorporated into the house, the location for which the artist chose through the window of a helicopter. It has no legal address, only the GPS coordinates denoted on Gehry’s blueprints.

Because the concept was his, Ruscha felt he designed the house. Gehry apparently could not resist including Ed Ruscha’s house in his exhibition catalogue even though he did not really feel that he designed it, thus the catalogue’s exclusion of any drawings of the house.

The other nod to Gehry in Everything Loose Will Land is a section of a model exhibited in a show in New York in the ‘70s. It is Gehry and Richard Serra’s hypothetical proposal for a bridge over Manhattan. On the west side of the bridge is Gehry’s pylon: a phallic fish; on the other end, in the East River: a giant steel blade by Serra. The bridge is a parable for the relationship between art and architecture and about the value of each. Everything Loose Will Land suggests a past that informs what design in Los Angeles is today and documents the intersections and influences art and architecture shared or exerted upon one another. Like Serra and Gehry’s bridge, whose ends seem to pull against one another, the exhibition at the Graham is also an exploration of whether architecture and visual art can ever really be linked.