Studio Museum Exhibit Shines a Light on the American South 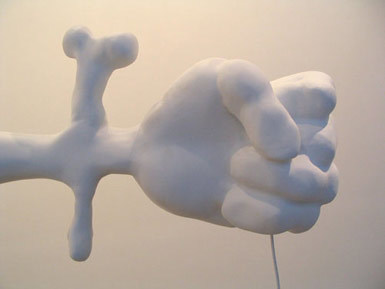 Trenton Doyle Hancock's Vegan Arm juts out to greet you as you enter The Studio Museum's main gallery. In a fascinating balancing act, the arm extends a pail of curious pink liquid. The installation is said to unfold a super-heroic battle between two imaginary factions: The Mounds, half-human, half-plant creatures, and  The Vegans - characters from  the artist's original stories. The liquid is a urethane concoction that points to self-taught artist, Henry Darger (1892-1973), who was said to have kept large supplies of Pepto Bismol on-hand. As finely fabricated a work of modern sculpture as the  Vegan Arm may be, its story is one that stretches the limits of comprehension - a common thread throughout When the Stars Begin to Fall: Imagination and the American South, on view at The Studio Museum in Harlem through June 29, 2014.

Organized by Assistant Curator, Thomas J. Lax, When the Stars Begin to Fall offers a discourse between thirty-five inter-generational artists and positions works by “outsider” artists alongside mainstream, contemporary artists – some wielding considerable fame, including Kara Walker, Carrie Mae Weems and Theaster Gates. With many of its artists marginalized by age, geography, mental instability or confinement, the exhibition blurs the lines between reality and fiction and dares us to draw distinctions between art existing in or outside the boundaries of official culture. All featured works draw from a vast and mysterious well of Southern consciousness and connect through themes of rural life, spirituality, history, folklore, fantasy and mythology.

An obstacle course of re-invented objects, 3D constructions, video installations, drawings and  paintings, When the Stars Begin to Fall  is, at a glance, clumsy; haphazard even. Much like the blind date you weren’t initially drawn to, it is not an attractive assembly on its face. Upon closer examination, however, you will discover the individual works penetrating, the stories compelling, and the larger narrative an all-important one of the collective, unbridled imagination of a people. 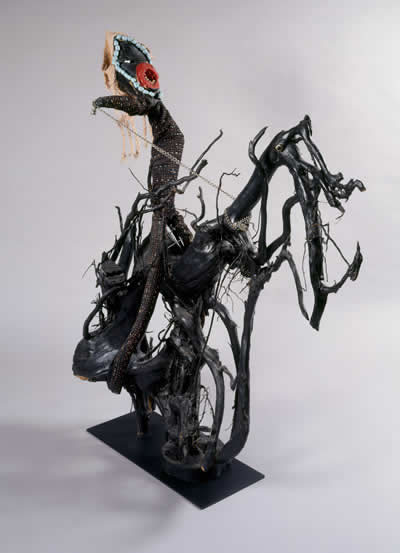 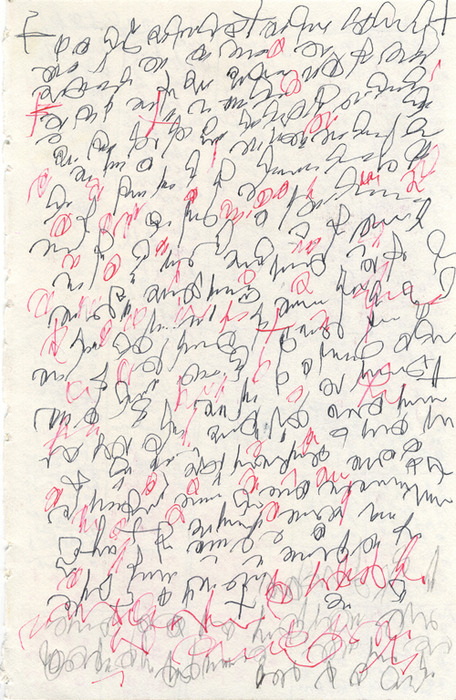 Bessie Harvey, at age forty-two, began sculpting with found wood. Inspired by  the natural contours of tree trunks, she added pigment, human attributes and accessories to bring moral and biblical stories to life. "I didn’t know when I was young that the trees praise God," shared Harvey in an interview in 1994 - the final year of her life. " I didn’t know that, but when I got older, and got in touch, for real, with the One that had walked this long walk with me, I began to read and study the Word. And it said that the trees praise God, they clap their hands. And I was drawn into a tree, some kind of way. And I kind of see the Scriptures a little different to some people, because I see people as trees, living trees, and I see our fruits that we bear, some good and some bad."

Art was a religious practice as well for rural Georgian, J.B. Murray, who became transformed  when an eagle flew overhead, revealing to him a vision of Jesus Christ. Murray, who died in 1988, lived in a shack built with his own hands, with no plumbing or electricity. Beginning at age 70, in the final decade of his life, he became known for creating thousands of abstract drawings and paintings. These beautiful, illegible scribbles come across like ancient scrolls of calligraphy and reflect a backwoods spiritual practice in which the artist believed he could "treat" people and transcribe the word of God. It is important to note that Murray could not read. The scrawlings in his art may have very well been a secret language, understood only by its maker.

With most works dated between 1964 and 2014, some featured artists were creating before others were born. This inter-generational component is most evident through Jacolby and Patricia Satterwhite's collaboration, in which the younger Satterwhite inserts his mother's sketches into a fantastical installation of wallpaper. Additionally, Lauren Kelley's Unbleached Objects - a series of miniature animated videos - responds to the renderings of Frank Albert Jones, which also appear in the exhibit and were created while he was incarcerated. Geo Wyeth, a transgender, bi-racial interdisciplinary artist, uses video animation to wrestle with the actions of his ancestor, J. Marion Sims - the celebrated father of modern gynecology, who was more recently exposed for his inhumane and racist experimental operations on enslaved black women. 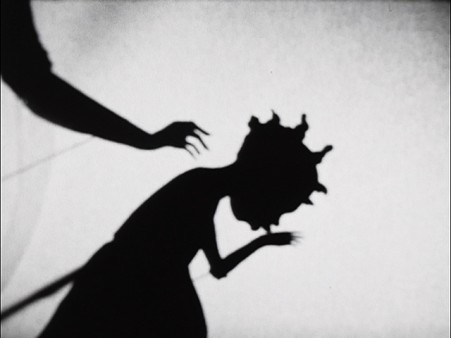 One of the exhibition's many distinguished, contemporary artists, Kerry James Marshall, contributes a pair of inevasible portraits: Frankenstein and Bride of Frankenstein. A play on tragic 19th century literature, the ominous nudes loom larger than life, ooze with both horror and sexuality, and fearlessly embrace popular myths about black masculinity and femininity. An exploration of race and history, the tale of Frankenstein is revisited here as a metaphor for the invention of the African-American.On the upper level, a gratuitously graphic video by the celebrious Kara Walker is presented on the same subject: 8 Possible Beginnings, or the Creation of African-America.

8 Possible Beginnings, or the Creation of African-America - See more at: http://www.studiomuseum.org/event-c...

The New York Times, in an otherwise hearty review, drew a final conclusion that When the Stars Begin to Fall evidenced "that some of today’s globe-trotting artists and curators long for rootedness and community."  I cannot speak for the curators but, there is a "rootedness" that dwells within black American artists, especially when one has been touched, informed or enchanted in any small way by the South. However illustrious the career, the American South isn't something that scrubs or fades away. Ever. Although memory may soften, recolor it, or sharpen its edges, The South is a destination that remains woven into the fabric of a person, any person, who has deeply experienced it. With the location representing a margin in and of itself, what this exhibition demonstrates is that the distance between African-American artists working in and outside of that margin is slim, and that even our most renowned globe-trotters are profoundly connected to the feeling of being "outside." 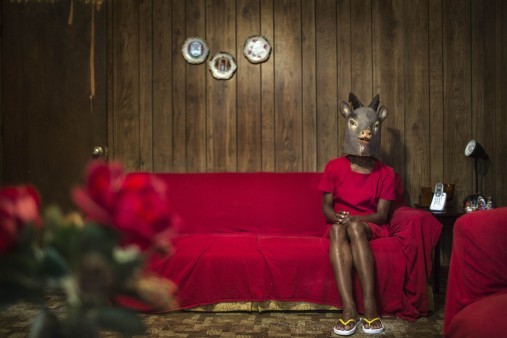 The Studio Museum in Harlemis open Thursday and Friday from 12pm-9pm, Saturday 10am-6pm and Sunday. Suggested admission is $7 for adults, $3 for seniors and students, and free for members and children under 12. Thanks to the generous support of Target, admission is FREE every Sunday. The Studio Museum in Harlem, 144 West 125th Street, NYC 10027 | www.studiomuseum.org