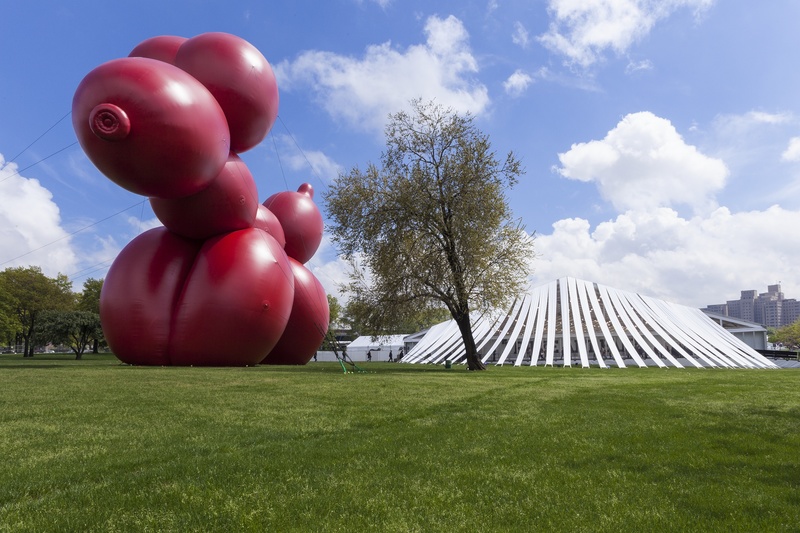 Friezer Burn: Frieze, Artexpo, and the paradox of taste

Depending on one’s relationship to art fairs such as Frieze, the social and professional rituals associated with attending them can cause fevered excitement, or make the blood run, well, cold. Visit often enough and those galleries and artists that have been admitted to this carefully guarded system reveal the political hierarchies of this particular art world. While each fair has its own approach, thousands of works, and new artists each year, the perennial experience can be one of creeping homogeneity. There is interesting work to see, but much of it doesn’t digress far from the aesthetic values and informed conceptualism of the contemporary canon, approved by a cultural one percent of curators, dealers, museum directors, and collectors. I omit critics from this list as they report on, rather than determine what we see. There is variety of course, but the pervasive sense is that the art and styles of the fairs have a generally repetitious nature. Under such conditions enthusiasm for making value judgements of one’s own can be dulled as we are trained to understand and accept what is being promoted—and sold—as important art.

Considering how much art is made, and that there are many approaches to creative expression, what might a different kind of art fair look like? Is there something out there that accommodates a different experience and offers the chance to regard taste and the structures of artistic worth in a wider context? 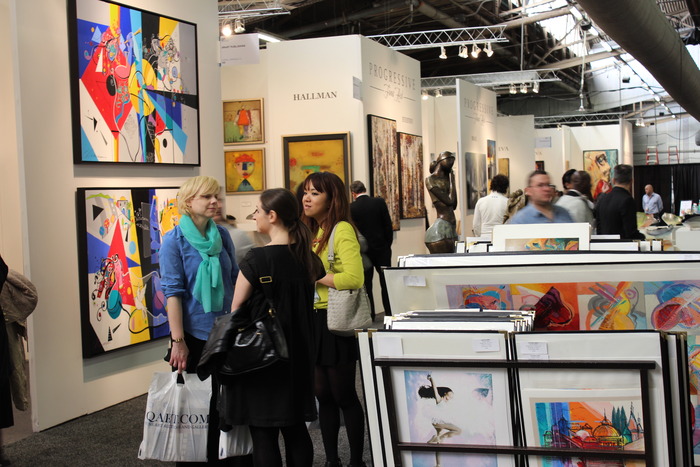 Recently, I was invited by a friend to the opening of what I thought would be a fair similar to those I have been attending for years. That was a grossly inaccurate assumption and my experience there offers a stark contrast to the approaching Frieze. Artexpo, which took place between April 16th-19th, claims to be the world’s largest fine art marketplace. It is hosted in the same pier building as The Armory Show and like its stablemate presents galleries and artists from many countries. Great quantities of art are set up along booth-lined corridors, and animated crowds wander, contemplate, and discuss. There the similarities end. The art is antithetical to that seen at Frieze; Its makers are unlikely to be picked up by blue chip Chelsea galleries, none of which were in attendance. This is not outsider art, but art outside the approved museum system. The work featured in Artexpo—and its juried individual artist pavilion “[SOLO]”—leaned toward the traditional, figurative, or decorative, eschewing the need for slick theoretical frameworks or biting art-historical cleverness. Much of it was instead pursuant of beauty, form, and color. Bright acrylics, oils, and watercolors abounded referencing and even mimicking modernist styles and famous artists past. Landscapes, abstract forms, portraits, and flowers were popular subjects. This was not the pristine cool of Frieze.

Setting the tone, one of the foremost booths was that of the lightning rod “Painter of Light,” Thomas Kinkade. His twee, bucolic landscapes have been consistently ignored by museums and major galleries despite populist success, which has continued beyond his 2012 death. He inhabits a similar remote location as his Scottish counterpart Jack Vettriano—not present at Artexpo—whose film-noire paintings finally graduated from household calendars and coffee mugs with last year’s retrospective, boldly hosted by Glasgow’s Kelvingrove Art Gallery and Museum. That’s the equivalent of Kinkade having a major exhibition at the Frick.

Kinkade’s inclusion sets up an interesting dichotomy. It is instructive to consider what the environmental, socio-economic, and cultural factors are that cause an individual’s taste to settle on one or the other, for rarely do these aesthetics or their proponents interact. Why are Kinkade and his ilk so harshly derided by those who in turn may be seen as pressing cultural elitism?

The audience at Artexpo differed too. It was, like the work, more democratic, less of the tailored exclusivity of Frieze. It was more public than in-crowd. Perhaps drawn by the decorative accessibility and the domestic possibilities, conversations were more practical and personal because this art is within financial reach for the audience. 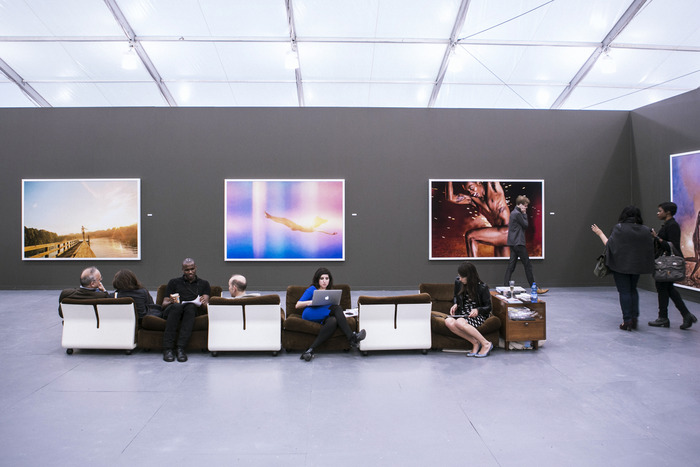 Frieze and Artexpo represent different art worlds. They have different intents, varying or opposing artistic agendas, and rivalrous tastes. They can be antagonistic and dismissive of each other, but both exist. Adherents of each are earnestly committed to what they do, and both are thriving. Artexpo may not be highly valued by someone who has experienced the critical education of an MFA program, the finishing schools of New York’s residency programs, or Chelsea’s art scene, but the proclivities of those artists and their collectors are equally legitimate, for who has the authority to dictate taste? The purpose may not be to contribute vigorous dialogue at the vanguard of art and society but they have a constituency of their own, and while the work of Artexpo exhibitors may not be readily permitted entry to the Guggenheim or MoMA format, that does not necessarily render it of lesser expressive value.

This week will see the annual trek to Randall’s Island, while around the city other events, including Cutlog, NADA, and Fridge will offer alternative experiences, the latter perhaps furthest from the Frieze model. So, as we attempt to form our own responses to what is shown in the coming week, it may be informative to remember that what is presented in the booths exemplifies a fraction of the tastes that exist, and that there are divergent realms of art whose inhabitants might consider Frieze, not themselves, to be at the chilly periphery.

Metro Manila Meets Dubai: Curator Ringo Bunoan Talks Art Dubai's Philippines Focus Group Exhibition
3/14/16
COMMENTS (2)
Redefining Beauty
While I don't think Kincaid's work enters into a definition of beauty, I do wonder when the beautiful and the thought-provoking became mutually exclusive. Are qualities such as sensitivity, meticulousness, or even sheer painterliness now the antithesis of rigor in art? Dagmar Painter, curator
Comment by: Jerusalem Fund Gallery on Wednesday 05/07/14 at 6:33 PM
Re: Paradox of Taste
Great observation and commentary!!! A viewpoint that is seldom put forward... rarely the twain shall meet!!! I personally appreciate both worlds but find few people who do. Cliff Kearns - artist.
Comment by: Cliff Kearns on Wednesday 05/07/14 at 1:42 PM
ArtSlant has shutdown. The website is currently running in a view-only mode to allow archiving of the content.