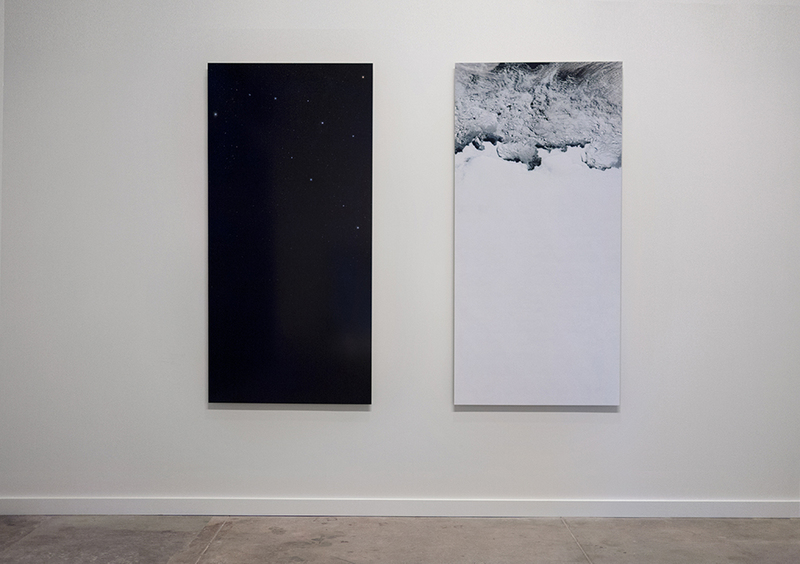 Black as midnight on a moonless night

"Black as midnight on a moonless night."

That’s how Special Agent Cooper likes his coffee, and that’s what I thought of when viewing SUPERBLACK by Jordan Tate, at Transformer Station in Cleveland, Ohio.

“That’s pretty black,” says Pete Martell, as he pours a cup of coffee for Cooper in that first episode of Twin Peaks.

Tate became fascinated by the concept of the blackest black in 2012 after wrapping up his book Gamut Warning, and thinking at the time of space as “the master gamut.” He stumbled across a British team working on creating a superblack and was “kind of hooked from there.” The endeavor turned earnest after a conversation with and commission from Fred and Laura Ruth Bidwell (of the eponymously named foundation and collection, which runs Transformer Station along with the Cleveland Museum of Art). 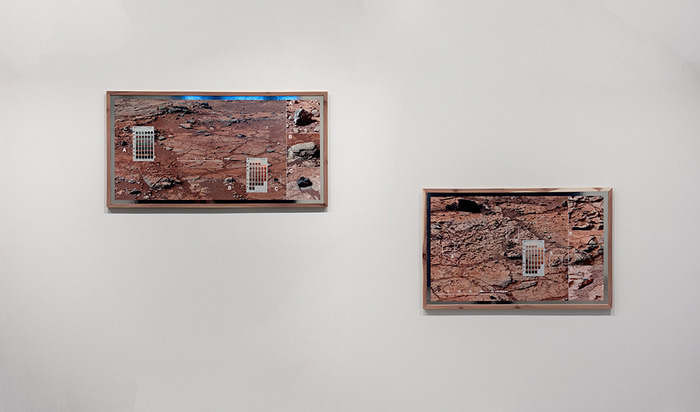 Tate, trained as a photographer, has since been on a quest to find the blackest black. No kind of ink, or paint, or photographic paper will give you perfect black. He ordered black, non-reflective foil, the stuff they line the insides of telescopes with; that was pretty black, but “not mind blowing,” as he put it. Finally he got his hands on a material that absorbs almost all electromagnetic radiation, visible (and invisible) light: carbon nanotube arrays.

With help from the laboratories at the University of Cincinnati and an industrial designer in Germany, Tate made SUPERBLACK: a white box, its interior lined with a multi-walled carbon nanotube array and ultra-diffusive light absorbing foil. An aperture on the face of the box allows the viewer to peer in at the complete and utter darkness.

First of all, it’s smaller than you think will be. It’s not the yawning void, the inescapable black hole you might imagine. It’s quite modest, sitting there on a white pedestal about the height of an average person, flanked by two powerful yet diminutive HEPA filters (to control dust and provide some white noise). It’s approachable and somewhat anthropomorphic, this void, in the same way that HAL is in 2001: A Space Odyssey. Only slightly suspicious. During the opening I kept glancing over at it, getting the feeling that it was watching us. And indeed it was, absorbing all of the visual information around it, all the light reflecting from our bodies, our clothing, the room—mute, stoic, giving nothing back.

The allusion to 2001 is not accidental; the exhibition catalogue features an excerpt from Arthur C. Clarke’s novel describing the black monolith that appears: that mysterious harbinger, representing the ultimate unknown. In the catalogue’s glossary, the cultural connotations and scientific explanations of darkness and lightness are surveyed, from dark matter to the Enlightenment. 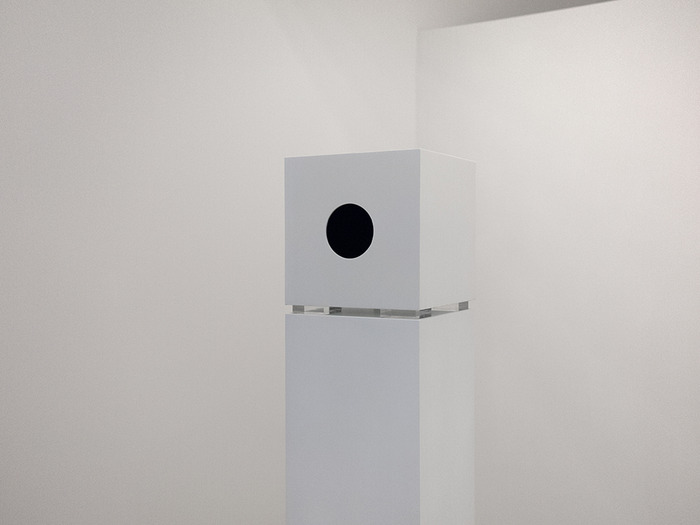 Tate further explores the dark/light binary in two large-scale, monolith-shaped prints: one a vision of the black night sky, the other a view of a polar ice cap. As Tate explained to me, both photographs (sourced from the internet) were ostensibly taken from about the same elevation in orbit around the earth: one looking out, one looking in. “The contrast between black and white sits at the very apex of their hierarchy of universal terms: that is, all languages will make this basic distinction and make it before they make any others,” wrote the linguist Charles Goodwin.[i] In Twin Peaks there was the White Lodge and the Black Lodge, a place of great goodness and a place of dark forces, the light and the darkness, good and evil.

Let’s go back to SUPERBLACK. What struck me most about viewing this work was my eyes’ inability to truly perceive this pure blackness. Dancing across the surface of my vision were familiar striations and faint static, what appears when you close your eyes tight. I couldn’t gaze into the blackness—almost as if my own mind stepped in to insert the visual equivalent of white noise, to protect me from truly glimpsing the void.

The flaws of human (and machine) perception and our efforts to counteract them form the basis of Tate’s other primary focus, which he explores in the other works on view. On the west wall, a diptych: two photographs taken by the Mars rover with scales of measure indicated on them, though, as Tate pointed out to me, those scales were essentially useless without taking into account the position of the camera; as a gesture of that uselessness, Tate introduced soil color sample charts onto the photographs, practical for use on Earth, but pointless to compare the soil on Mars. On the north wall: a photograph of an ancient statue—Tate was careful to select a Greek statue of uncertain provenance and authorship, whose art historical credentials were supplied and verified only by the institution that houses it—and a sculpture comprising an archaeologist’s grid propped on the wall next to a mylar backdrop on which is arranged a level, a shim, and a plaster statue, modeled after a Greek bust, which the artist fabricated, broke, and then re-plastered. The grouping brings to mind the futile yet relentless measure of art history, the malleability of perception, and our need to quantify, to measure, to evaluate.

Next spring, SUPERBLACK is scheduled to travel to New York, to Denny Gallery on the Lower East Side. If you’re lucky enough to be in Cleveland right now, you can gaze into the void long before New Yorkers get a chance. Concurrently on view at Transformer Station, and on the absolute opposite range of photography, is the phenomenal project Redheaded Peckerwood by Christian Patterson.